With 10 of the world’s only ski-equipped LC-130 Hercules aircraft, commonly referred to as a Skibird, the New York ANG’s 109th Airlift Wing is able to provide the airlift needed in Antarctica and Greenland

With 10 of the world’s only ski-equipped LC-130 Hercules aircraft, commonly referred to as a Skibird, the New York Air National Guard’s 109th Airlift Wing is able to provide the airlift needed to get to remote locations in Antarctica and Greenland in support of the National Science Foundation. 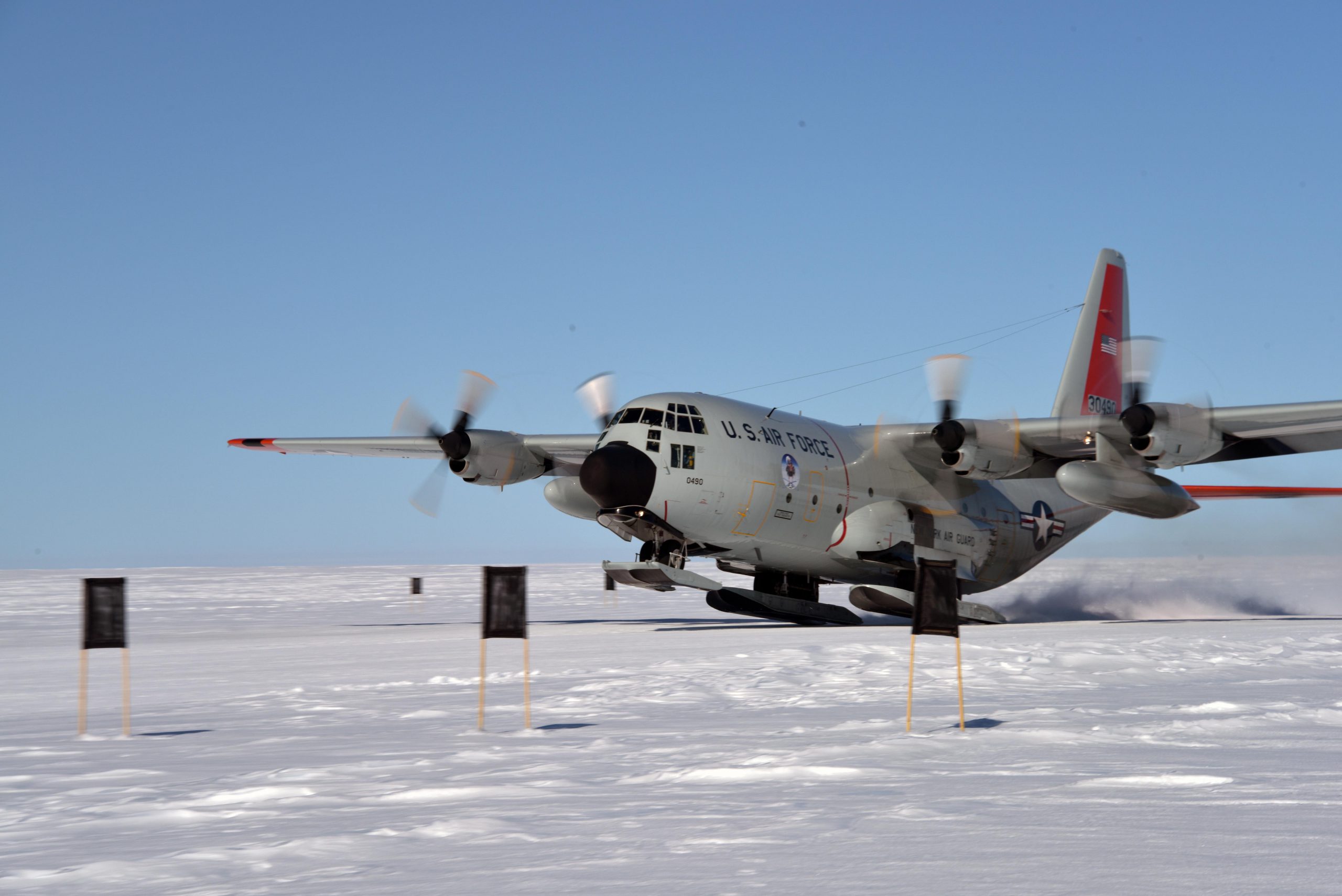 An LC-130 Hercules "Skibird" takes off from Raven Camp near Kangerlussuaq, Greenland

It’s a mission unique to the wing and one that requires specialized training. While upstate New York, where the unit is based, is known to have some brutal winter weather, it still isn’t enough to get these aircrews trained to land and take off on snow and ice.

That’s where Raven Camp comes in. Located 108 miles southeast of Kangerlussuaq, Greenland, on the Greenland ice cap, the is where aircrews get the specialized training required to fly in and out of some of the world’s most austere locations. It’s also the location of Kool School’s field portion — three days to learn arcticsurvival skills.

With 50 training missions already completed since the Greenland season began in April, the aircrews are well on their way to being ready to fly in Antarctica.

“We’ll get them out to that snowfield, and we’ll work on our takeoffs and landing,” said Air Force Maj. Justin Garren, 139th Airlift Squadron’s Greenland Operations chief. “We’ll work on special procedures on the ground for the loadmasters to load and unload on the snow.”

Air Force Maj. Dia Ham, a ski mission co-pilot student with the 139th Airlift Squadron, is no stranger to flying the traditional C-130 Hercules, but flying the Skibird is something new. She transferred to the unit after about 10 years on active duty, and flew her first Skibird training mission on the ice cap July 27.

“There’s a level of nervousness,” she said about her first time flying to Raven Camp. “You plan for it and you hear the stories, but it was so exciting to finally see it myself with my own eyes and be in the seat.”

Ham went on to say that while pilots learn the procedures and steps to follow for landing an aircraft in snow, nothing compares to actually doing it for the first time.

“There’s no way to change the steps that we follow or the procedures or the sequence of events — but you can’t prepare for landing on skis,” she said. 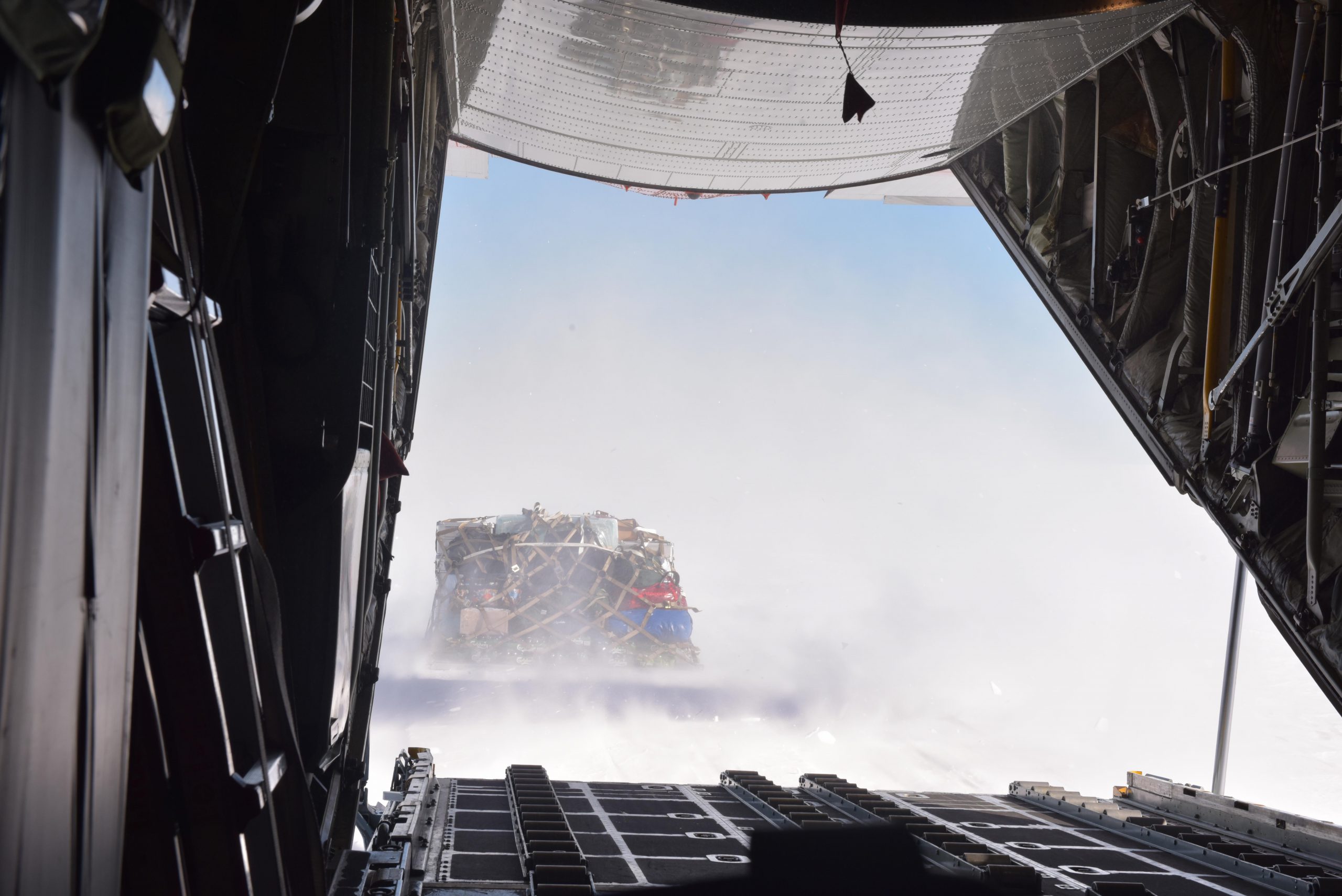 Because of the remote locations for some of the camps the wing supports, loadmasters must be able to perform combat offloads — unloading cargo while the aircraft is moving with the ramp lowered just 18 inches above the snow.

“It’s very important to learn the technique and get it right,” said Air Force Master Sgt. Randy Powell, a loadmaster instructor who has been training students this season.

“There’s a lot you have to learn really quickly,” said Air Force Airman 1st Class Taylor Richards, a student loadmaster who is on his second trip here this season. “The stuff that we do, they can’t teach you in loadmaster school because it’s only stuff that we do [in this unit]. There are only about 60 loadmasters in the unit, and we’re the only ones in the world who do this, so there’s a little bit of a learning curve.”

"[Raven Camp] is where we do a lot of our practice and learning,” Ham said. “Antarctica is all missions — there’s no time to do multiple landings or try things out. The training here is so valuable.”

The unit is currently on its fifth rotation of the Greenland season, which began in April and will end in September. About 80 airmen and three to four Skibirds are here for each rotation throughout the summer.