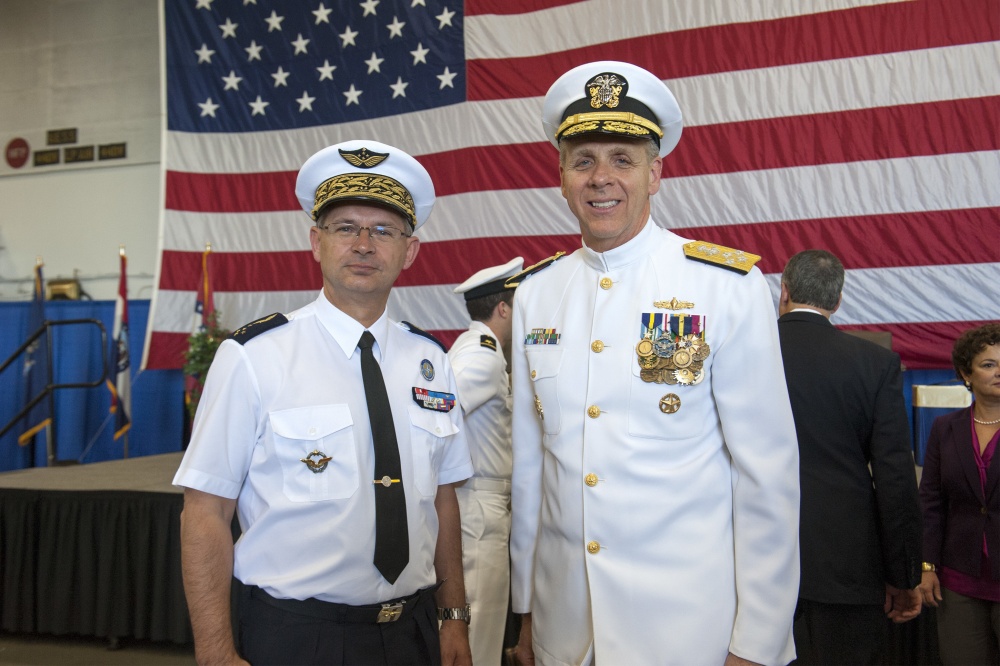 During the change of command, U.S. Navy Chief of Naval Operations, Adm. John Richardson, announced the establishment of U.S. 2nd Fleet, emphasizing the increased importance of conducting maritime, joint and combined operations within the region.

"[The United States'] National Defense Strategy makes clear that we're back in an era of great power competition as the security environment continues to grow more challenging and complex," said Richardson. "That's why today, we're standing up Second Fleet to address these changes, particularly in the north Atlantic."

The North Atlantic Treaty Organization's (NATO) Allied Command Transformation (ACT) is NATO's home in North America. As one of NATO's two strategic commands, ACT has been located in the United States since its inception in 2003.

The city of Norfolk, and the region as a whole, serve as exceptional hosts to military and civilian personnel from 34 allied and partner nations who are assigned to ACT.

"Over the last two years, I have developed a very strong friendship with Adm. Davidson," said Mercier. "Although I am sad to see him depart, I am happy for the amount of work he and I have been able to accomplish together for the 29 member nations of NATO. I look forward to developing a relationship with Adm. Grady as well moving into the future, especially with the establishment of Second Fleet. The United States' involvement with NATO's Allied Command Transformation has been fantastic and my hope is that our international partnerships will only continue to grow."

Mercier and Davidson have worked on several projects and attended international conferences together showcasing the value of NATO to operations in the U.S. and throughout the globe.

"The purpose of NATO is to preserve peace through deterrence, defense and projecting stability," emphasized Mercier. "By aligning and operating closely with our U.S. partners at U.S. Fleet Forces Command, NATO members can ensure that we are supporting the top priorities of our world leaders."

"I want to personally thank Adm. Davidson for his vision and continued trust. It has been a true privilege to serve with him and I hope our paths cross again," said Mercier.

NATO embodies the unique bond that unites Europe and North America. The security NATO provides the international community is indivisible. In a world of global challenges, there needs to be global solutions and transatlantic security cooperation. A strong NATO equals a force-multiplier for the United States and every ally.