Following a multi-day process that includes moving the ship from the land level facility to the dry dock, the future USS Lyndon B. Johnson (DDG 1002) is made ready before flooding of the dry dock at General Dynamic-Bath Iron Works shipyard. 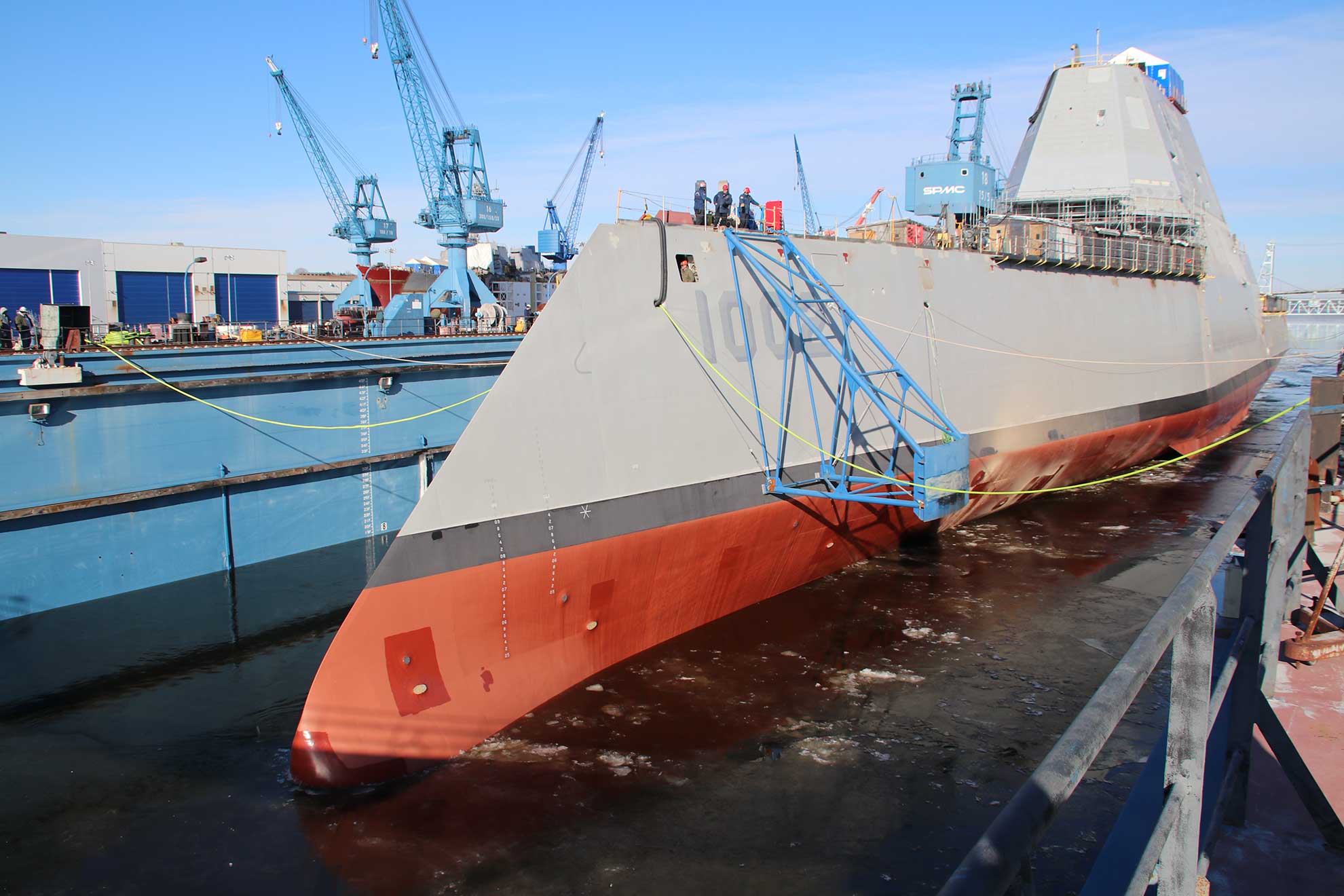 The future USS Lyndon B. Johnson (DDG 1002) is made ready before flooding

The third ship in the Zumwalt-class, DDG 1002 is named in honor of late President Lyndon B. Johnson, who served in office from 1963-1969, and will be the first ship to bear his name.

Lynda Johnson Robb and Luci Johnson, the two daughters of the former president, will serve as the ship's sponsors. In a time-honored Navy tradition, the sisters will christen the ship by breaking a bottle of sparkling wine across the bow. Robb will also serve as the principal speaker.

"The future USS Lyndon B. Johnson will serve for decades as a reminder of President Johnson's service to our nation and support of a strong Navy and Marine Corps team," said Secretary of the Navy Richard V. Spencer. "This ship honors not only President Johnson's service, but also the service of our industry partners who are vital in making the Navy the nation needs."

Johnson served as a U.S. Navy Reserve officer before being called to active duty after the attack on Pearl Harbor. He requested a combat assignment and served in the Pacific theater. After returning from active duty, Johnson reported to Navy leaders and Congress what he believed were deplorable living conditions for the warfighters. He continued to fight for better standards for all military members. 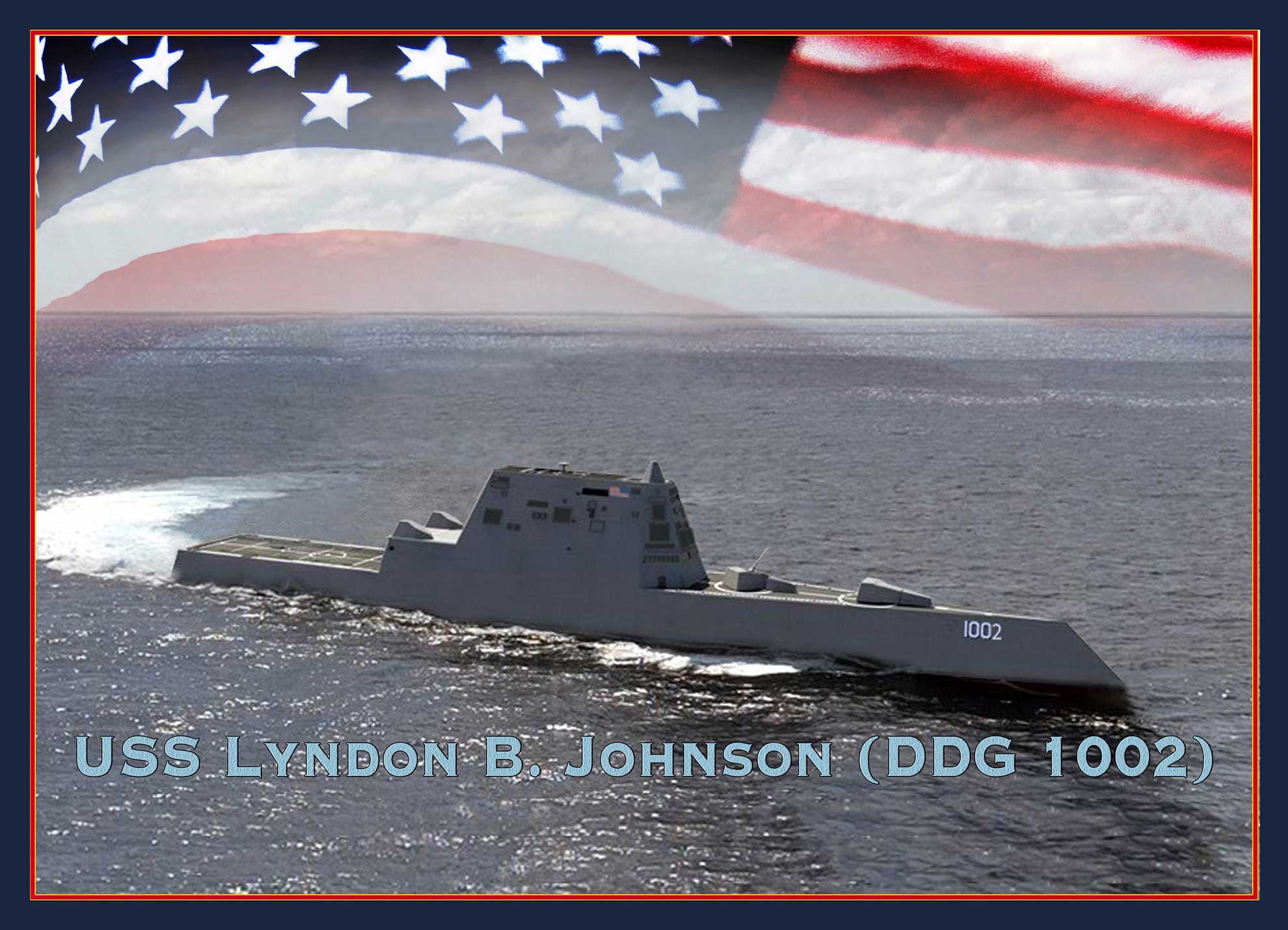 Johnson's time as president was marked by the passage of programs that greatly influenced and affected education, healthcare and civil rights for generations to come. He signed the Civil Rights Act of 1964 into law, enacting comprehensive provisions protecting the right to vote and prohibiting racial discrimination by employers. His work on civil rights continued with the passage of the Voting Rights Act, which guaranteed voting rights for all people, regardless of race.

The multi-mission Zumwalt-class destroyers will be capable of performing a range of deterrence, power projection, sea control, and command and control missions while allowing the Navy to evolve with new systems and missions. Zumwalt ships are 610 feet long, have a beam of 80.7 feet, displace almost 16,000 tons, and are capable of making 30 knots speed.

For more information on this class of ship, visit the Navy fact file