The future USS Charleston is a fast, agile, focused-mission platform designed for operation in near-shore environments yet capable of open-ocean operation. It is designed to defeat asymmetric "anti-access" threats such as mines… 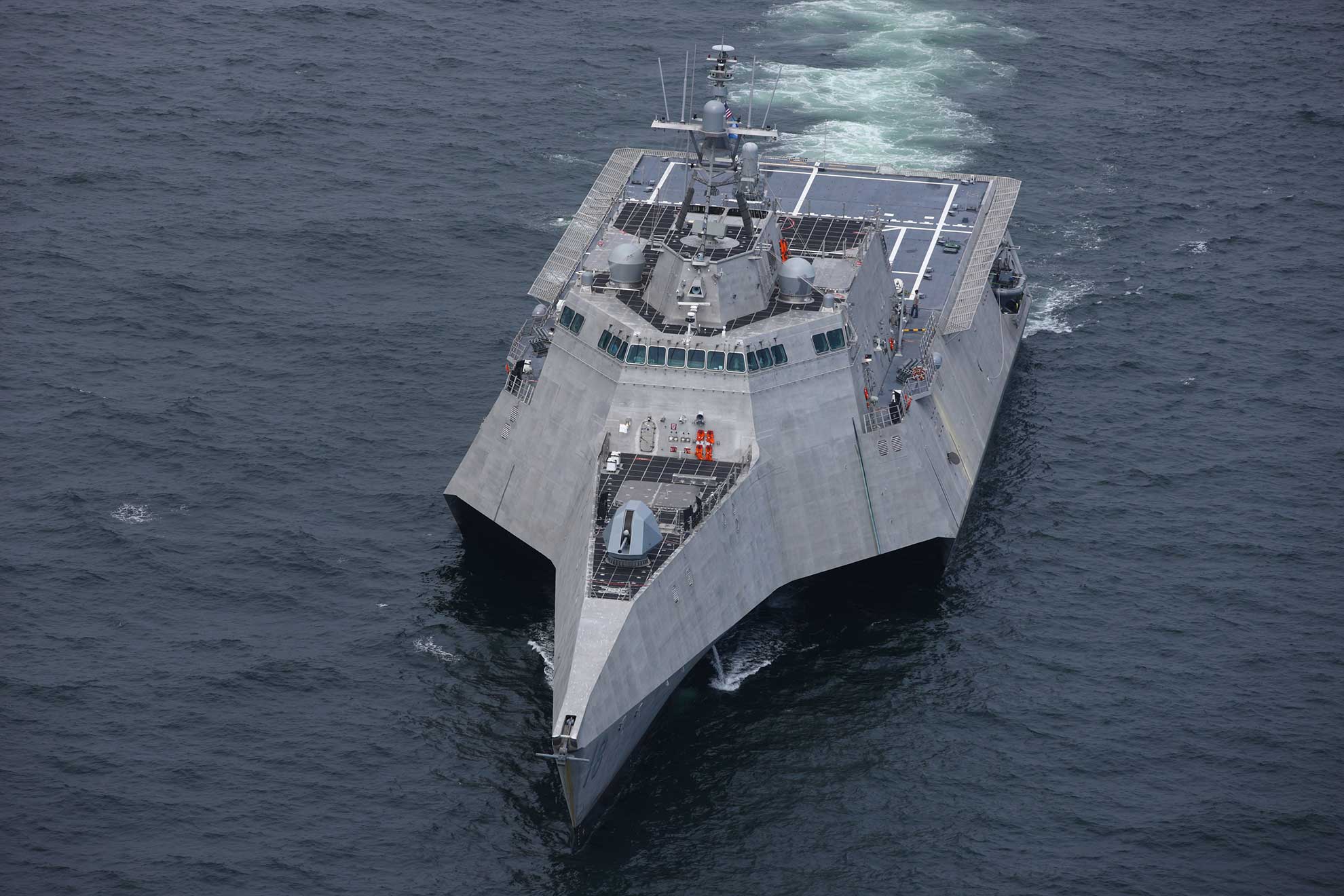 U.S. Sen. Tim Scott of South Carolina will deliver the commissioning ceremony's principal address. Charlotte Riley, wife of former Charleston Mayor Joe Riley, is the ship’s sponsor. The ceremony will be highlighted by a time-honored Navy tradition when Mrs. Riley gives the first order to “man our ship and bring her to life!”

“The future USS Charleston is proof of what the teamwork of all of our people — civilian, contractor and military — can accomplish together,” said Secretary of the Navy Richard V. Spencer. “This ship will extend the maneuverability and lethality of our fleet to confront the many challenges of a complex world, from maintaining the sea lanes to countering instability to maintaining our edge against renewed great power competition.”

The name Charleston has a long and storied history in the U.S. Navy. The first Navy ship to bear the name Charleston was a row galley that defended the coast of South Carolina during the Quasi-War with France. The second Charleston (C-2) was a protected cruiser that received the surrender of Guam during the Spanish-American War. The third Charleston (C-22) was a St. Louis-class protected cruiser that performed escort and troop transport duties in World War I. The next Charleston (PG-51) was an Erie-class patrol gunboat that earned the Asiatic-Pacific Campaign Medal with one battle star for her service in the northern Pacific during World War II. The fifth Charleston (AKA-113/LKA-113) was an amphibious cargo ship that served during the Vietnam War.

The future USS Charleston is a fast, agile, focused-mission platform designed for operation in near-shore environments yet capable of open-ocean operation. It is designed to defeat asymmetric "anti-access" threats such as mines, quiet diesel submarines and fast surface craft. The ship will be homeported in San Diego, California.

The LCS class consists of two variants, the Freedom variant and the Independence variant, designed and built by two industry teams. The Freedom variant team is led by Lockheed Martin, Marinette, Wisconsin (for the odd-numbered hulls). The Independence variant team is led by Austal USA, Mobile, Alabama (for LCS 6 and the subsequent even-numbered hulls).

The ceremony, using hashtag #USSCharleston, can be viewed on the Navy Live blog, visit http://navylive.dodlive.mil/?p=48648.

Additional information about the future USS Charleston (LCS 18) can be found: https://www.history.navy.mil/research/histories/ship-histories/danfs/w/wichita-iii–lcs-13-.html.