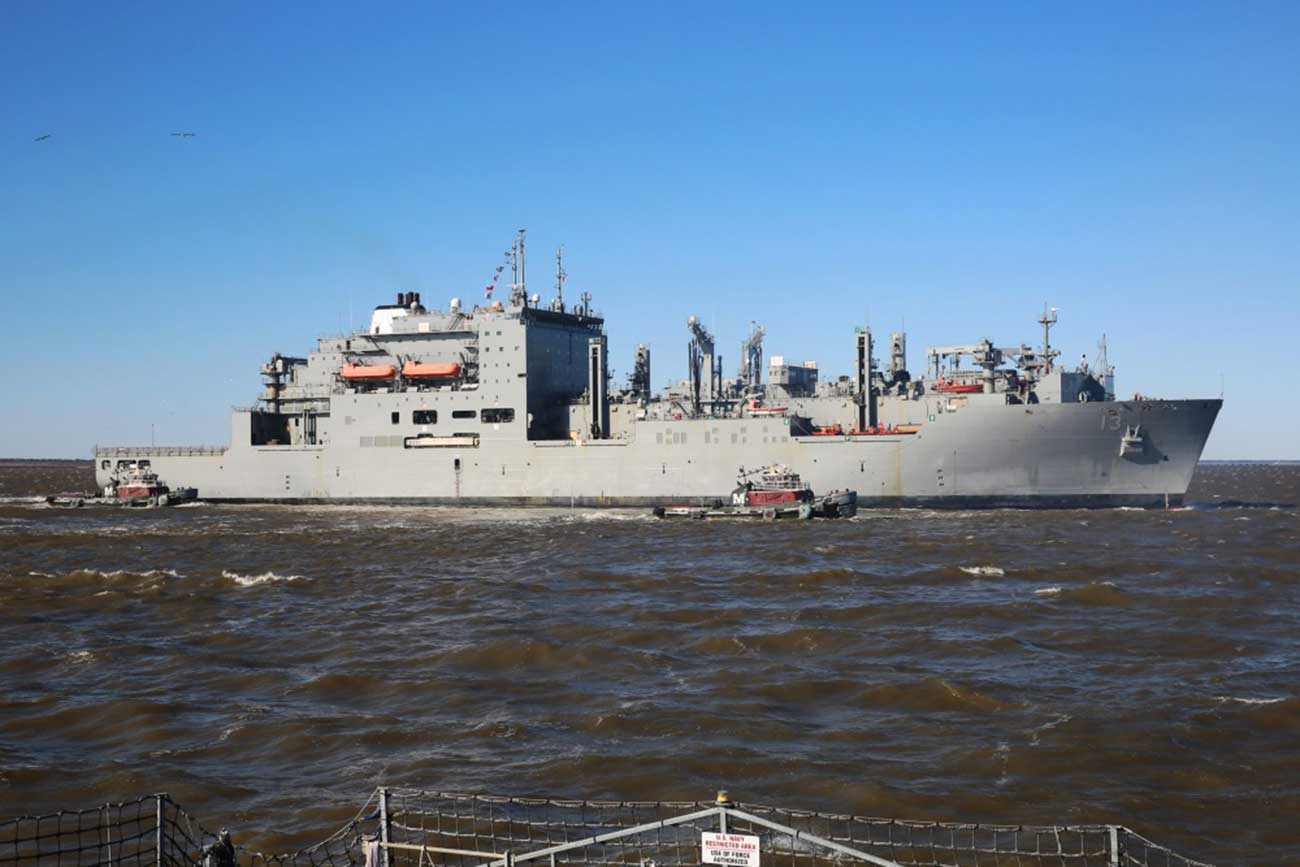 USNS Medgar Evers will be providing underway replenishment at sea services which will allow U.S. Navy and allied ships to receive supplies without pulling into port, thus allowing the combatant fleet to remain on station for an extended length of time.

“Underway Replenishment at sea, or UNREP, is the transfer of liquid and solid cargo from a combat logistics ship such as USNS Medgar Evers, to a war ship while both ships are underway,” said Capt. Andrew Lindey, USNS Medgar Evers’ master. “USNS Medgar Evers is a T-AKE or Lewis and Clark class ship. We have additional liquid cargo capacity so the ship really is a "one stop shop" for war ships. Medgar Evers provides customer ships with fuel, both diesel and jet, refrigerated cargo, dry stores, passengers, fleet freight and ordnance.” 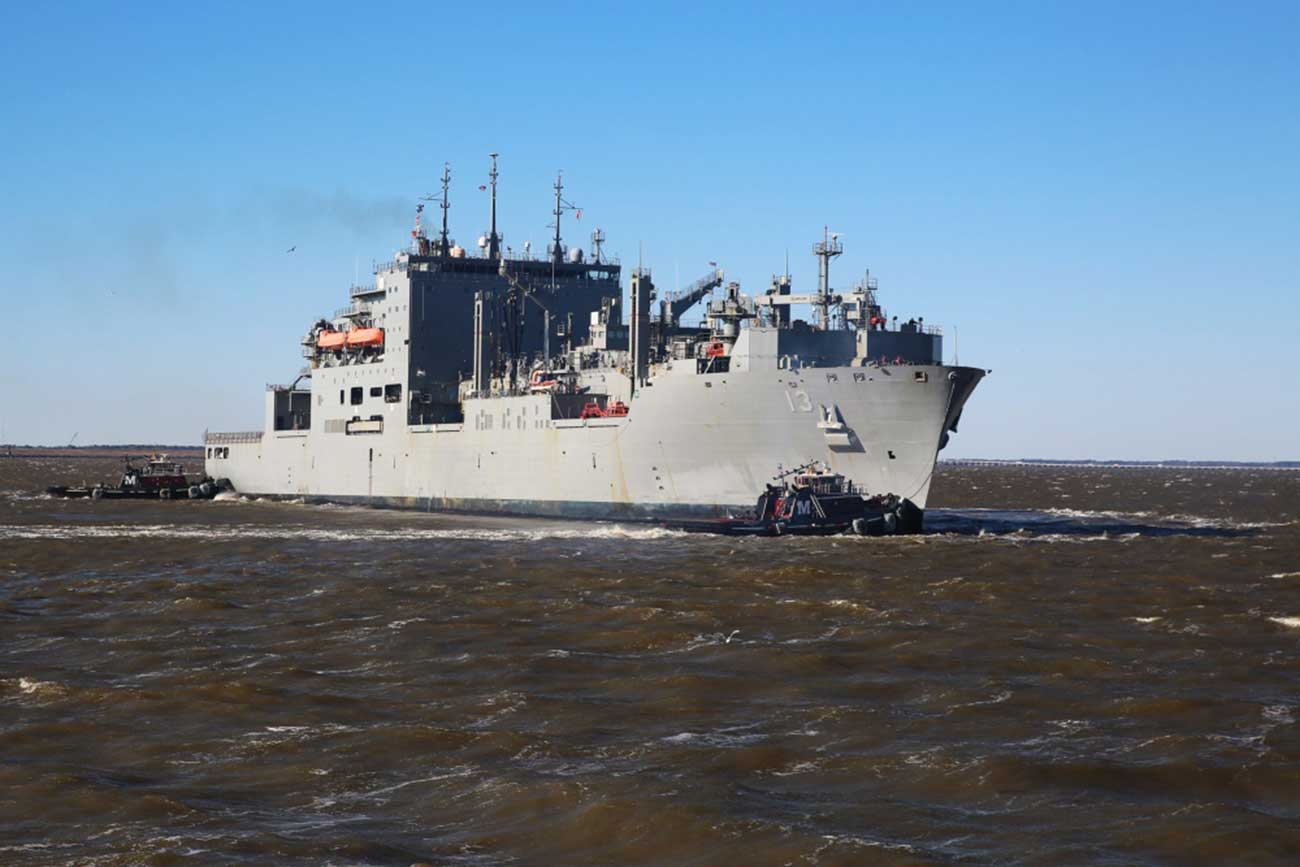 In addition to UNREP services, USNS Medgar Evers will be providing logistic support via vertical replenishment at sea which involves using helicopters to transport supplies to ships.

“Medgar Evers is deploying with a U.S. Navy helicopter detachment, according to Lindey. “Helicopter Sea Combat Squadron 22 will embark two H-60 helicopters that will participate in all exercises as well as provide VERTREP capability.”

USNS Medgar Evers is deploying with a crew of civil service mariners (CIVMARS), who operated the ship, and U.S. Navy Sailors who will support the helicopter detachment.

“The ship is fully manned with the required personnel to support five station manning,” said Lindey. “The crew includes 145 CIVMARs and 36 Sailors who make up the helicopter detachment.” 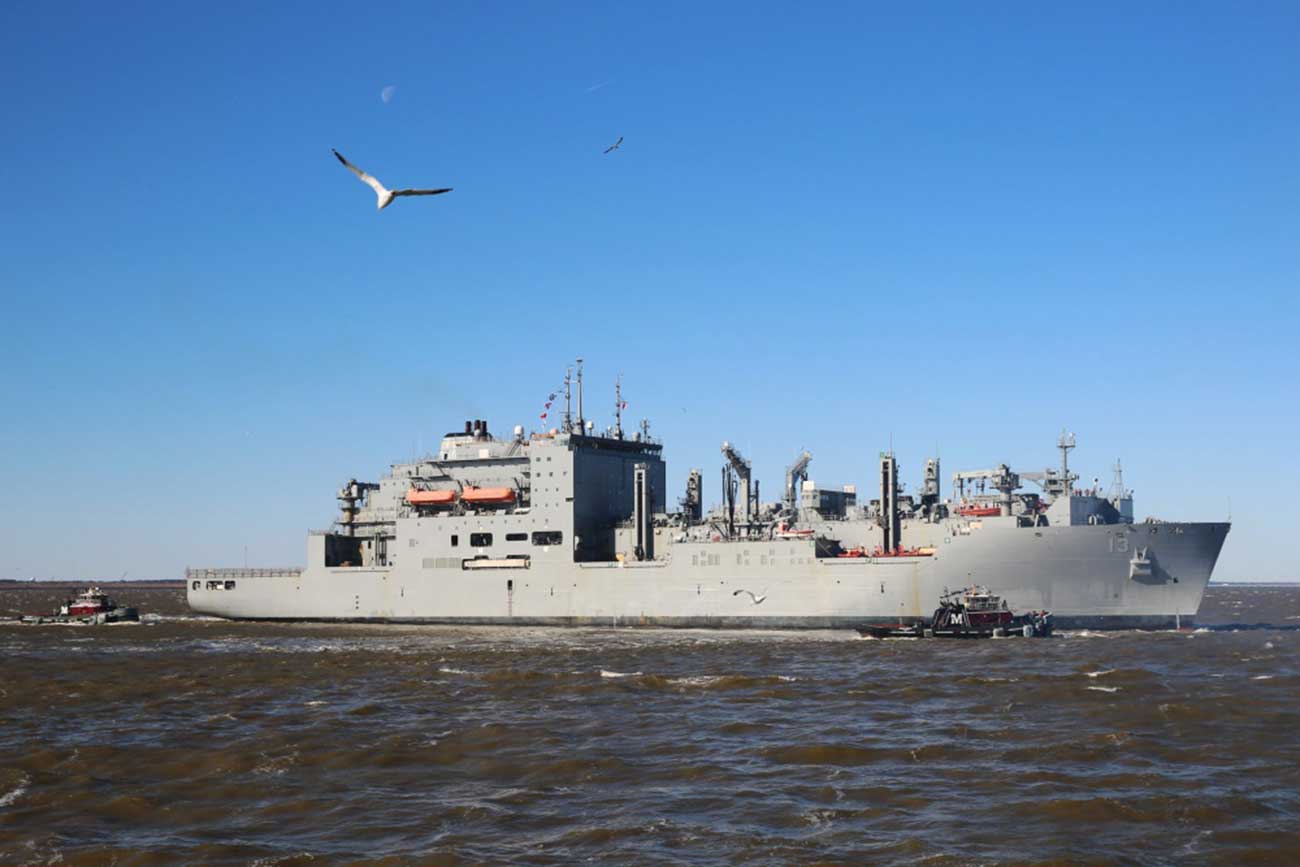 In addition to performing logistical support missions while deployed to the U.S. Sixth Fleet, USNS Medgar Evers is going to support a variety of training exercises including Joint Warrior 2019, Formidable Shield 2019, and Baltic Operations 2019.

Lindey concluded that, “This is shaping up to be a fun deployment with plenty to keep the ship’s crew busy.”