The tale of the MQ-25 Stingray tells us a lot about risk … It illuminates the basic challenge of military technology: leapfrog everybody else, with all the risk that entails? Or take the easier path, and risk being left behind?

When it comes to technology, the Pentagon is always pushing for more—more reach, more destruction, more dollars. That’s what makes the Navy’s quest for its first-ever aircraft-carrier-based drone unusual: what started out as a push for an unmanned attack drone evolved into a more modest goal of a spy drone, before surrendering to simplicity and deciding the drone’s mission would be to supply fuel to thirsty, and manned, Navy fighters.

In the vast reaches of the world’s oceans, boosting your attack planes’ range by about 50 percent, to 700 miles or so, may not seem like much (it’s 6,000 miles from San Francisco to Beijing, after all). But if this aerial robot refueler can keep the Navy’s crown jewels—its aircraft carriers—beyond the reach of China’s land-based DF-21 carrier-killing missiles, it’s worth its weight in gold. That, in a nutshell, is why the Navy wants to buy pilotless MQ-25 aerial tankers. 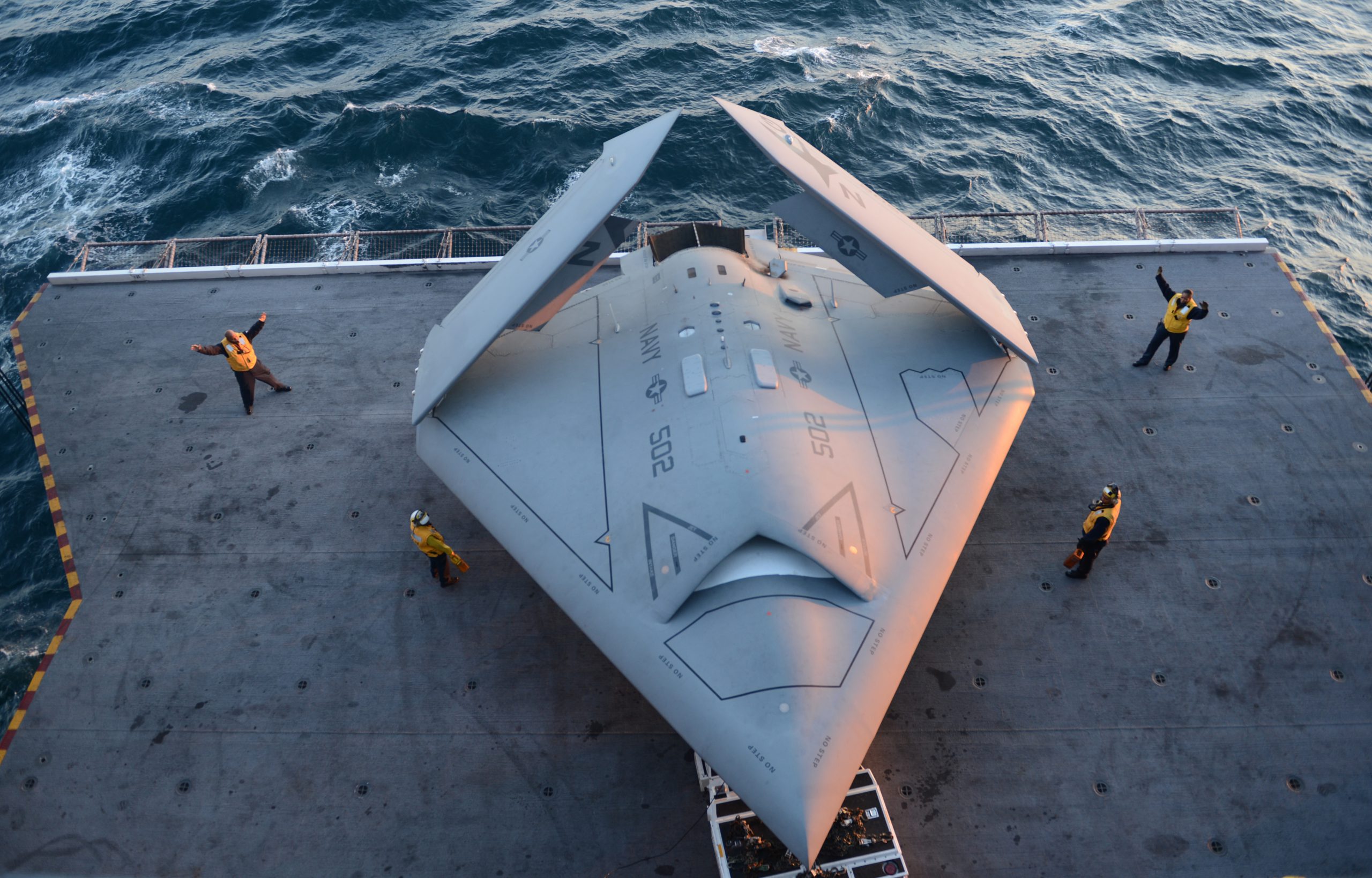 The tale of the MQ-25 Stingray tells us a lot about risk, and how much the U.S. Navy and the Pentagon are willing to take these days. It illuminates the basic challenge of military technology: leapfrog everybody else, with all the risk that entails? Or take the easier path, and risk being left behind?

To put it gently, not all naval experts agree with the Navy’s choice. “We don’t need a mission tanker,” says Jerry Hendrix, a retired Navy captain who now directs the defense strategies and assessments program at the Center for a New American Security think tank. “We need an aircraft that can launch from outside the enemy’s weapons range and hit enemy targets.”

Perhaps. But for those in the Navy who like the status quo, emasculating the drone does three critical things:

The Navy’s carrier-based warplanes find themselves in a bit of a pickle. About one of every four carrier-based F-18s is now burning through flight hours serving as a Rube Goldberg tanker for the other three. It’s kind of like dedicating that Tesla roadster in your driveway to ferrying gasoline in those little red plastic tanks for your riding lawnmower. This “buddy tanking” is wearing out F-18s well ahead of schedule, and removing those F-18 tankers from the carrier’s offensive punch.

While the Navy says the non-stealthy MQ-25 will eventually have minor spy-and-strike capabilities, that’s more of a sop to those bean-counters who fetishize multi-mission weapons (which is what the “M” in MQ-25 stands for; the “Q” stands for unmanned). The Navy plans to train pilots from its F-18s, F-35s and other aircraft to control the drones from the carriers. Beyond extending the F-18s’ range, they’ll be used to refuel returning fighters as they await their turn to land on their sometimes-congested flattops (because when they run out of gas, the pilot bails out and Davy Jones’ hangar gains a fine example of American technology.

The Navy, eager to stretch the range of its carrier-based F-18 fighters, announced this contract worth more than $200 million to the plane’s builder in February. (Image: DoD document) 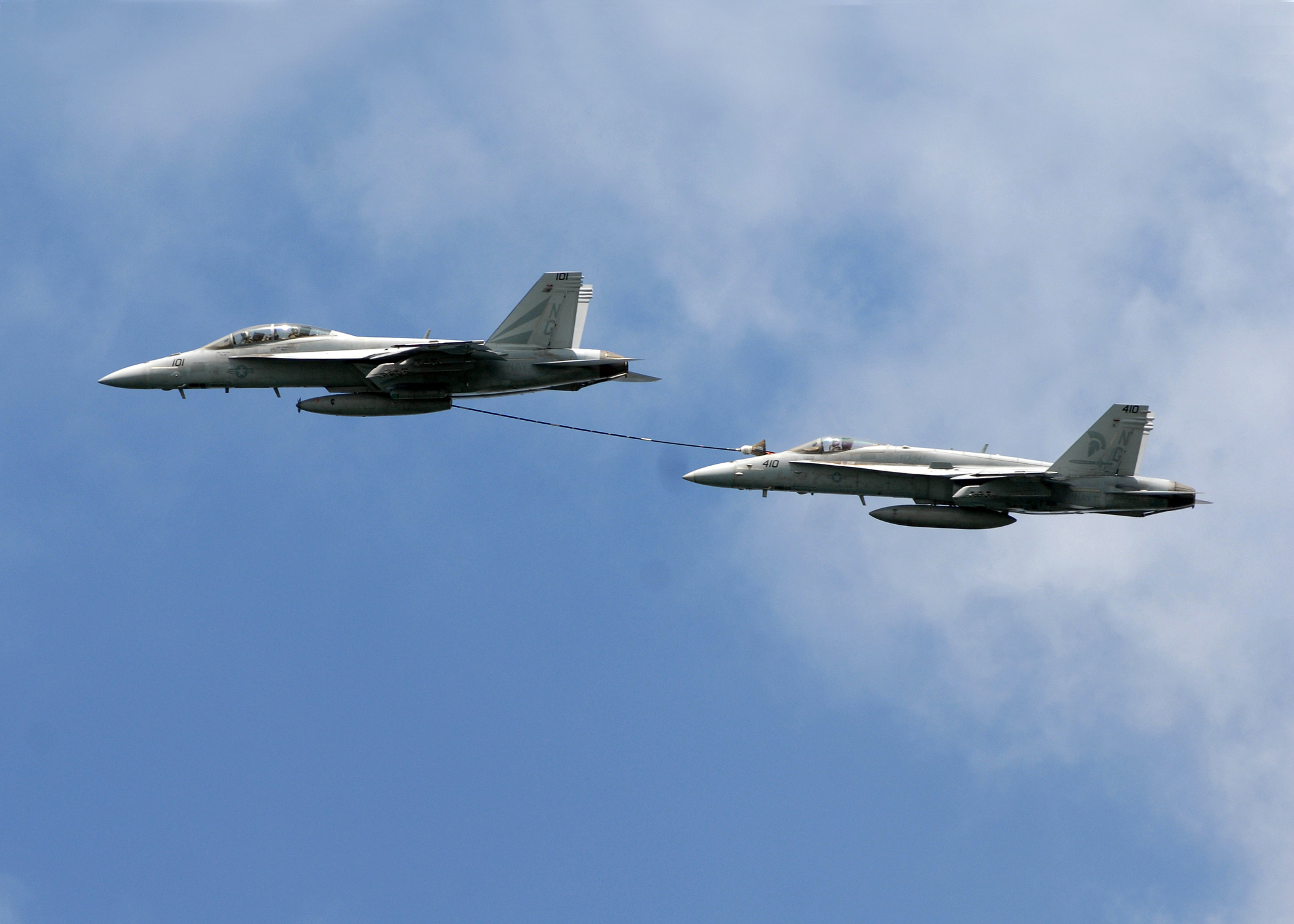 Three companies are vying for the contract—Boeing, General Atomics and Lockheed—and the Navy hopes to pick a winner later this year. It wants to spend $719 million developing the MQ-25 in 2019, but says it can’t predict the total cost of its goal of 72 MQ-25s until it selects a contractor (informal estimates are around $100 million each, or $7.2 billion for the entire buy). The drone is slated to begin operating in the fleet in 2026.

The Navy’s drone history is long and convoluted. The service launched its pilotless program in 1999, with help from the Pentagon’s Defense Advanced Research Projects Agency (DARPA). This Navy-Unmanned Combat Air Vehicle, which flew for the first time in 2003, was designed to designate targets for follow-on piloted aircraft to attack. But then the Pentagon ordered the Navy and DARPA to work with the Air Force to develop the Joint Unmanned Combat Air Systems program, which called for drones to attack targets deep inside hostile territory.

But the Defense Department scrapped that program in 2006. It told a happy Air Force to develop a new manned bomber instead. The Navy was ordered to “develop an unmanned longer-range carrier-based aircraft capable of being air-refueled to provide greater standoff capability, to expand payload and launch options, and to increase naval reach and persistence.” That became the Navy Unmanned Combat Air System, which led to the nifty Northrop X-47B, which made a series of historic carrier takeoffs and landings in 2013.

But the Pentagon killed that program in 2016 after spending $1.4 billion on it because of—get this—a lack of money. A pair of former Pentagon officials said the decision represented “strategic malpractice of the highest order.”

So the Navy began developing the Unmanned Carrier-Launched Airborne Surveillance and Strike system—UCLASS—which was intended to be a spy drone for friendly skies. But two years ago it trimmed its sails on even that scaled-back mission, switching its efforts to the Carrier-Based Aerial-Refueling System. That has become the program now known as the MQ-25 Stingray.

Northrop, with all of that X-47B drone cred under its belt, bailed out of the MQ-25 competition last fall, apparently after it concluded that its X-47B couldn’t be efficiently retooled into the more modest flying filling station.

“Despite 15 years of research and development…and clear guidance from the Secretary of Defense and Congress, the Navy is reluctant to embrace the innovation that a fully-capable unmanned strike aircraft could bring to naval forces,” a pair of Air Force procurement officials has written. The sea service, they added, “needs a much stronger internal [drone] advocate to lead the program through development and initial operational capability if the aircraft carrier is to avoid obsolescence in the coming decades.”

The Air Force, of course, is not a disinterested observer when it comes to the future of aircraft carriers. Its boosters tend to think land-based Air Force warplanes make more sense. But, not surprisingly, they’re not alone in their assessment of the future of aircraft carriers. The Chinese are keen to modify their carrier-killing DF-21 missile so that it can be launched from a land-based bomber.

If they can do it, the Chinese could emasculate the U.S. Navy’s carrier fleet overnight, with or without MQ-25s aboard. 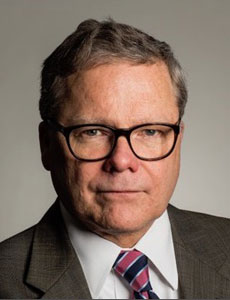 Mark Thompson has been covering U.S. national security for four decades, including from 1994 to 2016 as senior correspondent and deputy Washington bureau chief at TIME Magazine.

Mark worked at TIME from 1994 to 2016. Before that, he covered military affairs for the late Knight-Ridder Newspapers (including the Detroit Free Press, the Miami Herald, the Philadelphia Inquirer, and the San Jose Mercury-News) for eight years.

Prior to Knight-Ridder, Mark reported from Washington for the Fort Worth Star-Telegram for seven years. During that time, he and his paper were awarded the 1985 Pulitzer Prize for Public Service for a series of articles on an uncorrected design flaw aboard Fort Worth-built Bell helicopters that had killed nearly 250 U.S. servicemen.