Russia and China are rising in importance among the state powers that occupy the attention of Defense Department officials these days, and deterring those nations is the entire focus of the Pentagon’s third offset strategy.

Russia and China are rising in importance among the state powers that occupy the attention of Defense Department officials these days, and deterring those nations is the entire focus of the Pentagon’s third offset strategy, Deputy Defense Secretary Bob Work said here yesterday. 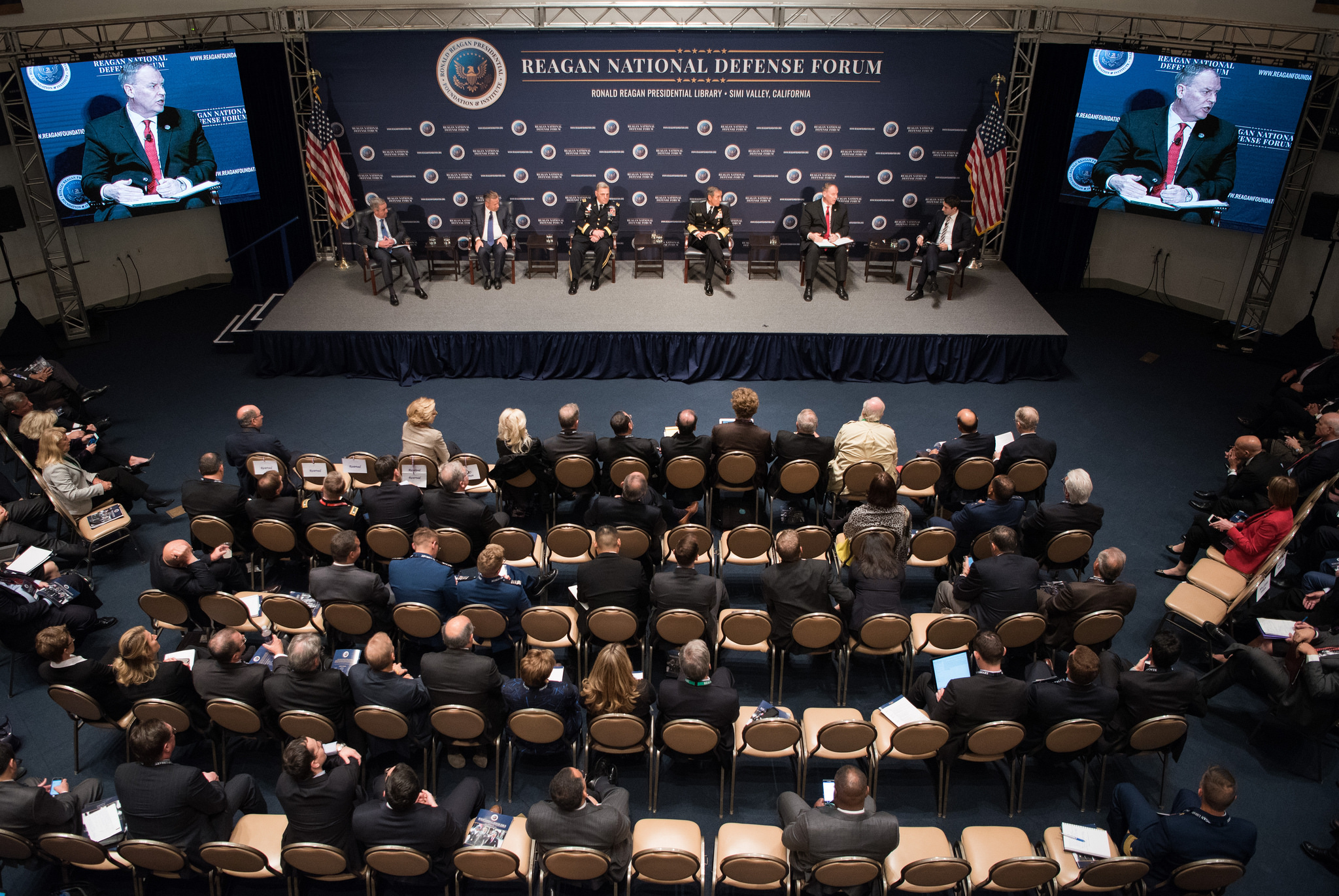 At the annual Reagan National Defense Forum, Work participated in a panel discussion on "Restoring Deterrence in an Era of Revanchist Powers," in which defense leaders discussed  deterring states practicing the political policy of recovering their lost territory or status. Joining Work on the panel, among others, were U.S. Pacific Command Commander Navy Adm. Harry B. Harris Jr., and Army Chief of Staff Gen. Mark A. Milley. David Feith of the Wall Street Journal moderated the panel.

Work referenced political scholar John Mearsheimer's definition of a great power: a large state that could take on a dominant state like the United States conventionally and also has a nuclear deterrent that could survive a nuclear strike against it.

“It's a very simple definition for a great power from the Department of Defense's perspective,” Work said, “because it focuses on capabilities.”

Russia and China, both large nuclear powers, are starting to challenge the United States conventionally, disagree with the global order that the United States has been working to build since World War II and are aggrieved, he added.

“The Russians believe that they have been humiliated since the end of the Cold War,” Work said, “and China still smarts from the [so-called] century of humiliation [between 1839 and 1949] that drives so much of its thinking.”

The third offset, he said, focuses on conventional deterrence within the framework of comprehensive strategic stability.

“If any of those things … capability, resolve or signaling … are zero, then you’ve got no deterrence. You could have the greatest military in the world, which we do, the greatest resolve to use [military force] if threatened, which we do, but if you don't have the signaling or if you signal incorrectly, you've got no deterrence,” the admiral said.

Capability — the military — is only part of the equation, he said, noting that deterrence is a whole-of-government effort and the United States must work with China and Russia inside the international system.

“I look at all that … from my vantage point in the Pacific through a dark lens,” Harris said, “and everything we do is aimed at giving the National Command Authority the ability to manage that in a complex way.”

To Milley, deterrence works when a nation is strong to begin with.

The United States still has competitive advantage, Milley said, but it also has capability gaps that are clear, dangerous and closing fast.

“While it's true the United States military is strong and very … capable and, you're not going to hear anything different from me, let’s be careful about beating our chest on that stuff,” the general said.

The world is a serious place with dangerous actors, he said. Those actors must be deterred and as a nation the United States must accept the reality that there are significant threats to the international order.

“Do we want to continue that international order or not, because it is under challenge by Russia, China, North Korea, Iran and terrorists. Coming to grips with that means maintaining capabilities in order to assure our allies and deter our adversaries,” Milley said.

“It’s done through strength, which is a combination of size and capability,” he added, “and we've got some work to do on that. I think the current [DoD] leadership has acknowledged that, and I think the future leadership will do the same.”

Work says that what’s different in U.S. strategic competition with China and Russia is that America’s national strategy values allies.

“What every president since World War II has said is that Article 5 [of the North Atlantic Treaty] are ironclad … [and] I don’t think anybody in Russia or China doubts our resolve to NATO and to our allies of the Western Pacific, Work added, noting, “That is a very big help for deterrence against both these great powers.”

Parties to the 1949 treaty agree that an armed attack against one or more of them in Europe or North America will be considered an attack against all, and all will help, with military force if necessary, the party of parties attacked.

In response to a question about how Russia and China see the U.S. deterrence balance and U.S. capabilities today, Work said the he knows for certain that the Chinese conception of deterrence is on demonstrated capabilities.

“I know for certain that the Chinese and Russians both are trying to … duplicate our level of jointness,” he continued, “and I know that they're trying to gain technological parity. At this point in time I am confident that both Russia and China believe the United States … has a competitive advantage today.”

The deputy secretary said “the irony is, [believing] that is forcing them to put a lot of money into capabilities … so the trend lines are what I think concern the Department of Defense — how do we make sure that … the trend lines at the end of 10 years still have them thinking that we have a competitive advantage?”

In the months ahead and with a new administration transitioning into the White House, Work said the nation must debate America’s role in the world.

“I think the American people will take part in that debate and tell us," he added, "what they stand for and … [understand] who do we want to deter, how we want to deter them, who we want to have as allies [and] who will we protect. All those questions need to be answered.”

Work attended the defense forum as part of a four-day trip that began with a stop in Tucson, Arizona, where he met with Raytheon defense contracting officials and then visited Davis-Monthan Air Force Base airmen. After arriving in California, he visited Boeing Defense, Space and Security in Huntington Beach.