Seventy-five years since the attacks on Pearl Harbor that spurred U.S. involvement in World War II, Defense Secretary Ash Carter and Japanese Defense Minister Tomomi Inada met in Tokyo today to affirm an enduring alliance of peace, stability and security within the Asia-Pacific region and beyond. 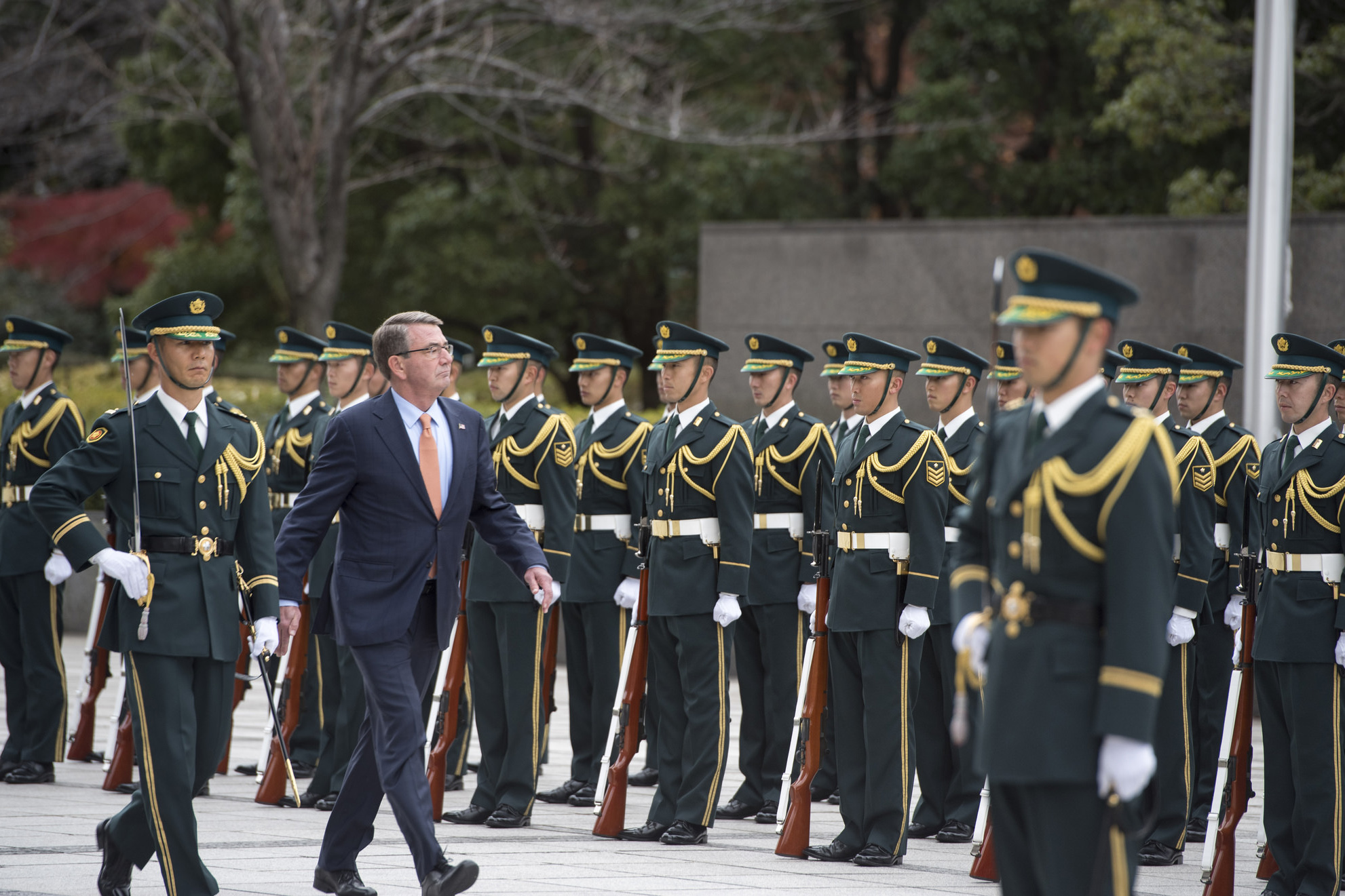 In remarks during a joint news conference, Carter praised Inada as a “dedicated, incisive partner,” who, even during their brief time as counterparts, has already taken important steps with him to help afford the Asia-Pacific region a peaceful and prosperous future.

“Today, our alliance, which we see as the cornerstone of regional stability, has never been stronger or more capable of contributing to security throughout the region and beyond,” Carter said.

Carter noted that practical steps between the two nations include updating defense guidelines, continuing to modernize the alliance, and catalyzing the region’s “principled and inclusive security network.”

Of partnership success, he credited among other milestones the adoption and implementation of new defense guidelines, which he said facilitate addressing threats across multiple domains, including space and cyberspace. 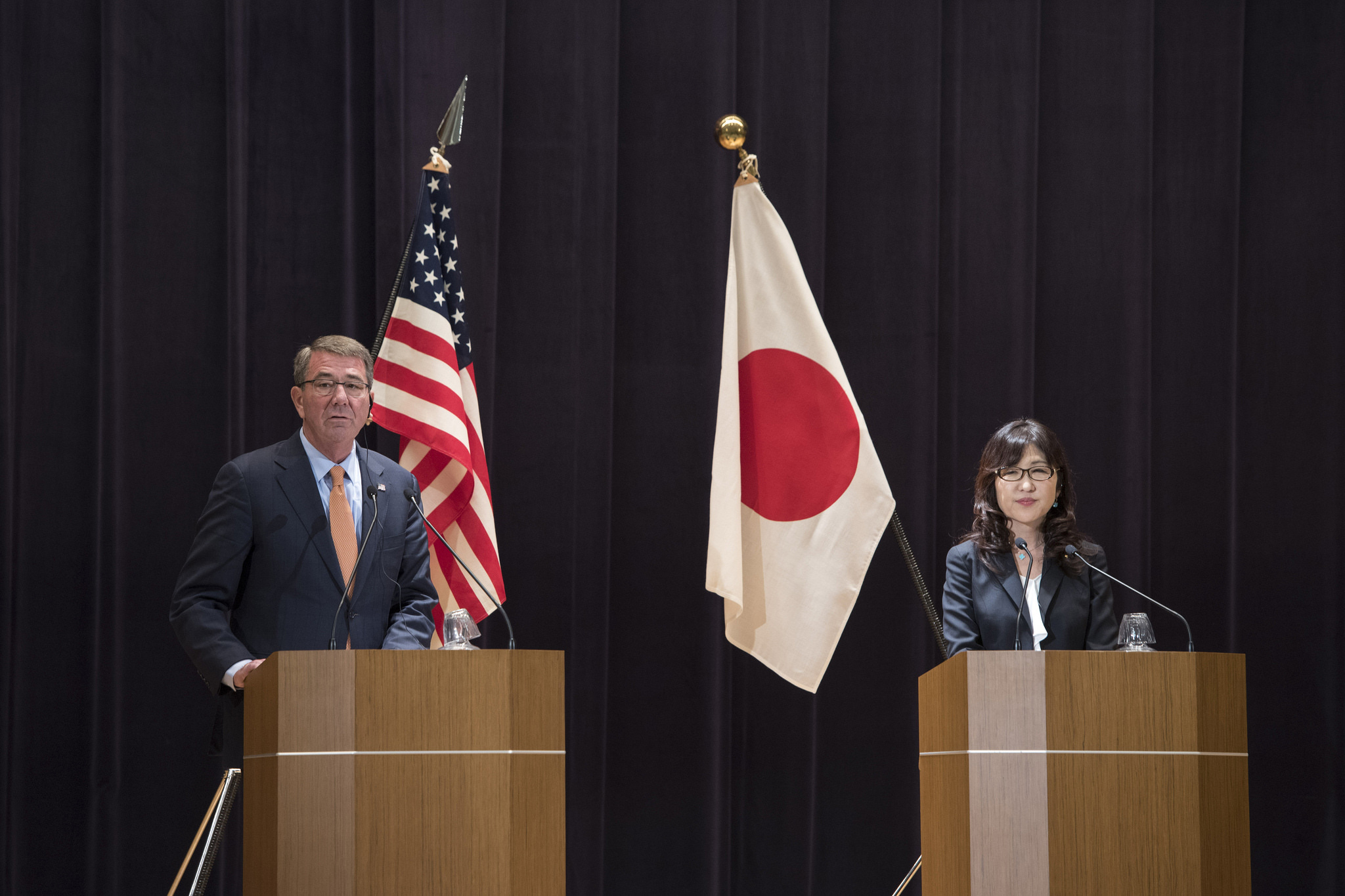 And almost two years ago, the U.S. Defense Department and Japanese Defense Ministry announced deployment of a second missile defense radar system, Carter said, “to strengthen our combined ability to defend against the threat posed by North Korea’s continued nuclear and missile provocations.”

The secretary expressed appreciation for Japan’s role in realigning joint forces there, relocating Marines to Guam, and reducing the U.S. footprint on Okinawa while maintaining the necessary personnel and capabilities to keep the region secure.

Carter recently confirmed with Japanese Prime Minister Shinzo Abe that the United States will return nearly 10,000 acres of land in the Okinawa northern training area to Japan by the end of the month. “That’s the largest U.S. land return here since 1972,” he said.

Interoperability continues to grow, Carter said, as evidenced by his recent visit to the Japanese Maritime Self Defense Force helicopter destroyer ship, JS Izumo, which he described as a “tremendous platform for Japan’s work with American forces,” as seen in Keen Sword, an exercise focused on amphibious operations.

Benefits to Other Partners

Carter emphasized that other nations, such as Australia, South Korea, and India, can also benefit from blossoming U.S. and Japanese harmonies by way of several important trilateral mechanisms.

“These growing trilateral partnerships will help us partner together to provide security from one end of the region to the other,” he said. “The U.S.-Japan-Korea trilateral relationship is a perfect example of that kind of growing cooperation.”

Carter said the ever-growing bond with Japan is a testament to the strength of the Japanese and the American people.

“Out of the depths of World War II, our nations have forged a common bond based on shared values, mutual interests, and a joint vision for a stable and prosperous Asia-Pacific,” Carter said. “Today, our robust alliance and our friendship demonstrate to the region and the world what can be accomplished when you not only share the hope for a principled and inclusive future, but also stand together to realize it.”