Iraqi security forces launched their latest offensive against the Islamic State of Iraq and Syria in the northwestern city of Tal Afar.

Iraqi security forces launched their latest offensive against the Islamic State of Iraq and Syria In the early hours of Aug. 20 in the northwestern city of Tal Afar, the Operation Inherent Resolve deputy commander said today. 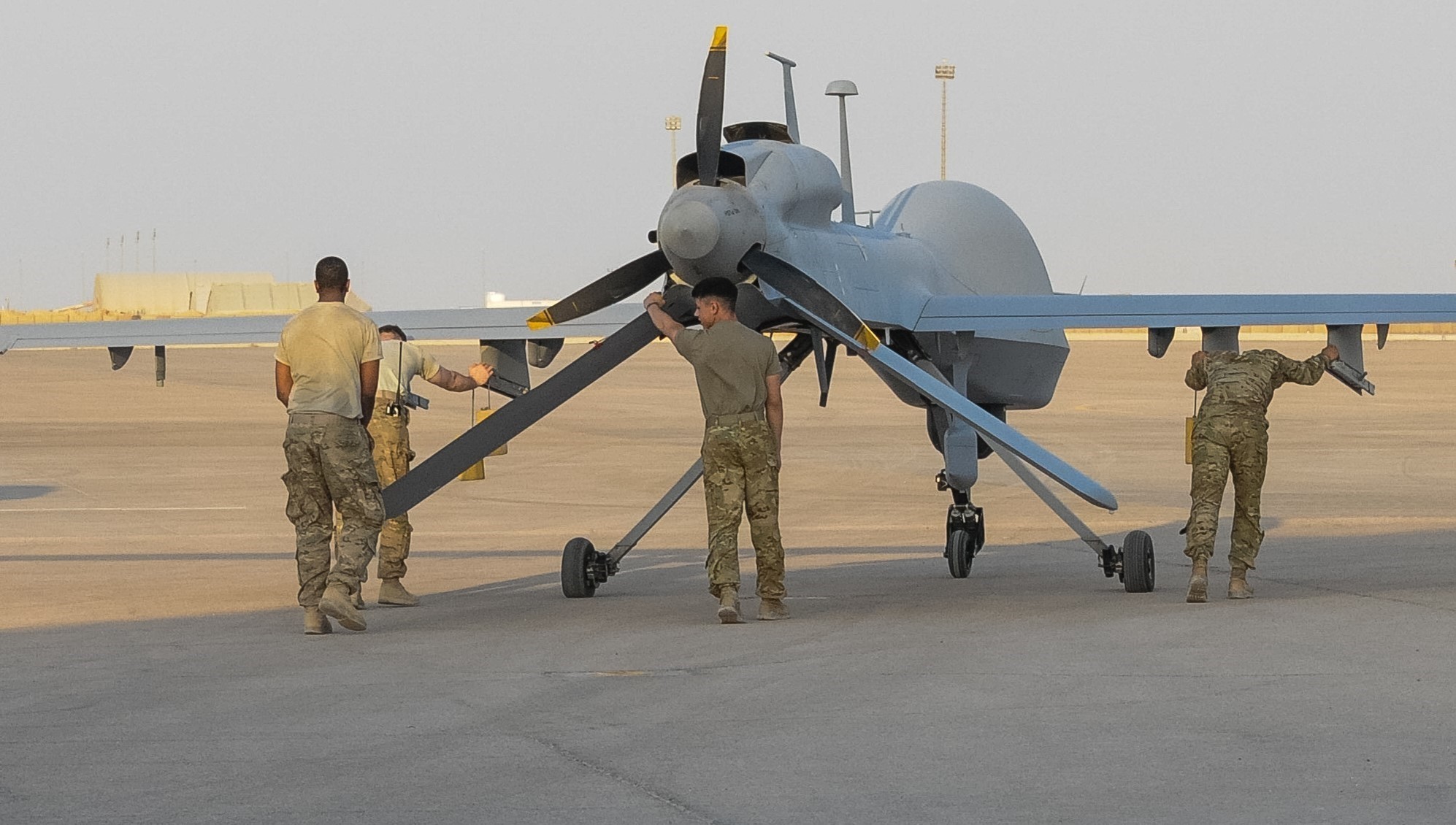 He said all Iraqi security forces branches are taking part in the operation. Three Iraqi army divisions, the counteterrorism service, the federal police, the emergency response division, the Iraqi local police and the popular mobilization forces all are under the command of Prime Minister Haider al-Abadi.

“They’ve made a really positive start, but we should expect it to be a tough fight,” Jones said. “As always, the coalition will be there in support, providing equipment, training, intelligence, precision air and ground artillery fires, and combat advice.”

Once Tal Afar is liberated, Jones said, much remains to be done.

Iraqi fighters must drive ISIS from Hawija, north of Baghdad, and from the stretch of the Euphrates River Valley leading to the Syrian border, he added. “The momentum is clearly with the Iraqi security forces, and they have the intent and capability to complete the military defeat of [ISIS] in Iraq. And the coalition will be there in support all the way,” Jones said.

“The Iraqi security forces have prevailed in the toughest urban battle since World War II. As a result, about 4 million people are able to live their lives, free from [ISIS’] tyrannical rule. Another million and a half [people] have been liberated in Syria,” Jones said, adding, “[ISIS is] losing on all fronts, and our partners have irresistible momentum.”

In many ways the challenge starts when the fighting stops, he said.

The Iraqi government, with the United Nations and others, has worked hard to help internally displaced people return home, restore essential services and start the slow process of recovering from the great trauma cities such as Mosul have suffered, the general said. In Ramadi, more than 330,000 people have returned home. Nearly 14,500 children are back learning in refurbished schools. In Fallujah, 400,000 have returned. Housing and jobs projects are helping a gradual return to normality and supporting livelihoods, he added.

“What always strikes me most on the streets is what the people are doing — their resilience and determination to take back their lives,” Jones said.

In Syria, the Syrian Democratic Forces, with coalition support, are into the third month of clearing Raqqa, Jones said. 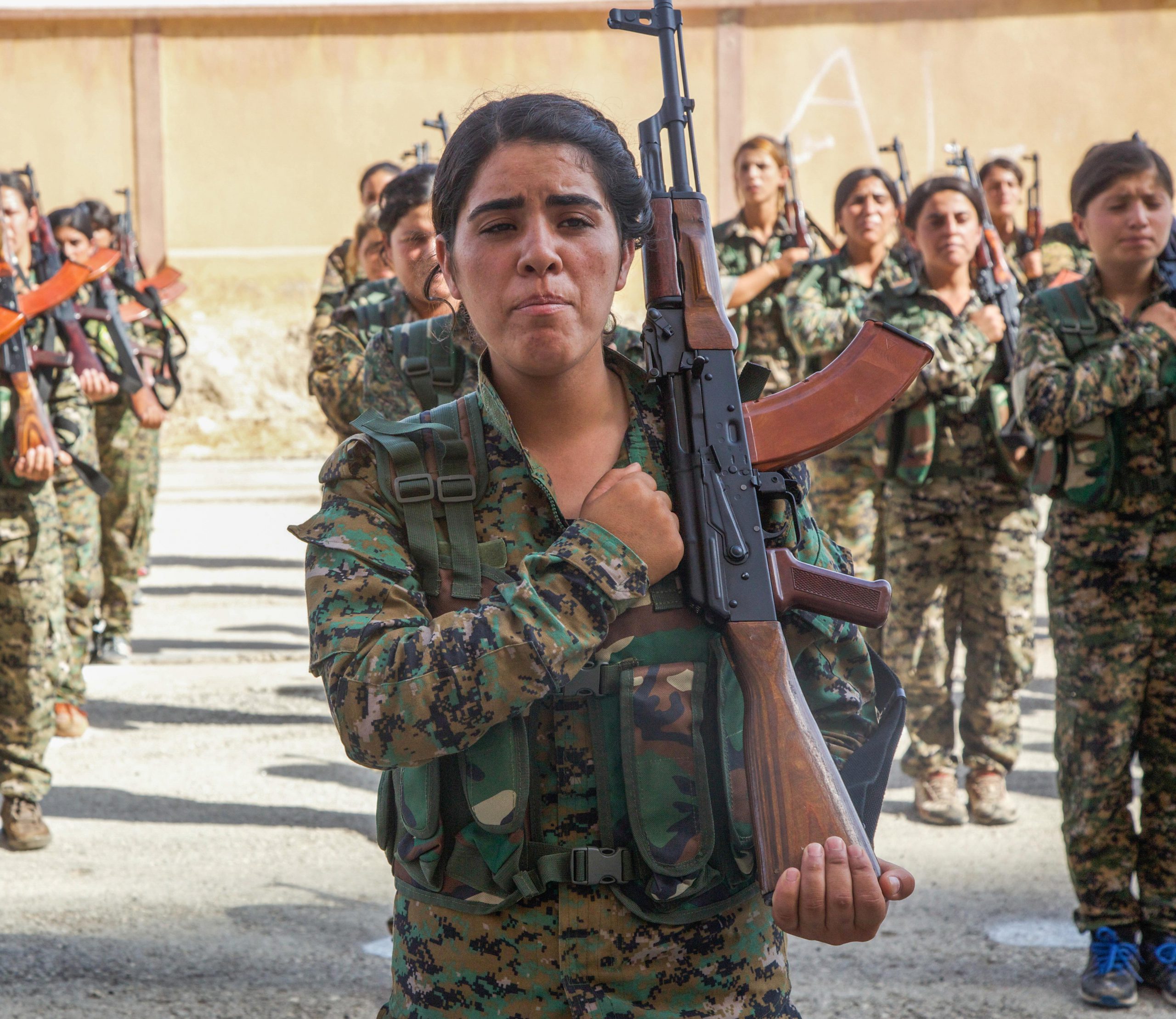 “As expected,” he said, “the fighting is tough and the SDF face heavy resistance, not least from improvised explosive devices. But the SDF are making incremental gains on multiple fronts, and ISIS fighters are suffering considerable losses.”

This week alone, the coalition conducted more than 250 strikes on tunnel systems, improvised explosive device factories, enemy rocket-mortar positions and command-and-control nodes. Tough weeks lie ahead, Jones added, “but the enemy is suffering and the pressure is translating into progress on the ground, building by building.”

He said the deconfliction line south of the Euphrates River is holding, keeping the SDF and regime forces apart and allowing both to stay focused on fighting ISIS. “We will continue to use these deconfliction procedures as forces continue to advance against ISIS-held areas in Syria,” Jones said.

Last week, the general said, he met with the Raqqa and Tabqa civil councils.

“The councils are doing a good job,” he said, “working at acting on behalf of the people, channeling assistance to [displaced people], providing security in liberated areas and starting the slow process of restoring essential services. Each time I return to towns like Ayn Issa and Tabqa, there are more signs of recovery. Manbij marked the one-year anniversary of its liberation last week. The town is thriving and the markets bustling, offering an insight to what Raqqa can look forward to.”

Jones, who is winding up more than a year in theater, said he wanted to end with a few words as a senior non-U.S. coalition member.

“Up front, this has always felt like a coalition. The unity of the coalition is one of the greatest strengths we have: 69 nations and four international organizations united against a common enemy,” he said.

The U.S. provides vital leadership and fighting power, but this is a team effort, he added, noting that 30 nations contribute to Operation Inherent Resolve, with more than 3,800 non-U.S. troops in Iraq today.

Jones said every nation plays a vital role, no matter what size its contribution. The recovery and success of the Iraqi security forces is built on the capacity-building effort, he said — coalition nations, and largely non-U.S. forces, have trained more than 110,000 troops. Other nations also have provided a large percentage of all airstrikes.

“You’ll find coalition nations contributing to virtually every element of the campaign, and we couldn’t do it without them,” Jones added. “Despite all the progress, we know there’s still much to do after the liberation of Mosul and Raqqa,” he said, “and it will take the continued commitment of all our nations to secure the military defeat of [ISIS].”