On Feb. 17, 1735, Morgan Morgan was commissioned as a captain and commander of a new company of riflemen formed in what is now present day Berkeley County, West Virginia, the First Virginia Regiment, better known today as the West Virginia Army National Guard’s 201st Field Artillery Regiment. 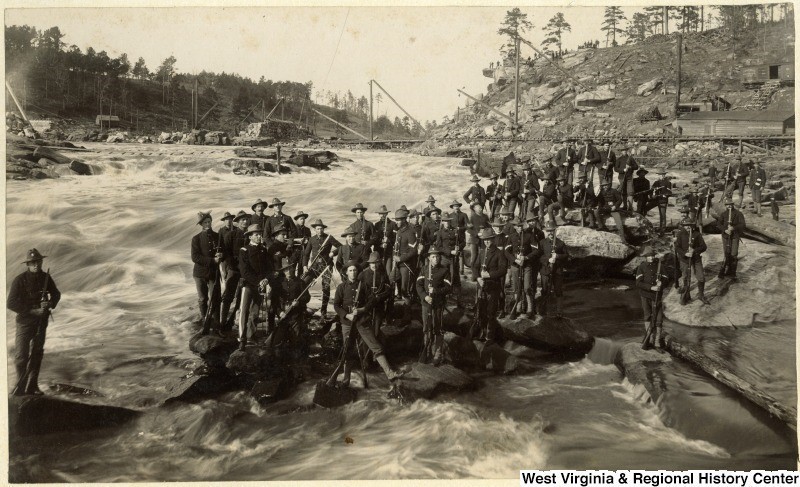 The 201st Field Artillery Regiment is recognized as the oldest active Army National Guard unit and the longest continuous serving unit in all of the Army, underscoring that even before America was a country, the patriotic men and women from what would become the state of West Virginia have been committed to service of the state and nation from the start.

In 1775, then General George Washington issued a call for "Virginia Volunteer Riflemen" by stating, "Let me plant my banner in West Augusta [West Virginia] and I will surround it with fighting men who will drive the invaders from our land."

Washington was gathering Continental troops for the Revolutionary War, and in response to his request, multiple companies of volunteer soldiers made the 600-mile trek to Boston, better known as the "Bee Line March to Cambridge" and reported to Washington, forming the First Virginia Regiment, American Continental Troop. On June 14, 1775, the American Continental Army was formed, and from all the companies that formed, only the West Virginia Army National Guard’s 1st Battalion, 201st Field Artillery Regiment, remains active.

In 1889, the unit became part of the new, officially formed West Virginia National Guard's First Infantry, which represented the whole northern part of the state.

This regiment has served in many conflicts, including the Spanish-American War, World Wars I and II, the Korean War and more recently, the Persian Gulf and Iraq and Afghanistan wars.

"West Virginians have a distinguished lineage of service to this nation that dates back to before we were a state," said Army Maj. Gen. James A. Hoyer, the adjutant general of the West Virginia National Guard. "General Washington sought out the brave militiamen from modern-day West Virginia to lead the Continental Army and form this great nation.”

Hoyer added, “We carry on that proud tradition of service today in the West Virginia National Guard. We must recognize the important role that brave West Virginians have played in the history of our state and nation and the impact we continue to make through the National Guard."