Norman Prince was a founder of the Lafayette Escadrille, a group of American pilots who were part of the French air force during World War I. His tomb is steps away from that of President Woodrow Wilson in the National Cathedral.

Norman Prince’s tomb is steps away from that of President Woodrow Wilson in the National Cathedral here.

In 1916, when Wilson was running for re-election as president under the slogan “He Kept Us Out of War,” Norman Prince was wearing the uniform of France and flying for the Lafayette Escadrille.

It was the second year of what was then known as the Great War, and Prince, a Harvard-trained lawyer, journeyed to France to offer his services against the Germans. It was the year of the Somme, the year of Verdun. Millions of soldiers on both sides were dying on the fields of France.

On Oct. 14, 2016, the National Cathedral and the United States World War I Commemoration Commission hosted a memorial service for French Air Force Lt. Norman Prince. His crypt is near the altar of the huge edifice and is fronted by a marble statue of him. 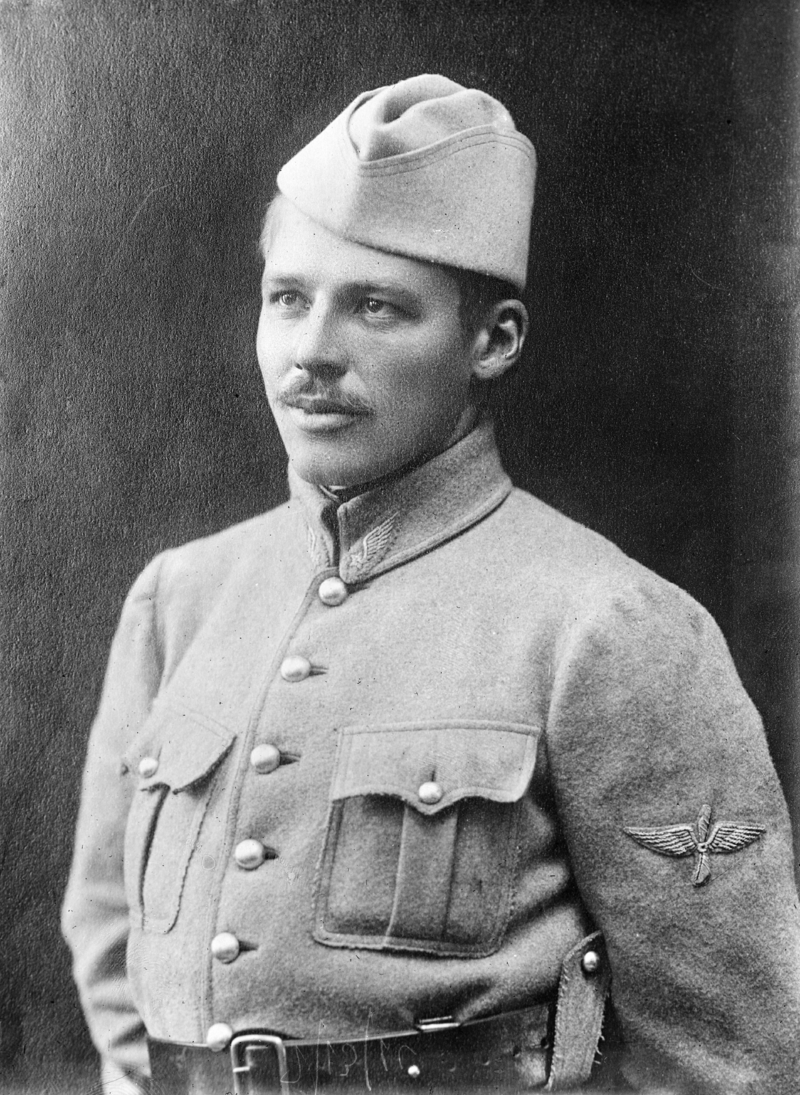 Norman Prince was a founder of the Lafayette Escadrille

The Prince family came out in force to remember their relative. Also attending were French and American airmen — joined together by the sacrifice of the young man and others like him. Prince never wore an American uniform, but he could be called one of the fathers of the United States Air Force. He was one of those who suggested the French air force field a squadron of Americans who came to the country to fight.

And fight he did. Prince participated in 122 aerial engagements, shooting down five enemy aircraft, said Navy Chaplain (Rear Adm.) Margaret Grun Kibben, who delivered the homily at the service. He came from a privileged background, “but flying was in his blood,” she said.

Even without combat, flying was a dangerous profession. It had been just 13 years since the Wright Brothers flew the first aircraft at Kitty Hawk, North Carolina, and airmen at the beginning of the Great War had to make up tactics and strategies as they went along. The aircraft themselves were wooden frames covered by fabric, Kibben said. The ground war had become a stalemate, with trenches scarring the ground from Switzerland to the North Sea, there was no going through the lines or going around them. 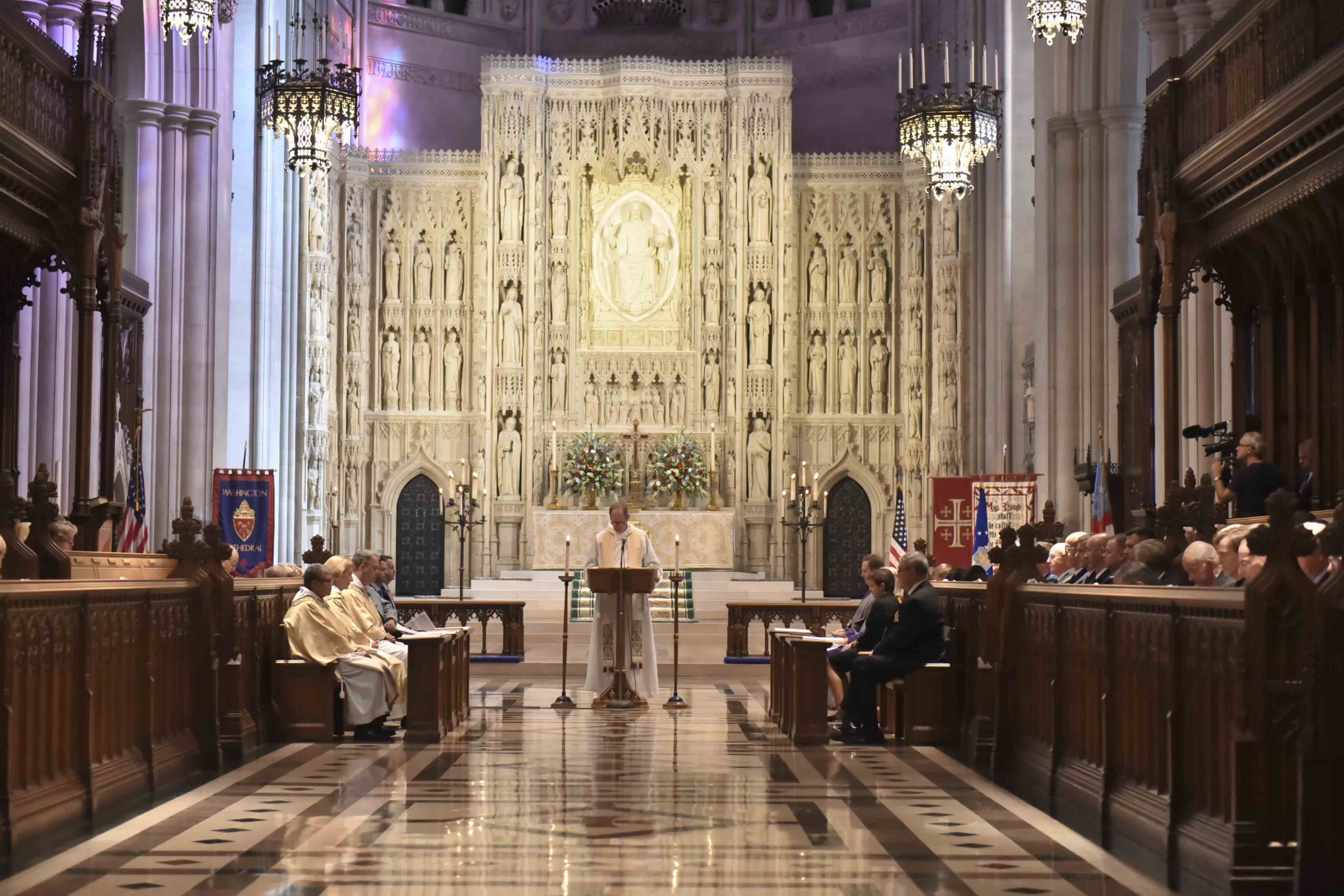 Family and representatives of the U.S. and French militaries attend the commemoration marking the 100th anniversary of the death of Norman Prince, a founding member of the Lafayette Escadrille and one of the first Americans killed in WWI, at the National Cathedral in Washington, Oct. 14, 2016. Courtesy photo.

But going over the lines could be a way to victory.

The aviators were viewed as knights of the air, but there was little glory in the work — just another domain of hell. The planes were flimsy and susceptible to fire. No French pilot had a parachute; if the engine quit, the pilot just rode it in to the ground. The air war was just as deadly as the ground war.

Prince was one of the first Americans to volunteer, and he flew a Nieuport 11 during his time over the front. The squadron was officially designated the 124th, but once formed under French officers, it became the Lafayette Escadrille. Some 38 Americans flew in the squadron, and 11 of them died.

Prince was returning from a combat mission Oct. 13, 1916, when he attempted to land at a small field near the front lines. His undercarriage snagged a wire, catapulting him out of the aircraft.

Medics rushed him to a hospital, and the initial reports were good. He had just broken some bones. But one of those bones was his skull, and the aviator lapsed into a coma and died two days later.

In April 1917, Wilson could no longer keep America out of war, and on April 2, he asked Congress for a declaration of war on the German empire. They did so on April 6. 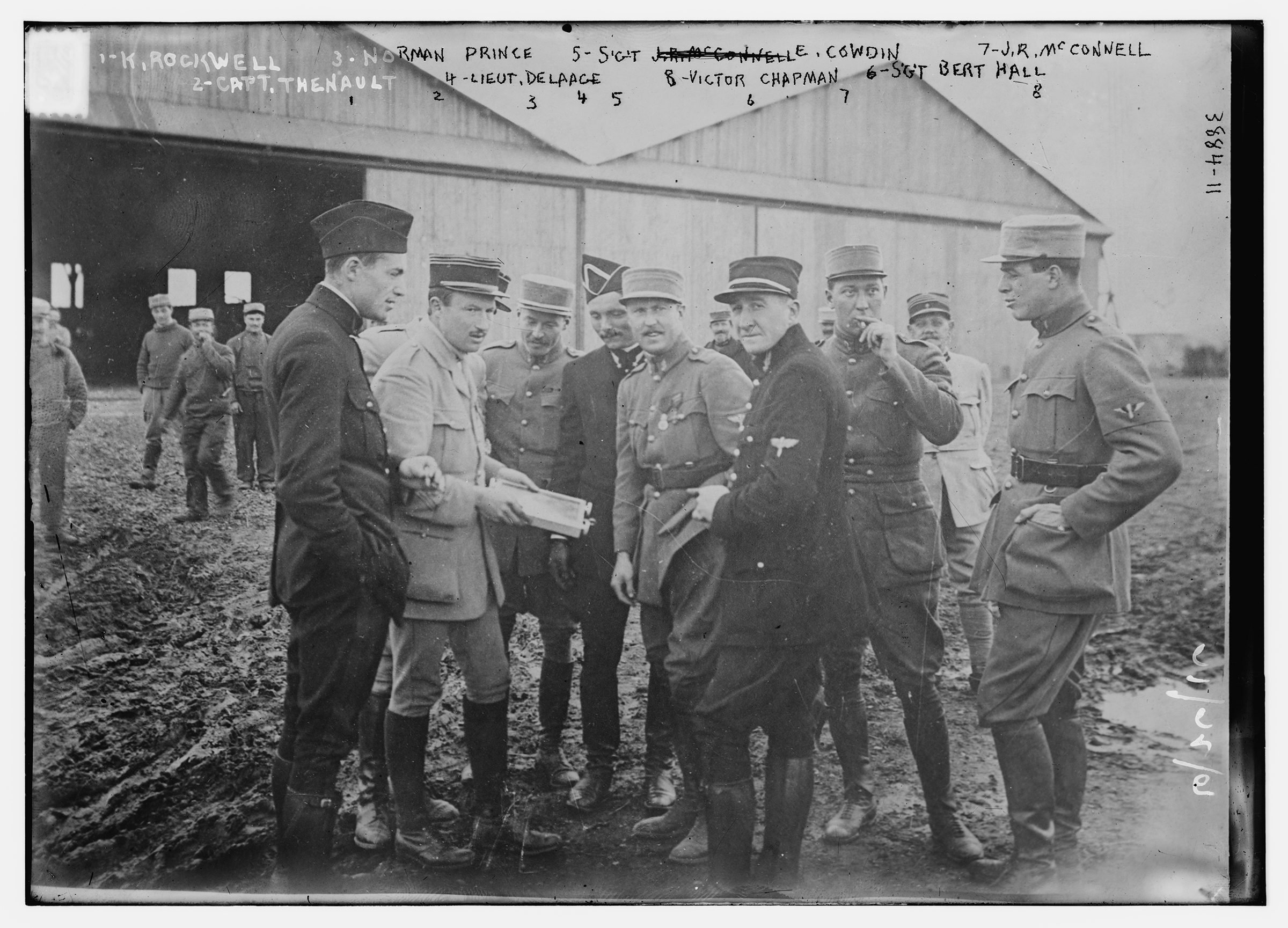 Norman Prince was one of the first Americans killed in the Great War. A total of 116,710 of his fellow countrymen paid the ultimate price before the armistice on Nov. 11, 1918.

After the war, the Prince family brought Norman’s body back and built a tomb for it in the cathedral. When the statue and tomb was dedicated Dec. 6, 1937, General of the Armies John J. Pershing — the commander of the American Expeditionary Force in the war — attended.

When America joined the war, the surviving members of the Lafayette Escadrille transferred, with most going to the U.S. Army and one to the Navy. The French 124th squadron became the U.S. Army’s 103rd Pursuit Squadron, which is today the 94th Fighter Squadron, based at Langley Air Force Base, Virginia. It is part of the 1st Fighter Wing, whose commander represented all airmen — past and present — at the memorial service.