As stated in the National Defense Strategy, the United States needs to invest and accelerate the modernization of key capabilities to build a more lethal force.

As stated in the National Defense Strategy, the United States needs to invest and accelerate the modernization of key capabilities to build a more lethal force.

Michael D. Griffin, the undersecretary of defense for research and engineering, today spoke to more than 500 senior leaders from the U.S. government and defense industry to explore the impact of integrating directed energy capabilities into the national security enterprise at the 2018 Directed Energy Summit at the Ronald Reagan Building and International Trade Center here.

Griffin has been in this arena since the 1980s and worked for the first three directors of the original missile defense agency.

“Directed energy was then in our view an important part of our future portfolio because only directed energy could offer the kind of extended magazine, if you will, the extended range, speed of light delivery of the kill,” Griffin said. “It was the only way that in the long run you could see yourself competing with the threat and coming out on top.”

Directed energy has gone through a lot of evolutions over the years, Griffin added. 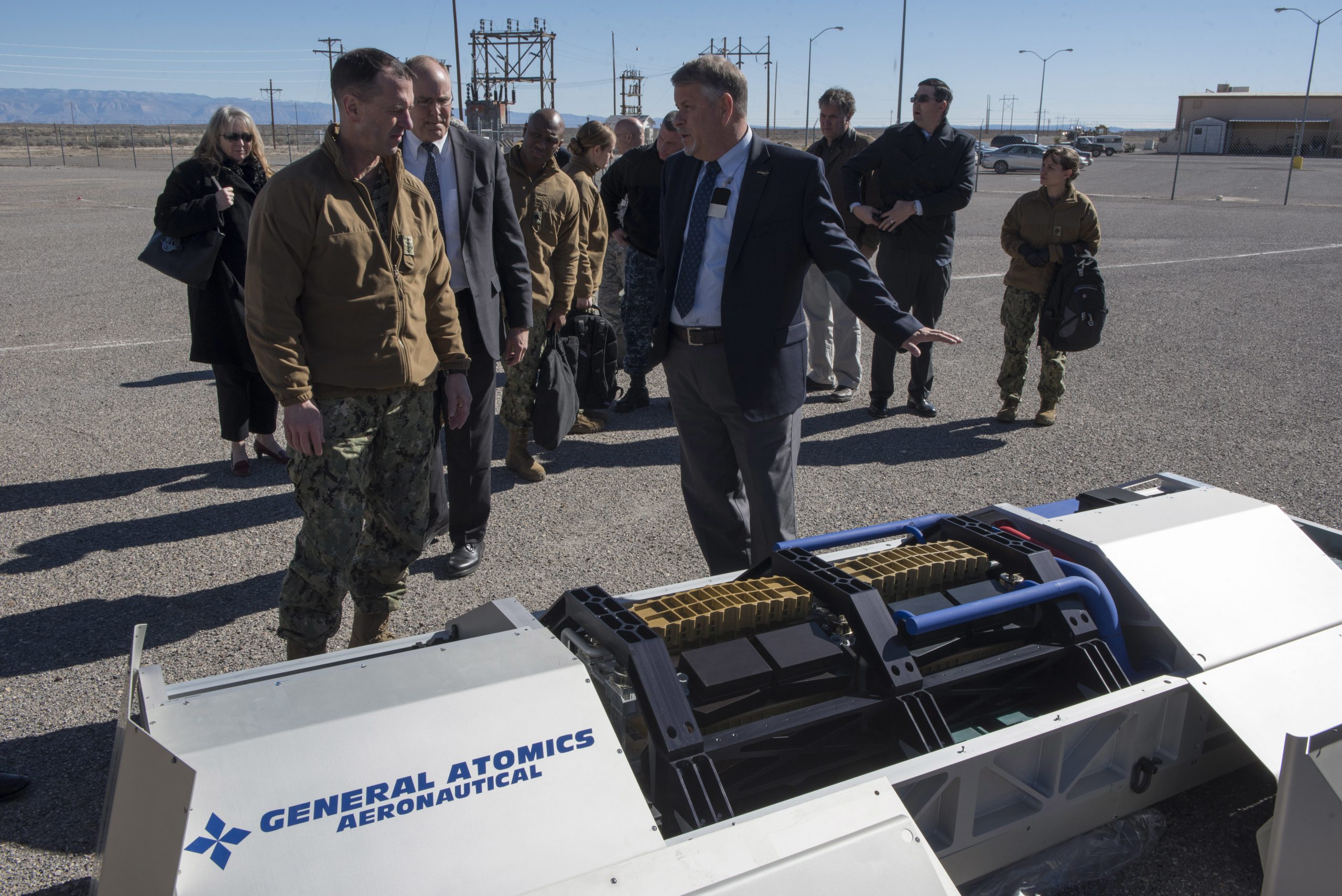 For many years, he said, the Congress and national policy fundamentally did not support the development of directed energy as a warfighting tool.

“So I think that has changed,” he said. “When I have discussions on the Hill, there is very much — a lean-forward posture now.”

China is flexing its muscles in the Indo-Pacific region and Russia is resurgent, Griffin told the audience.

Griffin said there’s a recognition that superpower competition is again on the rise, and the United States must modernize its military if it wants to maintain its position of global preeminence.

“We will not win in a man-to-man fight,” Griffin said. “We have to have the technological leverage. That realization was responsible for the creation of my office, to elevate the role of technology maturation and deployment and I believe it is responsible for the renewed interest in directed energy weapons.”

And, directed energy is more than big lasers, the undersecretary said.

“Each of these systems has its own advantages and each has its own disadvantages,” he said. “We should not lose our way as we come out of the slough of despondence in directed energy into an environment that is more welcoming of our contributions. We should not lose our way with some of the other technologies that were pioneered in the ’80s and early-’90s and now stand available for renewed effort.”

In his capacity as undersecretary for research and engineering, Griffin said he is going to be very welcoming of other approaches that may not have had a lot of focus in recent years or decades.

There are four venues, he said, in which directed energy can serve: land, air, sea and space.

He urged the audience to not forget that because the technologies are fundamental and can be applied across those domains, all of which are important to them.

The basing strategies, the warfighting tactics, techniques, procedures, the logistics support requirements, the manpower that is needed for support, all of these things are different and are required to be different because of the different venues in which they will have to operate, he added.

America should also take advantage of the brain power that traditional U.S. allies and partners can offer in the development of these technologies so they can be developed together, the undersecretary said.

“The United States will always be stronger for its alliances, he said.

Griffin told a story about when he worked for NASA during the Reagan administration. He had the opportunity as the administrator of NASA to become familiar in great detail with the 14-nation partnership that put the international space station together. At first he was suspicious of the partnership but later understood how misguided he was.

“I came to believe that we got much more out of the international collaboration on the space station than we ever gave up in terms of revealing of our own capabilities and technologies,” the undersecretary said.

“The way to technical superiority is to run faster and work harder and not to try to wall off our own capabilities,” Griffin said. “So, as we explore directed energy technologies, where there are opportunities, I will be looking for careful and measured but still very real cooperation with our allies and partners. I think in the long run that will benefit us.”