In the dark of night in Afghanistan, a pilot gathers all the gear required for an HH-60G Pave Hawk helicopter training mission… She dons her flying helmet, her mask adorned with a lime green mustache.

In the dark of night in Afghanistan, a pilot gathers all the gear required for an HH-60G Pave Hawk helicopter training mission: medical kit, survival vest, night-vision goggles and sidearm.

Excitement fills the air as the engines start, but the crew members maintain their focus as they hurriedly finish loading their gear onto the aircraft and run through their preflight checklists. Adrenaline courses as the pilot settles into the combat mission mindset.

She dons her flying helmet, her mask adorned with a lime green mustache.

Her mustache reflects that of her aircraft. The Pave Hawks assigned to the squadron are all painted with a mustache on the noses; a nod to the Pave Hawks’ call sign dating back to the Vietnam War: “Pedro.”

Air Force Capt. Victoria Snow is a pilot with the 33rd Expeditionary Rescue Squadron, assigned to the 451st Air Expeditionary Group here. Flying the Pave Hawk is a normal part of her exciting life.

“Getting to go out and fly a 22,000-pound machine every day is amazing,” Snow said. “And then you pile the mission on top of that, … what we get to do is beyond anything you could do in any other job.”

The 33rd ERQS has two missions here: personnel recovery and casualty evacuation. Personnel recovery, previously known as combat search and rescue, requires the aircrew to fly the Pave Hawk with combat rescue officers and pararescuemen behind enemy lines to rescue isolated personnel, such as downed aircrew.

The 33rd ERQS is also tasked with evacuating injured ground troops within the “golden hour.” From mission notification to returning the evacuees back to the on-base hospital, an hour is the standard time limit that gives them the best chance of survival. 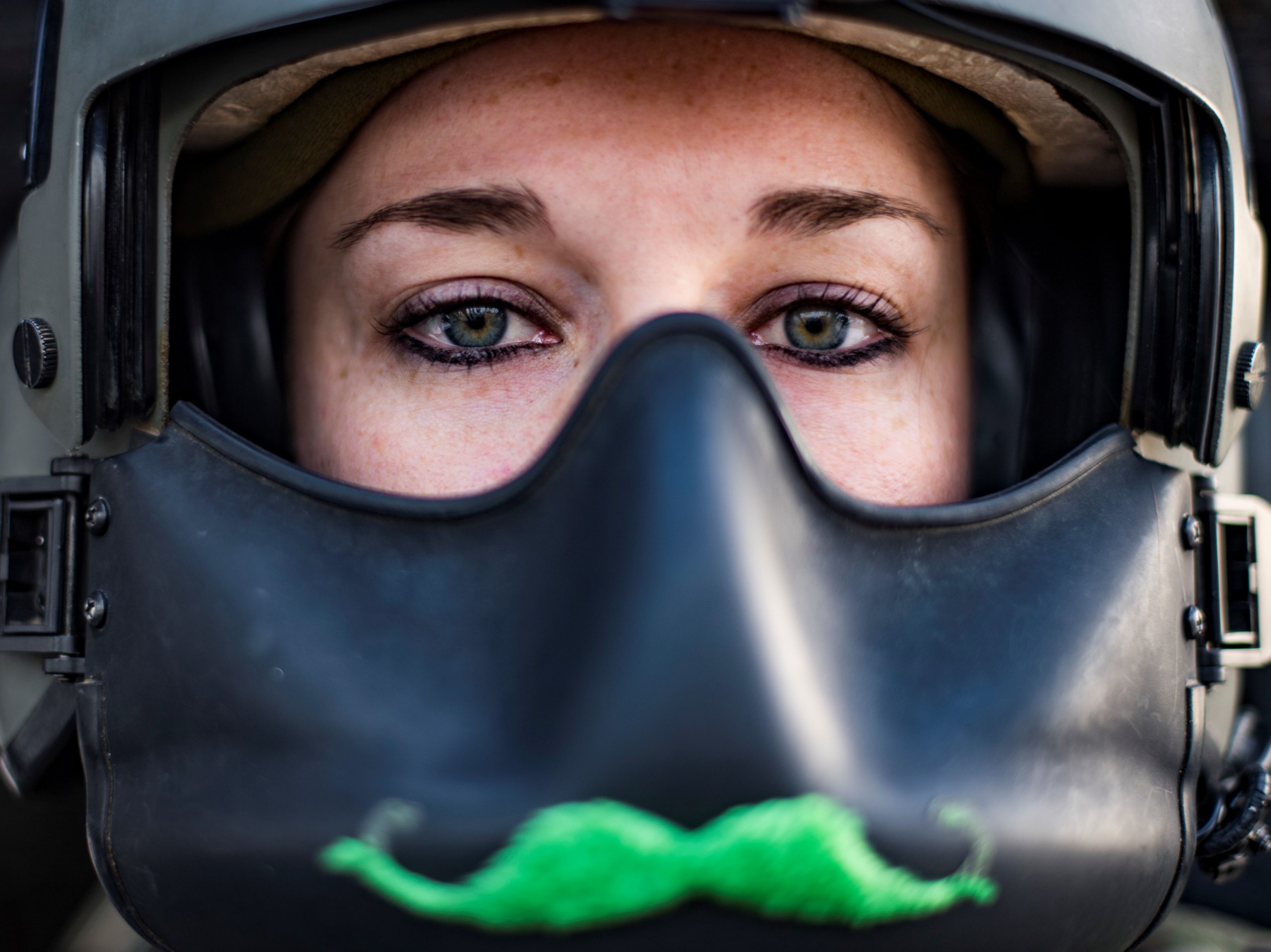 “It’s a huge responsibility, but it’s why everybody gets into this mission set,” Snow said. “‘That Others May Live’ is our motto that pushes us and pushes our mission.”

The HH-60 crew is made up of a pilot, co-pilot and two flight engineers who are also gunners. They work with the 308th Expeditionary Rescue Squadron, whose combat rescue officers and pararescuemen also fly on the missions to render lifesaving aid and perform the extraction.

With five years in the Air Force and on her third deployment with the 33rd ERQS, Snow said that she has not faced adversity being a woman in a male-dominated career field.

“I want to say that it’s just luck that I haven’t had any challenges, but I think I’d chalk it up to progress,” Snow said. “The women that I was lucky enough to have come before me paved the way.”

Women have been flying helicopters in the U.S. military for more than 40 years. Yet, of the 12,504 pilots in the Air Force, only 728 are female. The numbers are not daunting to Snow.

“We have a female squadron commander, who at any time can tell me to execute the mission. And I would come out to the aircraft as a female pilot and be launched out on that mission by a female crew chief and nobody would blink an eye,” Snow said. “It’s incredible.”

“This team is made up of highly trained, professional aviators,” said Air Force Maj. Margaret McCord, commander of the 33rd ERQS. “The bonds that form within these crews supersede any gender or race bias.” 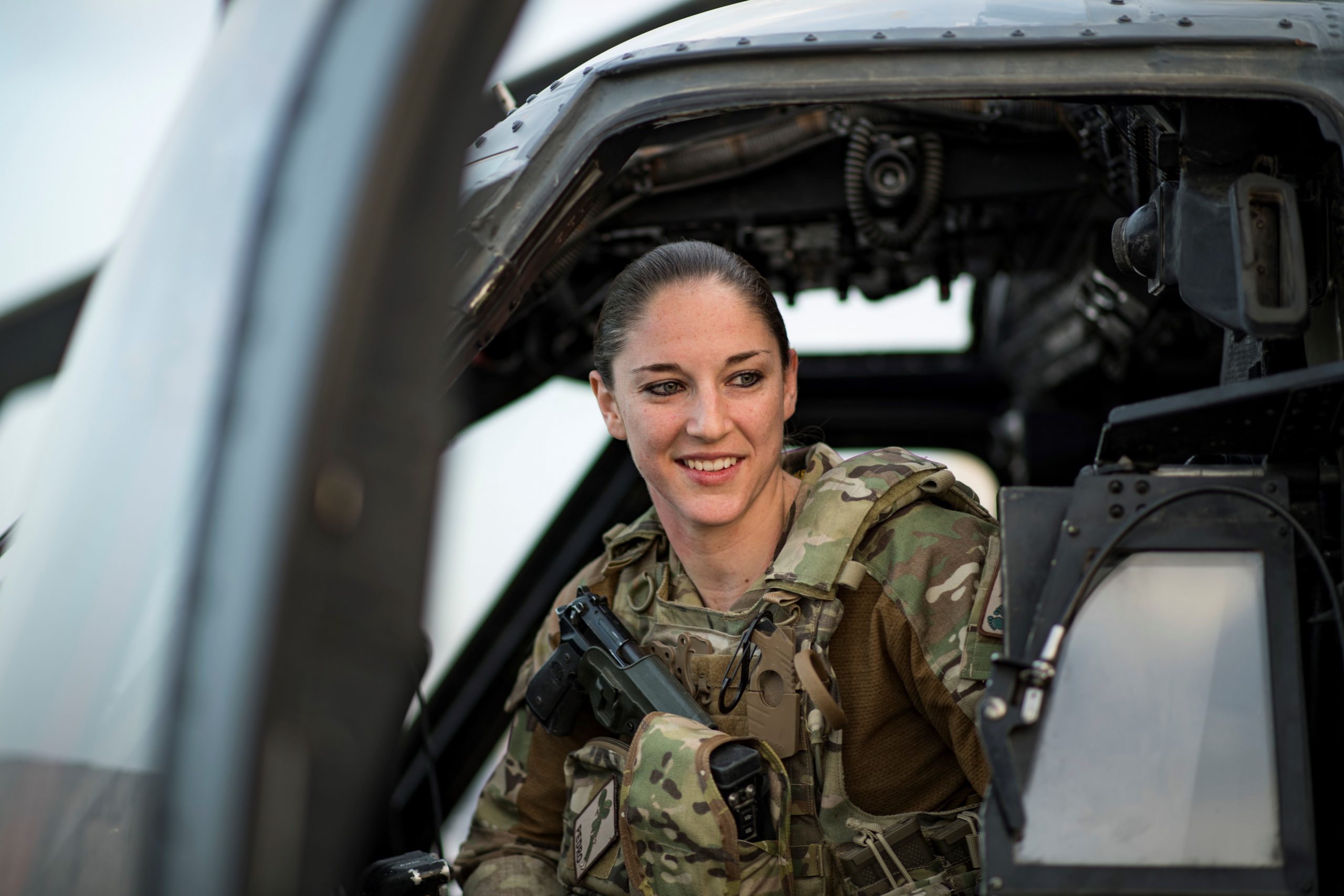 Snow reflected on her time as a young cadet in ROTC and on what she would say to young females who want to pursue a career in the military, in the Air Force or aviation.

“You’re going to have a lot of people throughout your life that are going to tell you that you can’t do something,” she said. “The biggest thing to remember is not to let yourself be the one telling you that.”

Focused on completing the mission at hand, Snow flew the nighttime training mission outside the wire with her crew skillfully and successfully.

As with any crew that flies into combat together, success and sometimes lives depend on each member’s ability to perform under incredible pressure, McCord said.

“Anything to do with the mission is just one huge adrenaline rush,” Snow said. “When you’re out there it’s this crazy feeling of confidence, knowing that you have the ability to take this machine and execute a mission with it. And, that you have an entire crew of people backing you up while you’re doing it.”

Upon her return from deployment, Snow’s next assignment will be at Fort Rucker, Alabama, to teach flying the TH-1H Huey II to the next generation of rotary-wing aviators.