"Shadow is airborne at this time," Army Sgt. Phillip Marlowe said over the radio, as he announced the successful launch of a RQ-7B Shadow Tactical UAS during the Saber Junction 17 exercise at the Joint Multinational Readiness Center.

"Shadow is airborne at this time," Army Sgt. Phillip Marlowe said over the radio, as he announced the successful launch of a RQ-7B Shadow Tactical Unmanned Aircraft System during the Saber Junction 17 exercise at the Joint Multinational Readiness Center here, May 10. 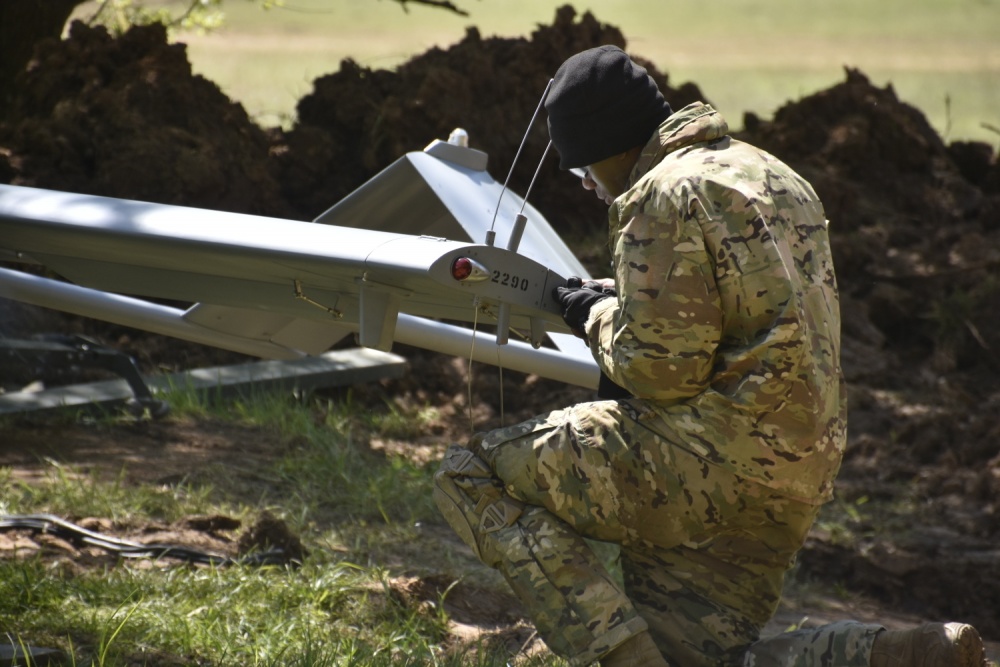 Saber Junction 17 is the U.S. Army Europe's combat training center certification exercise for the 2nd Cavalry Regiment, taking place at the Joint Multinational Readiness Center in Hohenfels from April 25 to May 19. The exercise is designed to assess the readiness of the regiment to conduct unified land operations, with a particular emphasis on rehearsing the transition from garrison to combat operations and exercising operational and tactical decision-making skills. Saber Junction 17 includes nearly 4,500 participants from 13 NATO and European partner nations.

Once airborne, the Shadow unmanned aircraft is capable of up to six hours of flight time providing live aerial imagery directly to the Regimental Tactical Operations Center.

Part of land operations includes pulling security duty and avoiding detection — two challenges Delta Troop had to adjust for since their arrival here.

"Normally we operate and launch from an airstrip, but here, in order to make the training more realistic, we have positioned ourselves in concealment, maneuvering our Ground Control Station from cover to a flight position and then back into cover," said Army Chief Warrant Officer 3 Brandon Sutton, UAV operations officer.

"Operating with a crew of 15, half our typical size, we adapted our launch position in a challenging terrain all while remaining tactical, hidden and functional," Pellicano said. 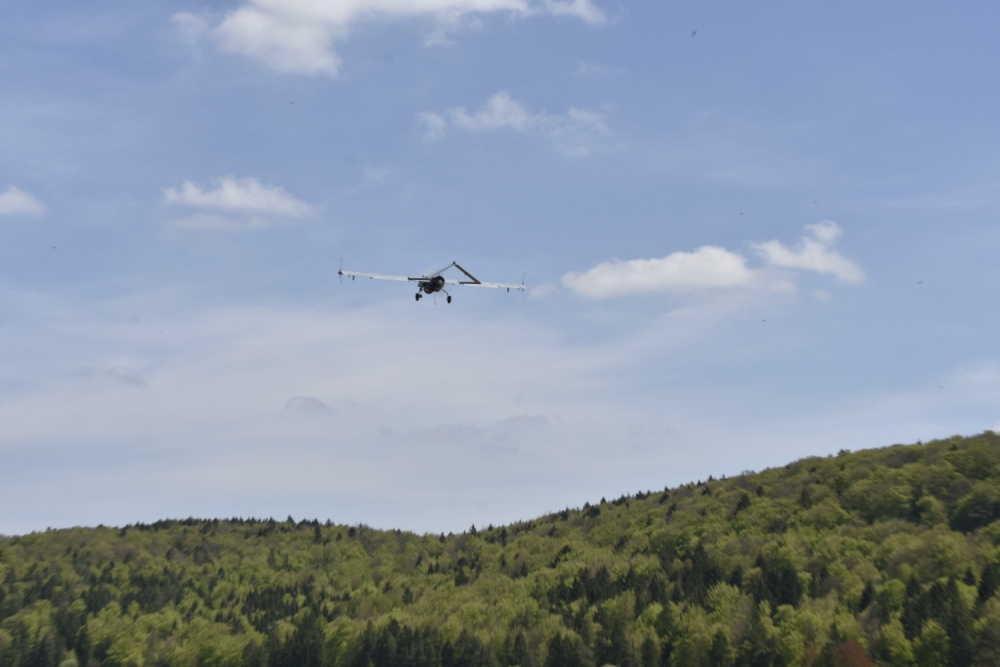 Focusing on quick change-over times from launch to land, along with maintaining the three Shadow UAV systems, the team has worked together to run continuous missions during the two-week exercise. Flight operations include two daytime launches and two night launches. Those missions deliver an intelligence payload along with the crew's ability to coordinate direct fires with aviators.

In addition to an intelligence, surveillance and reconnaissance platform, the Shadow conducts man-unmanned teaming, or MUM-T, with Apache helicopters by "lasering" on a target that can then guide aircraft-mounted hellfire missiles.

By enabling pilots to locate and pursue targets rapidly, the Shadow adds another critical capability.