The Defense Advanced Research Projects Agency is working with seven U.S. universities and elements of the Air Force and Army on research that seeks to stimulate the brain in a non-invasive way to speed up learning.

The Defense Advanced Research Projects Agency is working with seven U.S. universities and elements of the Air Force and Army on research that seeks to stimulate the brain in a non-invasive way to speed up learning. 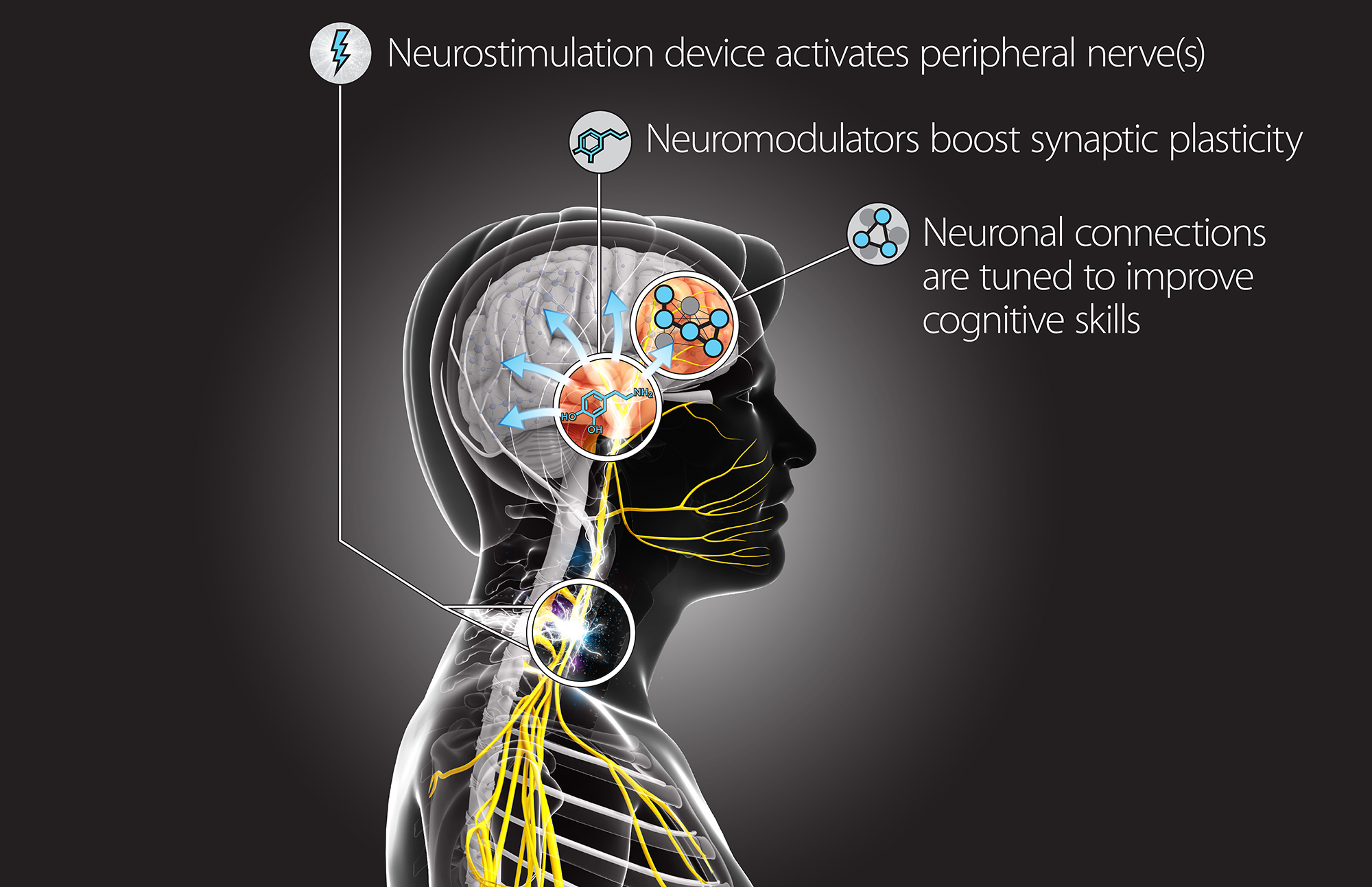 DARPA announced the Targeted Neuroplasticity Training, or TNT, program last March, and work now has begun on the effort to discover the safest and most effective ways to activate a natural process called “synaptic plasticity.”

Plasticity is the brain’s ability to strengthen or weaken its neural connections to adapt to changes in the environment. For TNT Program Manager Dr. Doug Weber, such plasticity is about learning.

“We're talking about neural plasticity, or how the neurons, which are the working units in the brain, how their function changes over time as we train on new skills,” he said during a recent interview with DoD News.

TNT research focuses on a specific kind of learning called cognitive skills training. People use cognitive skills to do things like pay attention, process information, do several things at once, detect and understand patterns, remember instructions, organize information and much more.

TNT researchers will try to identify physiological mechanisms that might allow them to enhance natural learning by electrically stimulating peripheral nerves — those that connect neurons in the brain and spinal cord to organs, skin and muscles — to make the brain more adaptive during key points in the learning process, according to a DARPA announcement about TNT.

“The mechanisms underlying this enhancement are not well understood,” Weber said, “but we believe that neurostimulation boosts the release of neurotransmitters such as acetylcholine, norepinephrine and others that play a role in modulating cognitive processes related to learning.”

There’s probably no single "silver bullet," he added, “but rather there are multiple processes involved. Thus, a primary goal of TNT is to tease apart the various mechanisms to understand the links between neurostimulation, neurotransmitter release, and resulting changes in plasticity.”

To activate the peripheral nerves, researchers will compare non-invasive electrical stimulation through the skin with an invasive form of stimulation — using an implanted device — to see which is more effective.

But Weber envisions a device that can promote plasticity by using electricity to stimulate peripheral nerves through the skin, DARPA says.

The program is starting with the basic science of brain plasticity and will conclude, if the research is successful, with human trials in healthy volunteers.

In TNT’s first half, researchers will work on determining neural mechanisms that underlie how nerve stimulation influences brain plasticity. They’ll also try to discover physiological indicators that show stimulation is working, and identify and minimize the side effects, if any, of nerve stimulation, DARPA says.

In the program’s second half, researchers will use neuro-stimulation technology in different kinds of training exercises to measure improvements in the rate and extent of learning.

At the same time, some of the research teams will work with military intelligence analysts and foreign language specialists to understand how they now train, so the TNT platform can be fine-tuned to meet their needs. 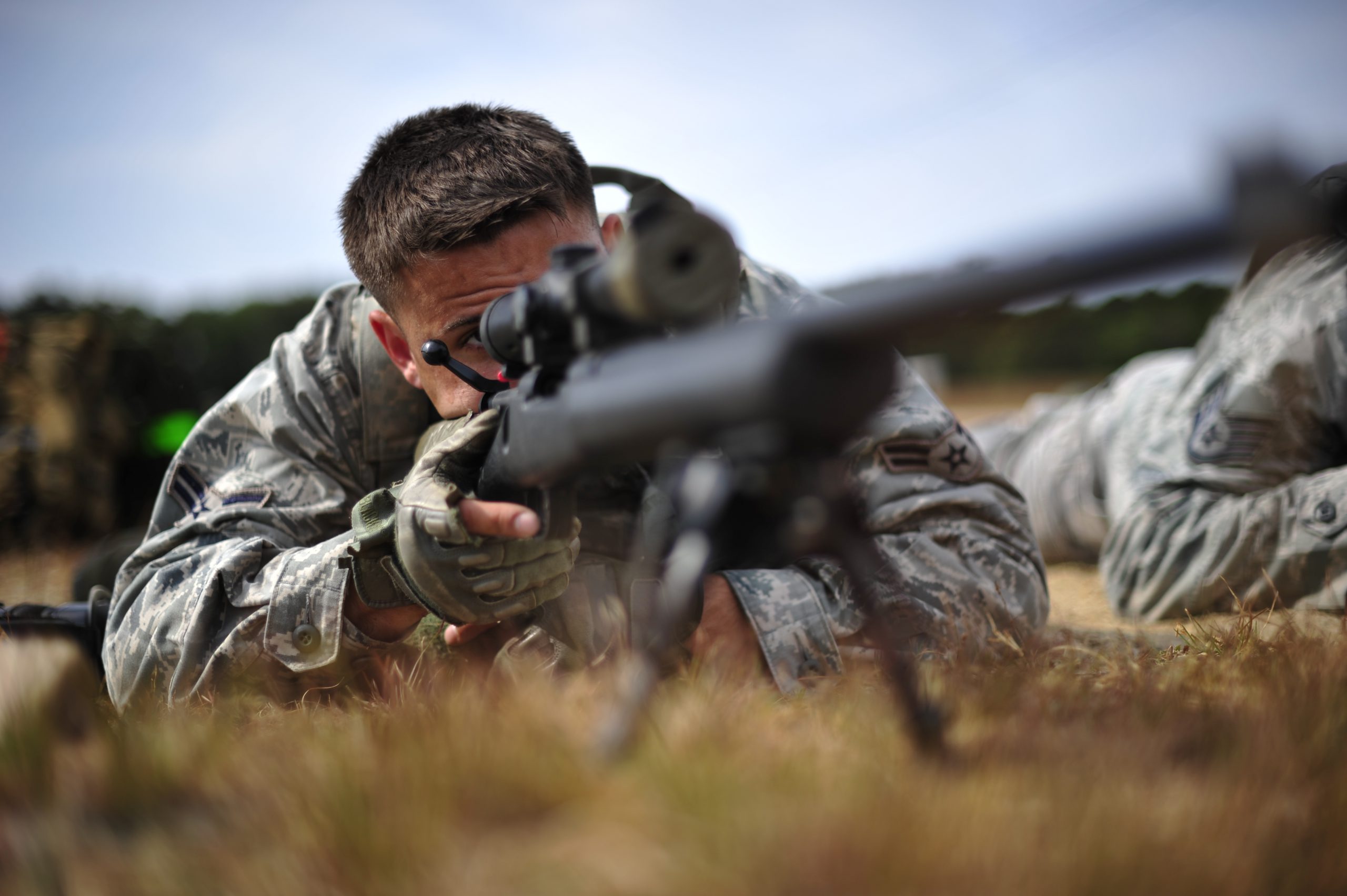 Through partnerships with the Air Force Research Laboratory, the U.S. Air Force’s 711th Human Performance Wing and the Army Research Institute of Environmental Medicine, for example, a research team at Arizona State University in Tempe will evaluate TNT stimulation with two groups of volunteers — one studying intelligence, surveillance and reconnaissance, and another practicing marksmanship and decision-making, DARPA says.

Weber said the TNT program has worked from the beginning with researchers from the University of Maryland Center for Advanced Study of Language, a DoD university-affiliated research center.

“We’ve tried to learn from them … the approaches they take [and] the factors they consider when they're designing and refining training protocols,” he added.

DARPA is approaching the study of synaptic plasticity from several angles to determine whether there are safe and responsible ways to enhance learning and accelerate training for skills relevant to national security missions, Weber said, adding that the TNT program will help make up for dwindling numbers of personnel in each military service.

“The force is already small or shrinking, and we have all these different jobs that need to be performed and fewer people to do them,” he said. “All of these jobs are mission critical in their own right, so having a force that is more adaptive to meet those ever-changing challenges is going to be absolutely critical.”

Weber noted that many kinds of devices on the market now are designed to stimulate the brain and peripheral nerves.

“You can go online right now and for $50 buy a device that claims to stimulate your brain to do all sorts of things,” he said.

Such companies, he said, “make the technology available without any assurance that it's safe or even effective. So I think [TNT is] doing a much nobler service by focusing on the underlying science so we know something about the capability we're creating.”

The following teams are exploring different aspects of using stimulation to activate plasticity:

— An Arizona State University team is targeting trigeminal nerve stimulation to promote synaptic plasticity in the brain’s sensorimotor and visual systems. With the Air Force Research Laboratory, the Air Force 711th Human Performance Wing, and the Army Research Institute of Environmental Medicine the team will evaluate TNT stimulation protocols with a group studying intelligence, surveillance and reconnaissance and another practicing marksmanship and decision-making.

— A Wright State University-Ohio team will identify epigenetic markers of neuroplasticity and indicators of a person’s response to vagal nerve stimulation, or VNS. With the AFRL and the 711 HPW the team also will work with volunteer intelligence analyst trainees studying object and threat recognition to determine the impact on the training of non-invasive VNS.

— A Johns Hopkins University-Maryland team focuses on brain regions involved in speech and hearing to understand plasticity’s effects on language learning. The team will compare the effectiveness of invasive versus non-invasive VNS, testing volunteers’ ability to discriminate phonemes — sounds that distinguish one word from another — learn words and grammar, and produce unique sounds used in some foreign languages.

— A University of Florida team is identifying which brain neural pathways VNS activates. The team also will conduct behavioral studies in rats to determine the impact of VNS on perception, executive function, decision-making and spatial navigation.

— Another University of Florida team will combine fluorescent imaging and optogenetics to test neural circuity that connects centers in the deep brain to decision-making regions in the prefrontal cortex, and optimize VNS parameters in this circuitry.

— A University of Maryland team is studying the impact of VNS on foreign language learning. They will use electroencephalography to examine the effects of VNS on neural function during speech perception, vocabulary and grammar training.

— A University of Texas-Dallas team is identifying stimulation parameters to maximize plasticity, and comparing the effects of invasive versus non-invasive stimulation in people with tinnitus as they perform complex learning tasks such as acquiring a foreign language.

— A University of Wisconsin team is using state-of-the-art optical imaging, electrophysiology and neurochemical sensing techniques in animal models to measure the influence of vagal and trigeminal nerve stimulation on boosting neuromodulatory neuron activity in the brain.