Forces from the U.S., U.K. and France completed Exercise Alligator Dagger 17, a multilateral amphibious exercise in international waters off Djibouti.

Forces from the U.S., U.K. and France completed Exercise Alligator Dagger 17, April 20, a two-week multilateral amphibious exercise in international waters off the coast of Djibouti and in the vicinity of Djibouti and Arta Beach. 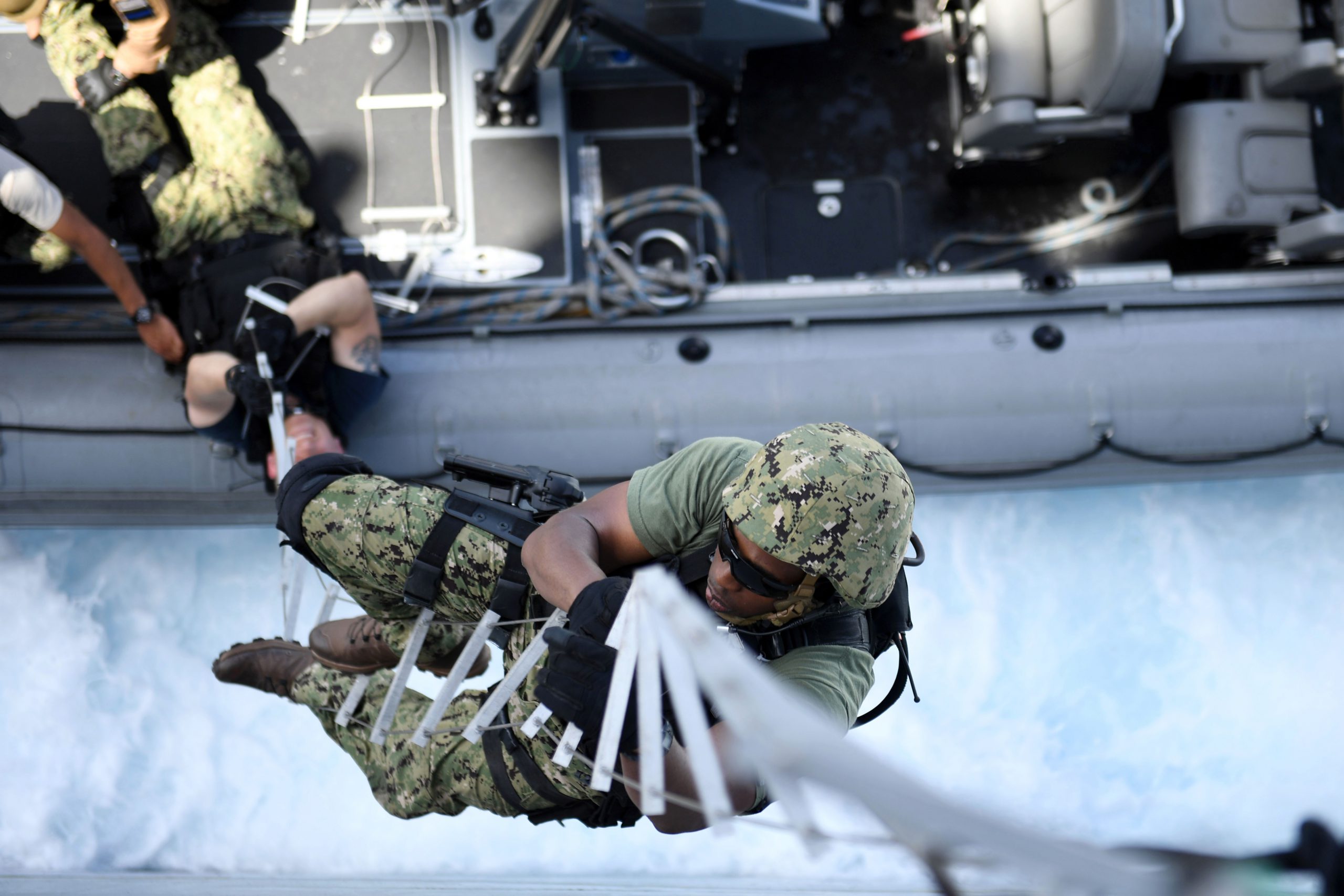 The exercise's purpose was to familiarize units with the U.S. Central Command area of responsibility and to sharpen tactical proficiency for the ARG/MEUs as well as other partner nations in the U.S. 5th Fleet area of operations.

"What's great about these exercises is that we gain proficiency in our ability to operate effectively with coalition forces," said Navy Capt. Larry LeGree, the commander of Amphibious Squadron 8. "Tabletop exercises have great value, but nothing beats actual at-sea operations to train as we fight. This high-end interoperability with the Royal Navy and the French Marines has reinforced my confidence in our ability to plan and execute together as an effective coalition force."

"This exercise was a valuable opportunity to maintain our fighting edge whilst being able to train with some of the nations and ships we will be working with over the coming months," said Royal Navy Cmdr. Ian Feasey, commander of HMS Monmouth.

Participants conducted fire team, squad and platoon-level live-fire ranges, vessel board search and seizure, integrated amphibious operations, day and night time full mission profiles and long range raid and coalition integration of forces. Forces at sea conducted anti-air and anti-submarine exercises to enhance at sea communication and coordination and provide a unique opportunity to enhance multilateral capabilities in critical mission-sets inherent to the Navy-Marine Corps team with partners and allies in the region.

"The ability to utilize and incorporate coalition forces into the Alligator Dagger 2017 anti-submarine exercise proved to be a great opportunity to improve our operational prowess, to work through international barriers, and to enhance our understanding of the capabilities of non-organic allied forces," said Navy Lt. William Rash, the Amphibious Squadron 8 antisubmarine warfare officer.

Alligator Dagger provided the opportunity to refresh the proficiency of sailors and Marines in the execution of aviation and ground support operations in an austere and arid environment.

"There were multiple instances of interoperability between the [aviation combat element] and the French forces," said Marine Corps Maj. Jason Harris, operations officer for Marine Medium Tiltrotor Squadron 365, the MEU's aviation combat element. "We were able to execute skills including reduced visibility landings, forward arming and refueling point establishment, tactical recovery of aircraft and personnel, and air combat maneuvering. The training we accomplished will further prepare us to support the MEU in the execution of any contingency operations."