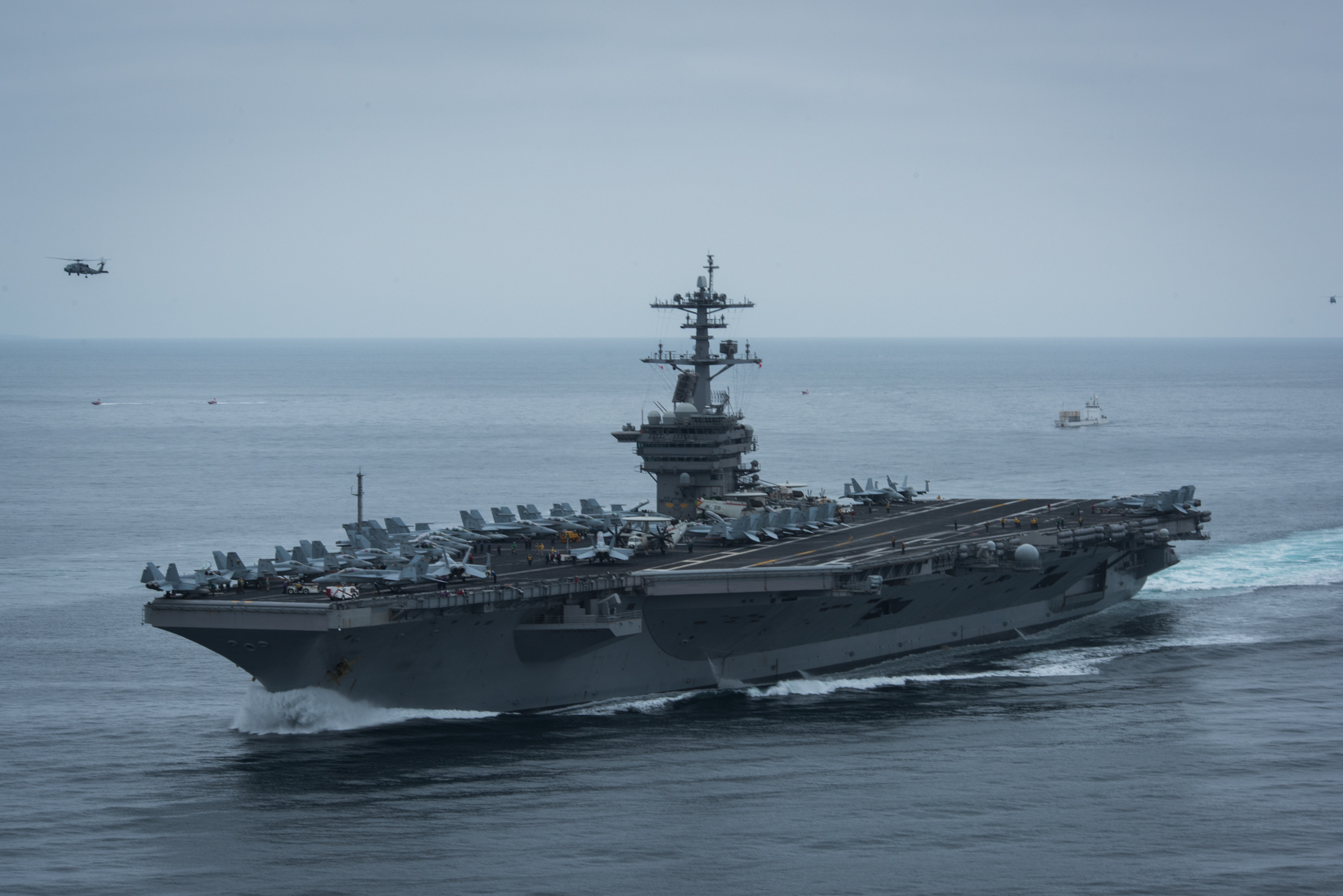 "Entering 7th Fleet is an exciting opportunity to integrate with other U.S. Navy units in the AOO, as well as operate with our partners and allies in the region," said Rear Adm. Steve Koehler, commander, Carrier Strike Group 9. "We look forward to continued partnerships that lead to mutual security and common views about operating at sea."

"USS Theodore Roosevelt is prepared to carry out the full spectrum of possible missions, from humanitarian relief to combat operations," said Capt. Carlos Sardiello, Theodore Roosevelt's commanding officer. "When a carrier leaves on deployment, we have to be ready for anything."

Roosevelt left its homeport of San Diego Oct. 6, for a regularly-scheduled deployment to the U.S. 7th and 5th Fleet areas of responsibility. Roosevelt's last deployment to 7th Fleet was in 2015 during the ship's homeport shift from Norfolk.