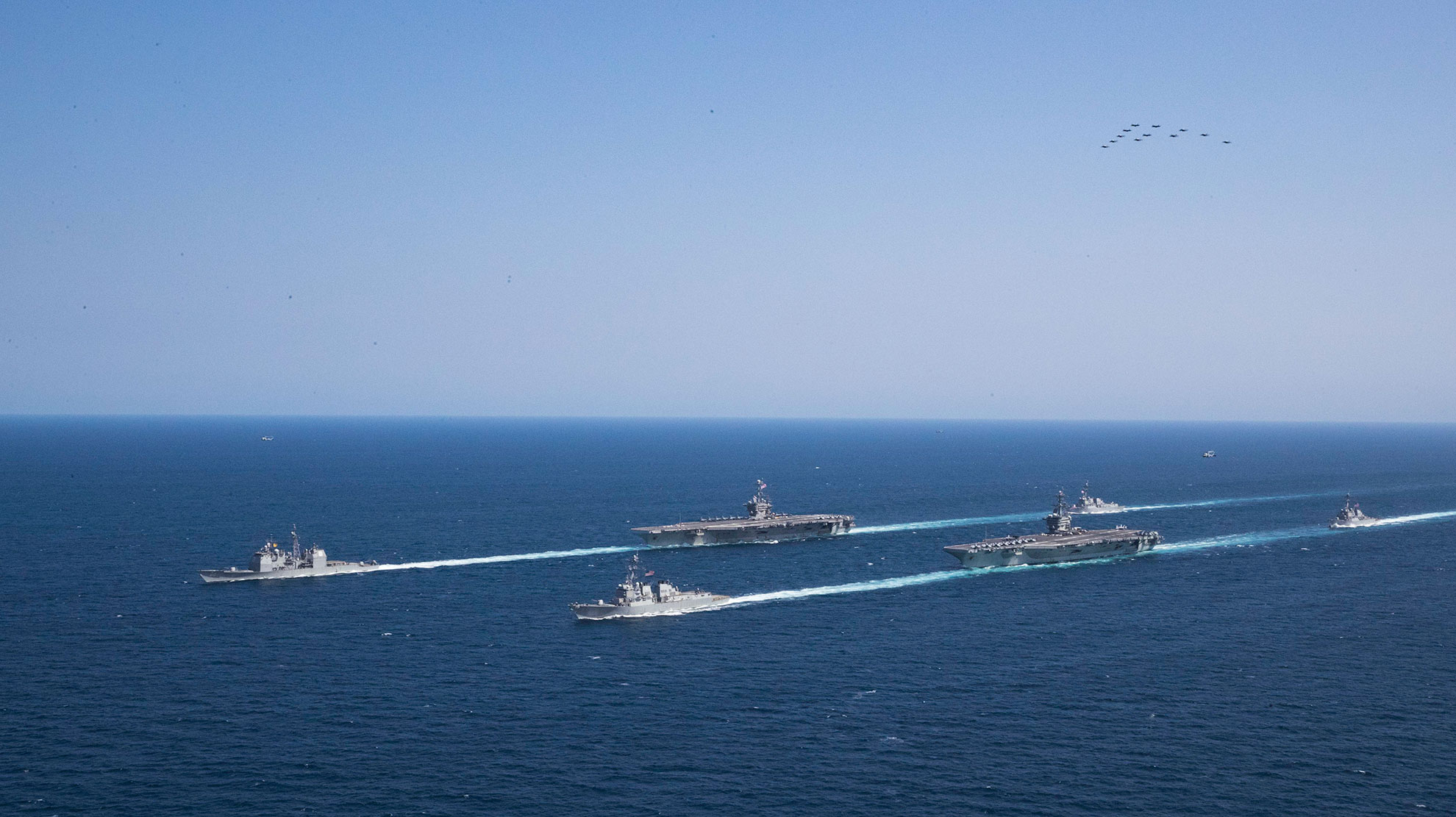 The operations include a war-at-sea exercise (WASEX), with scenarios testing the readiness of involved units to carry out strike and air operations as well as formation steaming. These evolutions provide both carriers, with embarked air wings and accompanying surface ships, the opportunity to operate in close proximity and coordinate maneuvers cooperatively. 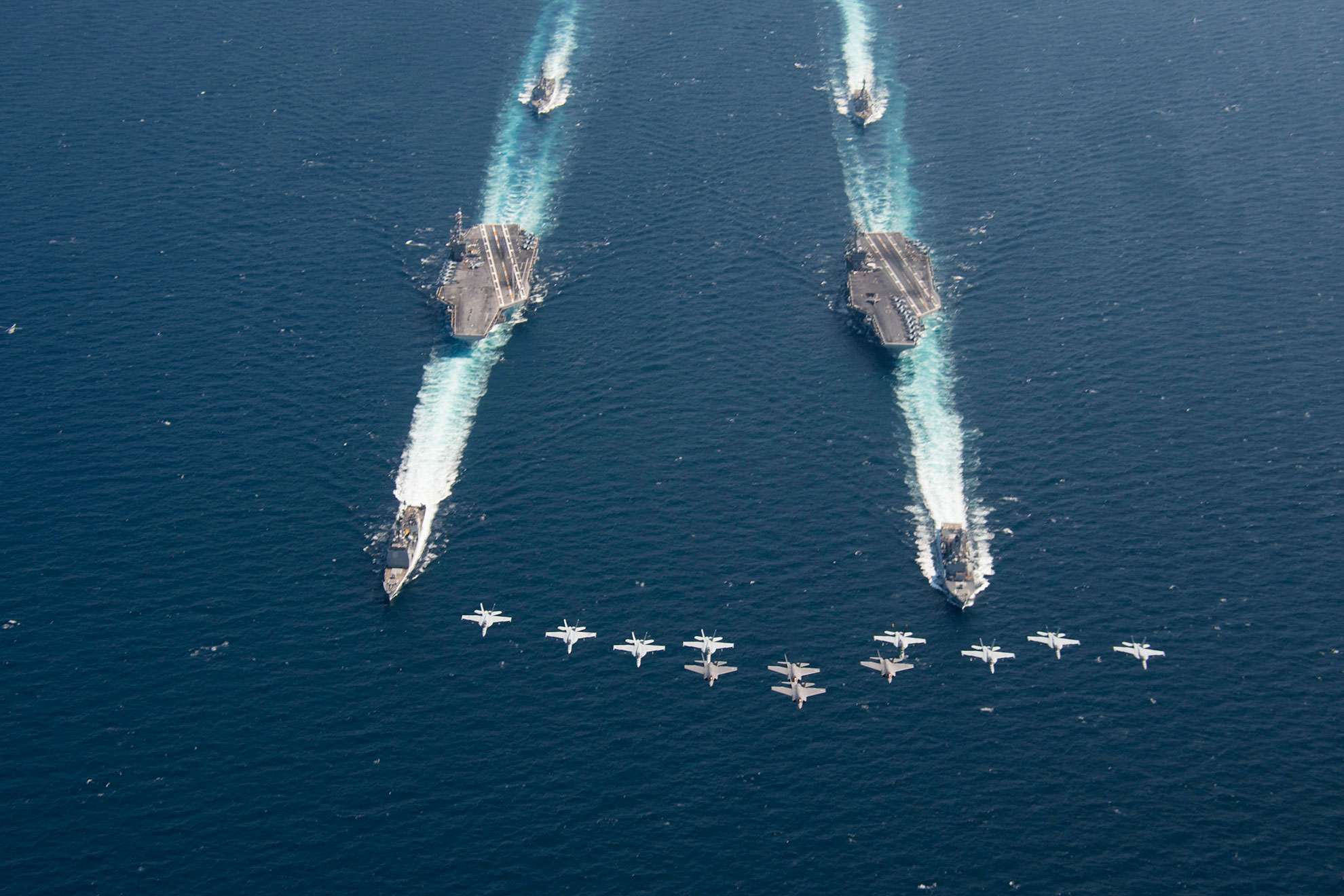 “We are the best Navy in the world, and given the complex and competitive environment we are in, we can’t take anything for granted or settle for the status quo,” said Abraham Lincoln Strike Group Commander Rear Adm. John Wade. “Therefore, we have to work hard, train hard and uphold the highest standards and commit ourselves to excellence each and every day.  The training conducted with Harry S. Truman Strike Group enabled us to increase our lethality and tactical proficiency.  It also demonstrated our Navy’s ability to achieve and maintain sea control.”

Participating in the exercise are the embarked air wings of Carrier Air Wing (CVW) 7 and CVW-1, as well as select surface assets from CSG-8 and CSG-12.

Harry S. Truman deployed on April 11, 2018, and is currently deployed conducting operations in the Atlantic Ocean.