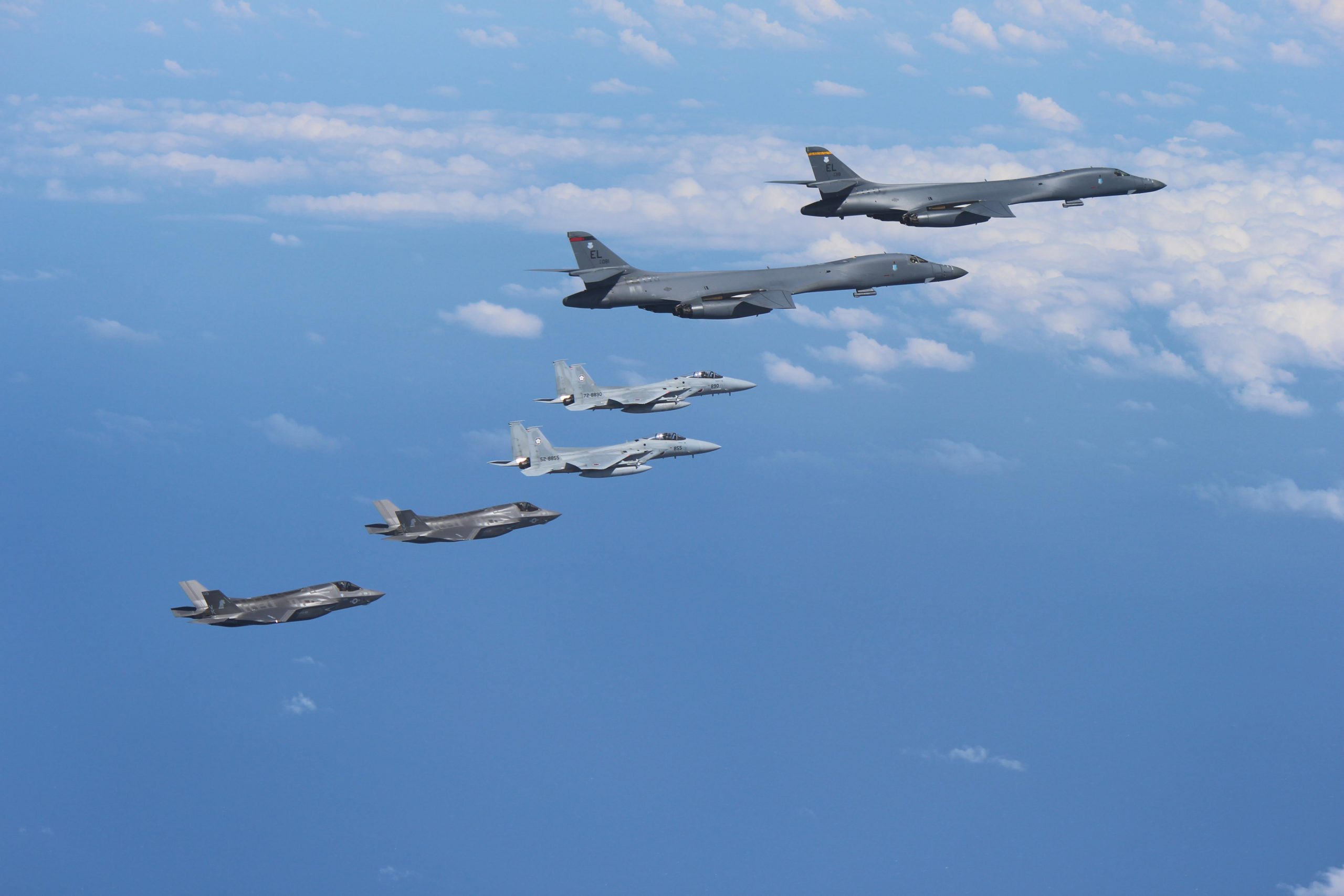 "North Korea's actions are a threat to our allies, partners and homeland, and their destabilizing actions will be met accordingly,” said Air Force Gen. Terrence J. O’Shaughnessy, commander, U.S. Pacific Air Forces, who just returned from an unscheduled visit to Japan to meet with his counterparts.

“This complex mission clearly demonstrates our solidarity with our Allies and underscores the broadening cooperation to defend against this common regional threat,” O’Shaughnessy added. “Our forward-deployed force will be the first to the fight, ready to deliver a lethal response at a moment’s notice if our nation calls."

Over the course of the 10-hour mission, the F-35Bs, B-1B bombers and Koku Jieitai fighters flew together over waters near Kyushu, Japan. The U.S. and South Korean aircraft then flew across the Korean Peninsula and practiced attack capabilities by releasing live weapons at the Pilsung Range training area before returning to their respective home stations.

"The F-35 embodies our commitment to our allies and contributes to the overall security and stability of the Indo-Asia Pacific region," said Marine Corps Lt. Gen. David H. Berger, commander, U.S. Marine Corps Forces Pacific. "By forward basing the F-35, the most advanced aircraft in the world, here in the Pacific, we are enabling the Marine Corps to respond quickly during a crisis in support of Japan, the Republic of Korea, and all our regional partners."

U.S. Pacific Command maintains strategic bomber and fighter capabilities in the Indo-Asia-Pacific theater, retaining the ability to respond to any regional threat at a moment’s notice.