French Armed Forces Nautical Commando Course at Quartier Gribeauval, is a part of AmeriCal 16, a bilateral training exercise designed to enhance mutual combat capabilities and improve relations with our partners.

Quartier Gribeauval, New Caledonia ─ Marines yearn for a breath of fresh air and the privilege to be one of the very few Marines that has the right to call themselves a ‘commando’. 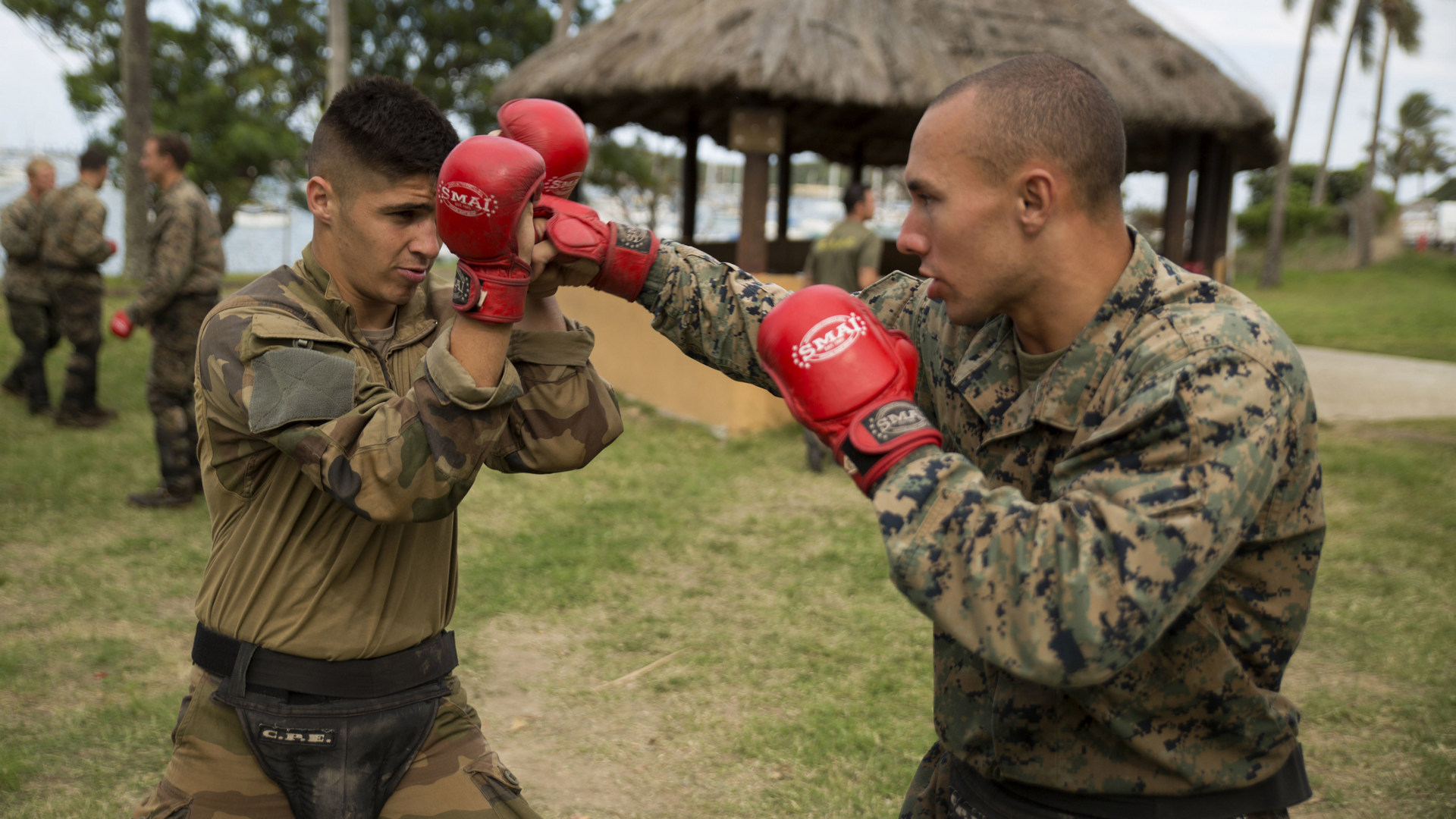 Bennetti also said that he impressed himself being able to complete this course.

“The course has been both challenging and fun, it’s been an experience that I haven’t had before in the Marine Corps,” Bennetti said. “This is probably some stuff (Marine Corps Forces Special Operations Command) or (reconnaissance) Marines would get to do, not usually a line company machine gunner.” 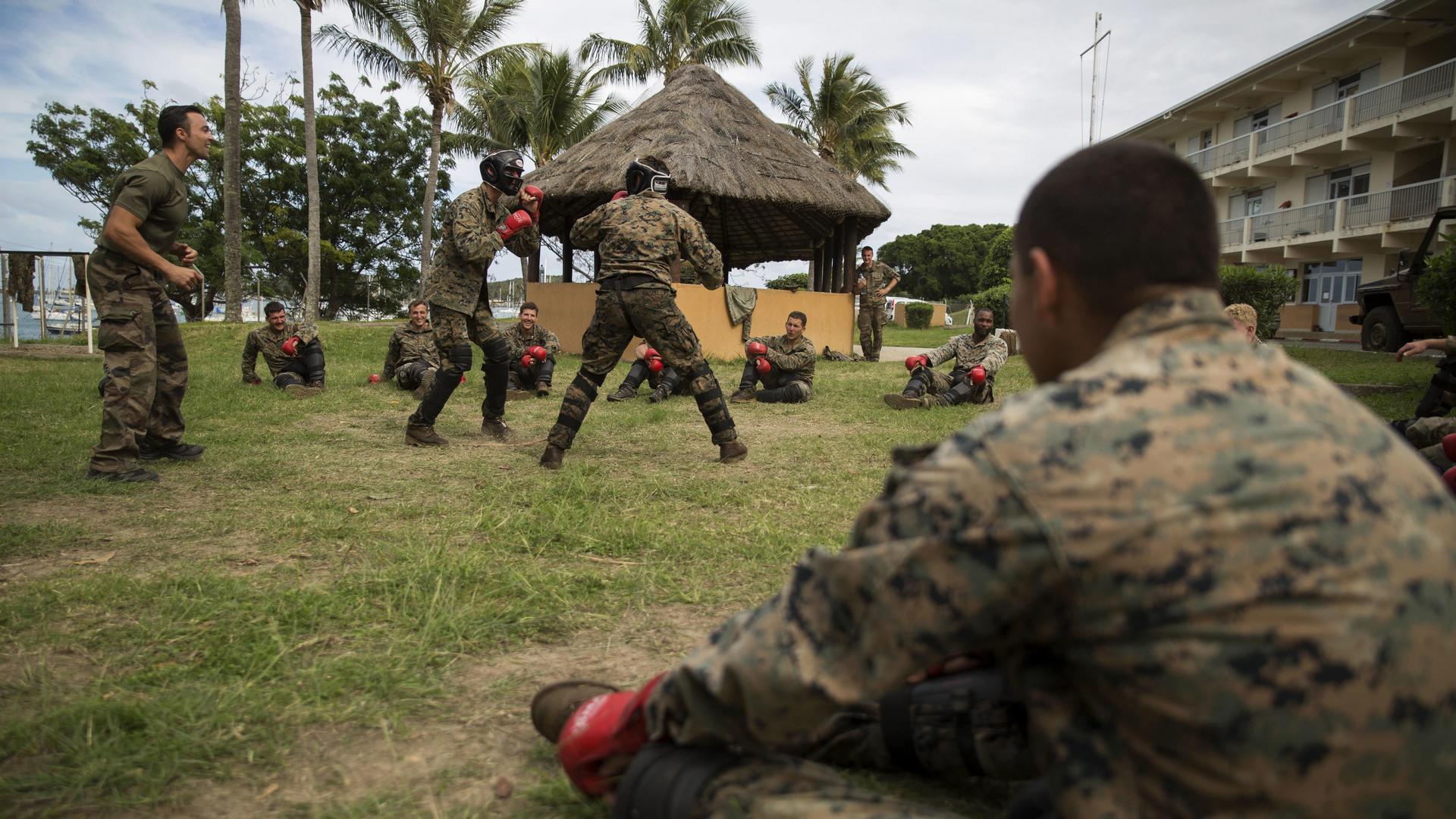 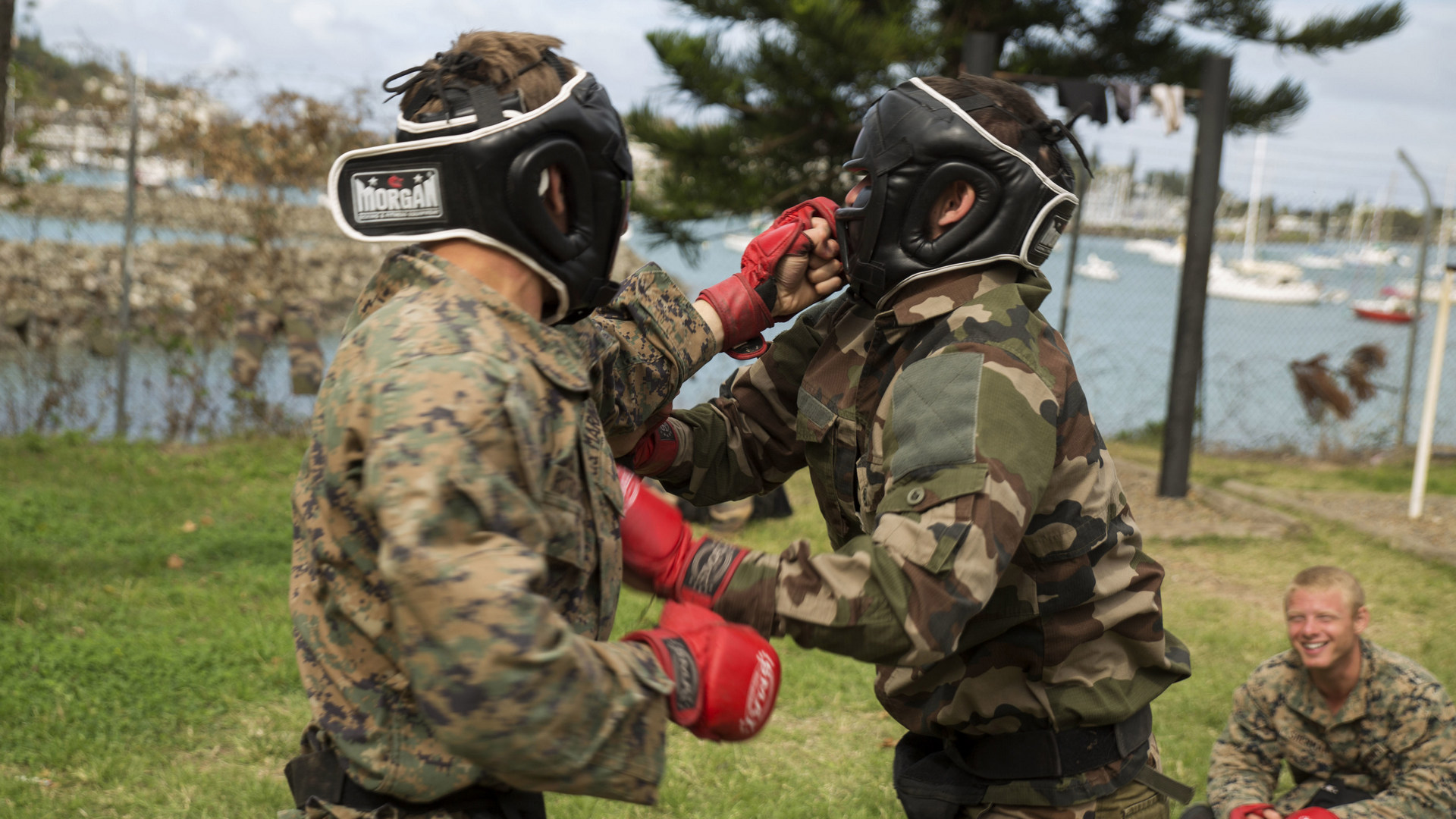 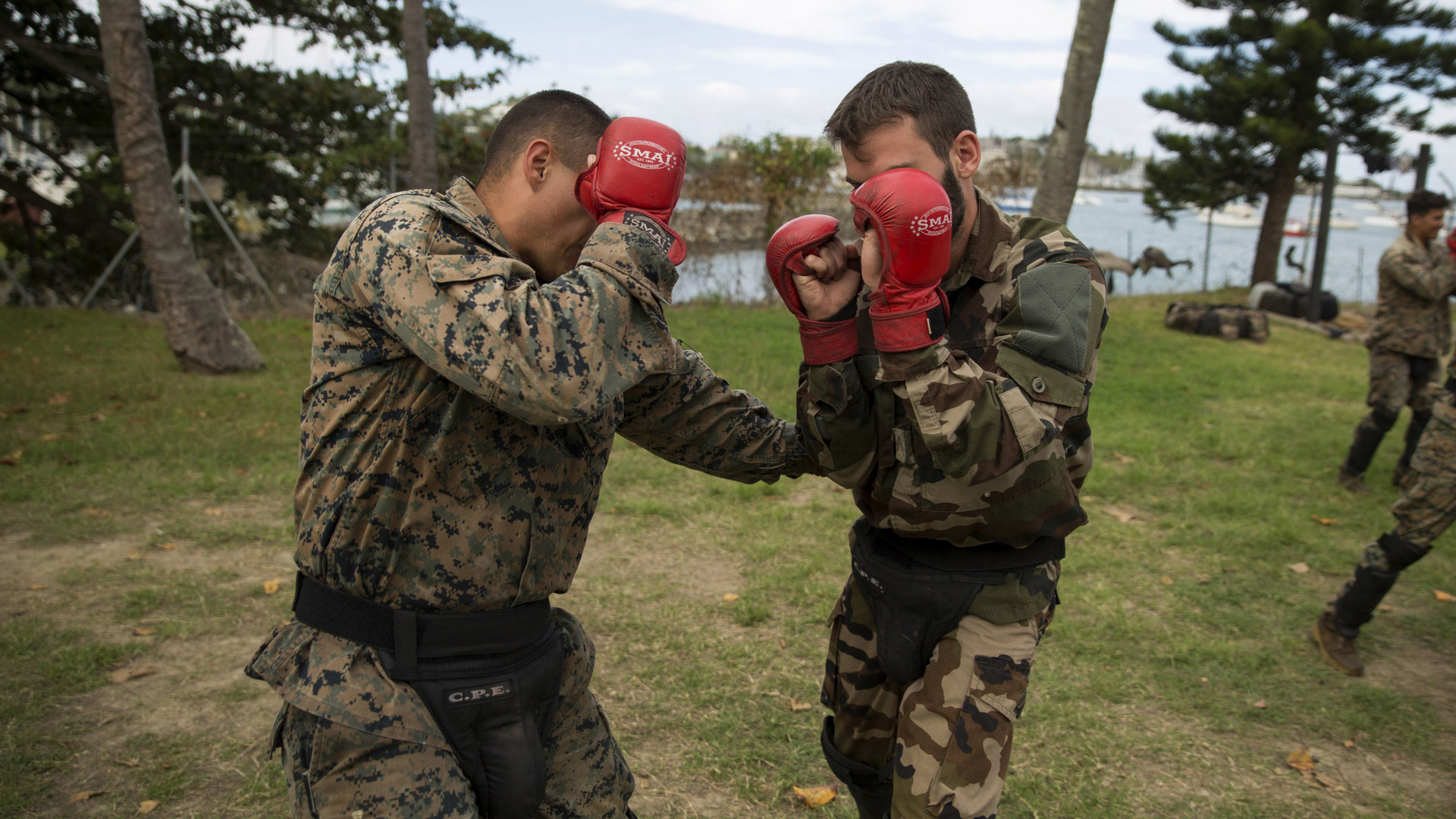 Sgt. Ryan R. Krohn, a rifleman with 1st Battalion, 1st Marine Regiment, MRF-D, said he has learned a lot and enjoys the challenges of the course, however, he said it is exhausting constantly being wet from the water survival exercises.

“You’re always wet, no matter what,” Krohn said, a native of Acworth, Georgia. “You go to sleep wet, wake up wet, or don’t get to go to sleep because you’re out somewhere training and still getting wet. But it makes you stronger, tougher. When they tell you to jump in the water and then tell you have to move 10 clicks (about 6 miles), in wet boots and socks, it kind of gets to your soul, but we keep on moving.” 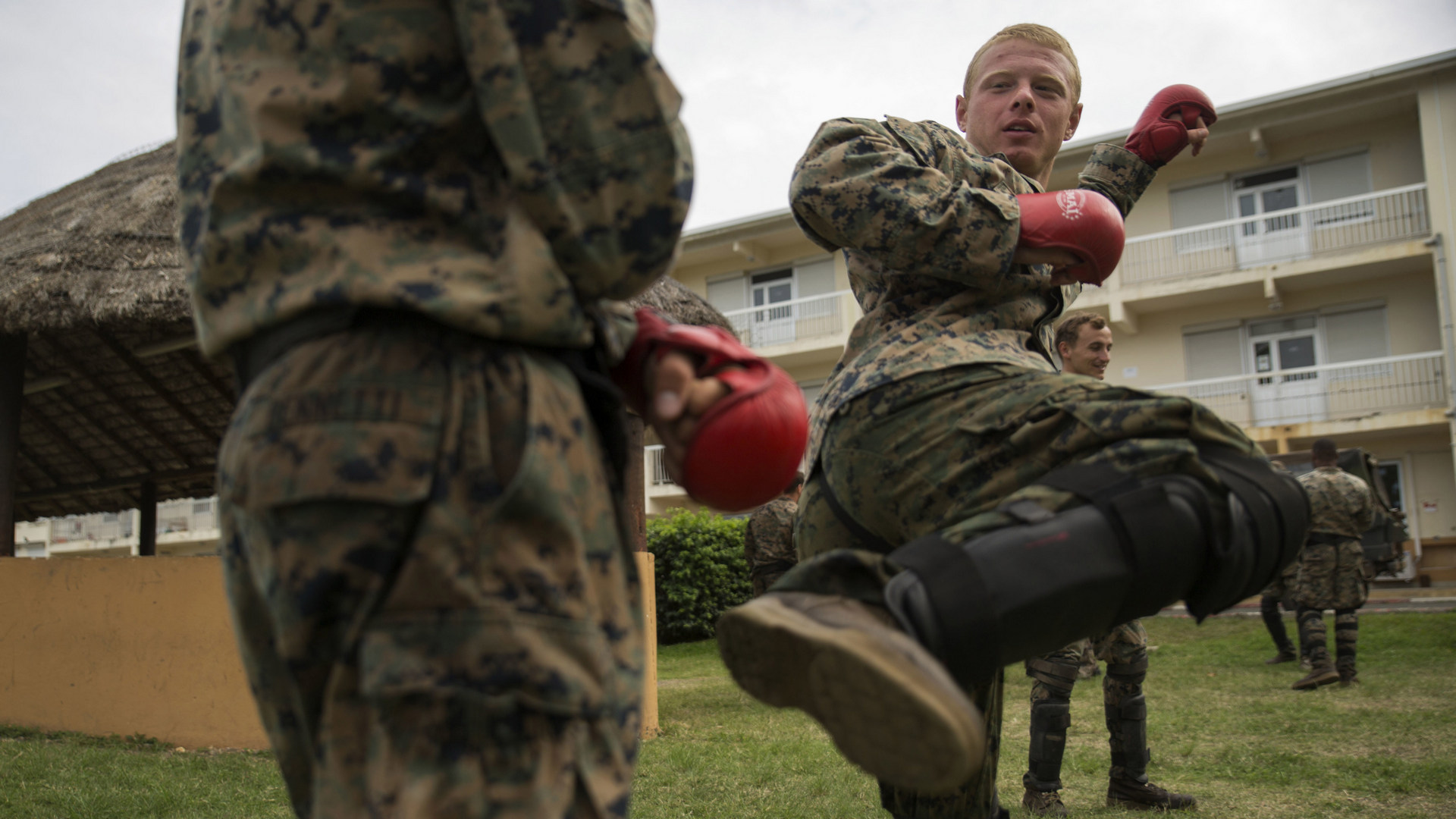 The platoon went through a French Light Infantry Course and will be the first Marine Corps platoon to complete the full three-week French Nautical Commando Course since the exchange began. 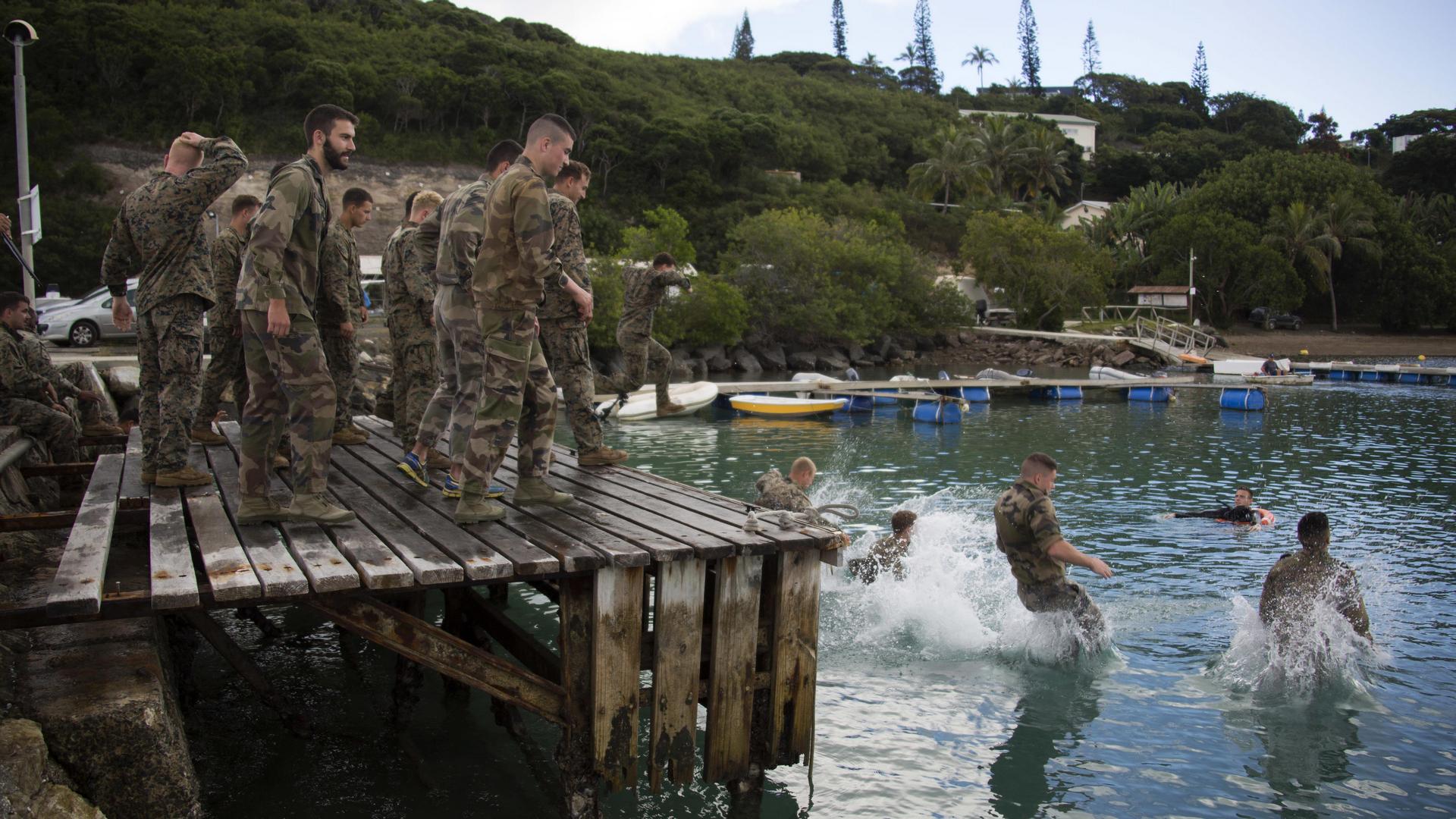 U.S. Marines and French Infantry soldiers jump into the ocean 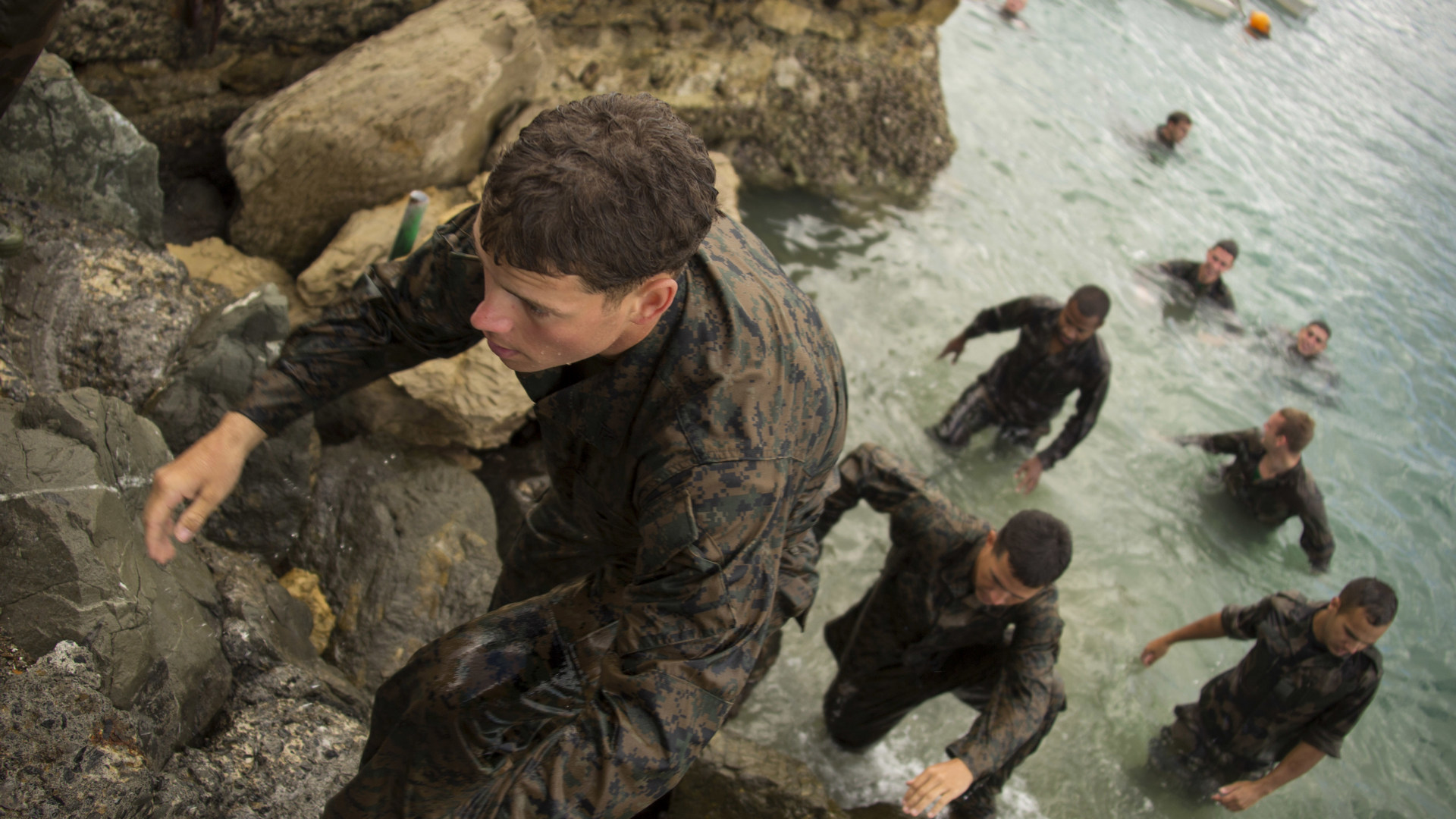 A platoon of U.S. Marines traveled to New Caledonia where they worked hand-in-hand with members of the French Armed Forces during Exercise AmeriCal 16 from August 8 to September 2.

“Knowing that I’m part of the first platoon to complete this course is pretty rewarding,” said Cpl. Joseph J. Bennetti, a machine gunner with 1st Battalion, 1st Marine Regiment, Marine Rotational Force – Darwin. “I get to experience something that most Marines haven’t. The course is hard but I’m enjoying it and it really gives me the opportunity to test my abilities to the max.” 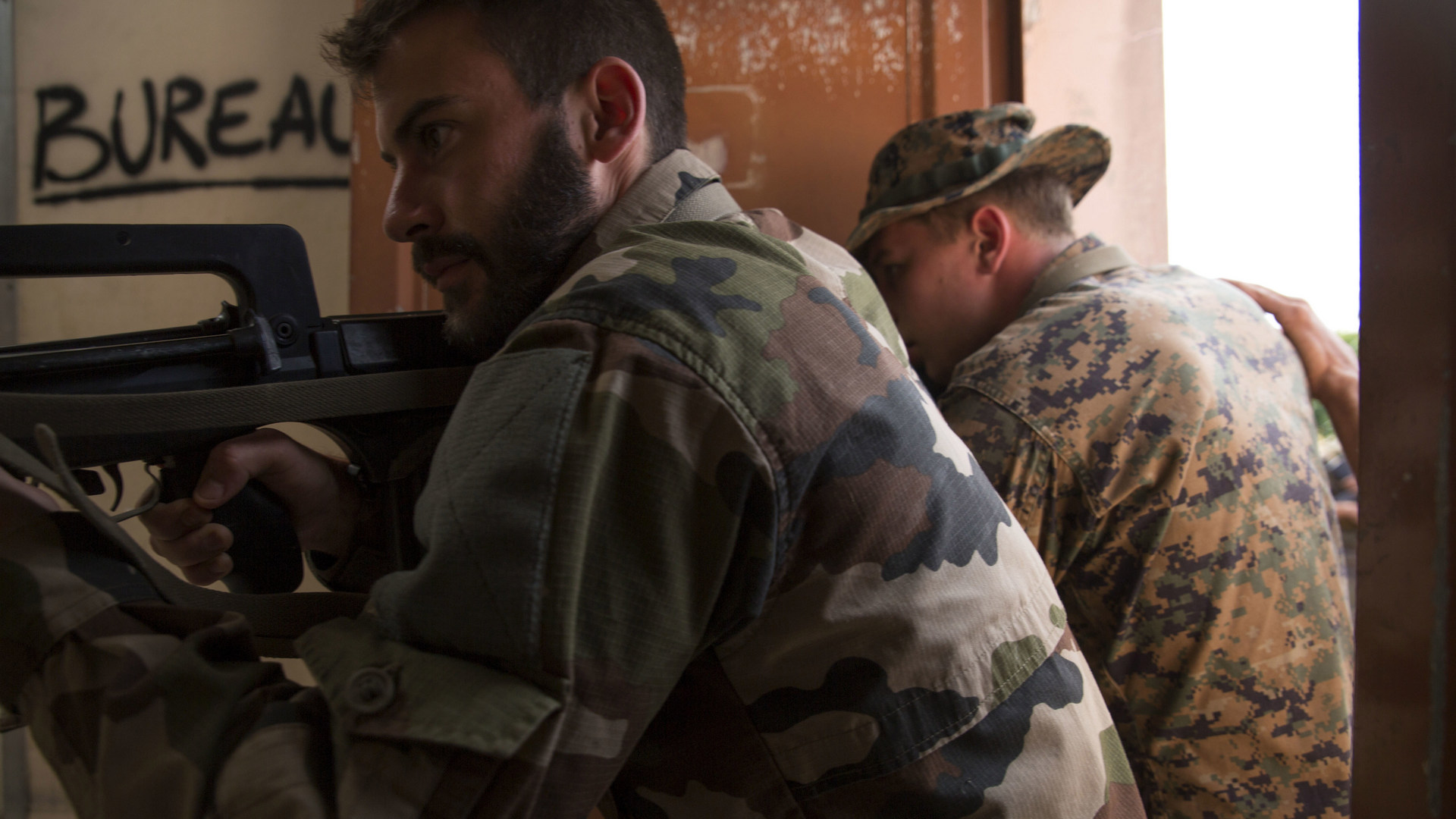 A French Army soldier and a Marine training in Quartier Gribeauval 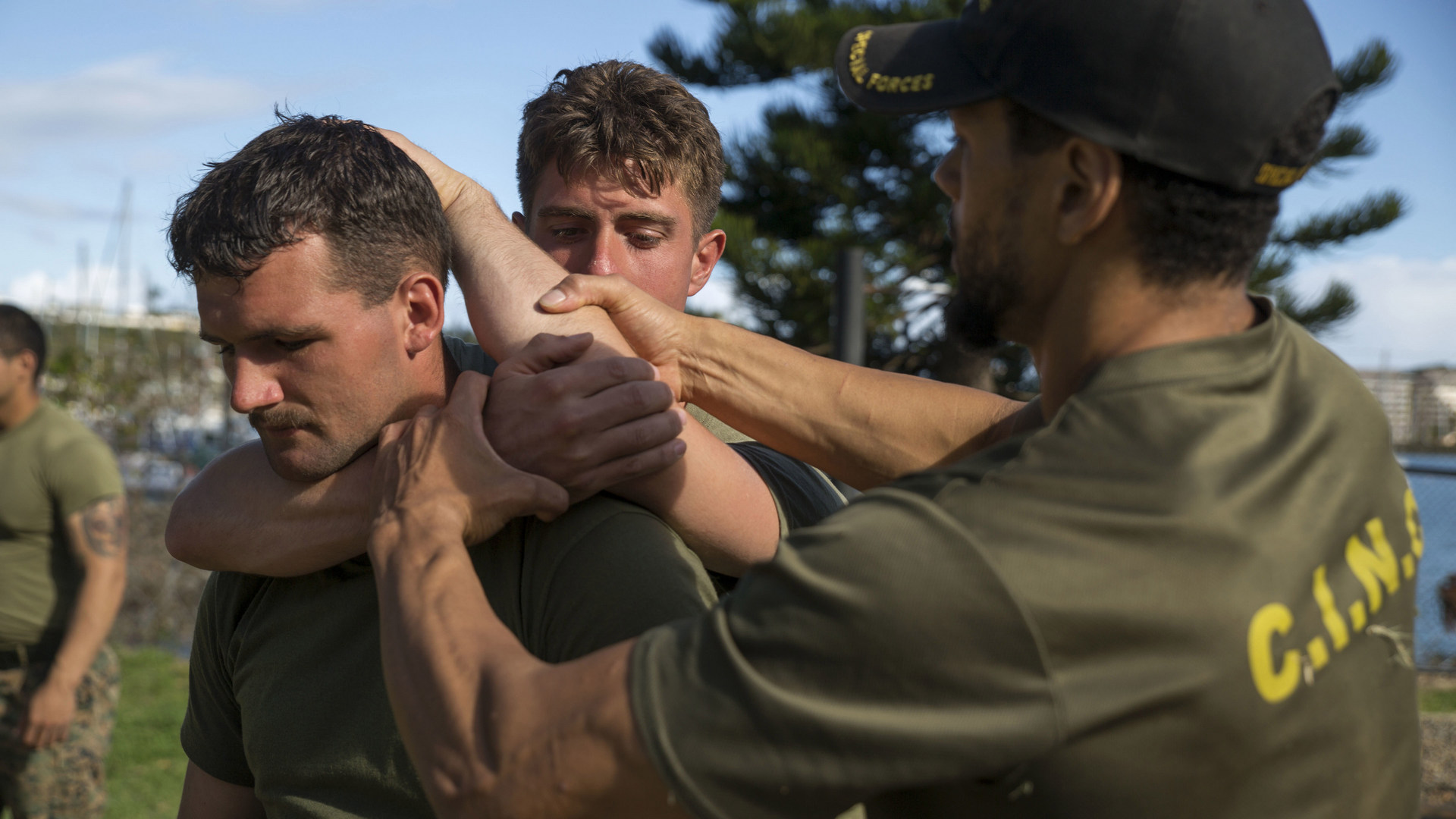 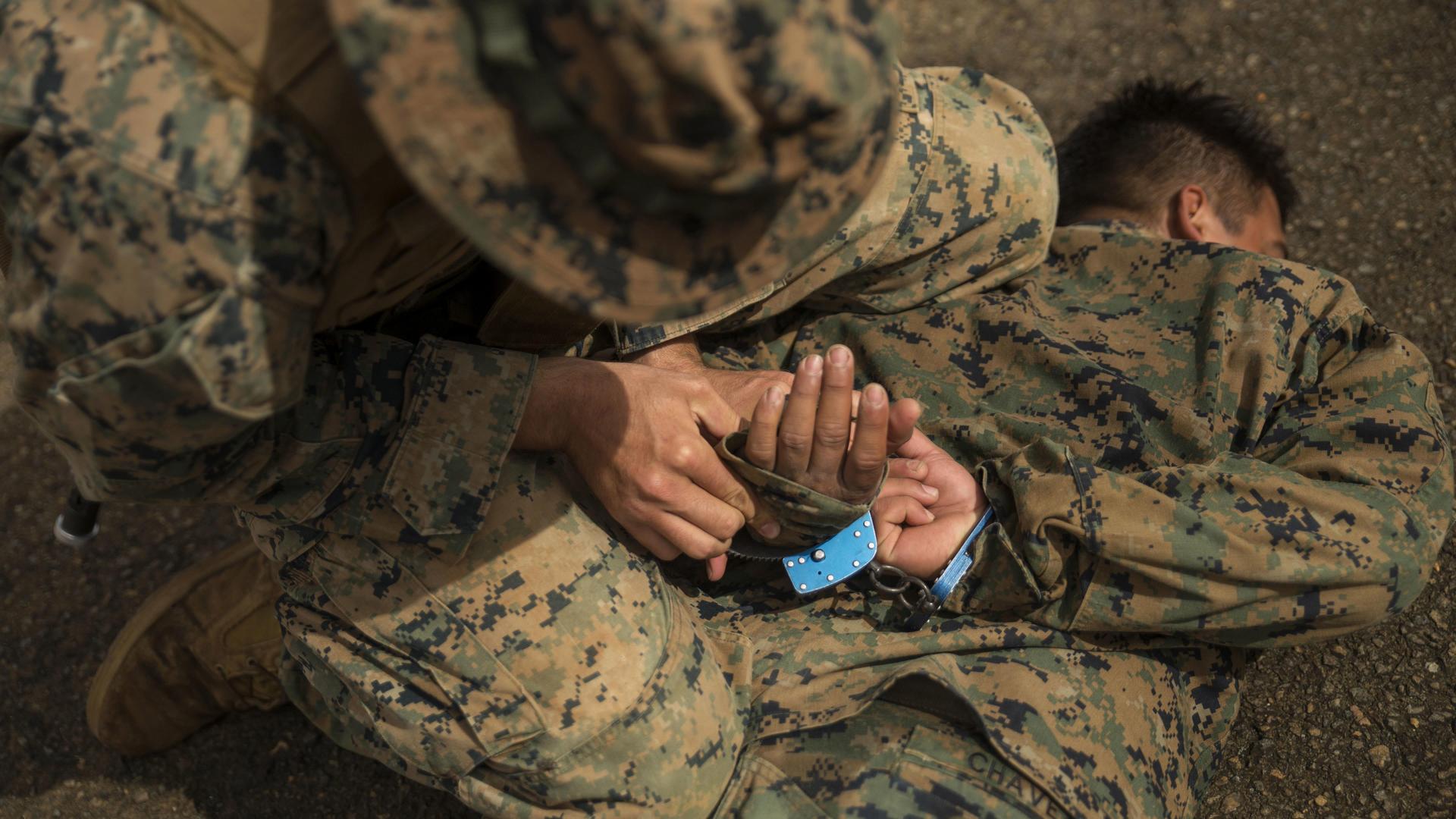 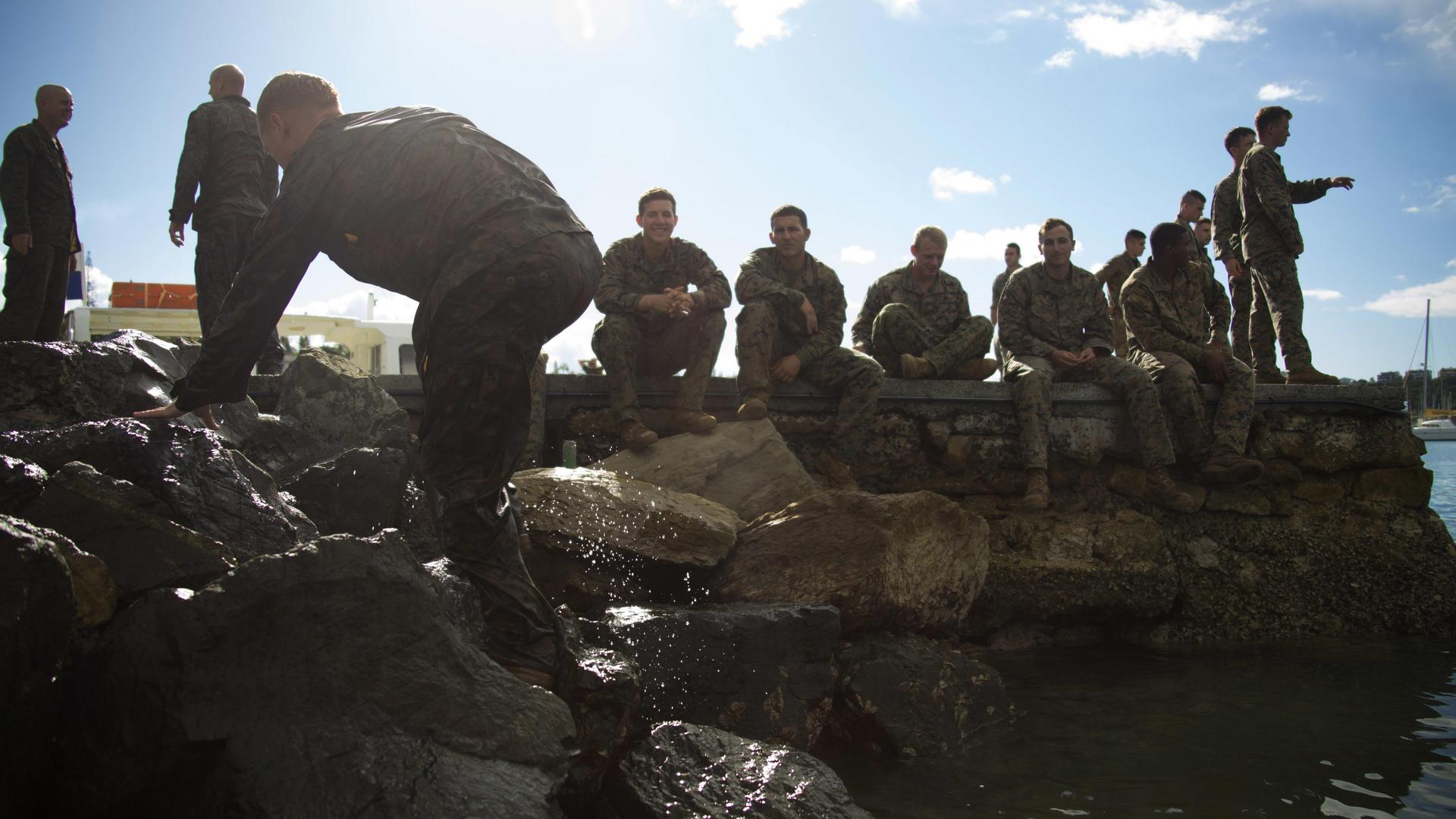 A Marine climbs back to shore after completing a swimming test 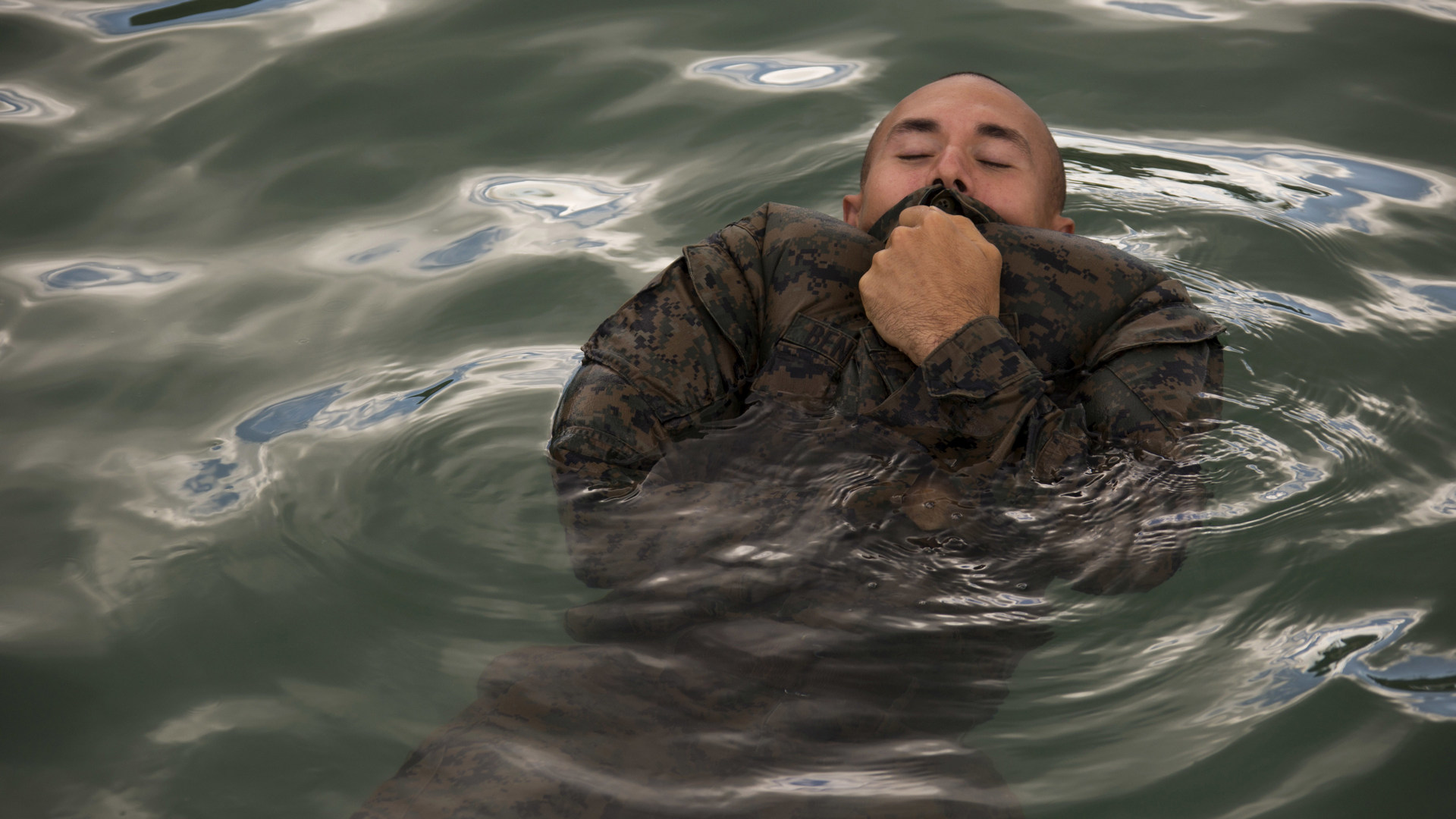 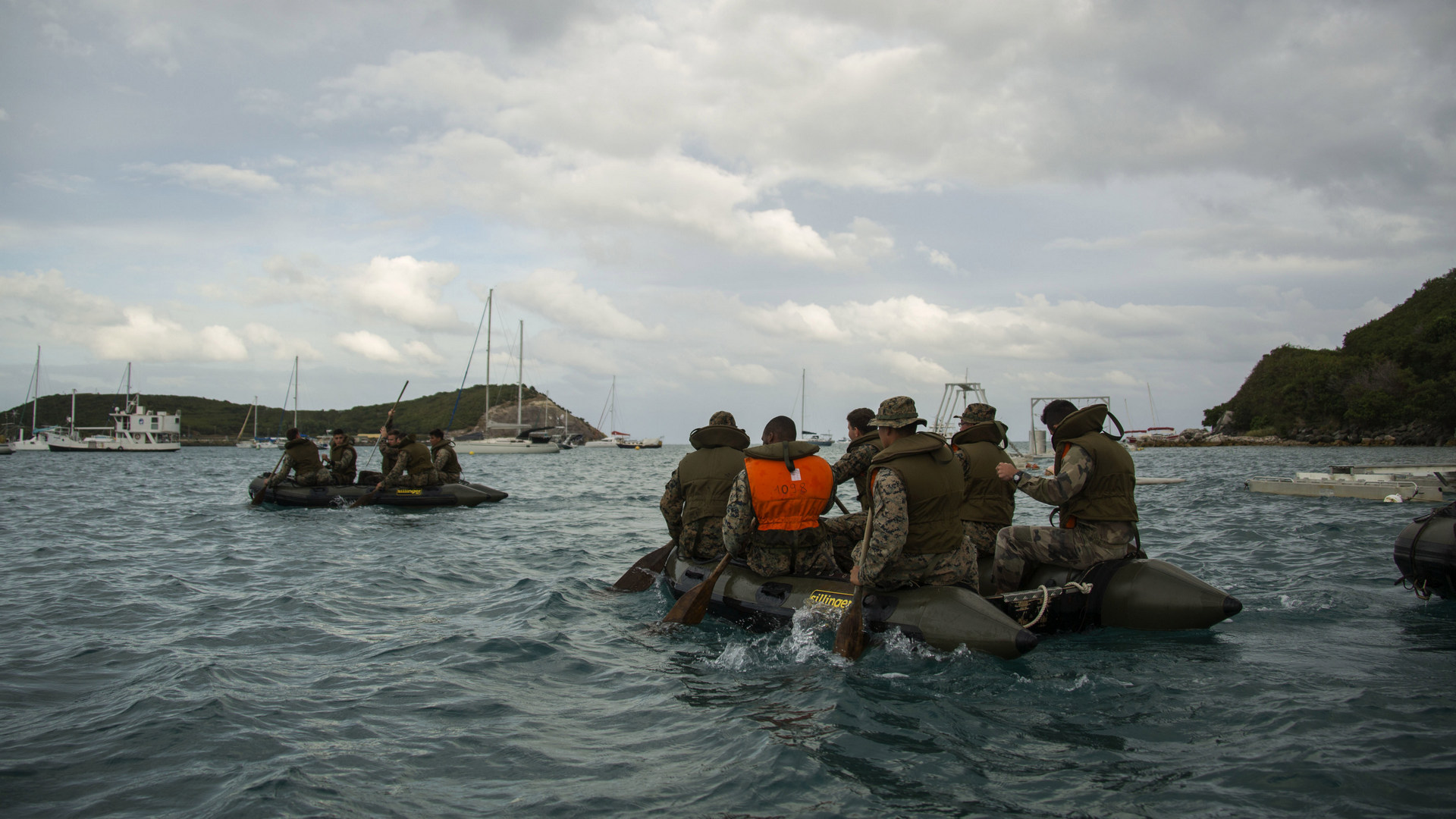 French Army soldiers and US Marines paddle to their next destination

The course consists of various water training and survival exercises, hand-to-hand combat, close quarters battles, knot tying, building rope bridges and more. Everything the Marines and soldiers learn and experience during the first two weeks will be used during the final three-day exercise on week three. 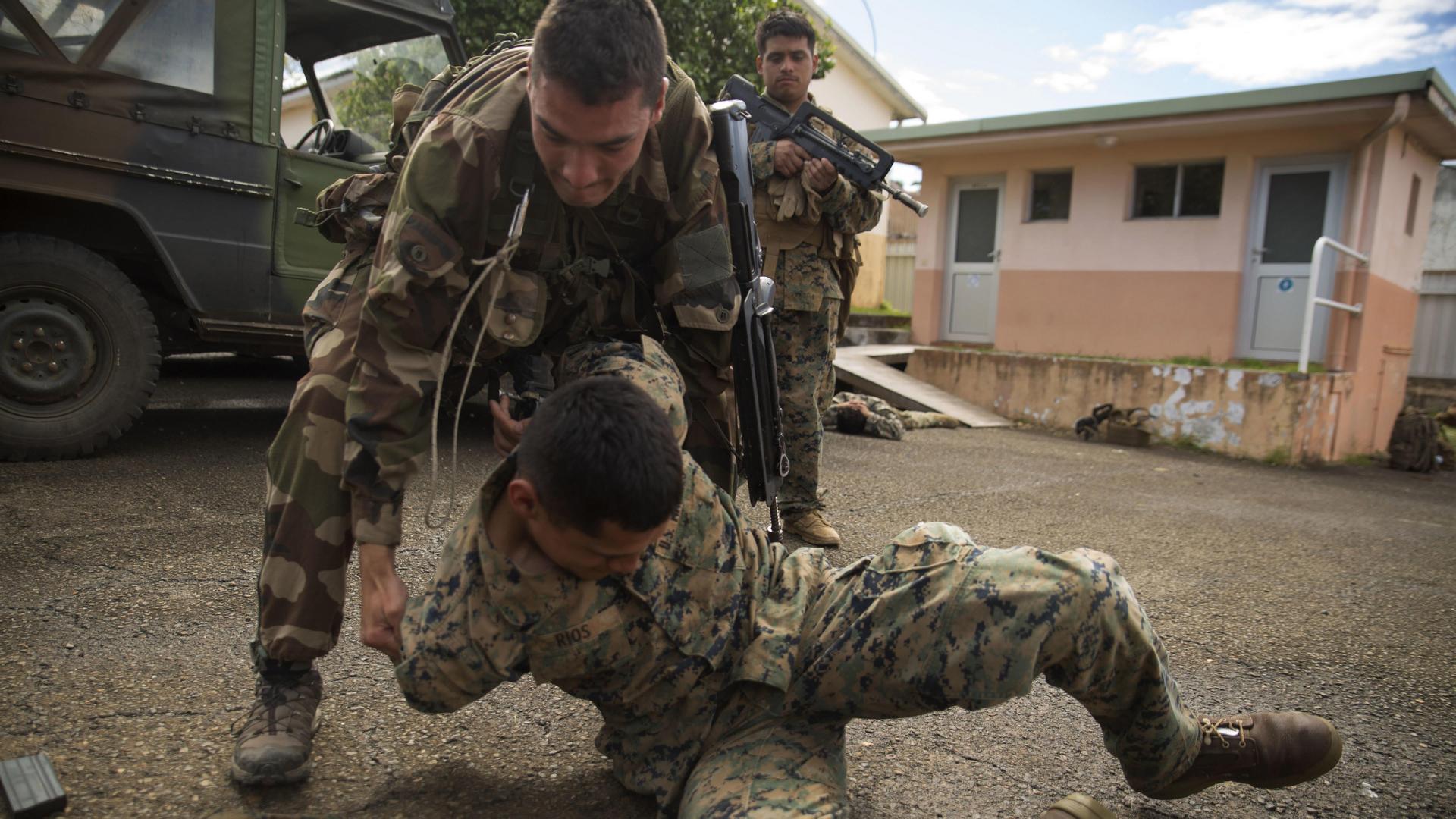 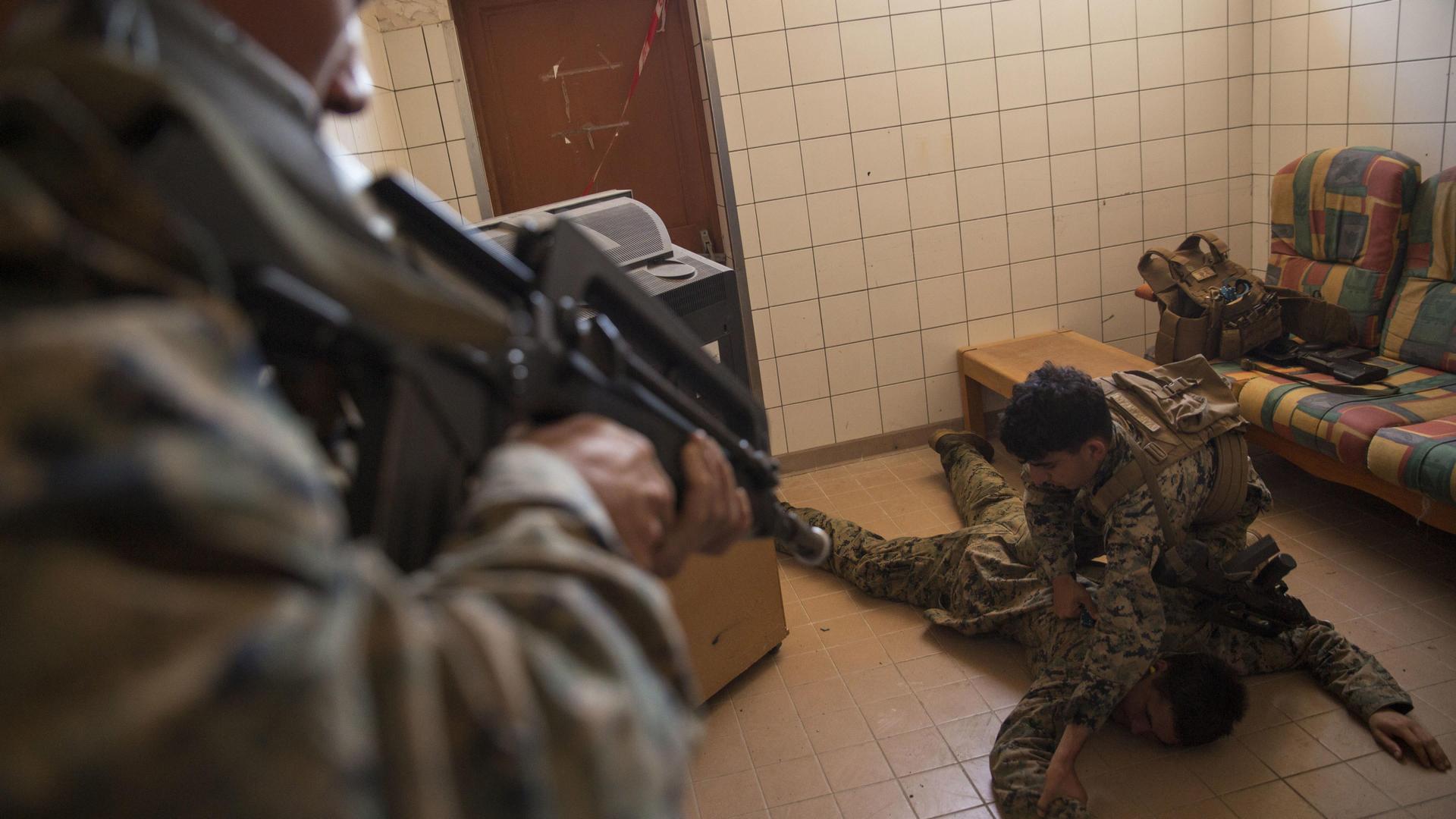 The Marine platoon split into two groups and integrated some French Army soldiers, allowing the two forces to work hand-in-hand and overcome the language barriers during team-building events.

“It’s been a worthwhile experience to see the differences and similarities between our military forces and how we operate together,” said Bennetti, a native of New York, New York. “Nothing really changes besides the language.” 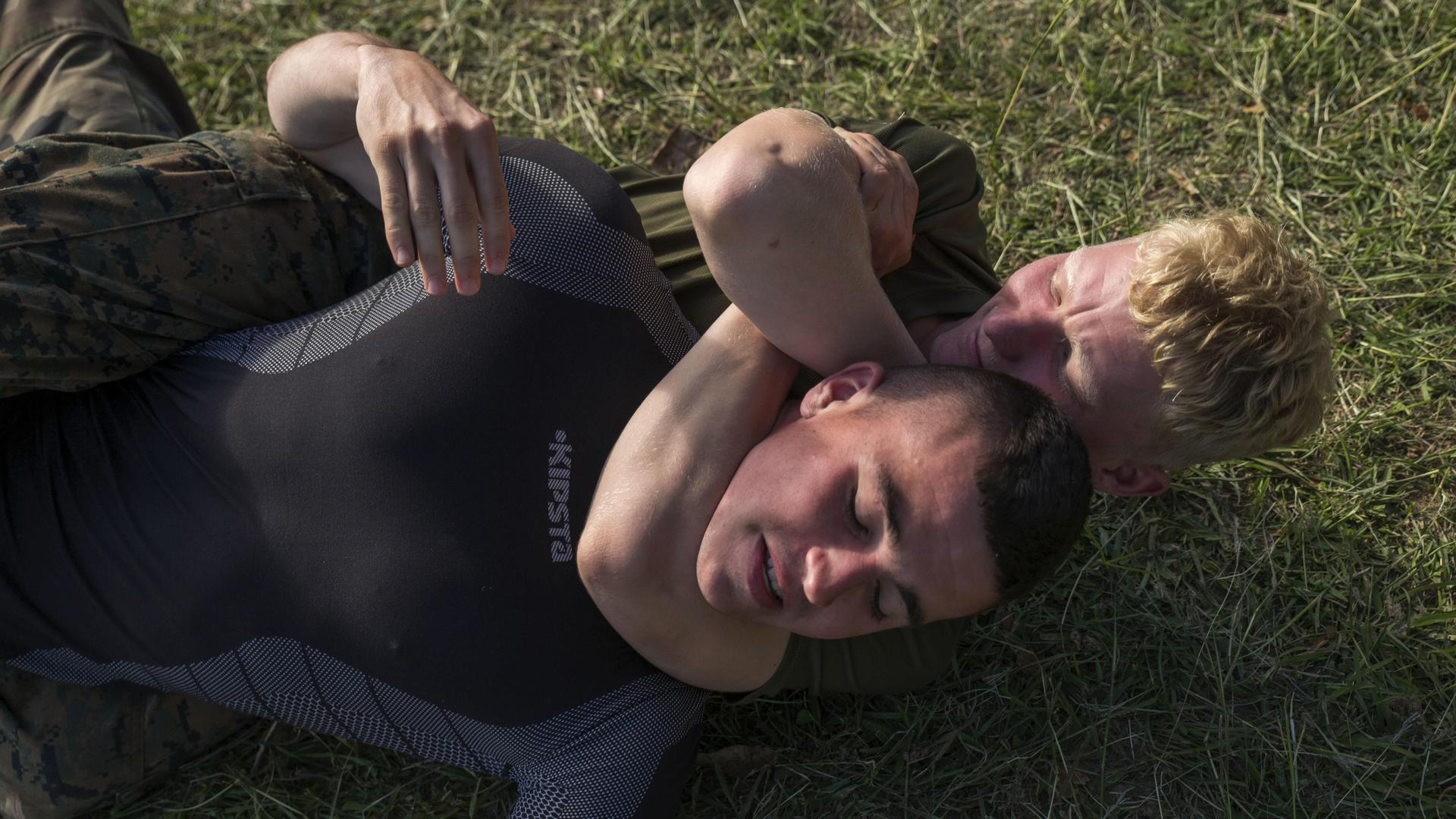 The U.S. Marines first participated in AmeriCal in 2011 and it is scheduled to become an annual exercise.

“I would suggest coming to this course if you get the chance to volunteer for it, otherwise, if you wouldn’t volunteer, you probably shouldn’t come because it’s definitely not easy,” said Krohn. “A lot of Marines had a rude awakening, but they’re performing very well now and we’re doing a really good job as a standard infantry platoon doing a commando course. It just shows what the Marine Corps Infantry is made of and what we can do.”