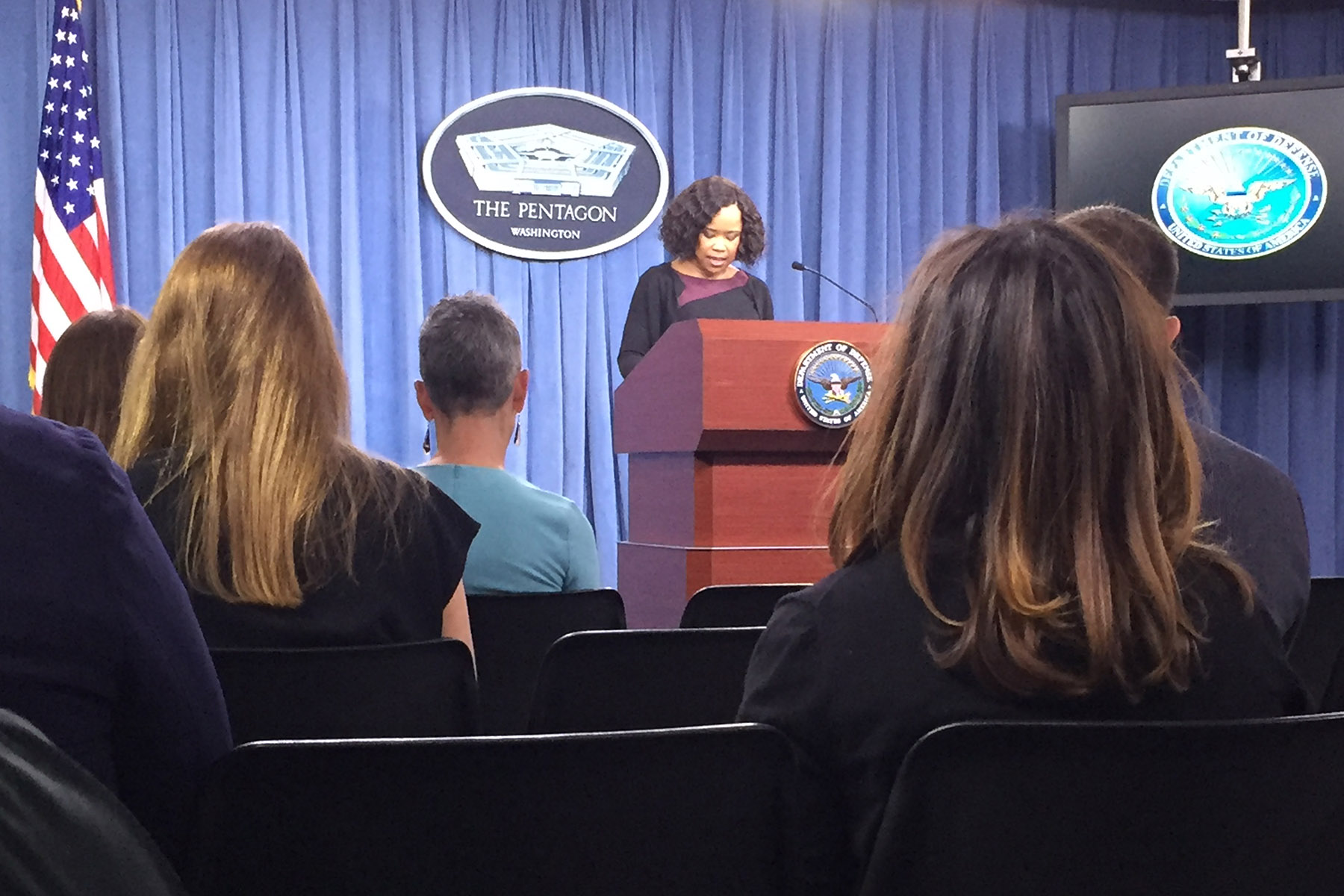 In her weekly news conference, White confirmed that two Air Force crewmen were slightly injured in one incident.

“They are very serious incidents,” White said. “There have been two minor injuries. This activity poses a true … threat to our airmen.”

The United States has formally “demarched” the Chinese government, and requested that the Chinese investigate the incidents. Demarche is a diplomatic term used when a nation protests or objects to policies or actions of another government.

Djibouti – on the Horn of Africa – is a strategic U.S. ally, and the nation has hosted a U.S. presence since 2002. Last year, the country also agreed to host China’s first overseas military outpost, and that facility is located near the American base.

Over the last couple of weeks, in at least two and perhaps as many as 10 incidents, U.S. aircraft landing at the base were hit by laser beams. The Federal Aviation Administration has issued a Notice to Airmen on the danger, telling aircrews to “use caution for unauthorized laser activity.” U.S. officials said the beam is coming from a military grade laser, and that they are confident the Chinese are behind the incidents.

Firing lasers at aircraft can blind aircrew members during critical moments of landing. In the incident where the minor injuries occurred, a C-130 was landing at the base when it was painted by a laser beam. The aircraft managed to land safely, and the two aircrew members are recovering, Pentagon officials said.

“Our concern is the safety of our service members,” White said. “And so we raised the issue with China, and we expect China to investigate it thoroughly.”

See also : How China‘s military has zeroed in on laser technology (South China Morning Post, May 5, 2018).

China has also developed several types of low-power laser guns, which are used to dazzle or blind the enemy from a short range, or to damage the enemy’s night-vision devices. Four types of laser guns – the BBQ-905 Laser Dazzler Weapon, the WJG-2002 Laser Gun, the PY132A Blinding Laser Weapon and the PY131A Blinding Laser Weapon – were revealed in a report by state-run Global Times in 2015.