The San Antonio-class amphibious transport dock ship USS Anchorage departed from Naval Base San Diego to conduct an underway recovery test in conjunction with NASA off the Southern California coast.

The test is part of a government interagency effort to safely practice and evaluate recovery processes, procedures, hardware and personnel in an open ocean environment that will be used to recover the Orion spacecraft upon its return to Earth. 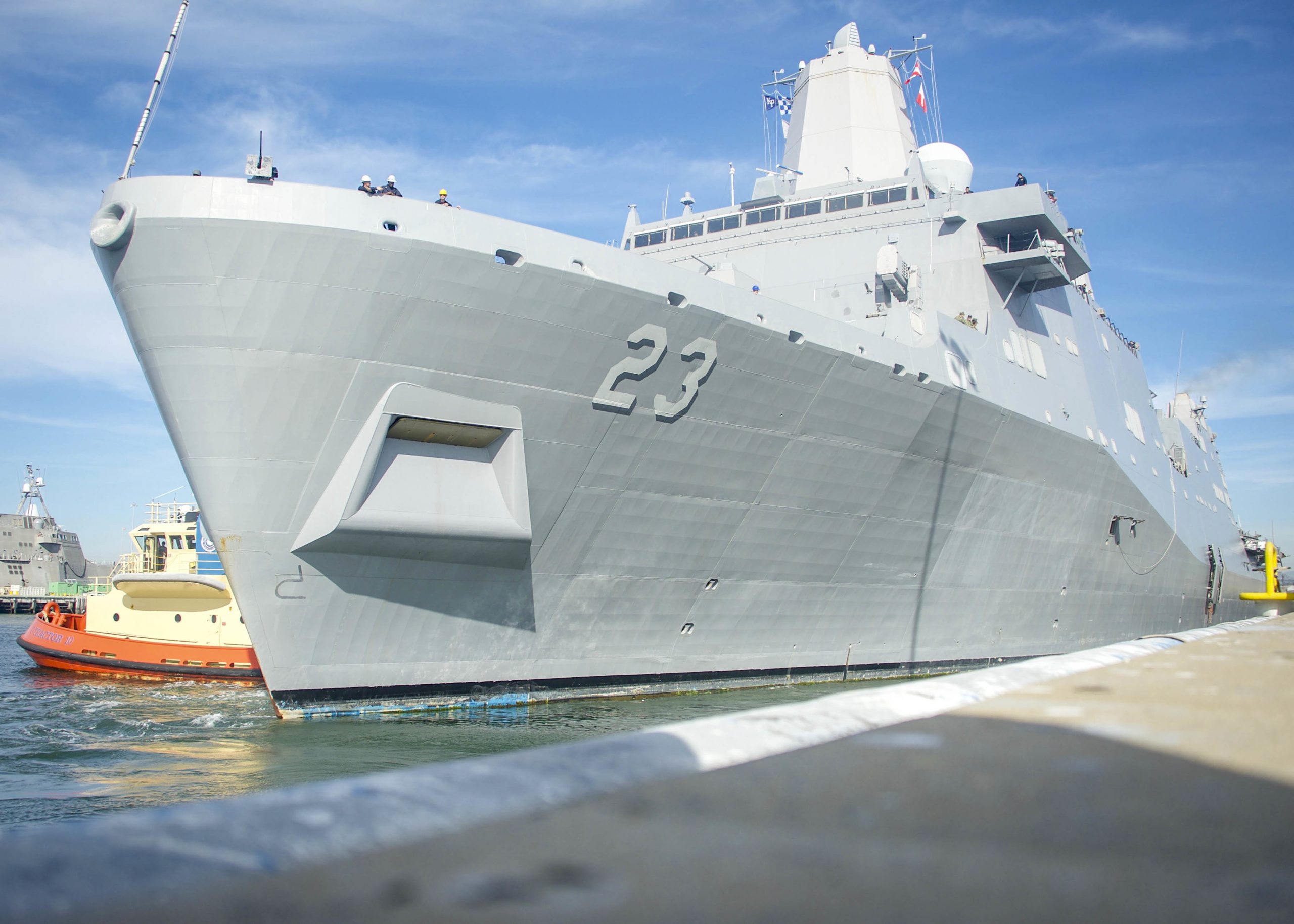 This will mark the fourth time Anchorage will conduct an underwater recovery test mission with NASA. Throughout the program’s history, a variety of San Antonio-class ships have been involved in preparing NASA and the Navy, using a mock capsule designed to roughly the same size, shape, and center of gravity as NASA’s Orion crew module.

NASA and Navy teams have taken lessons learned from previous recovery tests to improve operations and ensure the ability to safely and successfully recover the Orion capsule when it returns to Earth following Exploration Mission 1, slated for December 2019.

The mission will be an unmanned flight conducted to pave the way for subsequent crewed missions and to enable future missions to the moon, Mars and beyond, officials said.

Anchorage’s specially trained bridge team will be on watch while the ship conducts operations. Small boats carrying Navy divers and NASA’s recovery team will maneuver alongside the mock module to rig tending lines, guiding the capsule to Anchorage as the ship safely operates on station.

Conducting both daytime and nighttime recovery operations, NASA crew members will work alongside the Navy to manage how the capsule is brought in, set down and safely stored. NASA plans to conduct three more underway recovery test missions before the launch of Exploration Mission 1.

Anchorage is homeported in San Diego and is part of Naval Surface Forces and U.S. 3rd Fleet.