50,000 participants will be involved in target training events, utilizing approximately 250 aircraft, 65 ships and more than 10,000 support vehicles. The exercise will take place in Norway and the surrounding areas of the North Atlantic and the Baltic Sea… 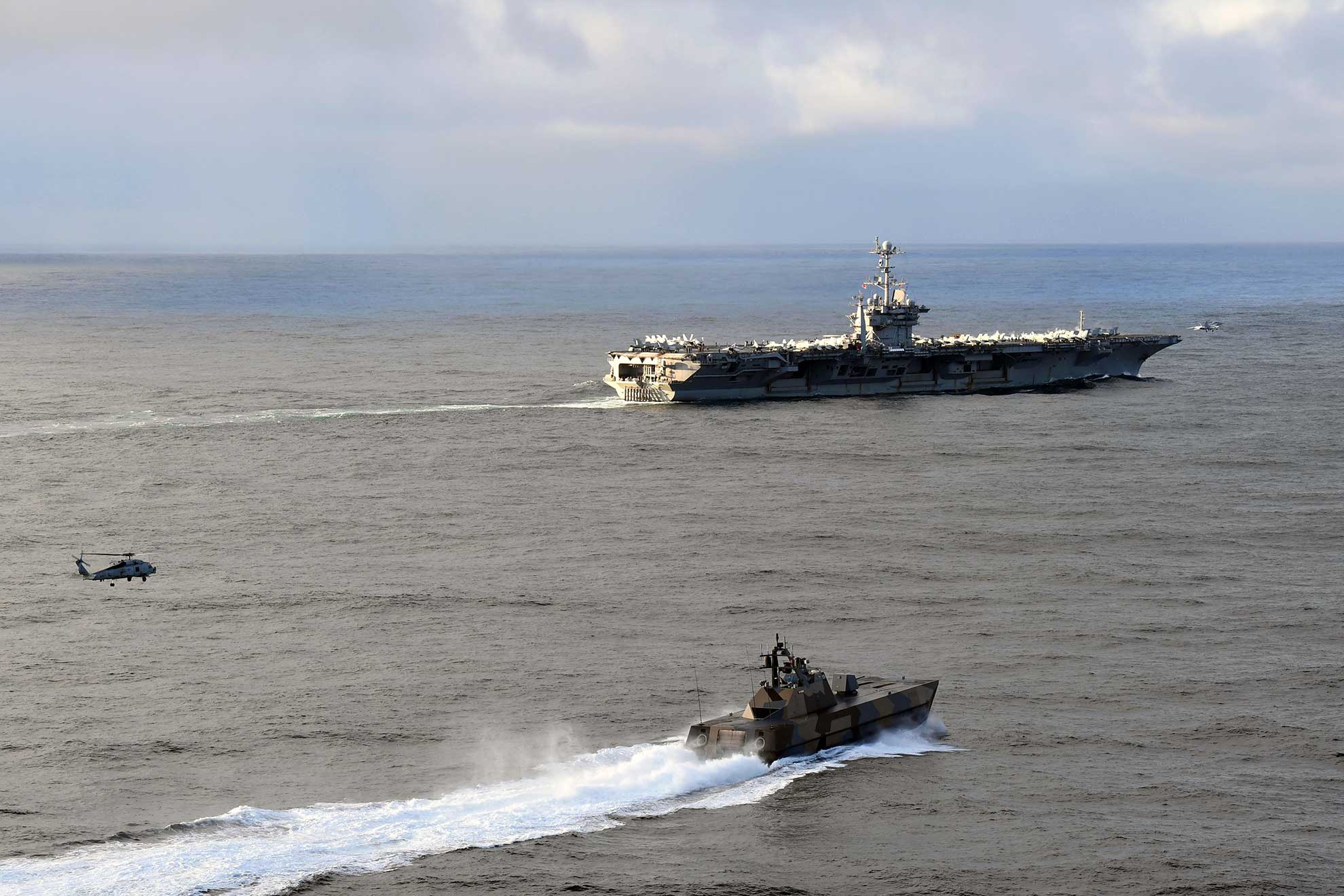 The U.S.’s 14,000-strong combined force will join participants from all 29 NATO member nations, as well as partners Sweden and Finland. The Harry S. Truman Carrier Strike Group (HSTCSG) will send aircraft from embarked Carrier Air Wing One (CVW-1) to conduct sorties, both at-sea and on Norwegian land ranges, nearly every day while participating in TRJE 18. Adding to the exercise, the strike group will be conducting high-end warfare training in air, surface and subsurface operations. Through these focused, multi-mission events, HSTCSG will work alongside allies and partners to refine its network of capabilities able to respond rapidly and decisively to any potential situation.

“For nearly 70 years, the NATO alliance has been built on the foundation of partnerships, cooperation and preserving lasting peace,” said HSTCSG Commander, Rear Adm. Gene Black. “Our strike group’s operations in the North Atlantic region over the past several weeks demonstrate our commitment to these ideals, and we’re looking forward to enhancing our cooperation with our allies and partners during Trident Juncture.”

The HSTCSG has spent much of the past few weeks in the North Atlantic refining its skill sets and capabilities in preparation for the exercise. After sailing off the coasts of Iceland and in the North Sea, strike group ships crossed the Arctic Circle and began operations in the Norwegian Sea. For several days, the strike group also operated alongside Royal Norwegian Navy ships in the Vestfjorden – a sea area inside Norwegian territorial waters.

Along with fostering stronger bonds among allies and partners, TRJE 18 is designed to ensure NATO forces are trained, able to operate together and ready to respond to any threat to global security and prosperity.

The exercise will take place in Norway and the surrounding areas of the North Atlantic and the Baltic Sea, including Iceland and the airspace of Finland and Sweden from Oct. 25 to Nov. 23. More than 50,000 participants will be involved in target training events, utilizing approximately 250 aircraft, 65 ships and more than 10,000 support vehicles.

“We’ve been looking forward to participating in this exercise, and it’s a privilege to take part,” added Black. “Trident Juncture provides our strike group another opportunity to work closely with our NATO allies in order to learn together, enhance our capabilities and become stronger together as we work toward mutual goals.”