The  destroyer USS Milius entered the U.S. 7th Fleet area of operations May 14 to join the forward-deployed U.S. naval forces in Japan. 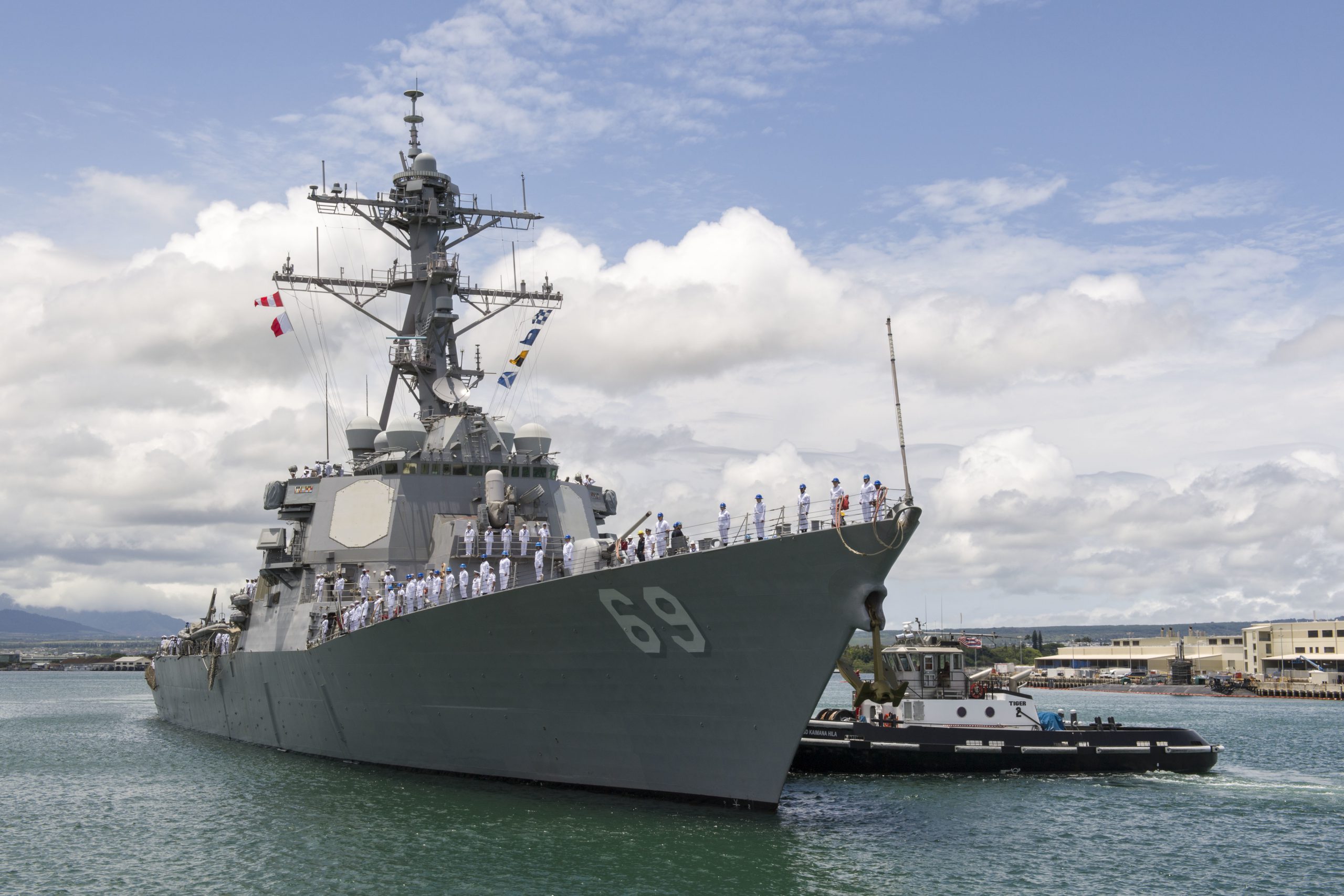 "I am very excited that Milius is coming to DESRON 15,” said Navy Capt. Jonathan Duffy, the commander of DESRON 15. “The ship's advanced capabilities will be vital in support of our missions in the Indo-Pacific region.”

During the past year, while homeported in San Diego, Milius was fitted with the Aegis Baseline 9 combat system, upgrading its air defense, ballistic missile defense, surface warfare and undersea warfare capabilities. The ship then completed Combat System Ship’s Qualification trials and multiple live-fire events to perform operational testing of its new weapons technology.

“I could not be prouder of this crew and their hard work and dedication leading up to this deployment,” said Navy Cmdr. Jennifer Pontius, the commander of the USS Milius. “The crew has trained extremely hard to get the ship fully certified and ready for tasking, and we are excited to operate forward and bring new capabilities to the [forward-deployed U.S. naval forces] team.”

A U.S. Navy destroyer is a  ship that can operate independently or as part of a larger group of ships at sea. The Milius is equipped with a Vertical Launching System, Tomahawk Cruise Missiles, torpedoes, guns and Phalanx Close-In Weapons Systems.

When the Milius arrives in Yokosuka, Japan, it is scheduled to undergo a regular maintenance period while the crew and their families settle into the area.

Milius follows the  destroyers USS Benfold and USS Barry as the final destroyer to transition from the U.S. 3rd Fleet to the U.S. 7th Fleet. The move is part of the U.S. Navy’s plan to rotate newer and more capable units into positions across the Indo-Pacific region to provide security and stability to the forward-deployed Navy.