War! That was the headline screaming from newspapers around the country on April 6, 1917, as the United States declared war on the German empire… Congress provided the then-astronomical sum of $3 billion to build a million-man Army.

That was the headline screaming from newspapers around the country on April 6, 1917, as the United States declared war on the German empire.

The United States had avoided being drawn into what was then known as “The Great War,” which had been raging in Europe since 1914. But German unrestricted submarine warfare – which U.S. leaders regarded as war on civilians – led to this juncture. President Woodrow Wilson, who had just been re-elected under the slogan “He Kept Us Out of War,” felt he had no other option.

Congress provided the then-astronomical sum of $3 billion to build a million-man Army. 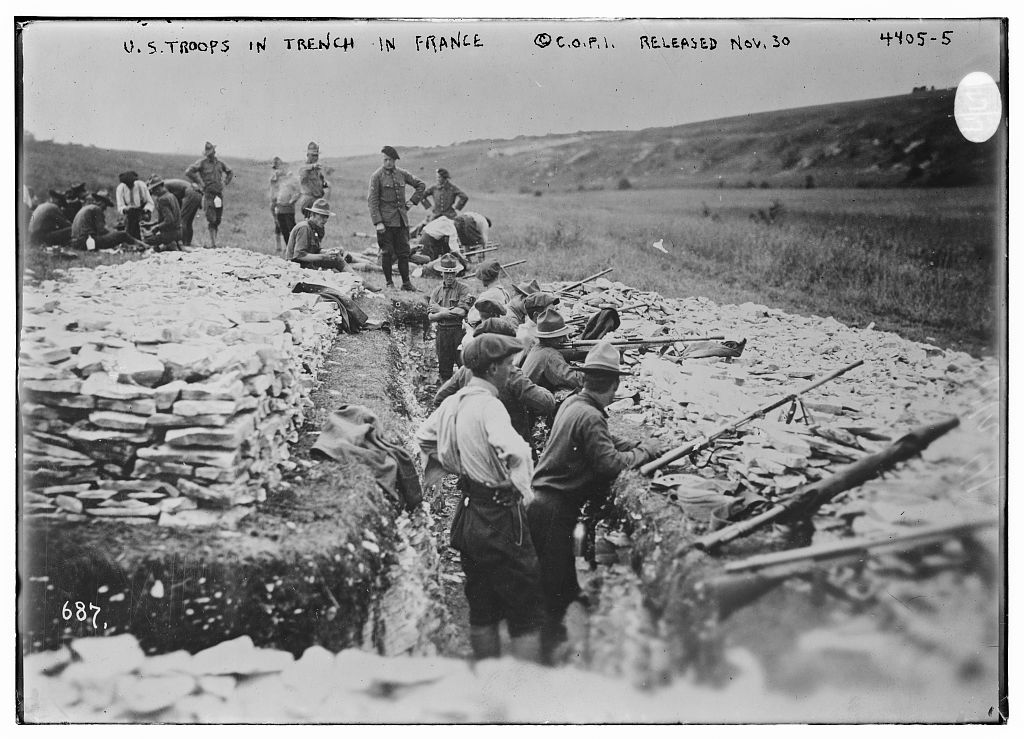 “The United States was in it, but they had to define what ‘it’ meant,” said Brian Neumann, a historian at the Army’s Center of Military History. Neumann, who edited a series on the Army during World War I, said it wasn’t a done deal that Americans would go to France to help man the Western Front.

Some Americans believed that because a naval provocation led to the war, the proportional response would be a naval campaign against Germany. Others felt it was all right to help France, but not to help Great Britain, he said.

Still others believed that going to war had to mean something greater than simply returning to the status quo on the continent, Neumann said. They saw the war as an inferno that would topple empires so democracy and the will of the people could triumph. This was the camp that led.

“For the United States to have a voice at the peace table, it had to make a significant contribution to the war effort,” Neumann said. “That meant building an Army and engaging the enemy on the Western Front.”

Doing that was no simple task. On April 6, the U.S. Army was a constabulary force of 127,151 soldiers. The National Guard had 181,620 members. Both the country and the Army were absolutely unprepared for what was going to happen.

The United States had no process in place to build a mass army, supply it, transport it and fight it. Continental European powers had a universal military service program in place, and when war broke out, reservists – already trained – went to their mobilization points and joined their units.

Germany, France, Russia and Austria-Hungary had large standing armies and reserve formations in 1914 that the nations could call up in the event of a war. Great Britain maintained a robust naval reserve, but did not have a commensurate universal service reserve for its army.

“Britain and the United States didn’t see the need for universal service because of the English Channel and the Atlantic Ocean. Those were two pretty good barriers,” Neumann said. “But after the war broke out, Britain began building its army.” 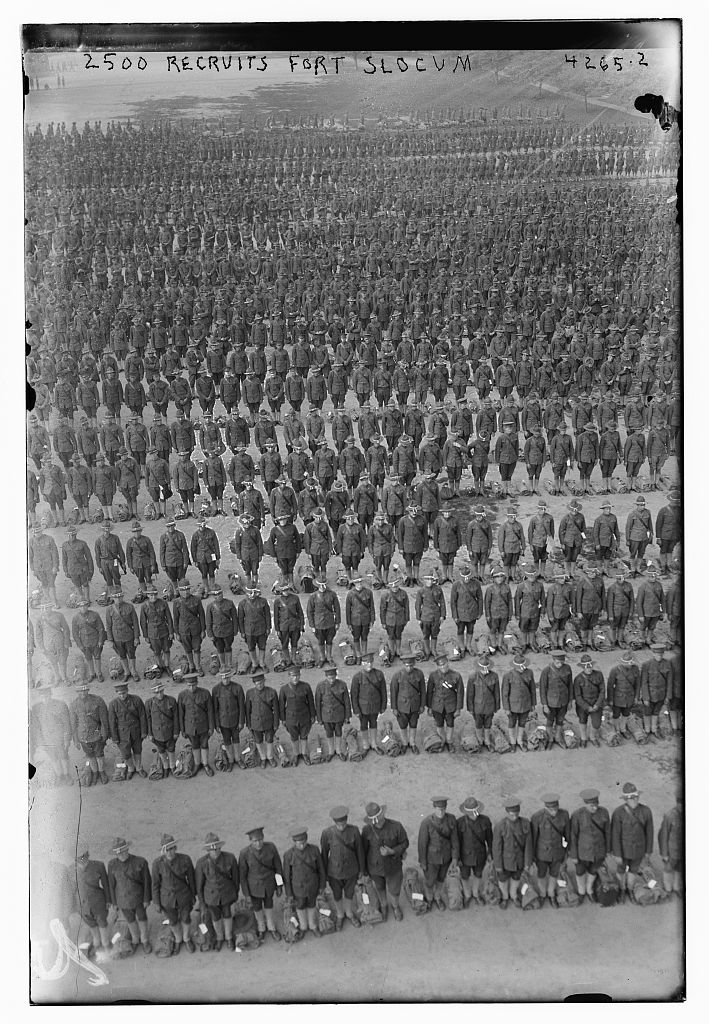 In 1917, Britain had an army of roughly 4 million soldiers, not counting the contributions of Canada, Australia, New Zealand, India and the other parts of its empire. At its peak, the French army had 8.3 million “poilus” – as the French called their soldiers. The German army had 11 million under arms, the Ottoman Empire had 2.9 million, Russia had 12 million, and Austria-Hungary had 7.8 million.

The United States had to match that level of manpower.

What’s more, it had to be an American army. The United States did not formally join the alliance against Germany. Rather it was an Associated Power, which meant the United States would work with the Allies, but would be free to pursue its own strategic objectives.

The British and French desperately needed soldiers, and they wanted them fast. “This was the heart of the whole amalgamation debate,” Neumann said. “The French proposed taking American battalions and merging them into French brigades until enough arrived to form an American Army. The British wanted American soldiers to go through their training and be assigned to British units. No one on this side of the Atlantic agreed to either proposal.”

Wilson believed that without an independent American fighting force, he would not be able to shape the post-war peace – that the overwhelming sacrifices made by all would mean nothing without a change to the status quo. But the overriding reason for an independent American expeditionary force was the belief was that the American public would not support their soldiers fighting and dying under a foreign flag, Neumann said.

Wilson and Secretary of War Newton D. Baker chose Army Gen. John J. Pershing to lead what would become the American Expeditionary Forces in France. Pershing was one of the few Army leaders to command large formations, having been in charge of the U.S. intervention in Mexico in 1916. He had been a successful combat leader in Cuba and the Philippines. Much of his time in France would be spent simply building — and protecting — the independent American presence in the country.

While many Americans rushed to recruiting stations and enlisted, the War Department recommended a draft to build what was called the National Army. “America’s only other experience with the draft – during the Civil War – was not pleasant,” Neumann said. “There were too many loopholes. It allowed rich men to buy substitutes. It was unfair.” 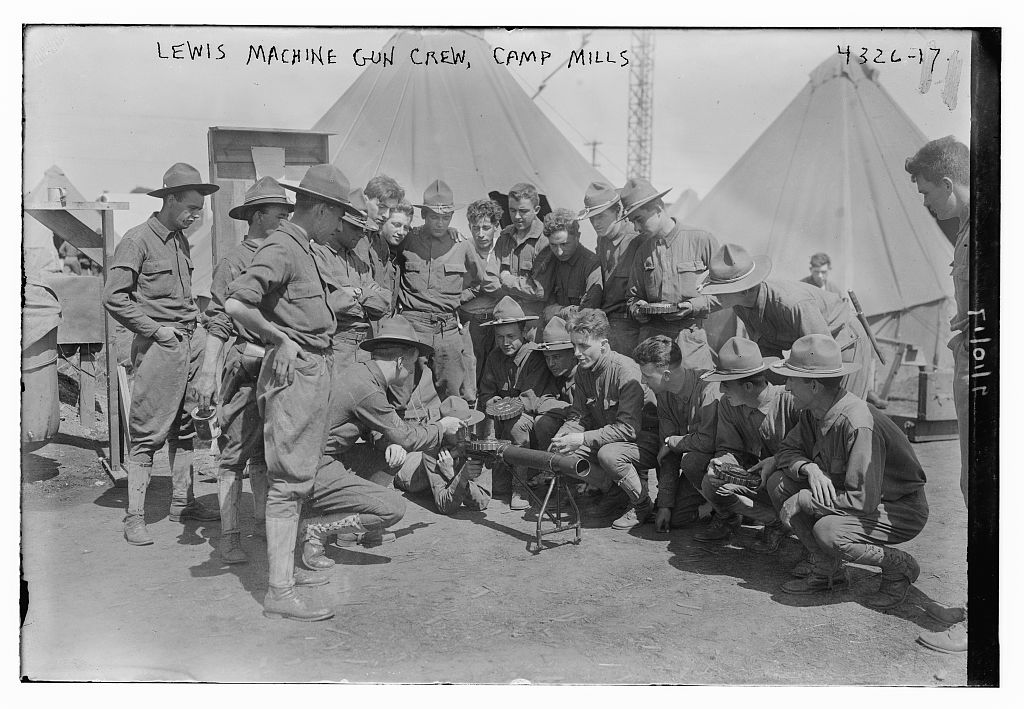 And Americans had a distrust of a large standing army, going back to the founding of the republic. Many recent immigrants also disliked the idea of forced national service.

But a draft – or Selective Service – was the only way to go, and officials crafted legislation to eliminate most of the unfairness. The Selective Service Act passed on May 18, 1917, and all men age 21 to 30 were required to register with local draft boards. As the war continued, the age for registration went up to 45. Overall, 24,234,021 men registered for the draft, and inductees comprised 66 percent of those who served.

Building the barracks and training facilities was also a priority. Many of the bases still familiar today were established in 1917. Camp Jackson, South Carolina; Camp Meade, Maryland; Camp Lee, Virginia; Camp Lewis, Washington and Camp Gordon, Georgia were among the 30 camps and cantonments the Army built to handle the hundreds of thousands of draftees that came in.

The camps needed roads, railroad spurs, sewage, barracks, mess halls, headquarters buildings, hospitals — all the things that a post needs to function — and they needed to build them all at once.

Camp Jackson was a good example. Camp Jackson had a total military strength of 42,498, according to the Fort Jackson website. In six months, they built 1,519 buildings, spending a total of $8,897,375. This did not include the cost of roads, electricity or plumbing. This effort was duplicated at Camp Funston, Kansas; Camp Shelby, Mississippi; Camp Devens, Massachusetts; and at 26 other places around the United States.

Some camps were better than others. There is a classic bit of testimony before Congress about a barracks built so badly that snow came in the cracks and coated sleeping soldiers. Still, it was a tremendous accomplishment to build the camps and cantonments, even as soldiers were reporting for training.

Equipment was another bottleneck. The first troops showed up and trained with wooden rifles. There were delays in getting uniforms and boots. Heavy equipment or weapons? Nope. Machine guns or artillery? Not really. British and French personnel came to the United States to help train the doughboys, but it was mostly marching, target practice and small unit movement.

Finally, what would the units themselves look like? Pershing decided each American division would have four infantry regiments, an artillery brigade and ancillary units to allow it to function. Each would have 28,000 soldiers – about two to three times the size of British or French divisions. Part of the reasoning was to give the units combat power. Part was because there was a dearth of qualified military leaders.

While all this was happening in the United States, there was still a war going on, and the situation was desperate.

In April 1917, the French poilus in seven corps were ordered to attack Chemin des Dames, a massive limestone formation that the Germans had transformed into a perfect defensive position. French units suffered 40,000 casualties the first day of the offensive and 271,000 over the course of the offensive.

And then they quit.

French soldiers had had enough, and about half of its infantry divisions refused to fight. These mutinies – which the Germans never found out about – caused the commander to resign and brought Gen. Philippe Petain, the hero of Verdun, to command of French forces. Petain, who collaborated with the Nazis in World War II, would rest the forces, grant leave and order no new offensives. His strategy “was to wait for the tanks and the Americans.”

Across the continent, Russian Czar Nicholas II had abdicated. While Russian forces were still in the field against German and Austro-Hungarian forces, they were stumbling toward dissolution with units already choosing sides for what would become a civil war. 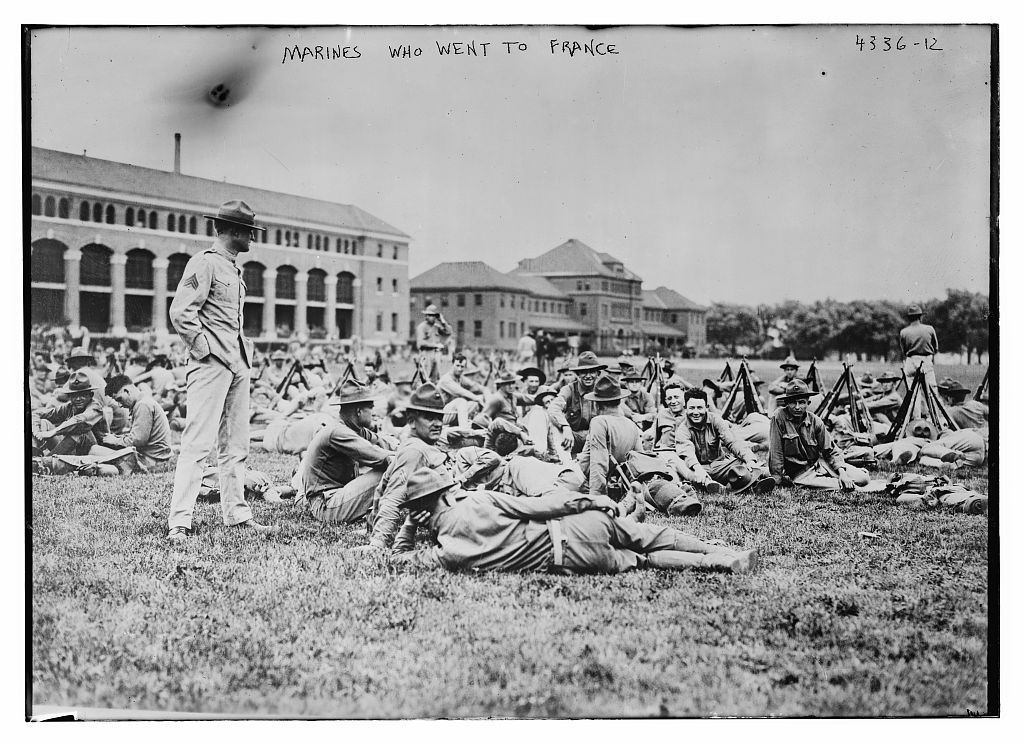 And in Italy, a combined German-Austrian offensive pushed the Italian army back 60 miles from the battle line along the Isonzo River in the Battle of Caporetto. To stabilize the front, British and French units – desperately needed in France – had to deploy to Italy.

This was the situation Pershing faced when he arrived in France on June 10. A cobbled together U.S. Army provisional division – which morphed into the 1st Division, “the Big Red One” – began arriving later in the month to a rapturous welcome. On July 4, the Big Red One paraded through Paris and stopped at the tomb of the Marquis de Lafayette – the French nobleman who valiantly fought in the American Revolution. “Lafayette, we are here,” said Army Col. Charles E. Stanton during a speech at the tomb.

And more would be coming. After surveying the strategic situation, Pershing sent a telegram to the War Department: “Plans contemplate sending over at least one million men by next May.”

It was a tall order, and at the time it was written, a seemingly impossible one.