U.S. Southern Command is strengthening interagency cooperation as well as partnerships in Latin America and the Caribbean to address evolving security threats. 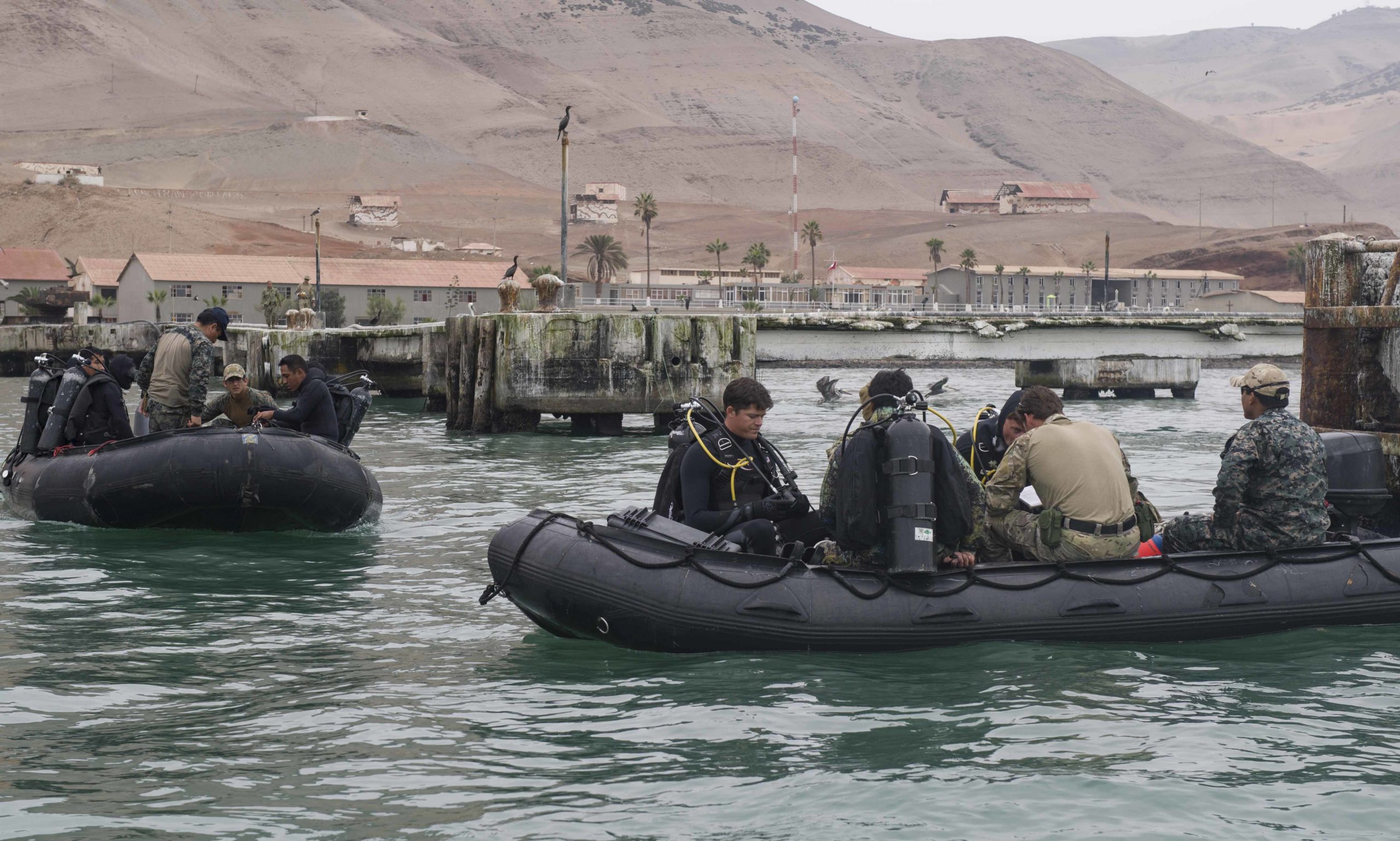 “Drug traffickers, human smugglers, terrorist supporters, arms dealers and money launderers are not new to this region, but they operate in new and surprising ways, compared to years past,” Tidd told reporters in a press briefing.

New approaches are needed in dealing with these threats, he said, as “relying solely on what worked in decades past to find and disrupt them is not enough.”

The criminal and extremist elements are well-financed and are increasingly sophisticated and adaptive, he said. They are leveraging all means available to move “lethal narcotics, people, weapons and dirty money into and out of Latin America and the U.S. homeland,” he said.

“Extremist networks like [the Islamic State of Iraq and Syria] reach deep into our hemisphere, inspire would-be terrorists to conduct attacks in the region or to attempt entry into the United States to do our citizens harm,” he said.

Tidd expressed concern about the influence of China, Russia and Iran in the region, saying those three countries seek “footholds in our hemisphere,” but do not share the same values as the Western Hemisphere in regards to freedoms and democratic ideals.

“Those freedoms and principles are what unite us,” he said, adding the United States is “watchful” for attempts to erode those shared principles, threaten U.S. interests or undermine U.S. partnerships within the region.

“These shared concerns are driving our efforts to continue building a network of capable partners across the Defense Department, the federal government, the Western Hemisphere, and ultimately the international community,” the admiral said.

Southcom is working with U.S. federal partners to identify ways to unify a response to the deadly opioid crisis in the United States, Tidd said. Further, Southcom has expanded collaboration with the Departments of Treasury and Homeland Security to increase intelligence sharing and analysis to better detect, disrupt and dismantle security threats.

International partners are vital as well, he explained, in addressing threats and stopping illicit activities.

“After Hurricanes Irma and Maria caused levels of devastation not experienced in a generation, we worked side by side with Caribbean and European partners to evacuate and deliver aid to thousands of victims,” he said.

Southcom’s area of responsibility in Central America, the Caribbean and South America encompasses 31 countries and 16 dependencies and areas of special sovereignty. Tidd highlighted how the command will continue to enhance its network of collaboration in the region.

“The long-standing ties that we enjoy with those nations should never be taken for granted,” he said. “If we do not actively engage and work with these partners, others will.”