In a discussion on maritime security at the CSIS, Navy Adm. Kurt W. Tidd mentioned networked threats in Latin America, beyond stopping drug trafficking, smuggling of weapons and other illicit goods, and human trafficking. 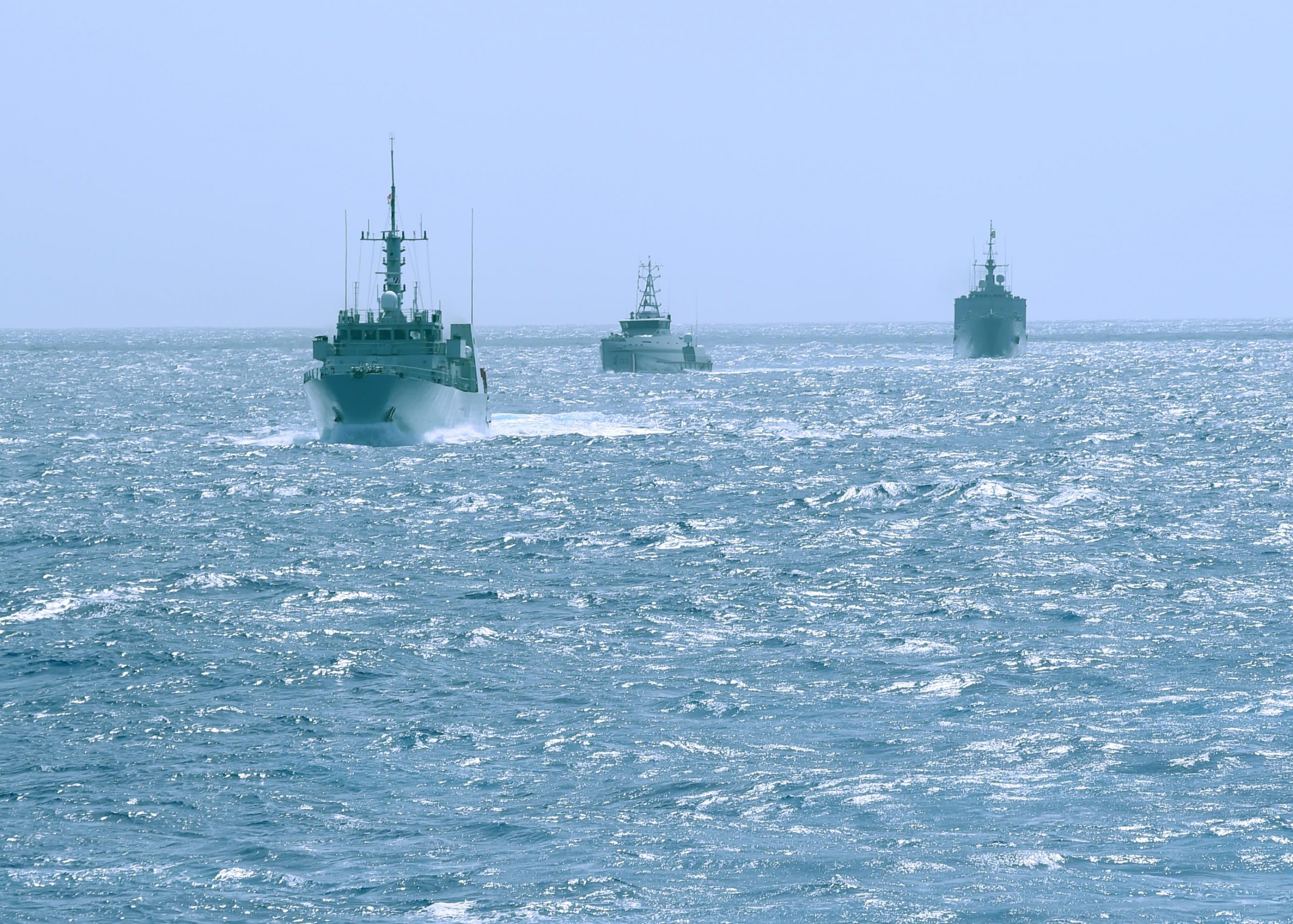 Lining up during the Tradewinds 2016 exercise in the Caribbean Sea

Addressing these threats goes beyond stopping drug trafficking, the smuggling of weapons and other illicit goods, and human trafficking, Navy Adm. Kurt W. Tidd told the Center for Strategic and International Studies in a discussion on maritime security.

"Instead, it’s the amorphous, adaptable and networked threats enabling these illicit flows that keep me up at night," he said. "Transregional and transnational threat networks — and not the commodities that they move — are the real threat to our nation’s security and the region’s stability."

While Southcom's focus had largely been in the last decades on combating the flow of drugs, the command is instead lifting its sights off a singular threat to take a networked view of the security environment, Tidd explained.

Whether extremist, criminal or even state-sponsored, the networked threats are a "significant challenge facing every nation in the Western Hemisphere," he said.

Some networks, for example, smuggle small arms via maritime conveyances or traffic cocaine, while violent extremist networks spread influence, and move money, weapons and people, he said. Human trafficking networks smuggle desperate people from all over the world into the United States who are seeking employment or trying to escape conflict, he said.

"While other networks specialize at moving individuals with questionable backgrounds, worrisome intentions, and possible ties to terrorism into the United States via a long and circuitous route, sometimes starting in South America, up through Central America and Mexico, and into the United States," he said.

Some, he said, even possess the expertise to build semi- and fully-submersible watercraft that are can travel unassisted and undetected.

Combating the threat networks requires a new way of thinking, he said. He called for strengthened bonds among U.S. government agencies, as well as increased regional maritime cooperation, including in information sharing and multilateral exercises.

In the question-and-answer session of the hour-long discussion, Tidd noted the contributions of Central and South American nations to regional and global security.

The United States and Colombia, for example, have had a special relationship for more than two decades, he pointed out. Colombia, he noted, is very close to achieving a peaceful conclusion to its more than five-decades-long civil war.

"This is a country that has significant capabilities and is willing to shoulder the responsibilities of being a security leader," he said.

Chile and Peru have significant capabilities and are working closely in support of peace and security, he said. In addition, El Salvador has deployed a helicopter detachment to the U.N. peacekeeping mission in Mali, he said.

There are a number of countries in the region, he said, that have significant capabilities and are interested in being constructive partners on a global scale, he said.

Russia is reinvesting a significant amount in historical relationships it has had in Cuba, Nicaragua and Venezuela, Tidd said in response to a question about Russian operations in the region.

He said he finds it troubling Russia has engaged in an aggressive propaganda campaign to spread the narrative that the United States is not a reliable partner in Latin America. Russia is engaged in a "competition for influence," he said.

The United States is concerned about the region, he said, pointing to the U.S. response in Haiti to the recent devastation from Hurricane Matthew.

"I think it's very, very noteworthy that when you look at the response to Haiti, we had at one point in time 12 helicopters — heavy lift and medium lift helicopters — flying vital aid, meeting the needs of the Haitian people and I didn’t see any Russian helicopters out there," Tidd told the forum.