The chiefs of defense from 43 nations and the commanders of the U.S. combatant commands joined Marine Corps Gen. Joe Dunford for a discussion on the global strategy to defeat violent extremism.

The chiefs of defense from 43 nations and the commanders of the U.S. combatant commands joined Marine Corps Gen. Joe Dunford here today for a discussion on the global strategy to defeat violent extremism. 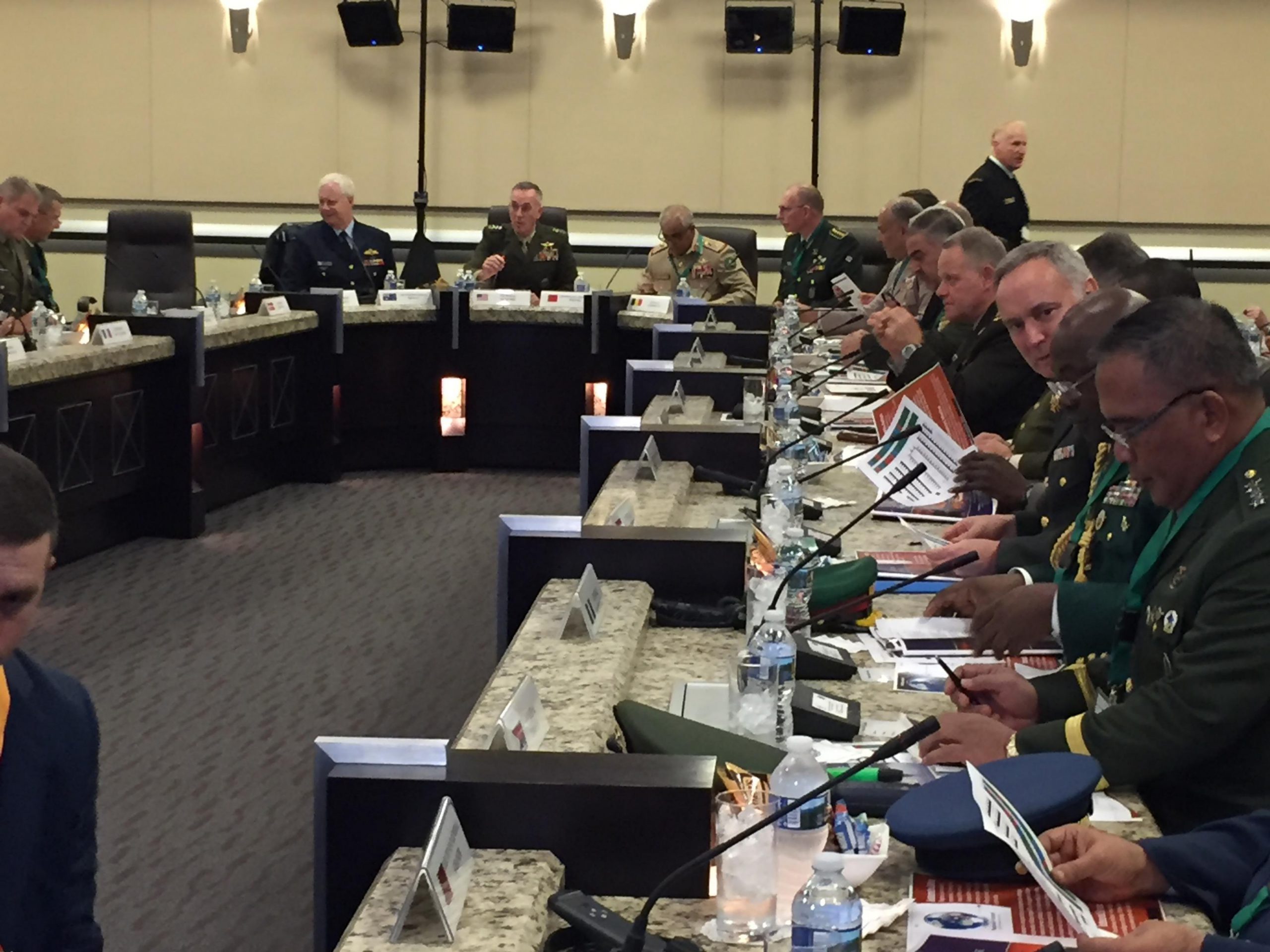 This was the first meeting of its kind the chairman of the Joint Chiefs of Staff has hosted.

Meetings like this have been more regionally focused in the past, but the nature of the violent extremism threat is transregional, and its effects in one often are felt in others, Dunford said at the beginning of the conference.

“In addition to enhancing our understanding of the threat, I hope today will also be an opportunity for us to further develop a network of cooperation,” the chairman said.

While success against violent extremism will require cooperation with law enforcement, border control personnel, diplomats and financial power, Dunford told the defense chiefs that he believes “the military-to-military foundation we are establishing here can help inform that broader effort.”

While the conference will focus on the global problem, Dunford said, it is not at the exclusion of regional efforts. He encouraged discussion from all sides about local efforts against violent extremism.

“When we leave today, I hope we have a couple of things,” he said. “First, I hope we all have a better understanding of the nature of violent extremism, that we have some ideas on how we can enhance our cooperation, and that we are postured to deal with the challenges we expect to see in the coming months.”

Dunford said Army Gen. Joseph L. Votel, commander of U.S. Central Command, would brief the chiefs on the start of the operations against the Islamic State of Iraq and the Levant in Mosul, Iraq.

“What we expect to see in the coming months is success in Mosul, success in Raqqa [in Syria],” Dunford said, “but we also know there will be second- and third-order effects from our operations in Iraq and Syria.”

The discussions now may allow the chiefs to anticipate the effects in Iraq and Syria and ameliorate any negative consequences, the chairman said.