Two days of talks for Deputy Defense Secretary Bob Work on defense cooperation, strengthening regional ties, and addressing security concerns, including unsafe Russian behavior over or on the Baltic Sea. 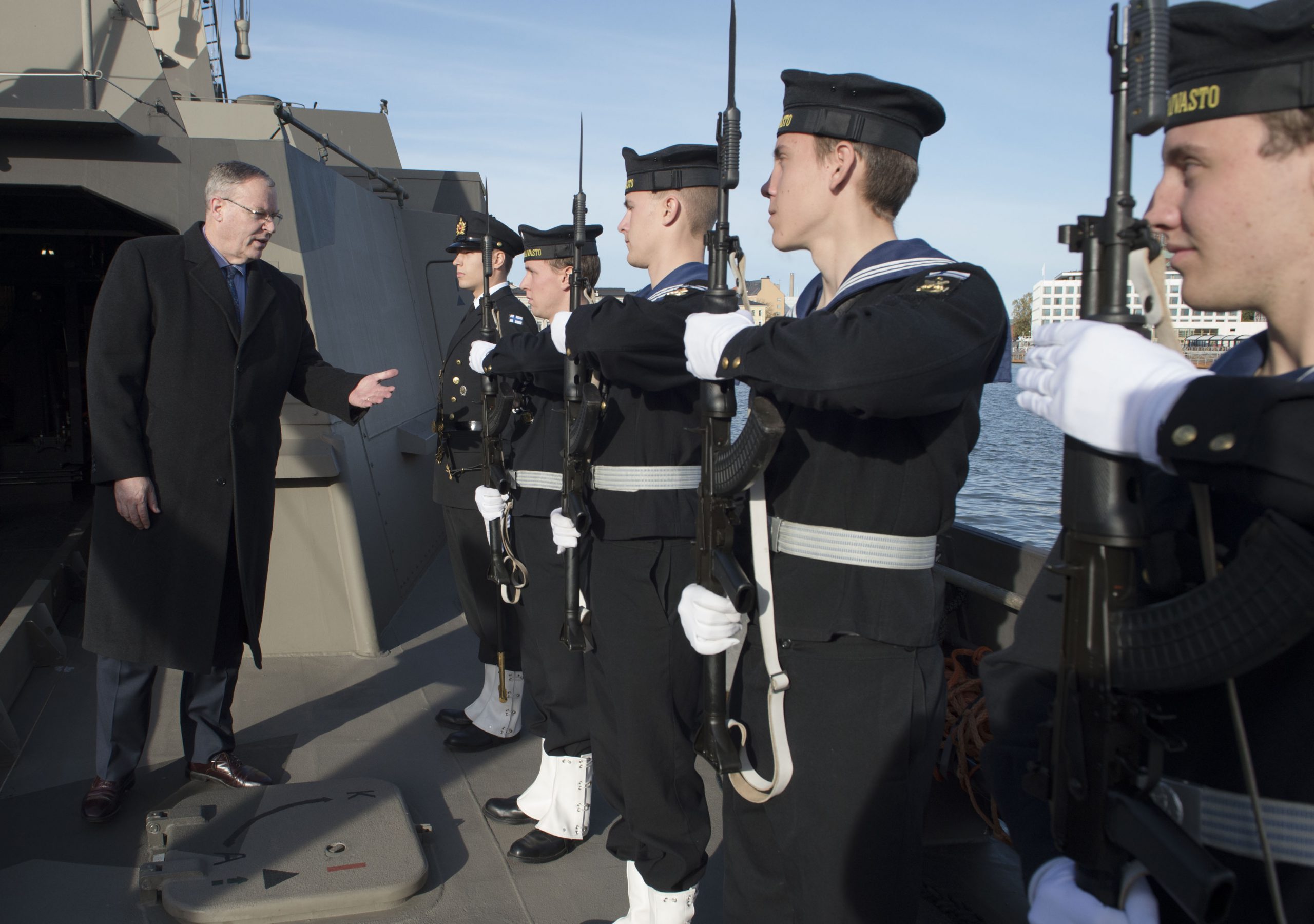 "This is a chance for us really just to exchange views on Russia, talk about areas of cooperation, and explore — when we add Sweden — more that we can do in a trilateral sense," Work said in an interview with DoD News while en route here.

Work highlighted a Statement of Intent he will be signing today, a nonbinding document that focuses on greater information sharing with Finland, and building interoperability through exercises and training, he explained.

Today also will feature the first trilateral meeting involving the United States, Finland and Sweden, he said. All these developments, he added, are a good way to move forward in enhancing defense cooperation and bilateral and regional relationships.

The visit to Finland, Work pointed out, caps his final visit over two years to Baltic and Nordic nations.

"A concentration for us over the last two years is for the Nordic and the Baltic countries — from Iceland all the way to Finland — to think more in terms of working together and cooperating in interoperating and training," he said.

A key development to come out of these discussions, Work said, is an effort to have a quick and unified condemnation when Russia does something provocative, such as what he called its "unsafe, aggressive" actions in the Baltic Sea.

'Punch Above Their Weight'

Finland, a strong ally, is committed to global peace and security, Work pointed out. The Nordic nation, which is not a NATO member, became a NATO enhanced opportunity partner in 2014, and signed a memorandum on host-nation support, he said.

Finland, the deputy secretary said, is a staunch partner in the fight against the Islamic State of Iraq and the Levant, and is doubling the number of trainers it has in Irbil, Iraq, to 100. Finland also contributes to NATO's Resolute Support mission in Afghanistan, as well as to training and peacekeeping missions around the globe, he noted.

"So even though they're a small country, they really punch above their weight when it comes to peacekeeping," he said.

Work and his regional partners will conclude the visit with an afternoon news conference.