A range of advanced technologies combined with new operational and organizational constructs make up the DoD’s Third Offset Strategy, an initiative that seeks to ensure the U.S. military stays well ahead of its most aggressive competitors.

A range of advanced technologies combined with new operational and organizational constructs make up the Defense Department’s Third Offset Strategy, an initiative that seeks to ensure the U.S. military stays well ahead of its most aggressive competitors, two defense technology leaders said during a recent conference. 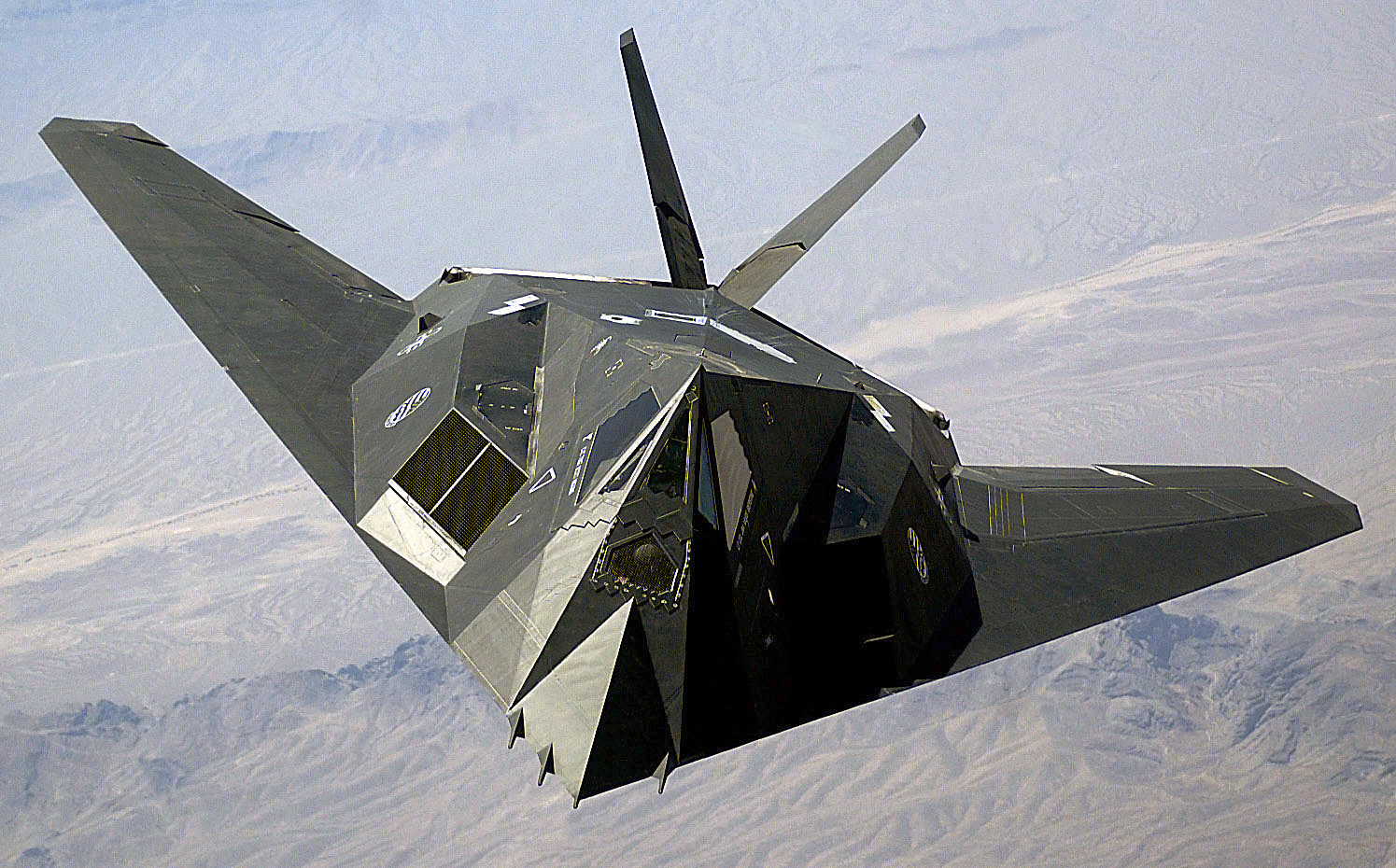 Kendall explained that the Third Offset Strategy describes efforts in the department meant to create a substantial U.S. military advantage based on advanced technologies such as automation and artificial intelligence, or AI, combined with new operational concepts.

“The need … goes back to concerns that I've been talking about for a number of years about challenges to our technological superiority,” the undersecretary said.

The department began to take steps to counter this trend from 2009 to 2011, when Defense Secretary Ash Carter served as undersecretary of defense for acquisition, technology and logistics, and from 2011 to 2013, when Carter served as deputy defense secretary, Kendall explained.

When Bob Work took office as deputy defense secretary in April 2014, Work’s notion of the Third Offset Strategy animated top defense officials, and “[Prabhakar] and I and Bob and others worked over the summer to come up with ideas,” Kendall said. From that effort, among other things, came plans to focus on automation, AI and a range of other technologies to enable new defense capabilities, he added.

“The idea was that we should be able to operate from a greater range so that things being built to defeat us were less effective,” the undersecretary told the conference audience. “We just move further back, and we are able to counter them from further back.”

Another idea was that the department should move away from reliance on a small number of expensive, high-value assets to more distributed capabilities that are harder to target and present a more difficult problem for the adversary, the undersecretary recalled.

“We've been emphasizing the artificial intelligence/autonomy part of that,” Kendall noted, “but other pieces matter, too, … whether it’s how we manage intellectual property, how we work with industry, how we encourage [independent research and development], how we transition things, how we use modular designs,” he said, noting that all are designed to accelerate getting advanced technology and capabilities to the warfighter.

Other efforts include examining and updating how the Defense Department work with industry, how it brings in commercial technologies and how it plans for the future, Kendall said, calling those factors “pieces of the same mosaic.”

In her remarks, Prabhakar noted that the breakthrough technologies powering the showcase for second-offset-strategy capabilities during Operation Desert Storm in 1991 — from stealth aircraft to precision-guided munitions to battle networks — first were shown to the world and to the services by DARPA.

“More recently,” she added, “if you look at what we've been able to do to show the Army what's possible with sharing tactical information by leveraging the personnel electronics revolution, or you look at how we've used big data to roll up billions of dollars of terrorist financing in theater, all of those are examples of DARPA playing its role of showing something that is not just incrementally better, but radically different than what we've been able to do before.”

The DARPA piece is small — about half a percent of the Defense Department budget — but its role is essential, the director said, “because the problems that we face in the future are not ones that are going to simply recede away with incremental solutions.”

“We believe that what's going to be necessary in this next generation of military capability will require some fundamental rethinking about the architectures with which we fight in the air and on the ground and in space and in the maritime environment,” she said.

In today’s technology environment, with powerful, fast-paced commercial technology increasingly being invented and developed around the world, what seems very clear to DARPA, she added, is that it simply won't work to invent everything isolated from what's happening commercially, nor will it work to hurl commercial off-the-shelf technology at an adversary, “because the adversary will hurl that right back at us.”

Big things are possible, Prabhakar said, when looking across what’s happening — from deeply classified, specialized military components and technologies to those available commercially — and deeply integrating those factors, sometimes informing one with the other.

As an example, the DARPA director cited the effort a few years ago to fundamentally change close air support.

“We knew there had to be a better way than paper maps and voice communications,” she said. “We could have said to the defense industrial base, ‘Please take GPS and a touchscreen and communications and … make us a device.’” 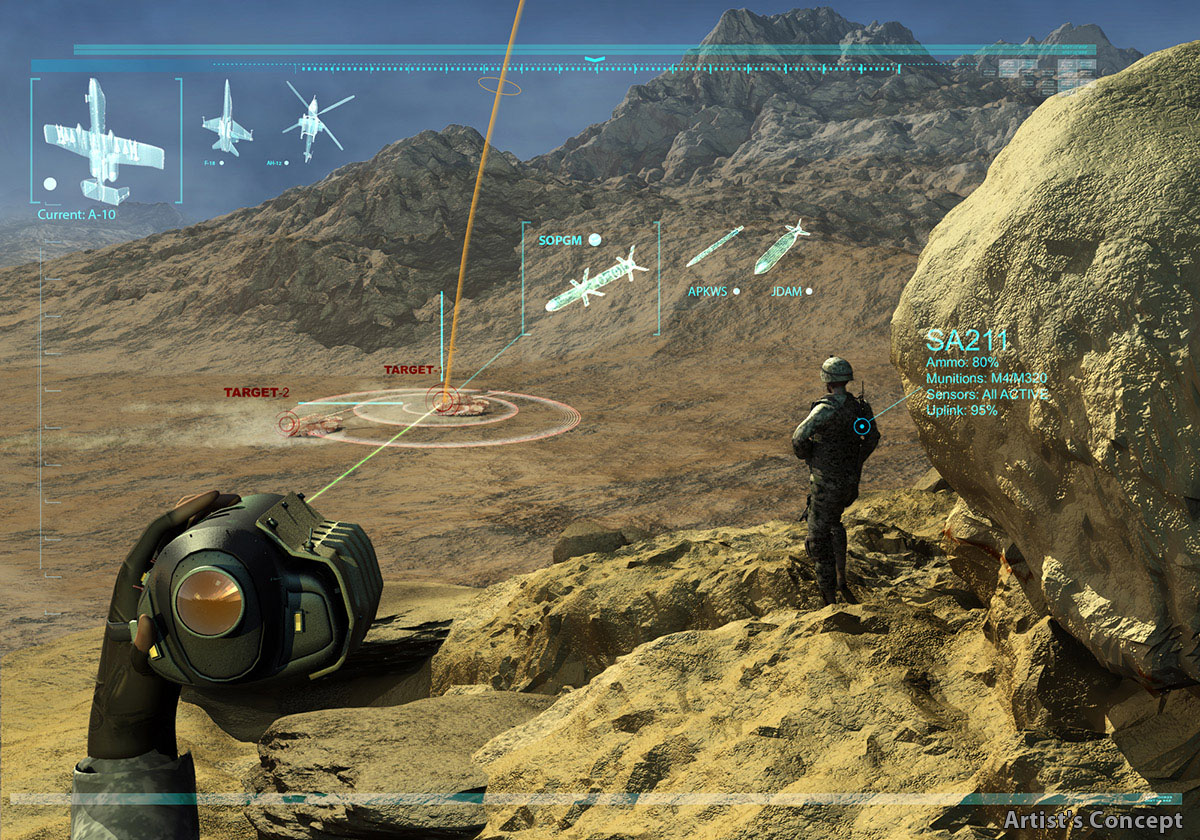 But, she said, “we actually could just go buy that for a couple of hundred dollars, because building on many years of defense investment, all those components had been integrated for commercial markets.”

So DARPA started with tablet and smartphone technology, Prabhakar said.

“But you don't change close air support by handing that to a special operator and saying ‘Have a good day,’” she added. “What we had to do was take that starting point and add to it the encryption we need [and] have it connect to military radios, because you're operating in places that don't have 4G.”

When that was done and DARPA had worked closely with operators to develop new communication operations, close air support was made much more precise and close much faster, she said.

“Over time as we take those same technologies into multiple platforms, we cannot only make close air support better, we can actually make it transform into a capability that allows the warfighter on the ground to control the fires from remote places that will protect those individuals,” the director said. “A revolution can start with something as simple as starting with these commercial tablets.”