Readiness is central to the military services, and the biggest challenge for the U.S. Air Force lies in its growth as its smallest-ever force takes on growing missions, Air Force CoS Gen. David L. Goldfein said today.

Readiness is central to the military services, and the biggest challenge for the U.S. Air Force lies in its growth as its smallest-ever force takes on growing missions, Air Force Chief of Staff Gen. David L. Goldfein said today. 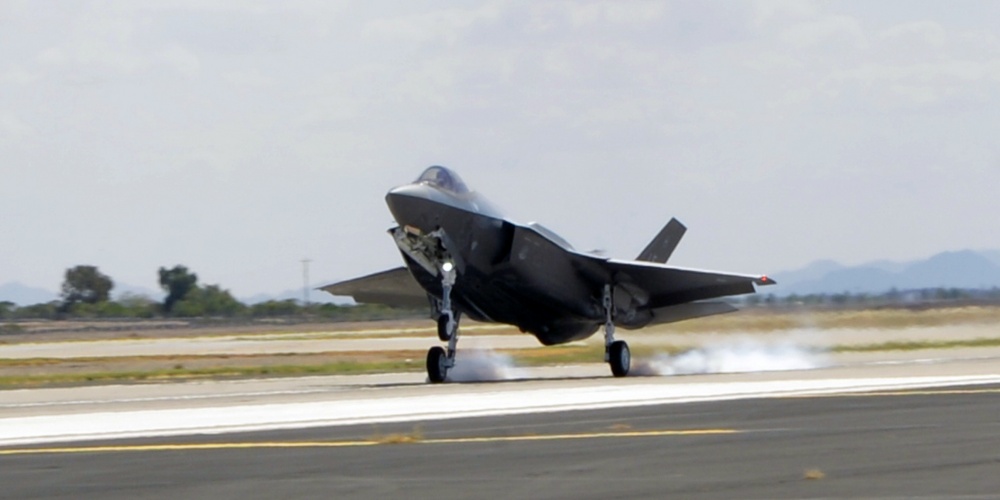 Speaking at the Center for Strategic and International Studies here, the general said that, at 660,000 active-duty personnel, today’s Air Force is “the smallest we’ve ever been.”

Goldfein said the Air Force has “serious challenges” in terms of its readiness.

“For an air component, there are five things that go into building readiness,” the general said. “You’ve got to have trained people, a weapons system sustainment program [and] a program that pays for the actual flying.”

Once airborne, there must be places to train and the time to train, he added.

The general said that for him and Defense Secretary Jim Mattis, people are the No. 1 readiness priority.

The demands on the Air Force have been consistent for the last 15 years in four key areas, he said: space; cyber; intelligence, surveillance, and reconnaissance; and nuclear enterprise.

With mandatory budget cuts across the Defense Department, the Air Force, for example, has had to make reductions in its personnel, infrastructure and conventional airpower capacity, the general said.

“You could explain [those cuts] in 2013, but when Russia became active in 2014 and invaded another country, [and] when China got active and started militarizing islands in the South China Sea, when [the Islamic State of Iraq and Syria] came back, the world changed,” Goldfein said, and the path the Air Force was on didn’t make sense anymore.

Goldfein outlined what he sees when he looks at long-term readiness and future conflict.

“I think future conflict victory will go to that individual who can turn data to decision, command and control his or her forces in a way that you can produce multiple dilemmas from multiple domains and multiple components, at a rate and decision speed that overwhelms the adversary, while denying him the ability to do the same,” he said.

What the Air Force needs for the future is to “get the network piece right, which is how we tied together all the domains and components and weapons systems with apps riding on the network to get to decision speed,” the general said, adding, “That’s a major effort we as an Air Force are focused on as we think toward where we are going in the future.”

Industry plays a vital role in the U.S. military’s future, he noted.

“I’m in continual dialogue with [chief executive officers] of all the majors [corporations] and I describe this as one of the problems I need their help solving,” Goldfein said. “I think industry is going to help solve this one and get it right.”