Newcomers to the interior of Alaska are often taken aback by the extreme cold and its effects on the body and equipment, according to Steve Decker, a training specialist at the Northern Warfare Training Center.

Newcomers to the interior of Alaska are often taken aback by the extreme cold and its effects on the body and equipment, according to Steve Decker, a training specialist at the Northern Warfare Training Center at Fort Wainwright, Alaska. 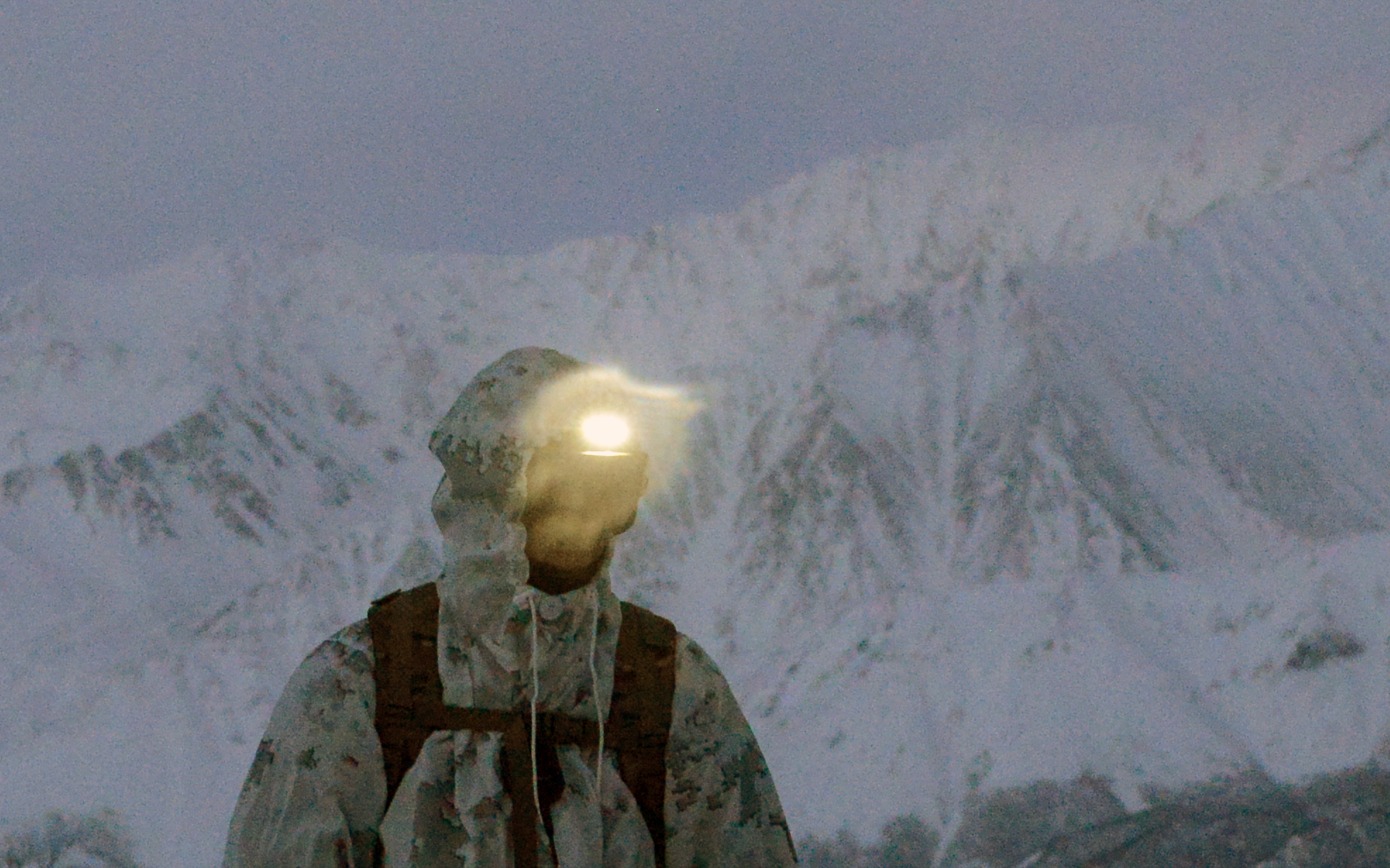 When it gets 50 or 60 degrees below zero, vehicles — even tracked ones designed for the cold — quit working, Decker said. Those temperatures are not uncommon here, with minus 30 and minus 40 fairly normal for winter. It can get so cold that even engine oil and transmission fluid will freeze, rendering vehicles inoperable.

To prevent that, vehicles are kept plugged into outlets featured at every parking spot. The electricity powers heating pads and engine block heaters. Oil and transmission pans have silicone heating pads directly attached to them. Block heaters or freeze-plug heaters are heating elements that actually stick into the side of the engine.

Even with these precautions, everything seems to fail on the coldest days, and movement becomes possible only via skis and snowshoes. Getting around that way is taught to soldiers attending the Cold Weather Leaders Course and other winter courses here, Decker said.

Today's soldiers are dependent on vehicles and roads, Decker said. But out here and in many parts of the world, that can cause problems when vehicles don't work and roads are few or nonexistent. At NWTC, soldiers are taught to rely less on machines and more on themselves, he said.

And it's not just vehicles that break down in the cold. Anything powered by batteries will also be prone to failure in deep-freeze conditions. That includes GPS devices, which Decker believes soldiers are also too reliant on.

As part of the Cold Weather Leaders Course, students are tasked with finding specific points throughout the rugged, nearly 4,000 acre training site using just their maps, protractors and compasses.

When instructors aren't teaching students the art of surviving and operating in cold weather, they attend cold-weather training schools in other countries and bring back new ideas, Decker said.

For example, instructors have visited Nepal, which has some of the world's highest mountains. There, they learn the effects of high altitude and how it affects the mind and body, explained Army Staff Sgt. Jonathan Tanner, an instructor.

In turn, other allies and partner nations learn from the U.S. Army, Tanner said. Not long ago, after noticing that Nepalese soldiers were using rope made of a material that was inferior and poorly braided, U.S. soldiers pointed them to a better-quality rope that's less prone to failure. 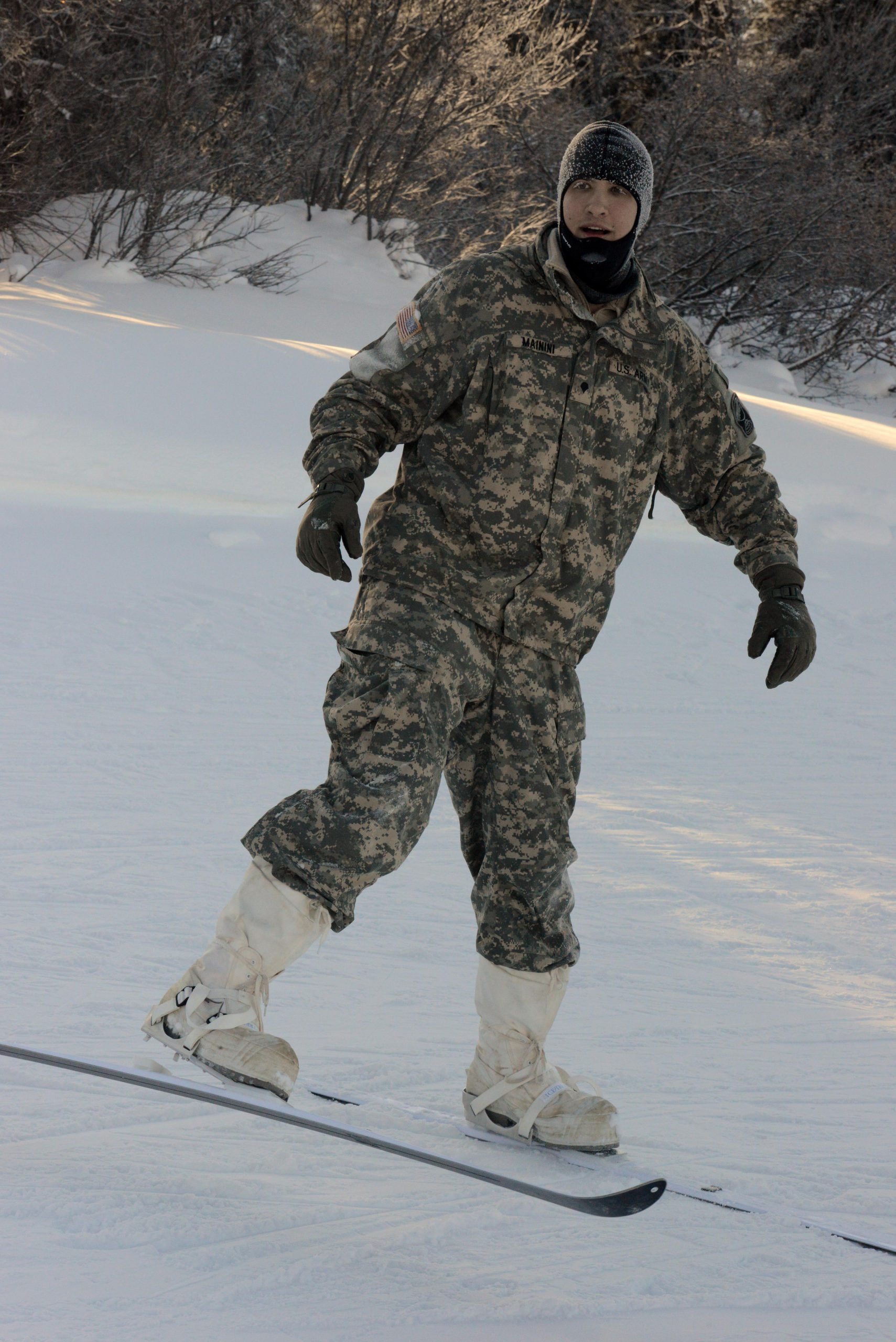 Another example of equipment that varies among U.S. and partner countries is the type of skis. Army Sgt. Derrick Bruner, an instructor at the training center, said the Army uses NATO skis, sometimes called White Rockets, while soldiers in Norway use a type of ski called the Jager.

"In my opinion, the White Rocket is a better ski than the Jager," Bruner said. The ski bindings work well with vapor-barrier boots, or VB boots, that are issued to soldiers in arctic areas.

However, the Army is currently using a number of Jager skis because some soldiers with large feet cannot be fitted with VB boots because the boots aren't available in very large sizes. In that case, soldiers are issued the mukluk-style boots used by Canadian forces — boots that can be worn only with Jager skis, he said.

Army Spc. Elijah Mainini, a student in the Cold Weather Leaders Course, was issued Mukluks and Jager skis because, at size 16, his feet are too large for VB boots.

Mukluks are much more comfortable to wear and walk in, Mainini said, and they provide better traction over icy terrain. The problem is that they lack the necessary rigidity for skiing, particularly when it comes to providing ankle support.

Army Sgt. Eric Martin, a medic, said VB boots keep feet warm and dry, but they're so rigid that the tops of them often dig into soldiers' calves and shins, causing skin abrasions. Mukluks, on the other hand, are flexible and don't dig into the skin.

Decker said there are pros and cons to nearly every piece of gear and clothing. The only way to know for sure what works and what doesn't is through extensive testing. Currently, instructors are test-wearing a number of different styles of gloves and other garments.

Recently, Kate Young, a textile technologist from the Natick Soldier Research, Development and Engineering Center at Natick, Massachusetts, was at NWTC collecting feedback on a variety of non-standard-issue gloves the soldiers were wearing.

In 2016, she had visited NWTC to collect feedback on the Generation III Extended Cold Weather Clothing System. ECWCS III features seven layers of insulated clothing that soldiers at NWTC and in arctic regions are issued.

Natick is always looking for new ways to improve soldiers' clothing, she said, and there's no better place for testing them than here in the extreme cold.