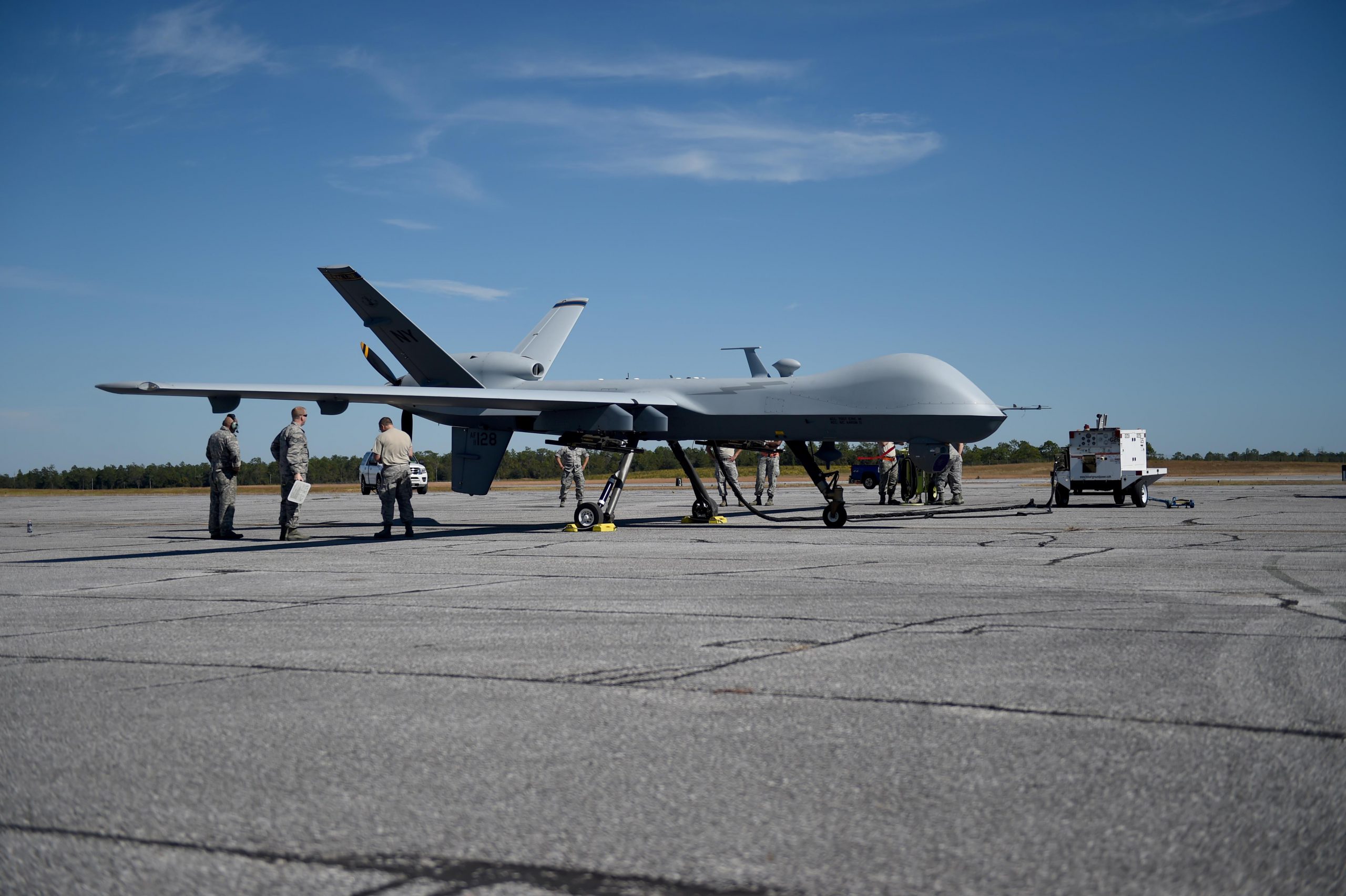 “WSEP is an opportunity for the Air National Guard to provide our warfighters with ‘as real as it gets’ combat training outside of the combat zone, said Air Force 1st Lt. Josh, WSEP Project Officer for 132nd Wing, Des Moines, Iowa.

The 53rd Weapons Evaluation Group out of Eglin AFB conducted a maritime Weapons System Evaluation Program in the Gulf of Mexico and in Choctawhatchee Bay, Nov. 1-3 and Nov. 6-8. Within the 53rd WEG, the 86th Fighter Weapons Squadron is the lead for Combat Hammer.

"As a whole, Combat Hammer has to do that on a much larger scale since we have three to four units here each WSEP. A lot of hours by a lot of people go into making this happen, and it couldn't be done without a whole team effort," said Air Force Maj. Marcus, the assistant director of operations for WSEP at the 86th FWS, Eglin AFB.

Approximately 30 boats simulated realistic swarm attack formation maneuvers in the Choctawhatchee Bay while military aircraft targeted them from above to practice simulated “kills” and evaluate the precision-guided munitions.

The 96th Range Control Squadron gathered data from the aircraft, weapons, targets, and a multitude of other range sensors. This combined information provides full situational awareness to the WSEP engineers, allowing them to make real-time decisions on the performance of the various weapons systems.

The exercise also marked the first time an MQ-9 Reaper flew across multiple states back to its home unit instead of being shipped back. The 174th Attack Wing in Syracuse, New York, flew its MQ-9 over 1,200 miles from Duke Field, Florida.

(Editor’s Note: The full names of Air Force members quoted in the article weren’t used due to security concerns.)