John C. Stennis CSG has been working with allies and partners through its deployment to include projecting joint capabilities with maritime forces from the French Charles de Gaulle Carrier Strike Group in the Red Sea. 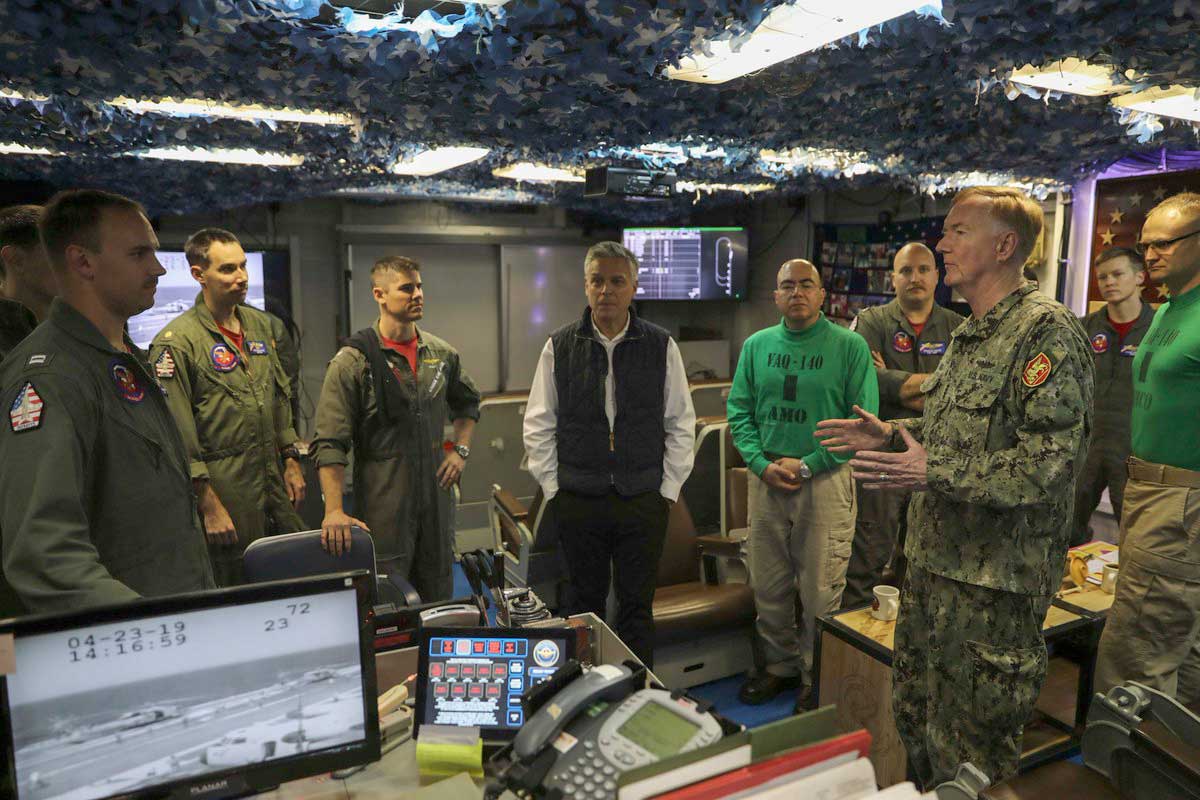 “In the era of great power competition, particularly in the maritime domain, one carrier strike group provides tremendous operational flexibility and agility,” Foggo said. “Two carrier strike groups operating simultaneously, while also integrating and advancing interoperability with our highly capable NATO allies and partners, provides an unprecedented deterrent against unilateral aggression, as well as combined lethality. It also should leave no doubt to our nation’s shared commitment to security and stability in the region.”

In total, the dual CSG operations include more than 130 aircraft, 10 ships and 9,000 Sailors and Marines.

This is the first time two U.S. carriers have operated in the Mediterranean Sea at the same time since the Dwight D. Eisenhower and Harry S. Truman CSGs were deployed to the region in 2016.

“Each of the carriers operating in the Mediterranean at this time represent 100,000 tons of international diplomacy,” Huntsman said. “Diplomatic communication and dialogue coupled with the strong defense these ships provide demonstrate to Russia that if it truly seeks better relations with the United States, it must cease its destabilizing activities around the world.”

While in theater, the CSGs will continue to work with regional allies and partners at sea, creating opportunities for high-end maritime integration and improving collective proficiency and interoperability.

The Spanish Alvaro de Bazan-class frigate ESPS Méndez Núñez (F 104) is integrated with the Abraham Lincoln CSG and operates as one of Lincoln’s escorts during its around-the-world deployment, displaying the United States’ commitment to NATO allies, including the Spanish Navy (la Armada Española).

“The Méndez Núñez steaming alongside USS Abraham Lincoln is a sight to behold,” Foggo said. “Our interoperability with Spain is remarkable.”

John C. Stennis CSG has been working with allies and partners through its deployment to include projecting joint capabilities with maritime forces from the French Charles de Gaulle Carrier Strike Group in the Red Sea.

While in the European theater, Abraham Lincoln and John C. Stennis CSGs will continue to work alongside NATO allies and partners, increasing interoperability to ensure maritime security and stability.

The carriers are in the midst of a homeport shift with Stennis heading to Norfolk, and Lincoln heading to San Diego.