The newest littoral combat ship, the Independence-variant USS Charleston (LCS 18), arrived at its San Diego homeport April 19 after completing its maiden voyage from the Austal USA shipyard in Mobile, Alabama. 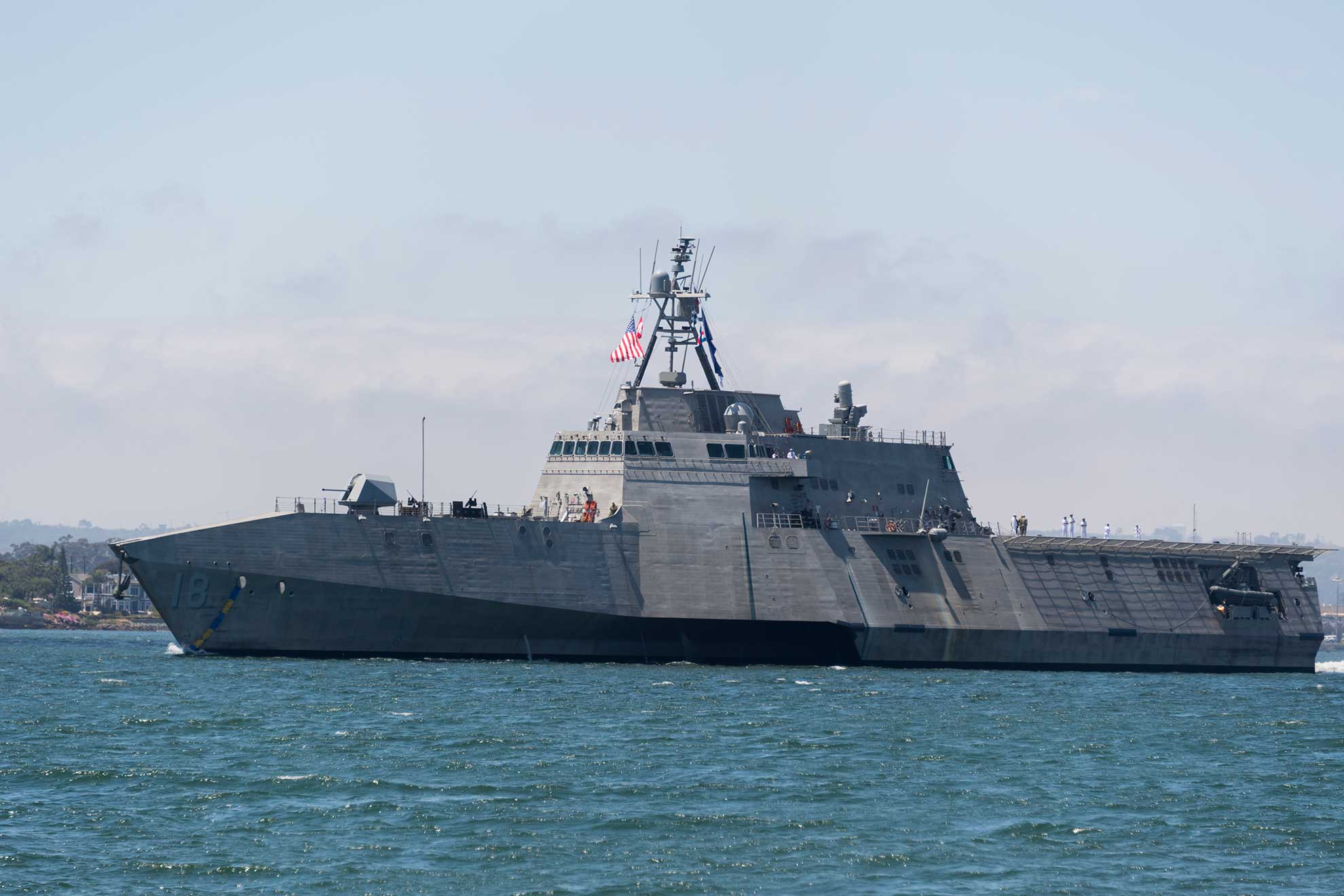 Prior to arriving in San Diego, Charleston officially joined the fleet March 2 when it was commissioned in Charleston, South Carolina. During the sail-around, the ship made port calls to Mayport, Florida; Little Creek, Virginia; Guantanamo Bay, Cuba; and Mazatlan, Mexico. The ship also completed a successful transit through the Panama Canal.

“I’m proud to say that the crew did a phenomenal job during Charleston’s maiden voyage, working many long hours to execute the voyage safely,” Cmdr. Christopher K. Brusca, Charleston’s commanding officer, said. “To get Charleston ready for delivery, we’ve been away from our families for nine months, but during that time, the crew maintained an infectious positivity throughout every aspect of bringing this ship to the fleet.”

The ship falls under Commander, Littoral Combat Ship Squadron One (COMLCSRON ONE) control until the future LCS Mine Countermeasures Division is established on the West Coast.

“Charleston is a first-class ship with a first-class crew,” Capt. Matthew McGonigle, commander, COMLCSRON ONE, said. “With Charleston’s arrival, we now have 11 littoral combat ships homeported in San Diego and we couldn’t be more proud of the hard work and positivity our LCS crews continue to demonstrate every single day.”

LCSs are high-speed, agile, shallow-draft, mission-focused surface combatants designed for operations in the littoral environment, yet fully capable of open ocean operations. As part of the surface fleet, LCSs have the ability to counter and outpace evolving threats independently or within a network of surface combatants. Paired with advanced sonar and mine-hunting capabilities, LCSs provide a major contribution, as well as a more diverse set of options to commanders across the spectrum of operations.