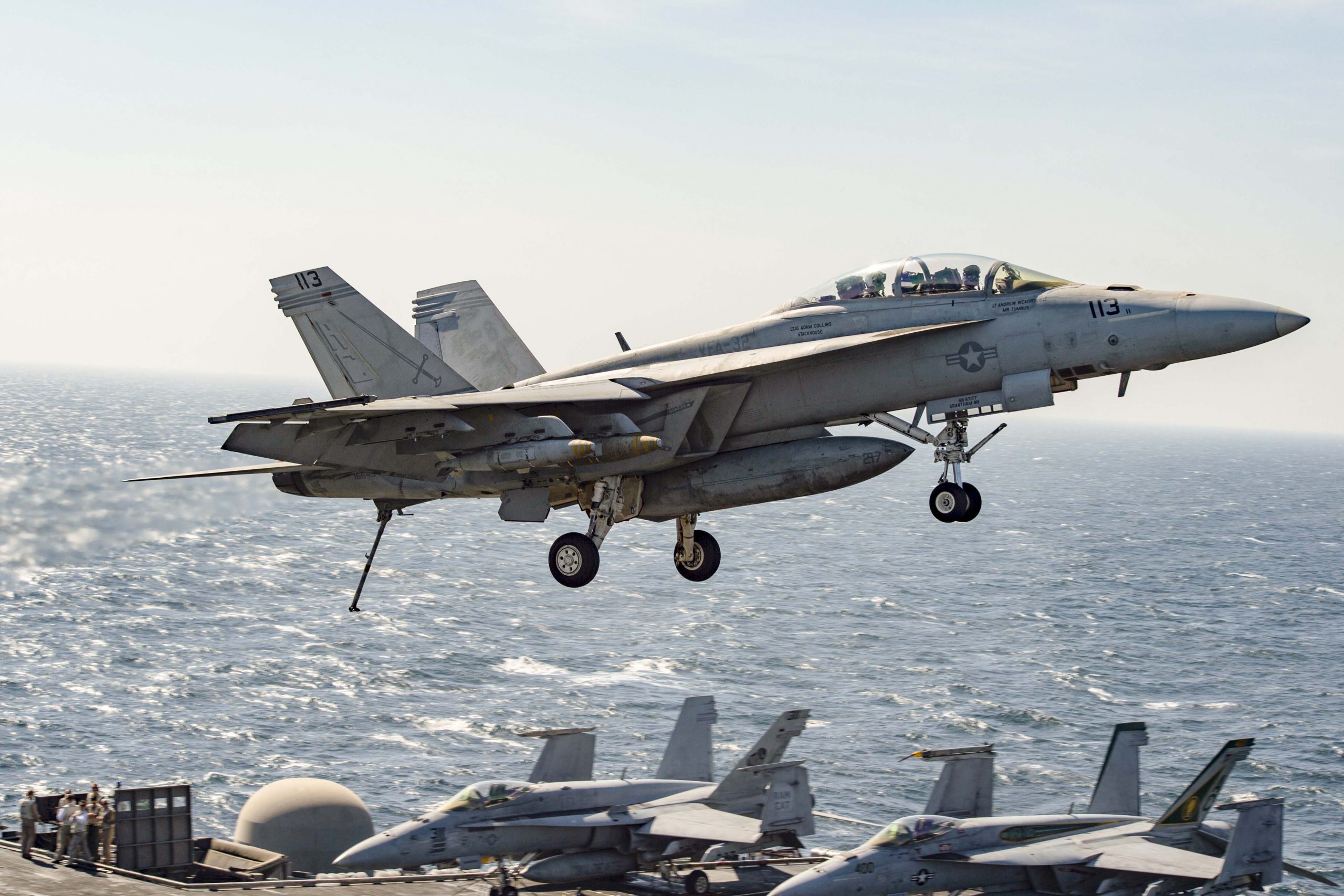 An F/A-18-F Super Hornet assigned to the Fighting Swordsmen of Strike Fighter Squadron 32 flies across the flight deck of the aircraft carrier USS Dwight D. Eisenhower in the Arabian Gulf, Nov. 10, 2016. The Eisenhower and its carrier strike group are deployed in support of Operation Inherent Resolve, maritime security operations and theater security cooperation efforts in the U.S. 5th Fleet area of operations. , as discussed in a House Permanent Select Committee on Intelligence hearing with DoD and intelligence officials, Nov. 17, 2016. Navy photo by Petty Officer 3rd Class Nathan T. Beard.

Work called the relationships and cooperation between DoD and the intelligence community “absolutely crucial as we seek to allocate our intelligence sources to meet the challenges around the world.”

The deputy secretary noted DoD’s challenges range from fighting the Islamic State of Iraq and the Levant and other extremist groups, to monitoring North Korea’s active ballistic missile and nuclear weapons program, ensuring Iran does not develop further nuclear capability, keeping a watchful eye on Russia’s actions in the Ukraine, Eastern Europe and elsewhere, and scrutinizing China’s activities in the South and East China seas.

“As I said before this committee many times, our nation is facing the most diverse array of threats that I've seen in my 53-plus years in the intelligence business,” Clapper testified. “And that's what makes the topic of this hearing so important.”

Never before have the intelligence community and the Department of Defense needed to work so closely, the director said.

“We have a shared responsibility to keep our nation safe and secure,” he added.

The director said the close-working relationship between DoD and the intelligence community is in “stark contrast” to his service during the Vietnam War, when civilian employees in a war zone were rarely seen.