Future Defense Department technological superiority hinges on the department’s ability to out-innovate its adversaries, rethink how it sources technology and perhaps rethink its models for product delivery.

Future Defense Department technological superiority hinges on the department’s ability to out-innovate its adversaries, rethink how it sources technology and perhaps rethink its models for product delivery, the assistant secretary of defense for research and engineering said here yesterday.

Stephen P. Welby addressed an audience at the Center for Strategic and International Studies, discussing research and development across the defense enterprise.

Such superiority also will require a DoD science and technology, or S&T, enterprise that is tuned to support sustained research in fundamental technologies and quickly leverage emerging technical opportunities to address warfighter needs, he added. 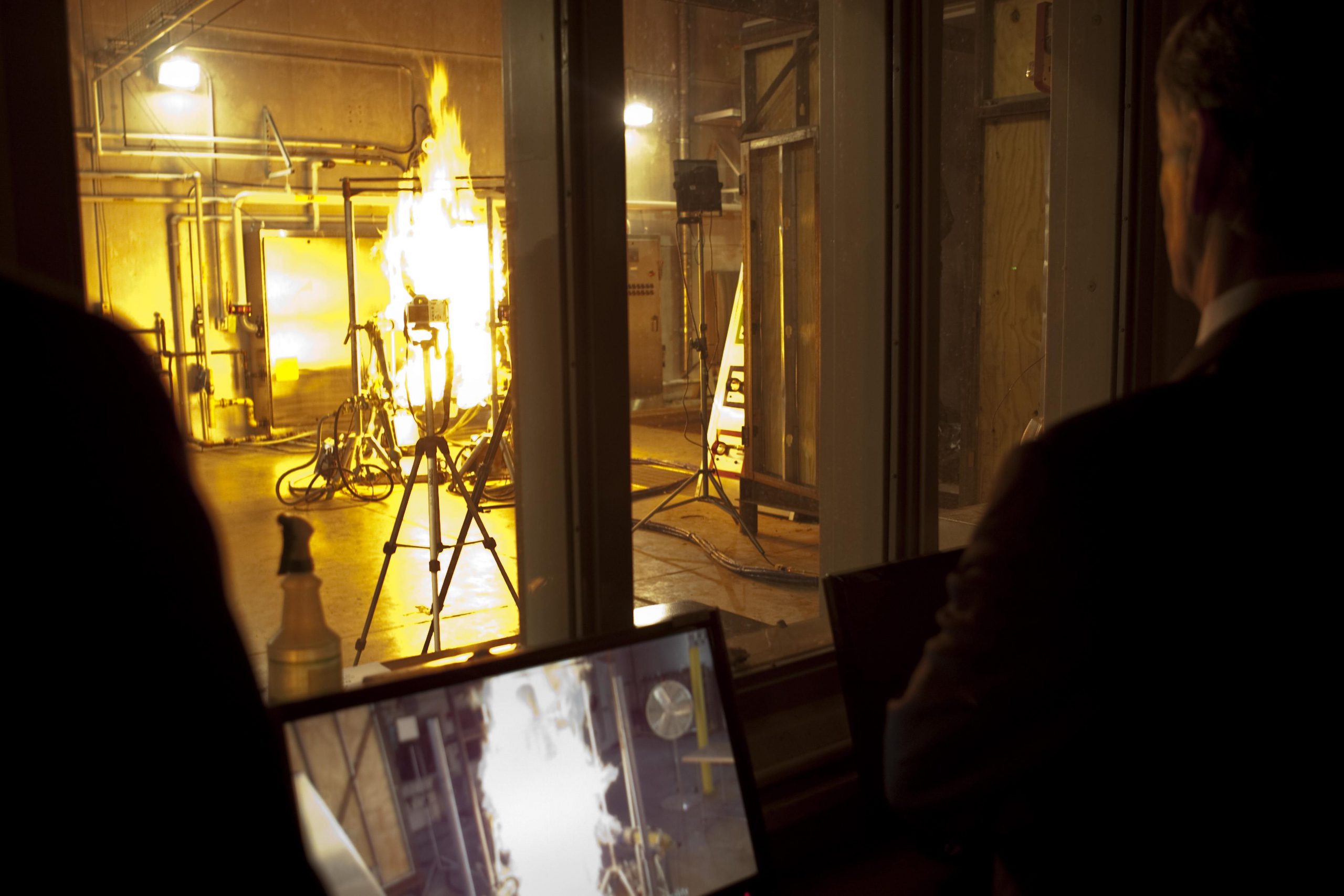 “We need to be open and agile, to leverage all potential sources of technical advantage, from our traditional industrial base, from nontraditional suppliers, and from academia to help to create competitive advantage,” Welby said.

DoD laboratories must be prepared to perform a key role in translating technical capabilities into solutions and concepts, the assistant secretary said, that will help meet warfighter needs and grow their capability to overmatch any threat.

The major technologies the department will rely on in the future will remain defense unique, he added, and some of DoD’s most cutting-edge capabilities will reflect a convergence of military and commercial technologies.

“No one in a garage in Palo Alto is developing the next armor system, the next defensive capability for a carrier, the next acoustic-quieting technology for our submarines,” he said, “… and I don't think we spend enough time focused on that core engine of technology and innovation that's made up of the service and defense laboratories and agencies.”

Some of these are the Air Force Rocket Propulsion Lab at Edwards Air Force Base in California, the Naval Air Weapons Station at China Lake in California, the military medical research centers in Texas and Maryland, the Army Aviation and Missile Command in Alabama, and the Army Natick Soldier Systems Center in Massachusetts. 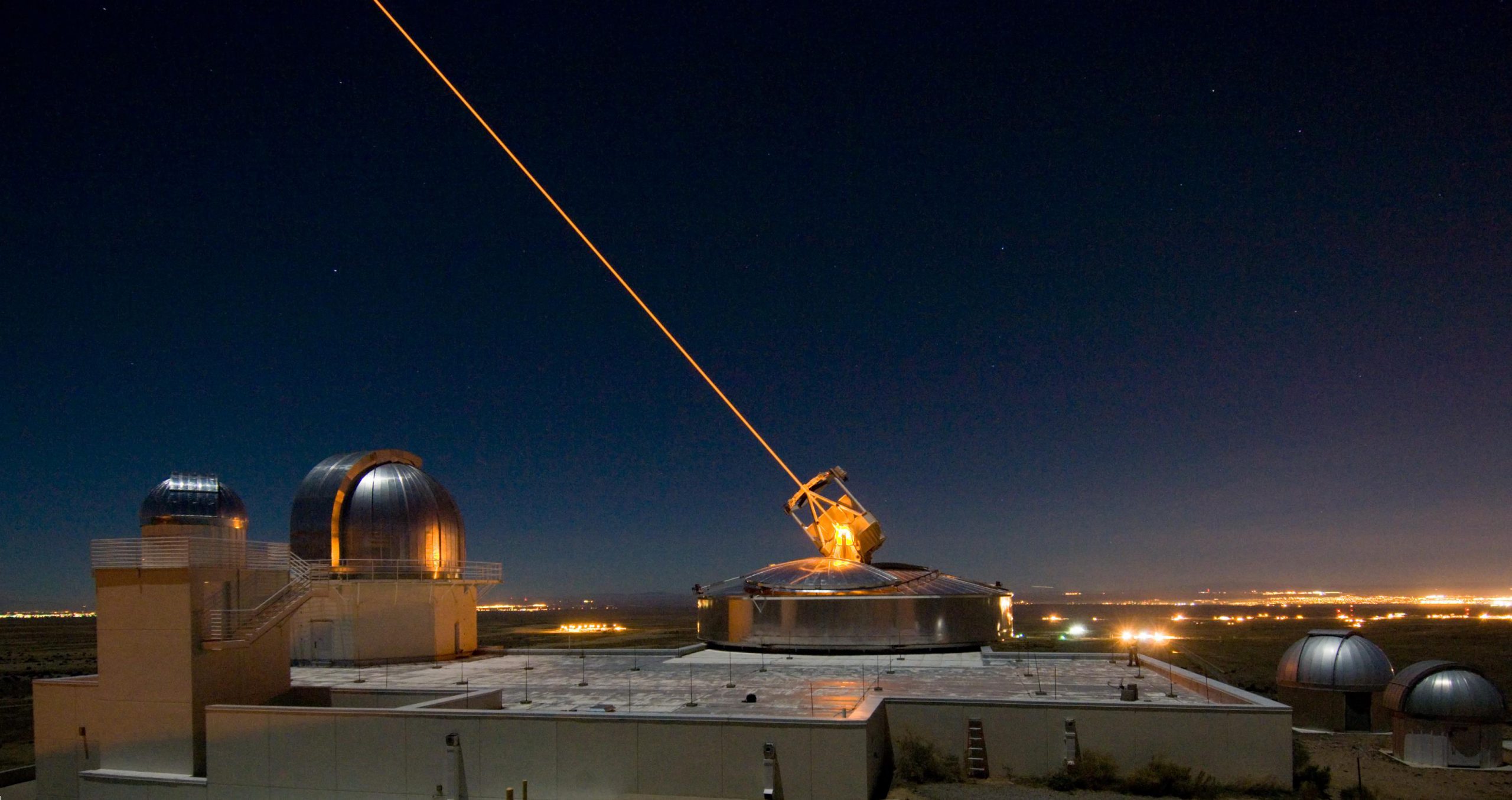 The Guidestar laser for real-time, high-fidelity tracking and imaging of satellites

The Washington, D.C.,-based Defense Advanced Research Projects Agency also plays a unique role in the defense enterprise, he said, and for the last 58 years has remained at the forefront of disruptive revolution after revolution in military and civilian technology.

“DARPA is focused on high-risk, high-pay-off technologies with a project focus,” Welby said. “They have achieved success over time by attracting the best and brightest who want to work on some of the most compelling and fascinating technical problems our country has to offer, and by operating with a very lean and agile operating model.”

One of his duties as DoD chief technology officer, he explained, is to ensure that the S&T portfolio stays focused on areas that provide the best return on the department’s investment.

“To do this efficiently we've identified 17 of what we call Reliance 21 Communities of Interest … the technical focus areas that the department organizes its S&T base around,” the assistant secretary said.

Some of these include autonomy, cyber, sensors, electronic warfare, ground and sea platforms, space, human systems, air platforms, biomedical, counter weapons of mass destruction, counter improvised explosive devises, and others, according to the Research and Engineering website.

A technical expert from across the department leads each community, and the leadership roles rotate among the services. Leaders and their staffs come together to do reviews, Welby said, and then they go back to their day jobs.

One strategy Welby’s office is pursuing to accelerate the maturation of capabilities in a constrained budget environment is an increased focus on prototyping and experimentation, he told the audience.

“Our prototyping efforts are a hedge against an uncertain future,” Welby said. “They allow us to avoid early commitment to procurement in fielding, serial production, demand, and they provide options to leadership to help shape future system portfolios.”

A good example of prototyping, he added, is Sea Hunter — a full-scale prototype of a new class of unmanned oceangoing vessel. 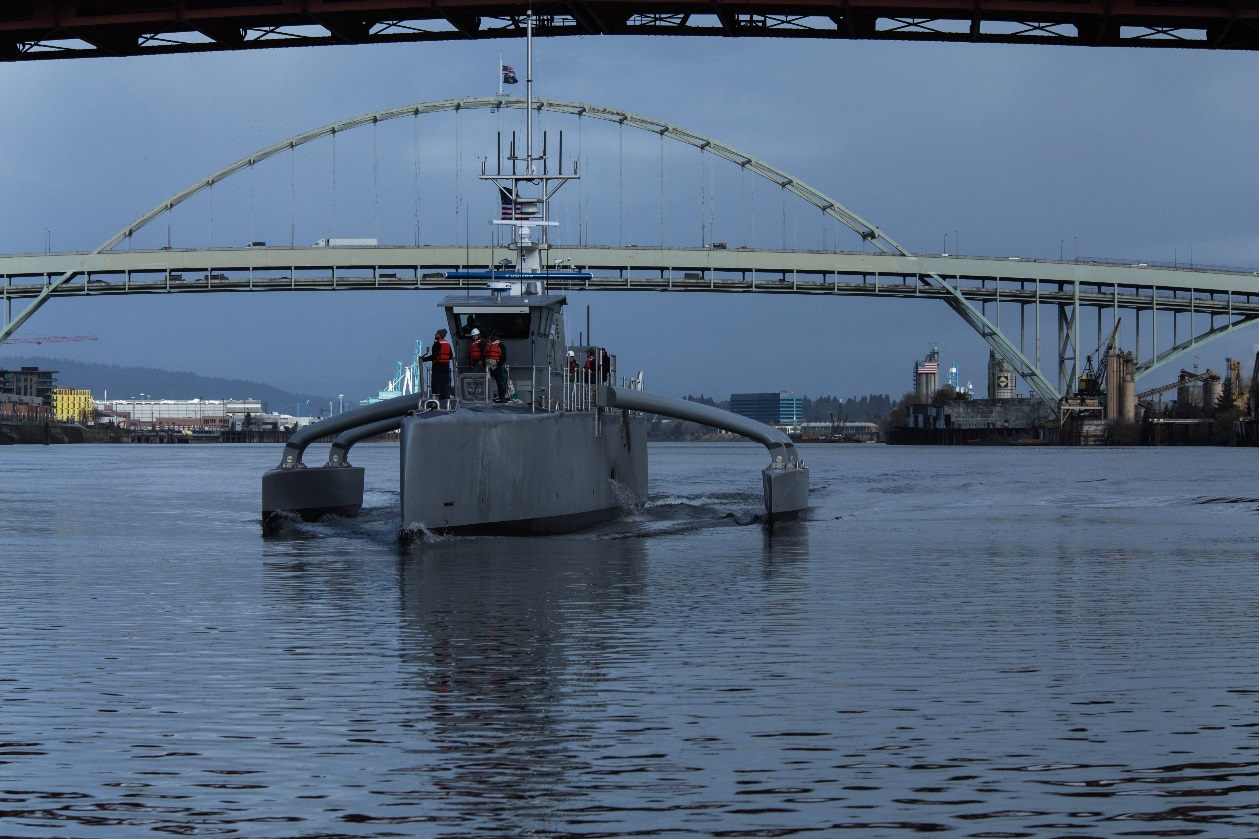 The Sea Hunter, prototype of a new class of unmanned oceangoing vessel

DARPA developed and built the technology-demonstration vessel through its anti-submarine warfare continuous-trail unmanned vessel program. The robot warship can travel thousands of kilometers over open seas for months at a time without crewmembers, but always with remote human supervision, according to a DARPA news release about the ship.

Today, Welby said, the ship has left Portland and is now with the fleet in San Diego. For the next two years the Navy is going to work with the vessel to help them understand how unmanned capabilities will intermix with manned capabilities and future systems.

“So many of these prototype programs are about taking that last step,” he added. “They go from the capabilities we work on in the lab, in simulation, in wargaming, and actually put it into the field so folks can rap knuckles on the devices and understand what they can really do for them.”