All Midshipmen now take two mandatory courses in Cyber Security, one as a Plebe (or Freshman) and the second as a Junior, and USNA now offers a fully accredited undergraduate degree in Cyber Operations. 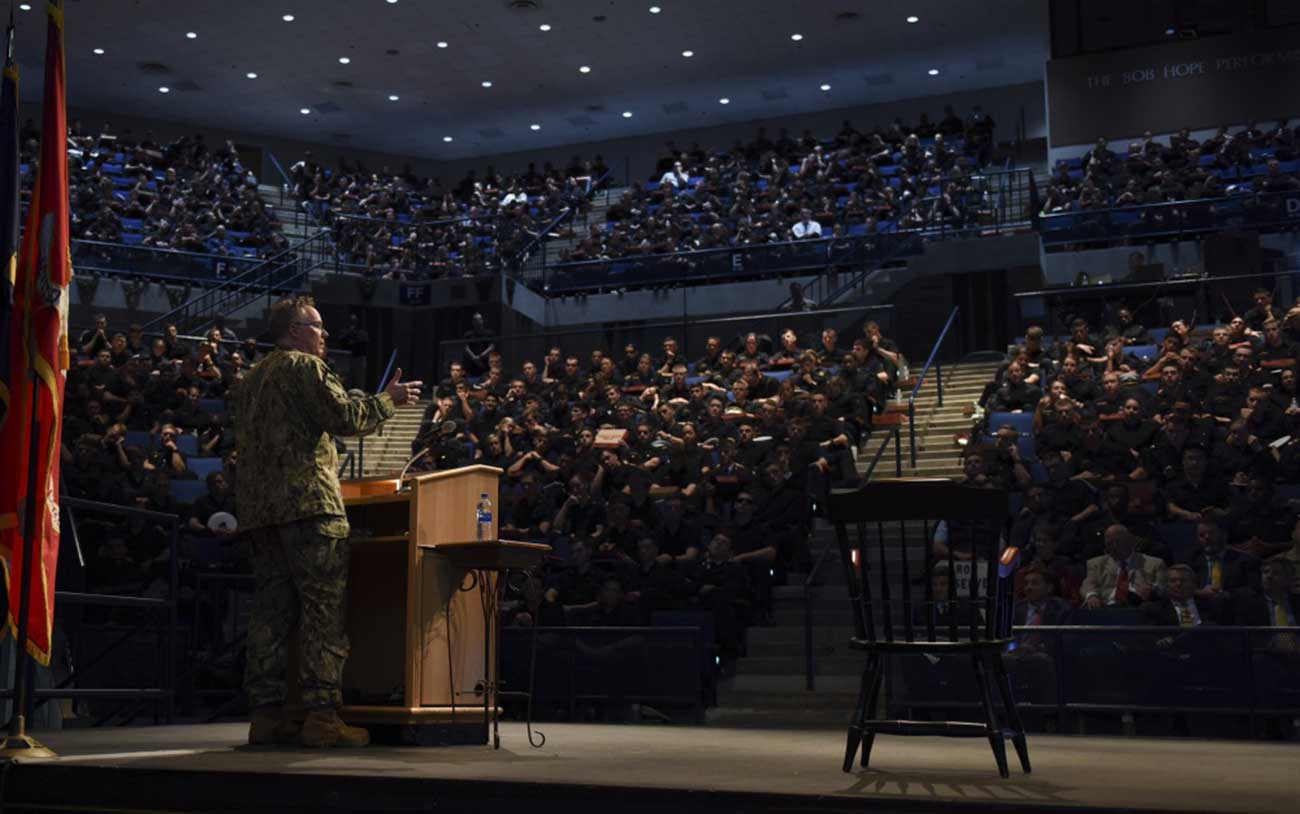 The lecture, hosted in Alumni Hall by the USNA Center for Cyber Security studies and was given the theme “Information Warfare: Amplifying Military Lethality.” White covered a variety of topics including information warfare integration, cyberspace operations, and his own career experience in the Cryptologic Warfare community.

According to retired Capt. Paul Tortora, the director of the Center for Cyber Security Studies, all Midshipmen now take two mandatory courses in Cyber Security, one as a Plebe (or Freshman) and the second as a Junior, and USNA now offers a fully accredited undergraduate degree in Cyber Operations.

“Having the commander of FCC/C10F here to address them and to specifically emphasize the importance that the Cyber Domain will play in their lives as Navy and Marine Corps Officers, provided them with a perspective that the classroom can't replicate, and can only enhance their appreciation of this topic,” said Tortora. “The Naval Academy also can now direct commission fully physically qualified Midshipmen into the Information Warfare Community (IWC), so having a senior IWC leader and fleet commander here talking about the importance and significance of warfare and war fighting in the cyber domain, also helped to raise midshipmen’s professional awareness of the IWC and its importance across all domains.” 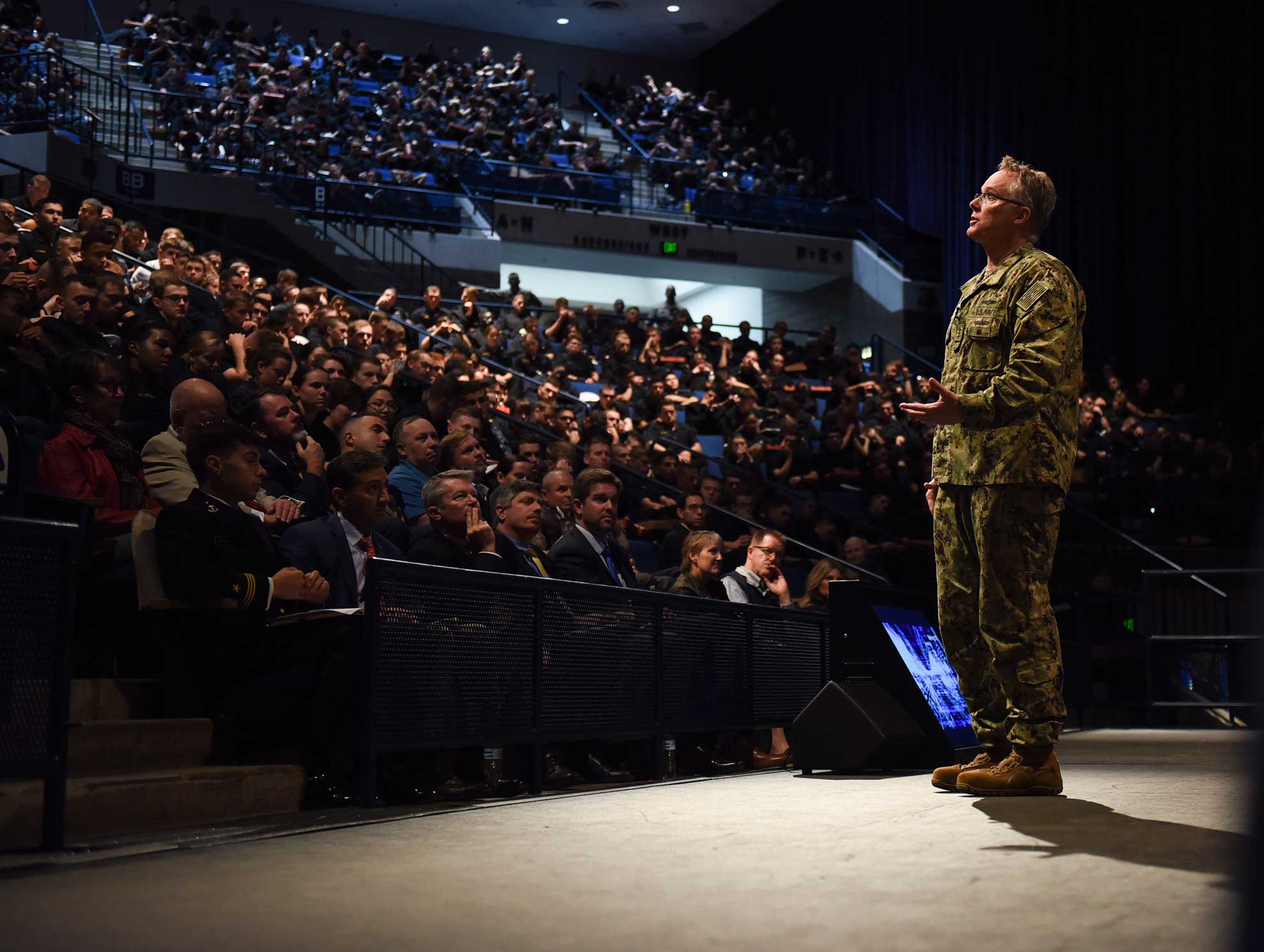 After White’s presentation, he opened the floor to questions from the midshipmen who asked him about several different topics both related and unrelated to his remarks.

“Vice Adm. White had the impact of getting midshipmen to think about the information warfare space in new terms,” said Midshipman 1st Class Zach Makkonen. “By drawing on naval history and the traditional warfighting domains, he related new and important concepts to the wide audience of midshipmen.”

“Every day is a fight in cyberspace. This is why your introductory cyber classes are relevant at the Naval Academy. You need to truly understand the ‘how’ and the ‘why’ of cyber in order to be operationally effect,” White said to the audience of over 1,000 midshipmen. “The best career advice I can give? Maintain your integrity, learn from your Sailors and look out for your fellow shipmates in the fleet.”

Since its establishment, FCC/C10F has grown into an operational force composed of more than 14,000 Active and Reserve Sailors and civilians organized into 28 active commands, 40 Cyber Mission Force units, and 26 reserve commands around the globe. FCC serves as the Navy component command to U.S. Strategic Command and U.S. Cyber Command, and the Navy's Service Cryptologic Component commander under the National Security Agency/Central Security Service. C10F, the operational arm of FCC, executes its mission through a task force structure similar to other warfare commanders. In this role, C10F provides support of Navy and joint missions in cyber/networks, cryptologic/signals intelligence and space.