In an effort to curb British sea control, the Continental Navy was initially formed, consisting of only two armed vessels that were tasked with disrupting munition ships supplying the British Army in America.

Washington D.C. ─ (NNS) ─ 12 October 2018. The Navy’s top leaders have sent messages to the fleet on the Navy’s 243rd birthday reflecting on the theme “Forged by the Sea” as it represents the aspirational outcome of every Sailor’s journey in uniform and that every Sailor is shaped and strengthened into a more capable version of themselves through naval service. 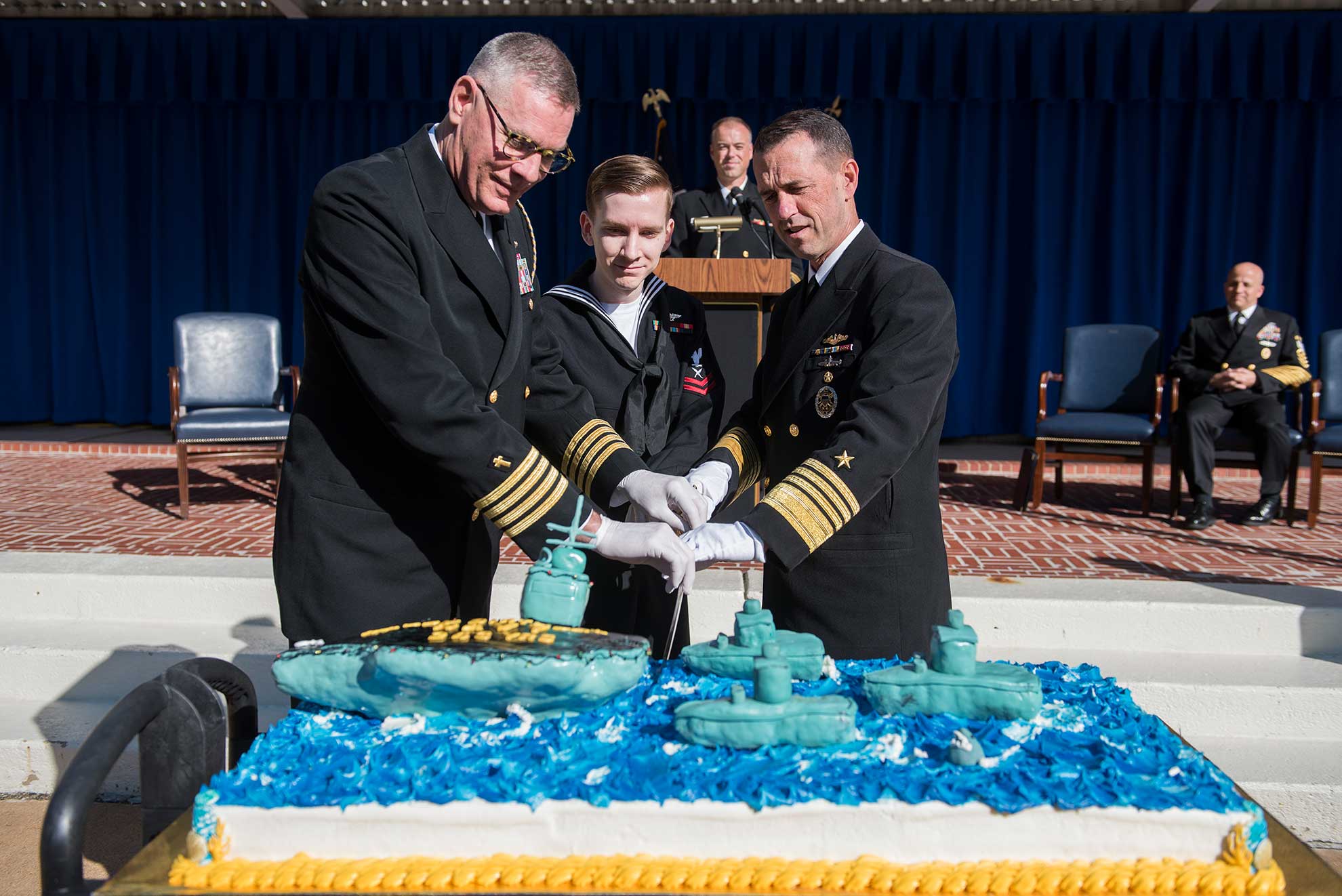 Secretary of the Navy Richard V. Spencer said in a message to the fleet that the Navy is ready to fight, respond and defend wherever there is need but it needs to do it with a sense of urgency and efficiency.

“Because of your hard work and dedication, the foundation for restoring readiness and increasing lethality has been set. But as we enter our 244th year of service, we must now build on that foundation. I need you to continually think of how to improve the delivery of the Navy the nation needs with a committed sense of urgency,” Spencer said.

Emphasizing that how we invest our time and resources are important, Spencer also said that the National Defense Strategy provides guidelines in that regard.

“We have developed plans informed by the National Defense Strategy, which recognizes that our primary role is warfighting. Now each of us must align our efforts in order to accomplish these plans,” he said. “With your help, I have no doubt we will leverage every resource, leading practice, and efficiency we can find with the professionalism, integrity and accountability the American people expect.” 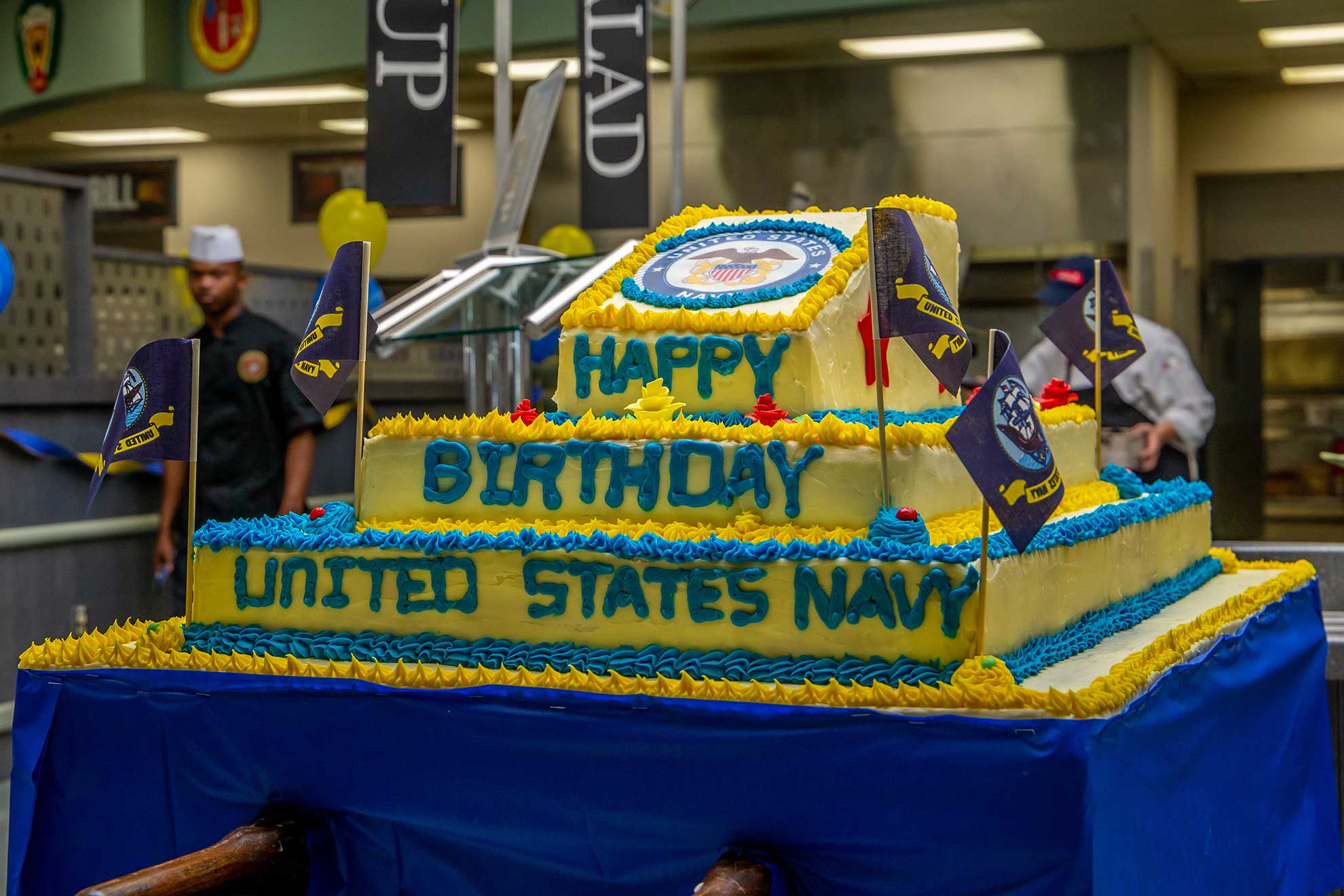 “Two hundred and forty three years ago, our Navy was founded, founded to protect America from attack, to secure our prosperity and our interests around the world, and we’ve been doing that every day since,” Richardson said.

Smith said that America has been kept safe through exceptional talent, dedication to duty and strength of character.

“John Paul Jones once said ‘men mean more than guns in the rating of a ship.’ That’s what this is about – our people,” Smith said in reference to the first well-known naval commander in the American Revolutionary War.

He also said that with all the creativity and innovation, the Navy will meet any challenges “head on” and is prepared “for whatever comes next.”

Recalling landmark battles such as the War of 1812 and the Battle of Midway, Richardson added, “Throughout our history, our Sailors have always risen to the occasion and punched above their weight when the nation called.”

Richardson closed his remarks with a quote from Jones:

“He who cannot risk, will not win.’ This is the year that we win. Wherever you are around the world – on a ship, in a squadron, take some time to think about what this year means as we go and we win it. We earn it every single day, every single watch.”

In an effort to curb British sea control, the Continental Congress established the Continental Navy, which later became the United States Navy, Oct. 13, 1775. When the Continental Navy was initially formed, it consisted of only two armed vessels that were tasked with disrupting munition ships supplying the British Army in America.

In 1972, CNO Adm. Elmo Zumwalt designated Oct. 13 as the Navy’s official birthday, in order to “enhance a greater appreciation of our Navy heritage, and to provide a positive influence toward pride and professionalism in the naval service.”

Over the past two and a half centuries, the Navy has grown to become the largest, most advanced and most lethal fighting force the world has ever known. The Navy today has more than 328,000 personnel on active duty and around 100,000 personnel in the Navy Reserve, as well as, 286 deployable battle force ships and approximately 270,000 civilian employees.

For more information on the birthday, visit https://www.history.navy.mil/birthday.