Ashland, part of the Wasp Amphibious Ready Group, with embarked 31st Marine Expeditionary Unit, is operating in the Indo-Pacific region to enhance interoperability with partners and serve as a ready-response force for contingency operations. 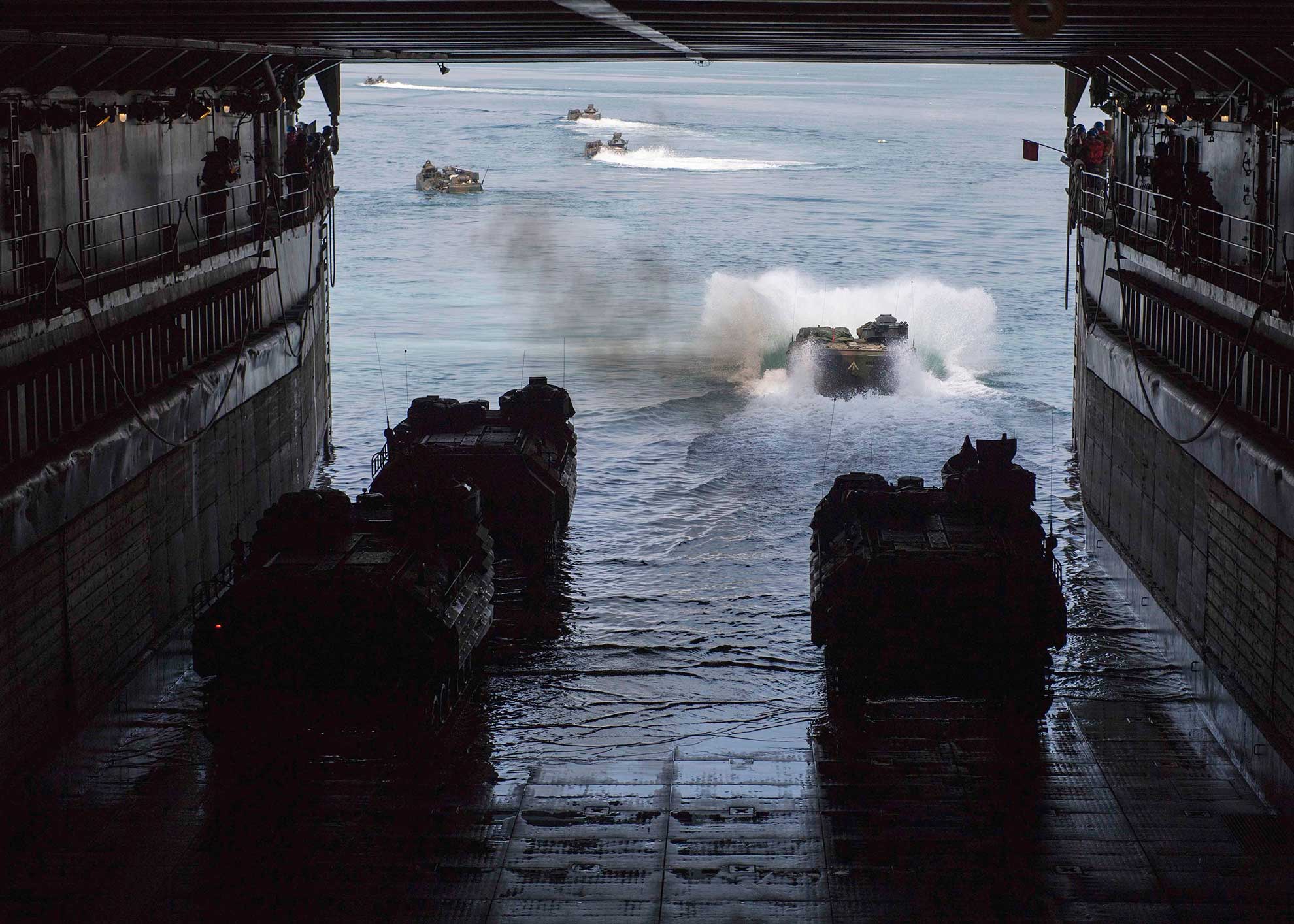 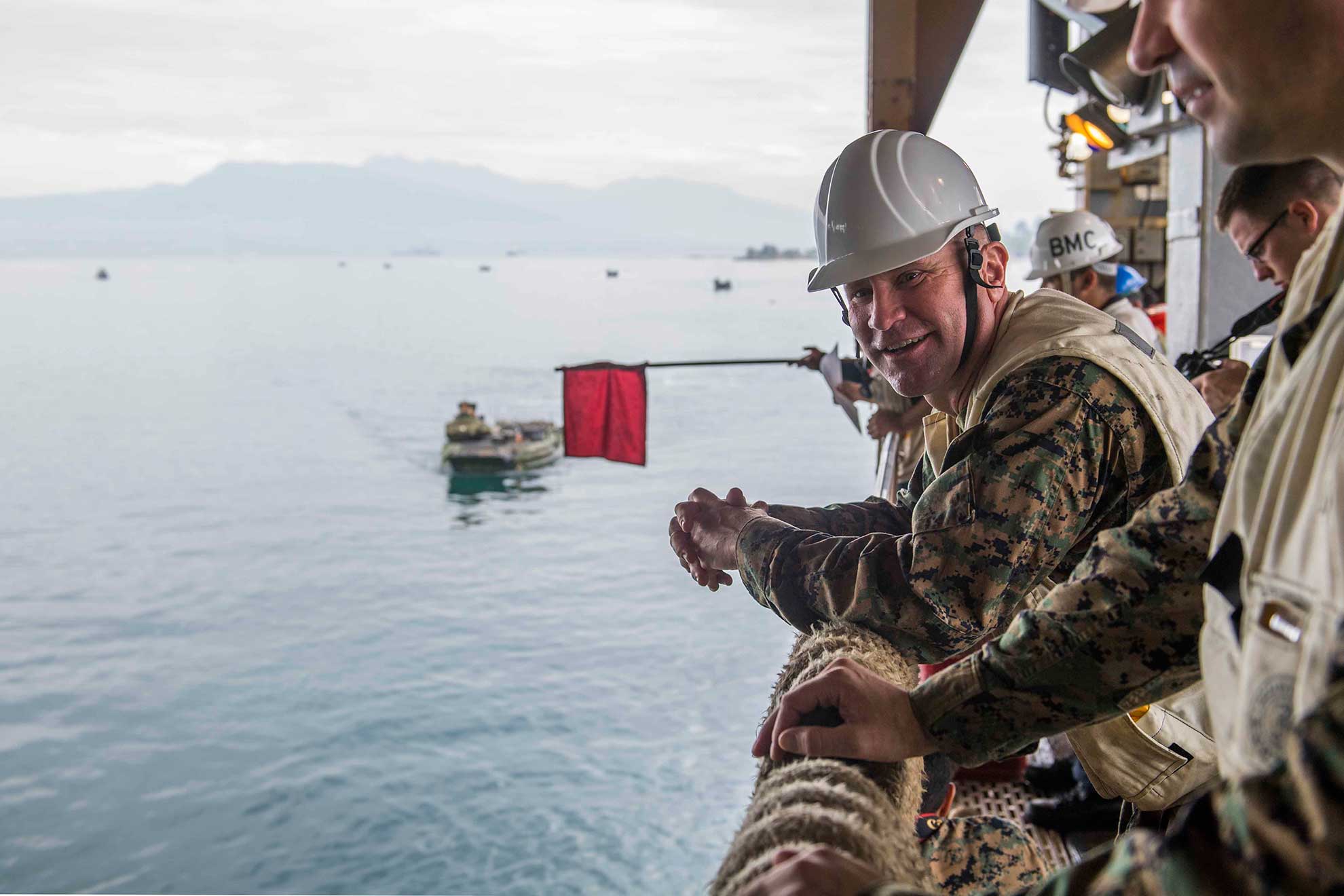 The ARDB, formed on March 27, 2018, brings new capability to the Japanese Self Defense Force (JSDF) by combining ground forces, aviation support and logistical capabilities into a cohesive unit capable of operating from the sea and reacting to a variety of scenarios, including self-defense and humanitarian assistance-disaster relief. 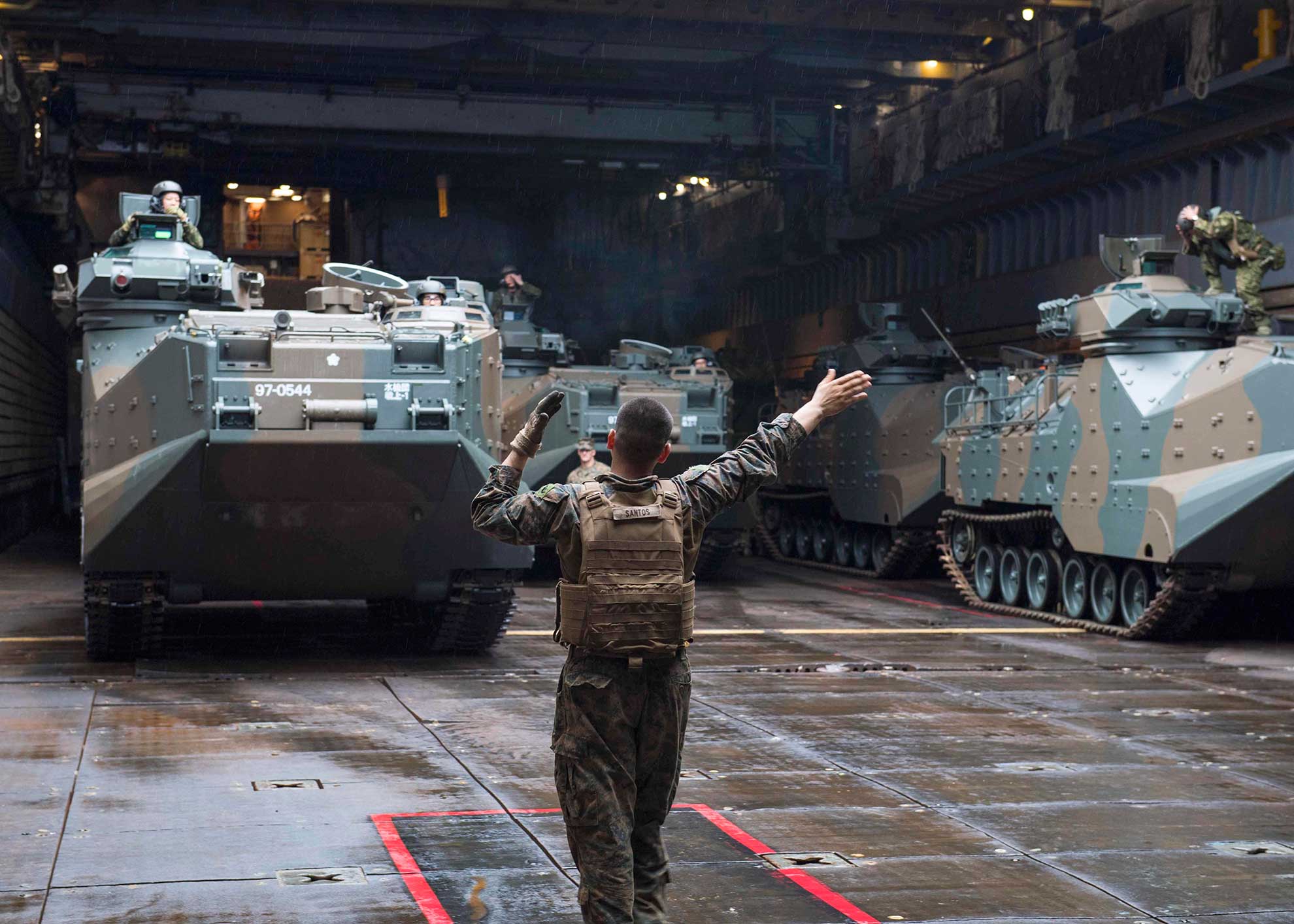 “This is a milestone achievement and a significant step forward in capability development for Japan’s newly established amphibious force,” said Rear Adm. Brad Cooper, commander, Amphibious Force 7th Fleet. “The JGSDF and JMSDF (Japan Maritime Self Defense Force) have made enormous strides in their amphibious capability since establishment of the ARDB just six months ago. We are proud to work side-by-side with our friends from Japan and the Philippines during this exercise and look to the future with great anticipation to train together.” 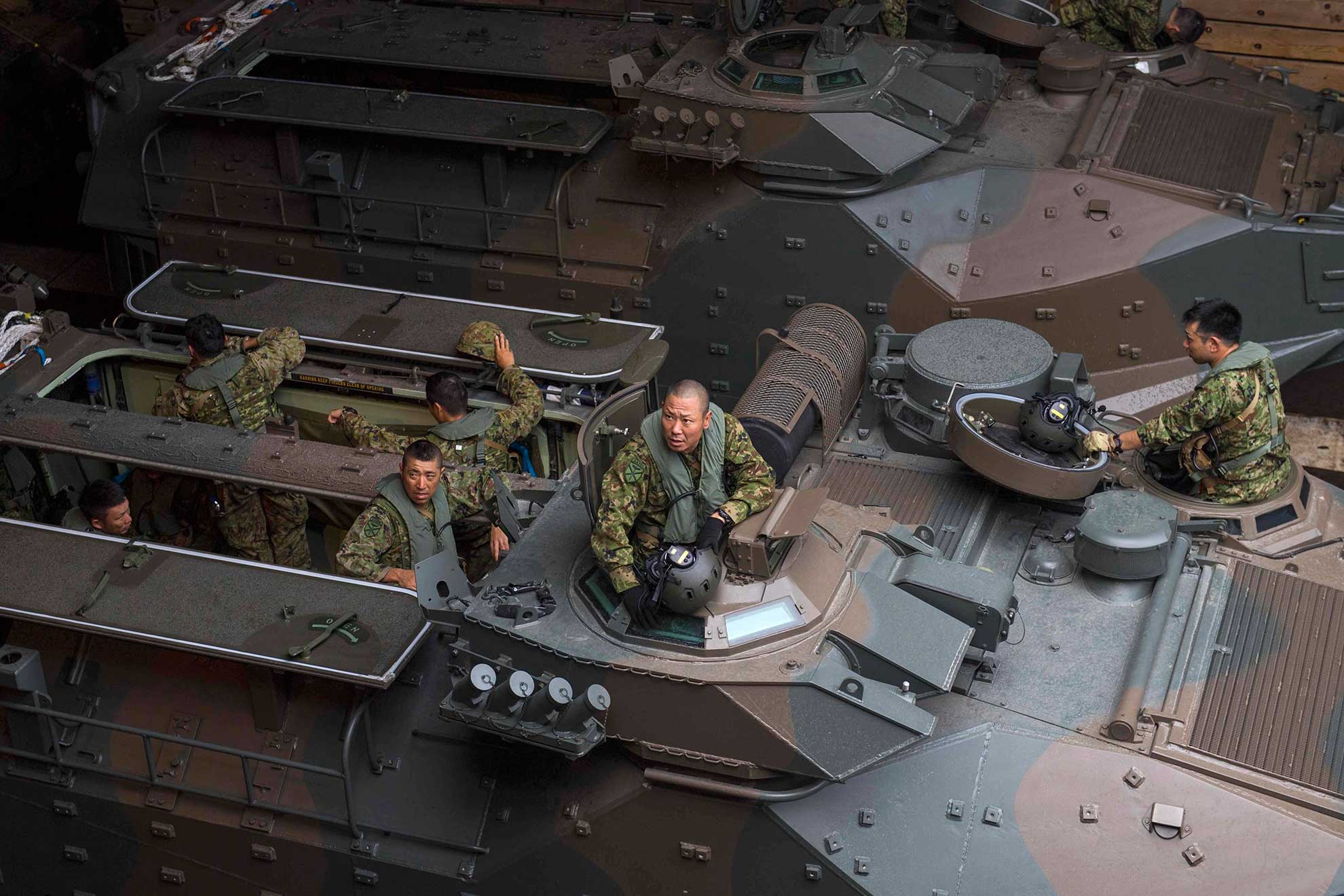 KAMANDAG 2 is a bilateral, U.S., Philippine, military training exercise with U.S. forces being led by the 3rd Marine Expeditionary Brigade. This year, Japan Self-Defense Forces are participating in HADR portions of the exercise to expand the capabilities of their newly formed ARDB.

“The Ashland crew is proud to participate in this exercise with both the Philippine and Japanese Forces,” said Cmdr. Patrick L. German, Ashland’s commanding officer. “I’m sure there is much to experience during the next couple of days as we conduct various evolutions with our friends from both countries.”

Ashland will be working with allied nations and their marine forces conducting various amphibious operations focused on humanitarian and disaster relief (HADR) during the exercise.

In addition to HADR, exercises conducted during KAMANDAG 2 will consist of amphibious operations, counterterrorism, live-fire training, as well as jungle survival and combat lifesaving training.

“Once again we have the opportunity to work with the Philippine Armed Forces,” said Brig. Gen. Chris A. McPhillips, 3rd Marine Expeditionary Brigade Commanding General. “As we strengthen and improve our capabilities, I look forward to the continued growth that we will achieve during KAMANDAG 2.”

KAMANDAG, an acronym for the Filipino phrase “Kaagapay Ng Mga Mandirigma Ng Dagat,” which translates to “Cooperation of Warriors of the Sea,” refers to the partnership between the Philippine and United States militaries.

Ashland, part of the Wasp Amphibious Ready Group, with embarked 31st Marine Expeditionary Unit, is operating in the Indo-Pacific region to enhance interoperability with partners and serve as a ready-response force for contingency operations.

Get more information about the Navy from U.S. Navy Facebook or Twitter.
For more news from Commander, Amphibious Squadron 11, visit www.navy.mil/local/cpr11/.