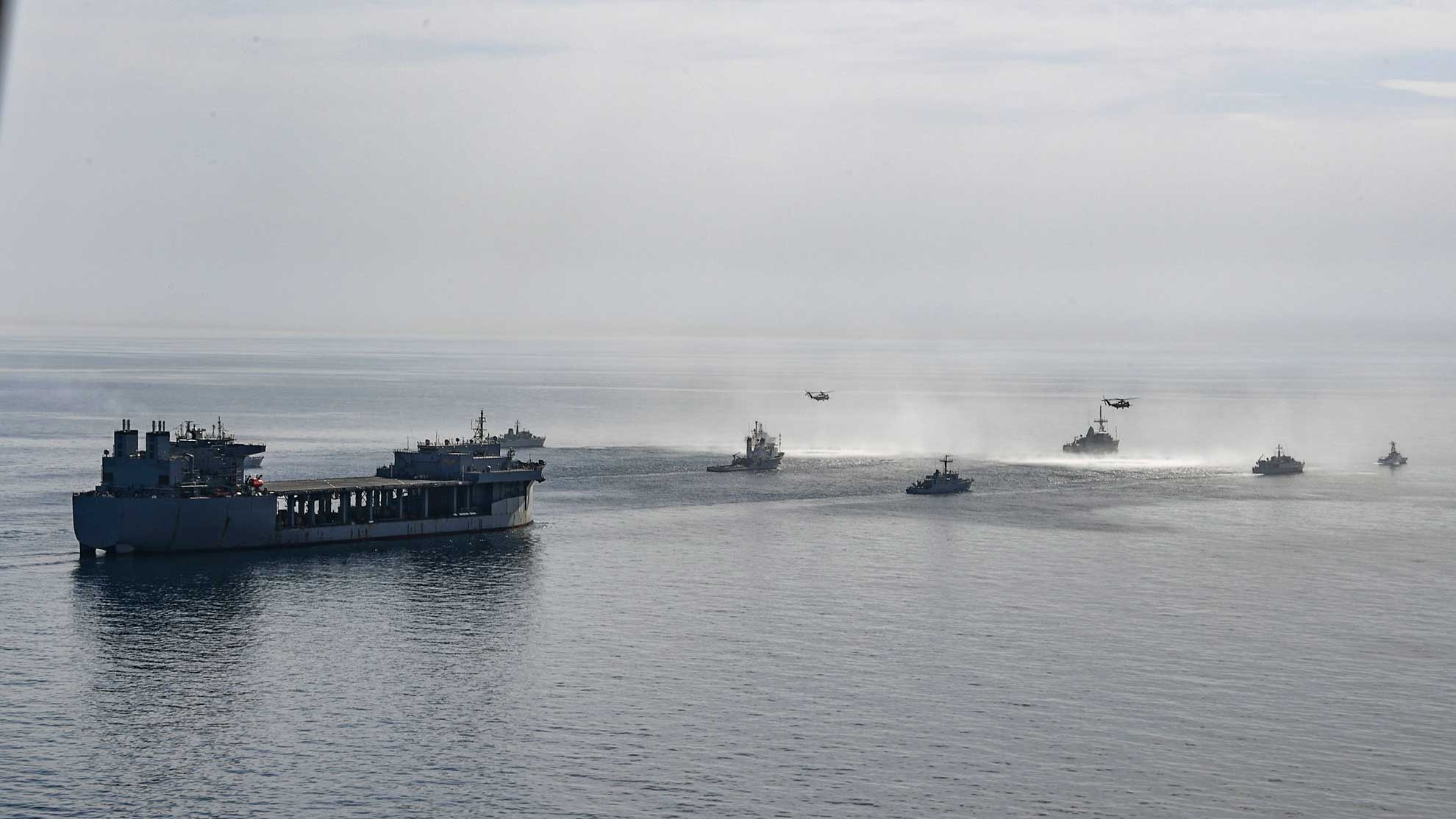 The scenario for the defensive exercise was for coalition forces to provide safe passage to humanitarian relief vessels through a mined area. 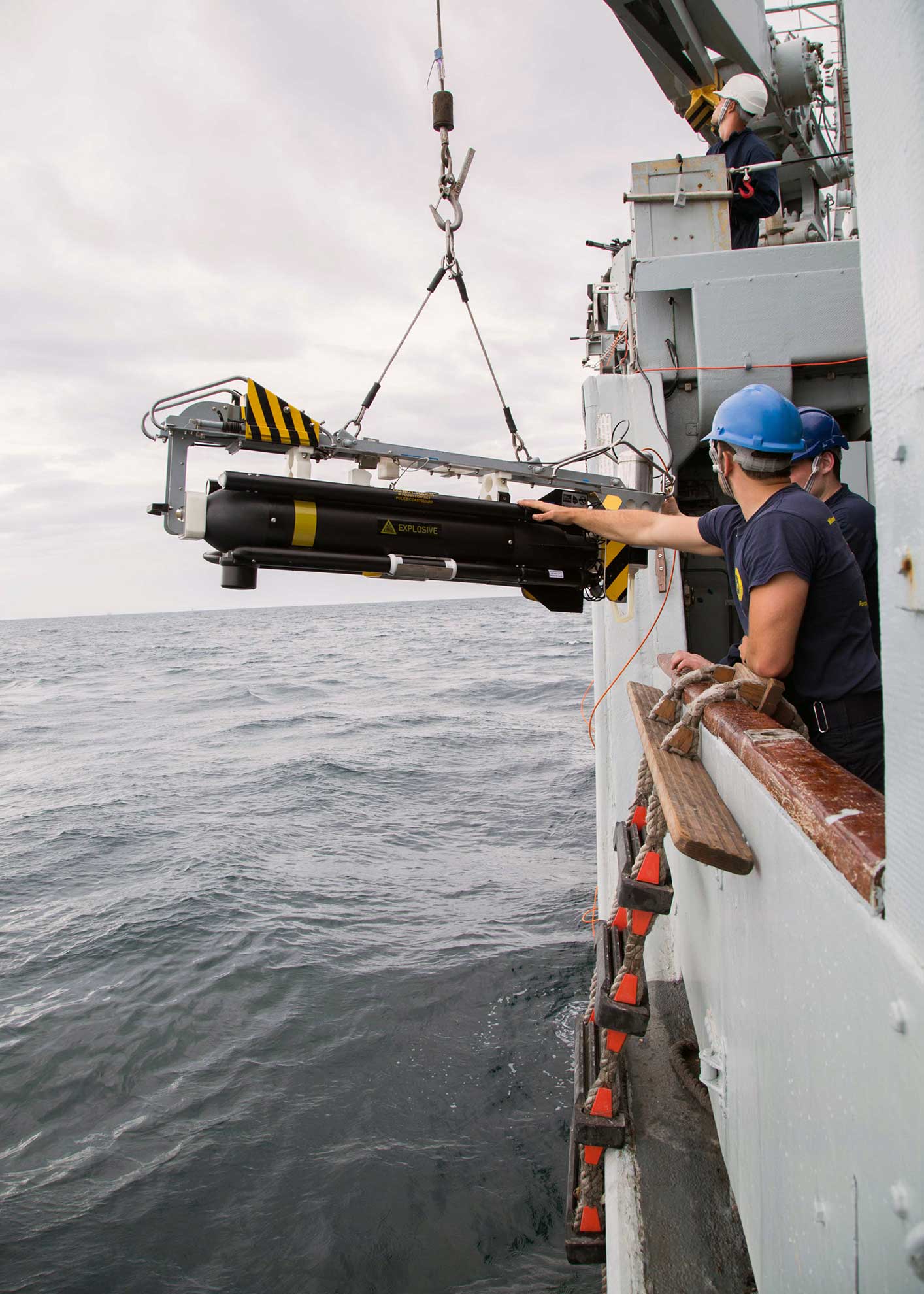 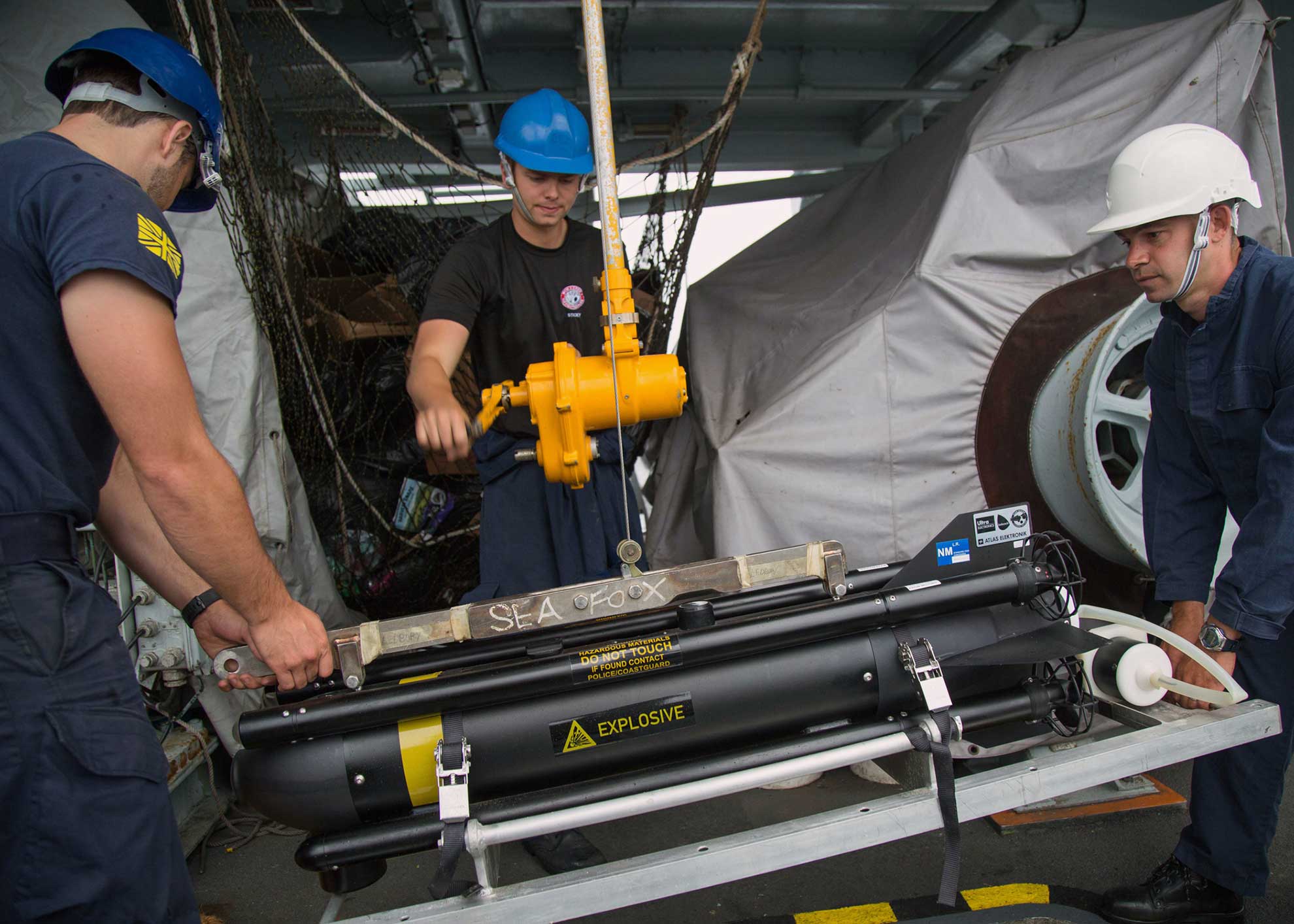 As part of the exercise, FS L’Aigle and HMS Ledbury simultaneously rafted with the RFA Cardigan Bay. RFA Cardigan Bay’s support increased the endurance of the mine hunters, demonstrating how a multinational force could conduct sustainment and repairs during extended mine clearance operations.

In another scenario, six of the ships practiced collective self-defense, working together to defend themselves from simulated air and surface threats.

“The exercise has been a highlight in our current deployment, and it exemplifies how we are stronger together, in an area that is so complex,” said France’s Marine Nationale Lt. Pierre, mine clearance diving officer aboard FS L’Aigle.

“France deploys MCM vessels on a regular basis to the Arabian Gulf, to maintain expertise of the local environment, and I am looking forward to the next exercise.” 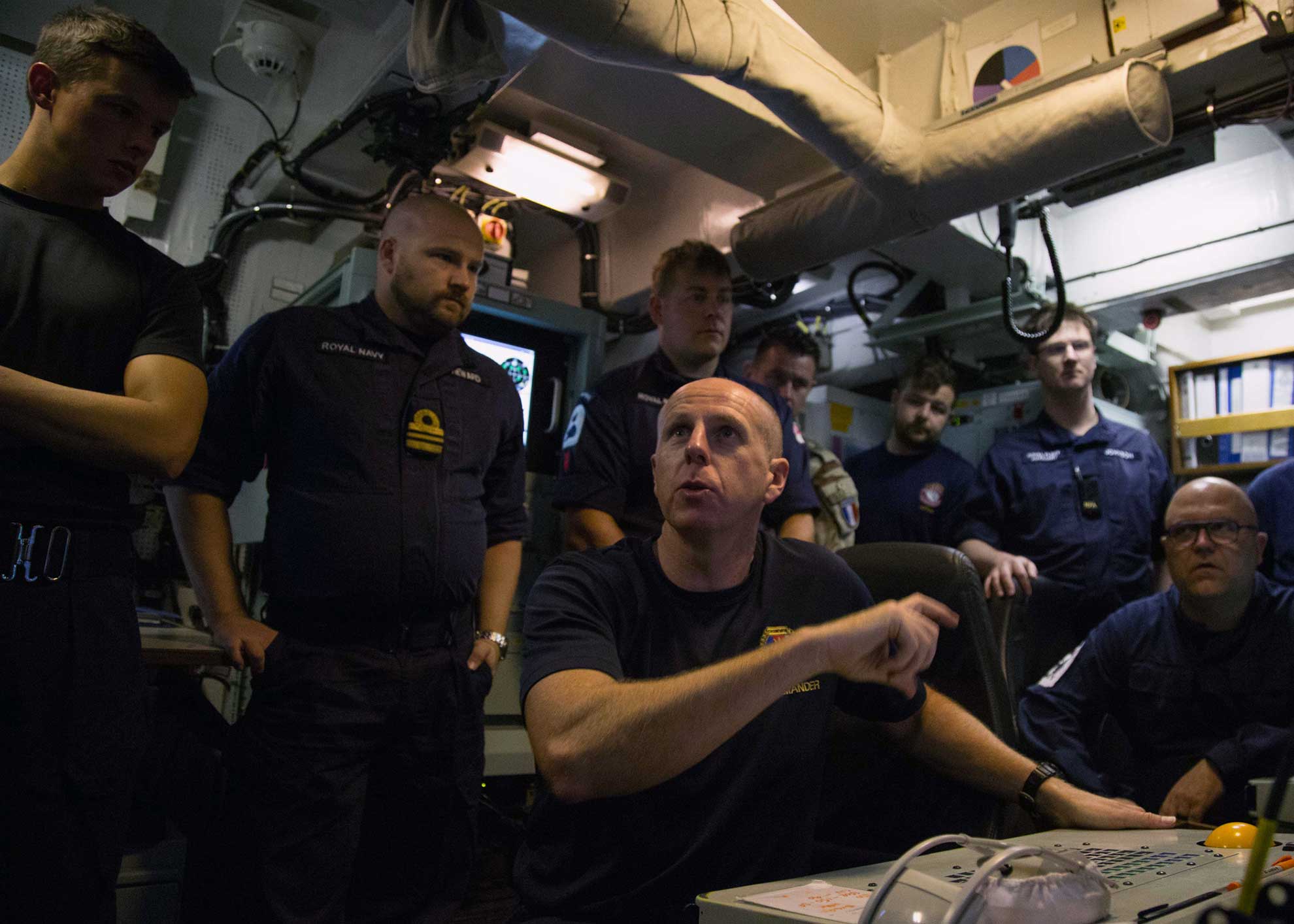 "There are many similarities between all three MCM communities from the comradeship and professionalism onboard these small ships, to the quest to embrace emerging maritime autonomous technology,” Royal Navy Commander Steven White, commander of Combined Task Group 52.2, said. “MCM is a complex and dangerous business that many people do not understand, these exercises allow me along with my fellow task group commanders, and commanding officers of ships and diving units to practice and refine our skills and procedures so we are ready when called upon to do this for real." 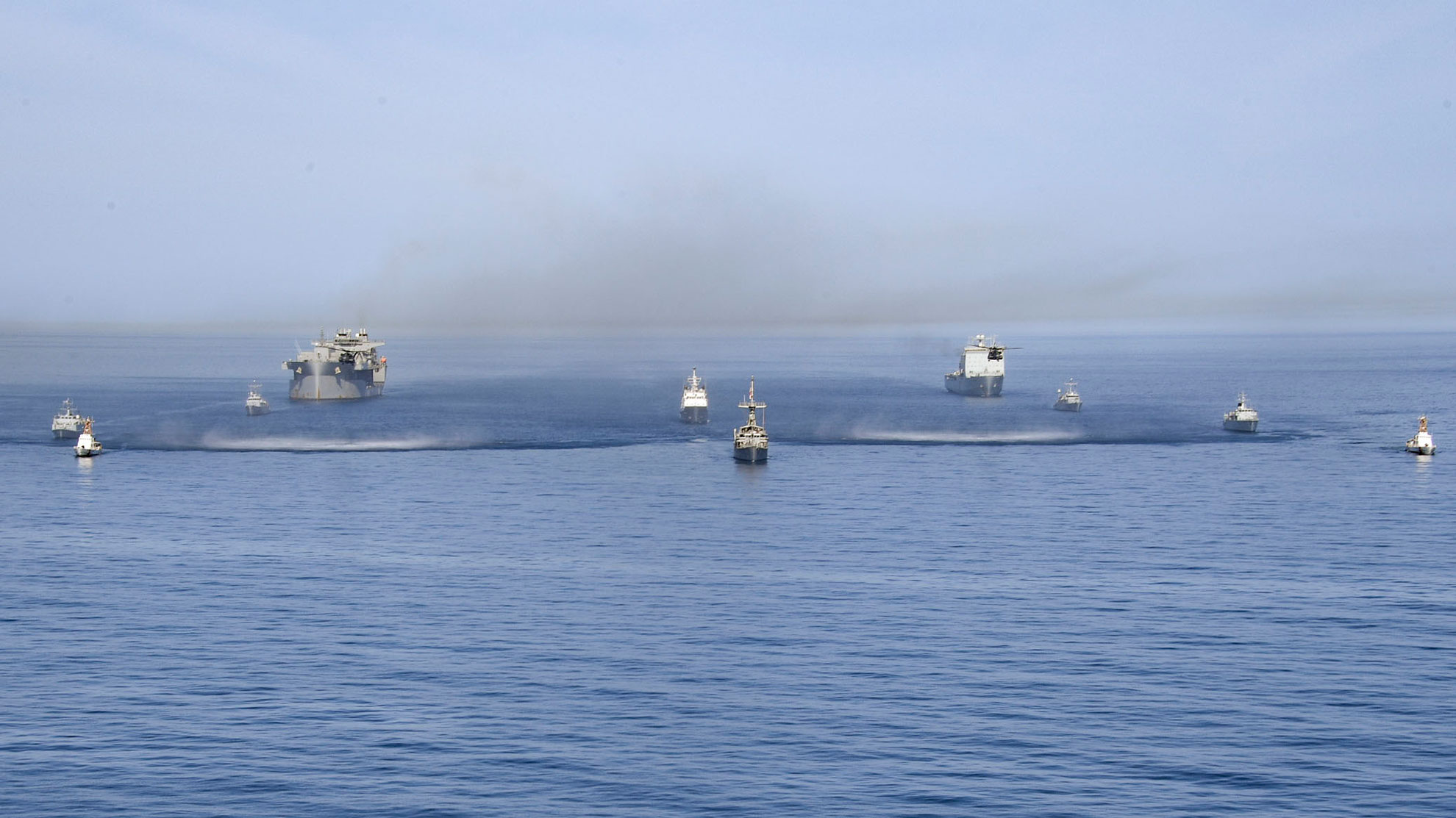 U.S. 5th Fleet area of operations encompasses about 2.5 million square miles of water and includes the Arabian Gulf, Gulf of Oman, Red Sea and parts of the Indian Ocean. The expanse comprises 20 countries and includes three critical choke points at the Strait of Hormuz, the Suez Canal and the Strait of Bab al-Mandeb at the southern tip of Yemen.