“As directed by the 2018 National Defense Strategy, we're building a model of a more lethal, resilient and agile force, capable of deterring and defeating any enemy in this age of, as we know it, renewed power competition…

“We're building the Navy the nation needs and the Marine Corps of the future,” Spencer said at a Pentagon news briefing with Chief of Naval Operations Adm. John M. Richardson and Marine Corps Commandant Gen. Robert B. Neller.

The naval enterprise is investing in modernization of key capabilities and new technologies to continue to provide warfighters with everything they need to “fight tonight,” he said. 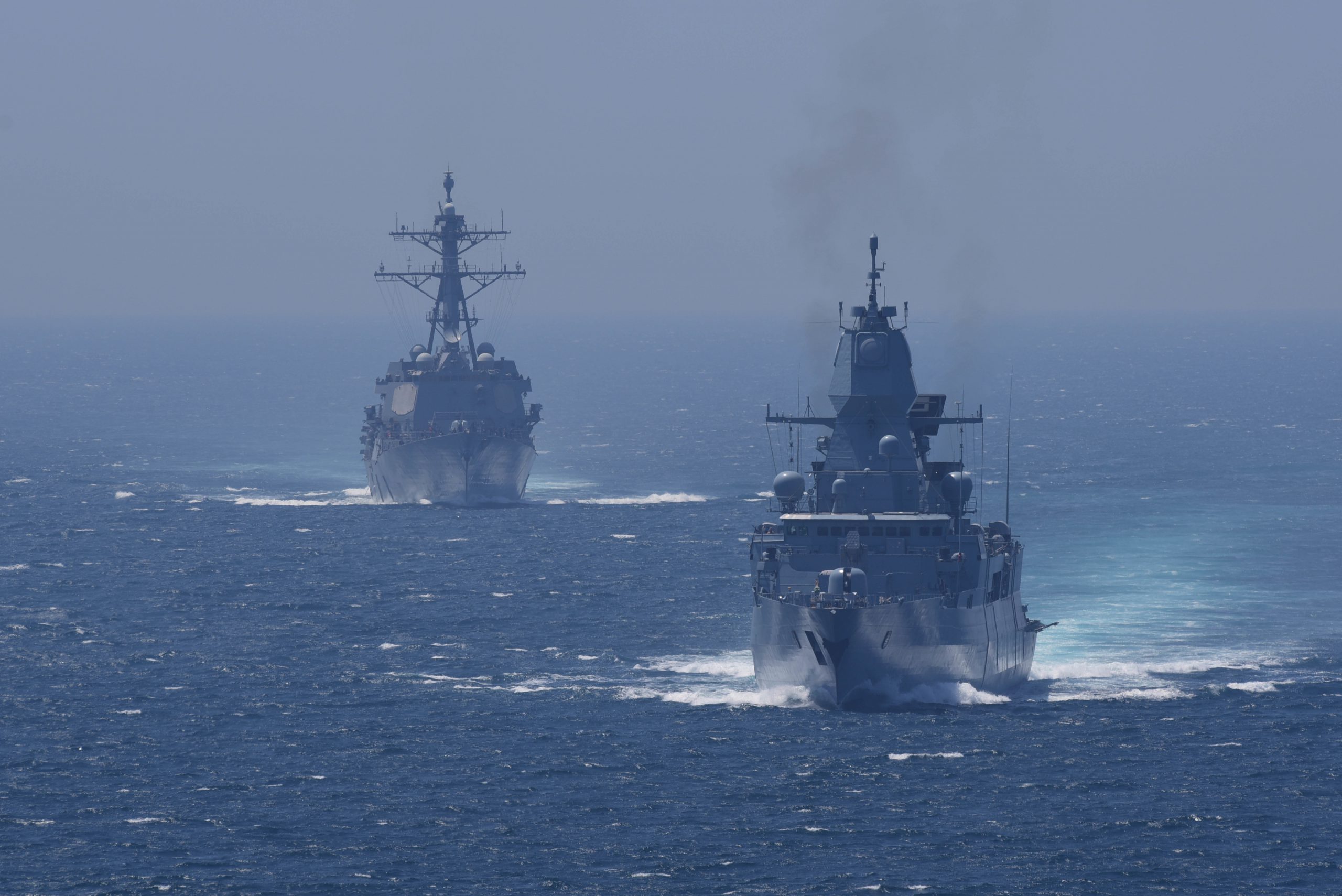 FGS Hessen and USS Forrest Sherman through the Strait of Gibraltar

“As directed by the 2018 National Defense Strategy, we're building a model of a more lethal, resilient and agile force, capable of deterring and defeating any enemy in this age of, as we know it, renewed power competition,” Spencer said.

The enterprise is refining processes, will use every acquisition authority given by Congress to grow the team, and is working in partnership with industry to deliver maximum efficiency and value to the American taxpayers, he said.

“We're building a more lethal and ready Navy-Marine Corps team by focusing on process improvement,” he added. “We'll ensure that our processes are value-add, and efficiently supporting our warfighter as our core competency.”

Further, he underscored the importance of consistent, predictable funding, and welcomed the bipartisan budget agreement signed into law in March by President Donald J. Trump, after years of uncertain funding.

“I will tell you that we will smartly walk out on allocating those resources appropriated by Congress,” he said.

Saluting Those Who Serve

Investments in the men and women who serve are key in the effort to increase the competitive edge over adversaries, Spencer said.

He saluted the service members, including 94,000 sailors and Marines deployed around the globe, ensuring maritime lanes of commerce remain free and open and protecting American citizens and interests abroad.

“Our people are the foundation of everything we do, so we're committed, absolutely committed, to building the strongest foundation possible,” he said.

McCool received the Medal of Honor in 1945 for actions that year during the Battle of Okinawa. He went on to serve in the Korean and Vietnam wars before retiring from naval service. He died in 2008.

“I believe this ship serves as a real testimony and a testament to our commitment of growing the fleet and our partnership with America,” Spencer said. “We definitely look forward to laying keel and getting this ship out onto the high seas.”

McCool, a native of Oklahoma, graduated from the U.S. Naval Academy in 1944 and served aboard Landing Craft Support (Large) 122 off the coast of Okinawa during World War II.

On June 11, 1945, three kamikaze aircraft attacked McCool's ship, leaving him temporarily unconscious. After regaining consciousness, he began leading others in efforts to save the ship and rescue injured sailors, Navy officials report.

The ship, which will be constructed in Mississippi, will be 684 feet long, have a beam length of 105 feet and be capable of operating at speeds in excess of 22 knots.

Department of Defense Press Briefing on the Navy