Soldiers of the 3rd Armored Brigade Combat Team, closed out their final major exercise in Europe with a bang during the Combined Resolve IX live-fire exercise. 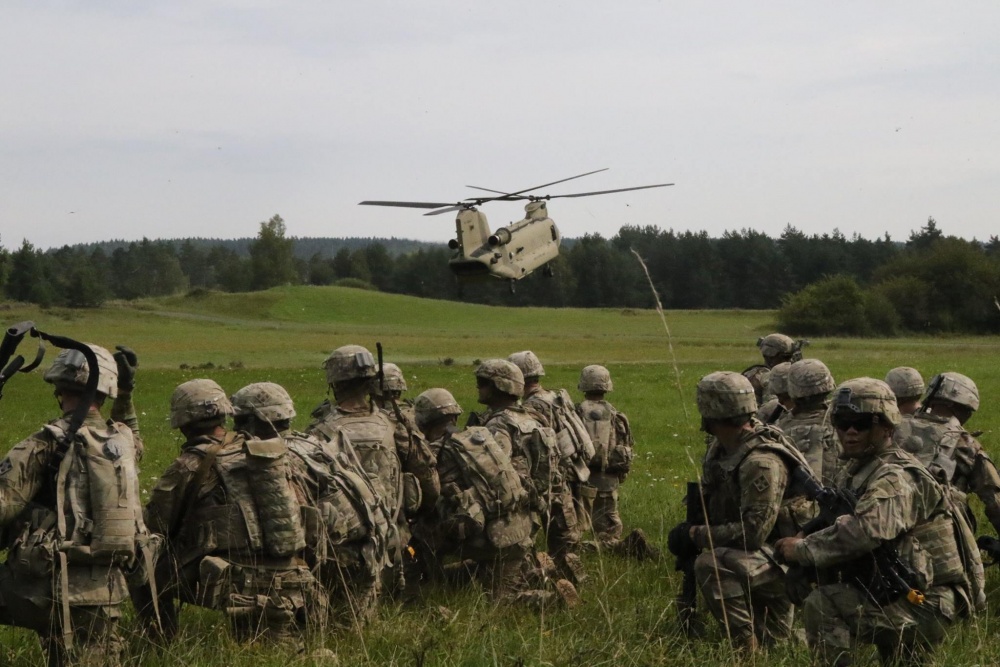 The exercise, involving about 2,000 soldiers from five of the “Iron Brigade’s” seven battalions and the 10th Combat Aviation Brigade, enhanced the readiness of U.S. Army Europe’s regionally allocated land and aviation forces to deter aggression in Europe while serving in support of Operation Atlantic Resolve.

The brigade synchronized capabilities in a defensive scenario that emphasized speed while maneuvering to dominant battle positions against a conventional adversary.

Tanks and mechanized infantry took up the frontline fight as artillery, combat engineers, close-air support and unmanned aerial reconnaissance shaped conditions before and during the fight.

“This was a chance for us to challenge ourselves and see how we operate, how we fight, and how we function as a brigade-level organization,” Harrison said.

“We are very well trained,” Harrison said. “When we go back to Fort Carson, Colorado, our level of readiness will be extremely high, especially when we transition back to our own training area.”

Army Sgt. Maj. Joseph Nicholson, the operations sergeant major for 3rd ABCT, 4th Infantry Division, said a key for the brigade is carrying forward the knowledge gained during the latest exercise and the cumulative bilateral and multinational training that’s occurred with NATO allies and partners since the brigade arrived in Europe in January.

“Our goal moving forward is to maintain our current state of readiness. We need to ensure that everything we have learned here is not lost. It must be captured and continued to be exercised and improved upon,” Nicholson said.

During Combined Resolve IX, an emphasis by the brigade was imposing its lethality on an opponent early and often. This included an air assault to move scouts and infantrymen to forward positions and an artillery raid designed to steer the notional enemy onto ground favorable to the Iron Brigade. 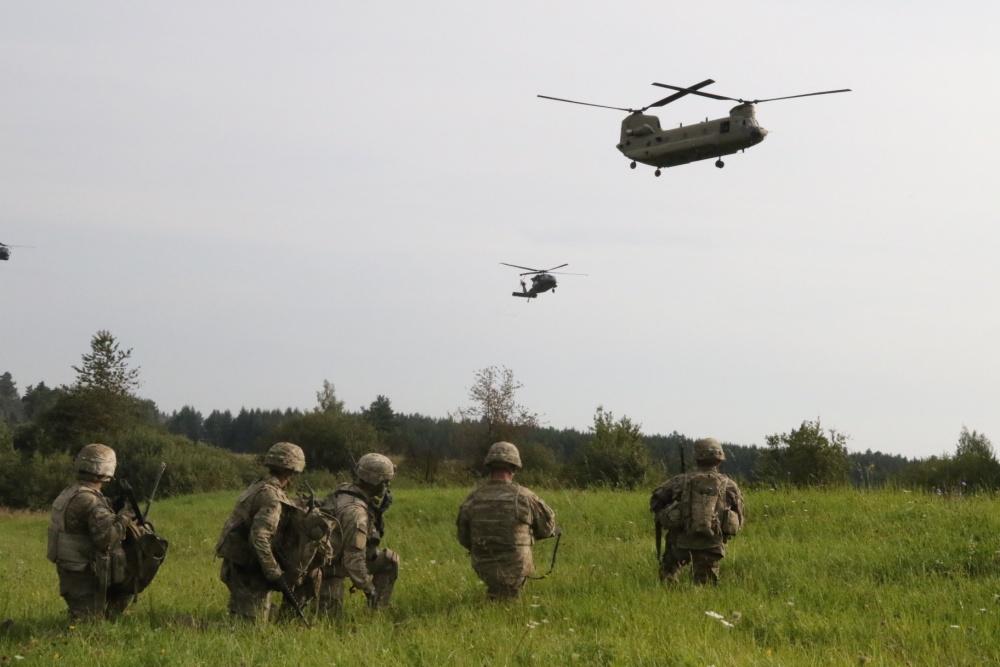 “The artillery raid was an interesting thing to do because some soldiers have never done it for and actual mission. Throughout this entire Atlantic Resolve rotation, we have really emphasized agility and innovative approaches to engaging a near-peer threat, if we ever needed to,” Harrison said.

Additionally, infantrymen from 1st Battalion, 8th Infantry Regiment, who normally serve in a mechanized role in Bradley Fighting Vehicles, were excited to jump in UH-60 Black Hawk and a CH-47 Chinook helicopter during an air assault with the 3rd General Support Aviation Battalion, 10th CAB.

“It’s not often that we get to do an air assault mission,” said Army 1st Lt. Brandon Castinado, a platoon leader with Company A, 1st Bn., 8th Infantry Regiment “It’s a great experience to see the brigade use all of our assets in various ways to defeat an enemy. This shows that we are capable of completing missions that are thought to be difficult or impossible to achieve. We did it, and we beat the odds. We are adaptable, resilient and most importantly, well-trained.”