In its 15th year of execution, the Trident Warrior exercise explored innovative solutions through fleet experimentation.

In its 15th year of execution, the Trident Warrior exercise explored innovative solutions through fleet experimentation during various evolutions off the coast of Southern California from June to August 2017. 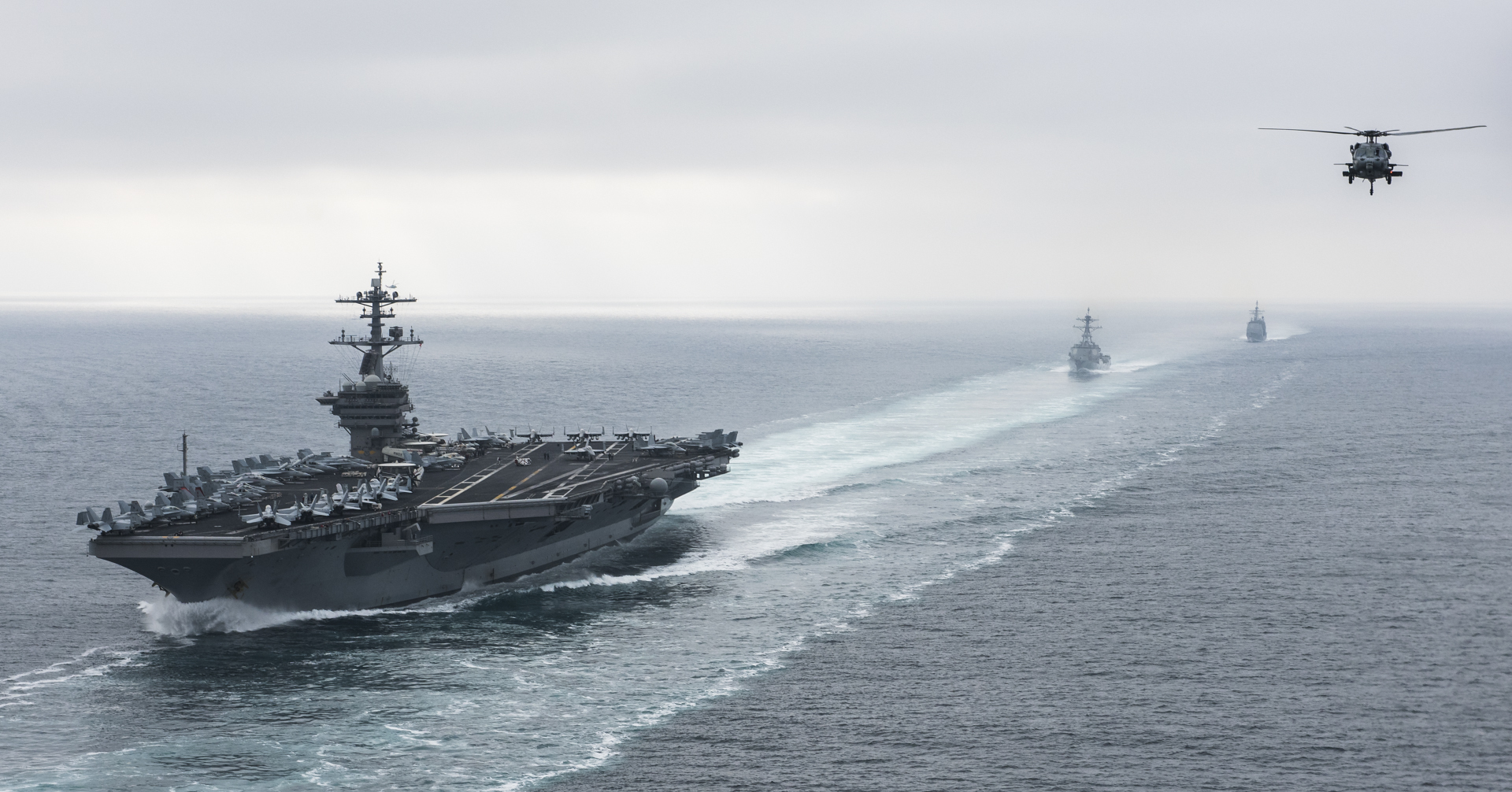 Directed by the Navy Warfare Development Command and Space and Naval Warfare Systems Command, and supported by the Third Fleet, TW17 featured at-sea experimentation of more than 20 critical maritime initiatives.

TW experiments are designed to fast-track the introduction of new capabilities, innovative technologies, and tactics, techniques and procedures to aid maritime forces in all domains of warfare — air, land, sea and cyber.

“Trident Warrior is exceptionally unique,” said Dan Hallock, the exercise’s deputy director. “The event provides a venue to dynamically experiment with new ideas and innovations in a real-world environment. Each initiative is put directly into the hands of sailors and Marines currently serving our fleet and then the initiative is evaluated for warfighting effectiveness. This process enables warfighters to utilize Trident Warrior experimentation to examine an experiment’s potential and influence the direction of development and implementation. The resulting enhanced capabilities allow individuals to perform their job more effectively and efficiently.”

TW17 took advantage of previously scheduled ship training events to leverage maximum experimentation opportunities with minimum cost and impact on Fleet operations. Experiments were completed by temporarily deploying advanced capabilities on fleet assets to collect real-world performance data and feedback from users during the underway experimentation period. Data collected throughout the experiments will be provided to Navy decision makers as recommendations regarding future capability investments for the fleet.

The TW process specifically aligns each initiative into focus areas to include: electromagnetic maneuver warfare; agile command and control; cybersecurity; and intelligence, surveillance and reconnaissance. Once the initiatives are aligned under a designated focus area, the TW team works with the sponsors of each initiative to develop an experiment designed to address issues the technology is targeting.

“Trident Warrior allows engineers, scientists and the operators to answer critical questions regarding the development of technology,” Hallock said. “We need to think if the initiative will reduce communication time and by how much. We can actually experiment during Trident Warrior and find out. Depending on what was learned during experimentation, we then work with the sponsors and requirements personnel to determine which initiatives have the potential to be accelerated for acquisition and which require further development. The end goal is to get the mature technology into the hands of the warfighter as soon as possible.”

Some of the TW17 experiment initiatives were the automated dynamics quality of service and visualization tool, or ADVANCE; gun augmented reality; a command-and-control experiment; refractivity-from-radio; and long-distance high and bandwidth laser communications.

ADVANCE, sponsored by Systems Center Pacific, serves as an automated network bandwidth tool that gives any Navy ship the ability to dynamically adjust the priority of network flow and usage. During TW17, ADVANCE was tested on board the Theodore Roosevelt.

“This capability is exactly the direction we need to go,” said Navy Cmdr. Nichol Schine, the combat systems officer for the Theodore Roosevelt. “My whole department was impressed with how ADVANCE improved the flow of information and how dependable the system was out at sea.” 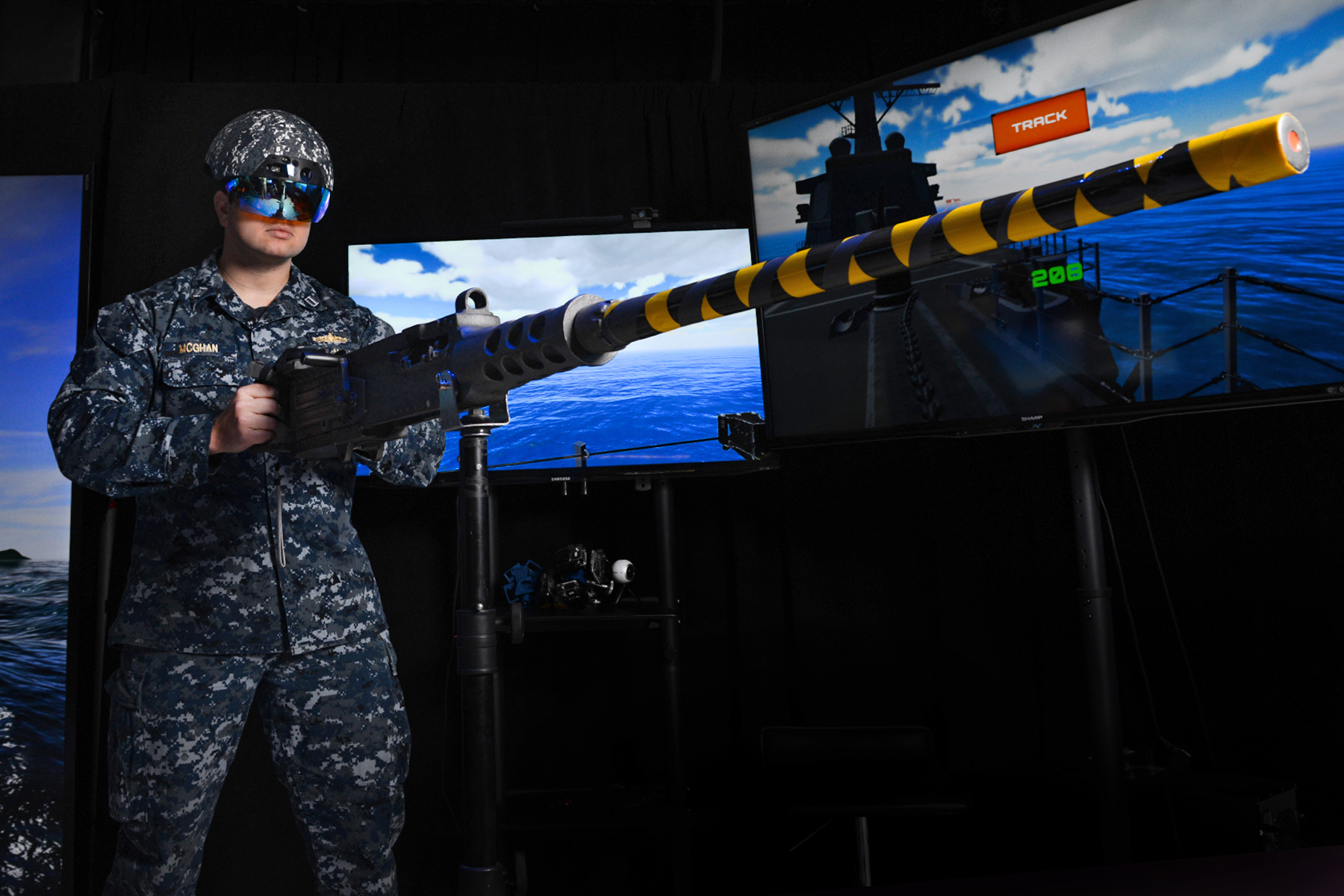 Gun-augmented reality, also sponsored by SSC Pacific, demonstrated its capabilities on board the Bunker Hill during the first phase of TW17. The augmented reality helmet provides enhanced visual and aural communication to .50-caliber gun crews and the ship’s bridge teams.

The command-and-control experiment, sponsored by the Navy’s Command and Control Systems Program Office, installed a strike-group-level planning tool on board the Theodore Roosevelt, which provided the capability for an automated rehearsal of an entire future operation. This automation determined a detailed scheme of maneuver alerting to conflicts and time distance issues.

The “refractivity from radio with web-based tools” initiative tested a device that monitored actual radio frequency signals to provide the ability to predict and display red and blue radar, as well as electronic warfare detection ranges. This initiative was also sponsored by Systems Center Pacific and tested on board the Preble.

Sponsored by Johns Hopkins University Applied Physics Laboratory, the long distance H/B laser communications initiative demonstrated a ship-to-shore and ship-to-ship laser communication capability. While on board the Sea Hunter for TW17, the laser provided close to 10 gigabits per second of error-free data, voice and video transfer.

Trident Warrior analysts continue to compile data from the events to determine which initiatives should be recommended for follow-on actions.

Navy Vice Adm. Nora Tyson, the Third Fleet commander, observed several events during TW17 and was genuinely impressed with the initiatives and urgency to get new ideas into the hands of the warfighter.

“In the end, that’s what this is all about,” she said. “Saving time, saving money and, most importantly, giving our sailors and Marines the right tools to make them more effective warfighters … which will help save lives. Next year’s Trident Warrior is currently scheduled alongside Exercise Rim of the Pacific. Our international partners will appreciate the new technologies and concepts being developed to improve the maritime warfighting domain.”