The senior officers of the Navy, Marine Corps and Coast Guard discussed topics including “great power” competition, people and equipment and media relations yesterday at the West 2017 Naval Conference in San Diego.

The senior officers of the Navy, Marine Corps and Coast Guard discussed topics including “great power” competition, people and equipment and media relations yesterday at the West 2017 Naval Conference in San Diego. 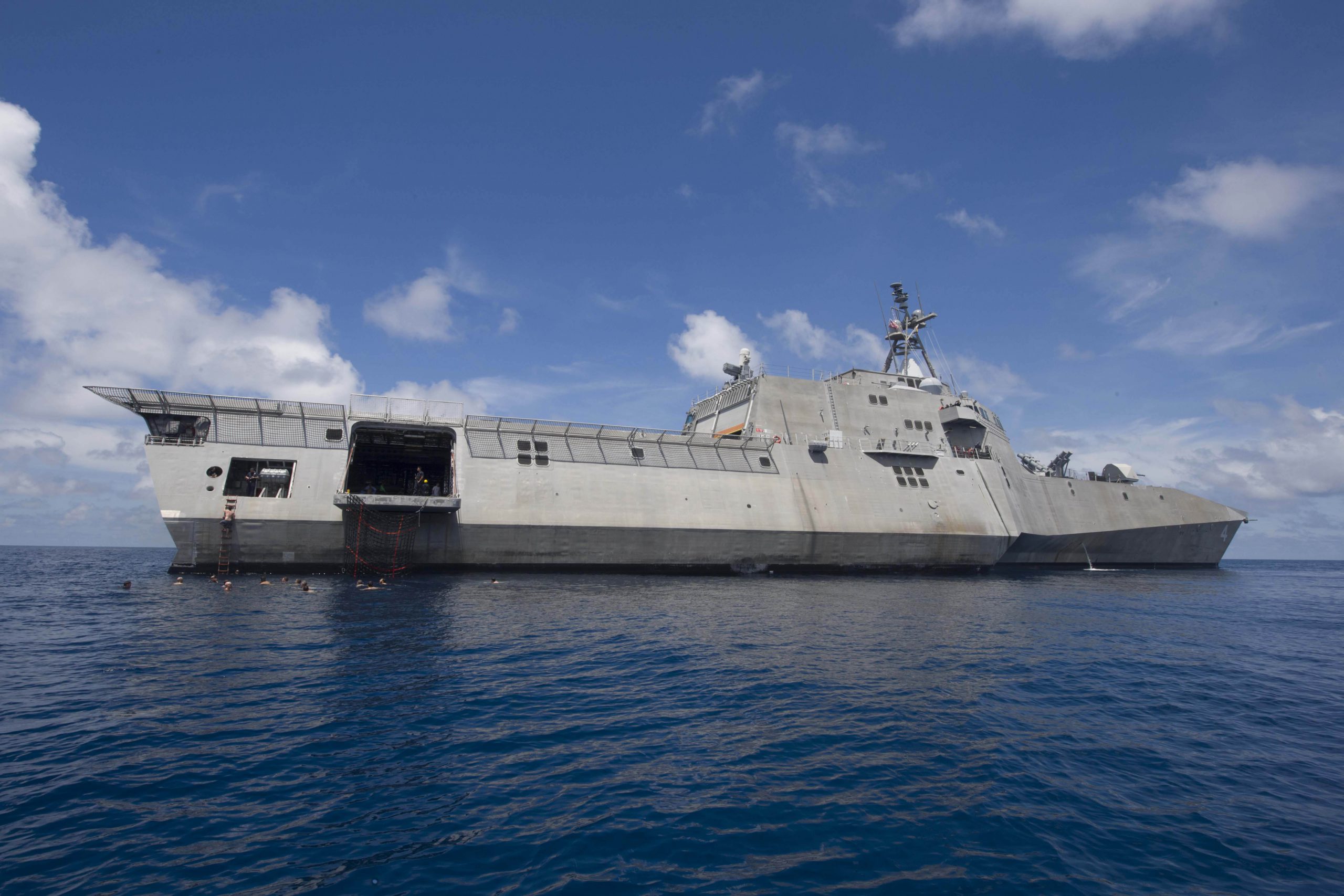 ‘Great Power’ Competition on the Rise

Geopolitics and “great power” competition have been a major theme at the conference, Stavridis said. He pointed out that 100 years ago, the United States faced maritime near-peers, including the United Kingdom and Germany. He asked the panelists if they saw similar conditions developing now.

China is reportedly nearing completion of its second aircraft carrier, with up to four more in development.

Richardson responded, “The evidence is undeniable that we are back into … great power … competition. The impact for us in the Navy, and I would say the maritime services in general, is profound.”

For 20 to 25 years, U.S. sea services had not had such competition, Richardson noted. During that time, "off-season” habits have developed, he said.

“You gain weight, you slow down, … we have got to get back fit to fight and be ready for this competition for sea control,” he said.

Neller said with the modern domains of space, cyber and information technology added to the traditional domains of sea, land and air, “We’re kind of back to the future.”

Early in his career, he said, concerns like “trying to stay on the net, work through jamming, displace camouflage, move at night, use a deception plan — we haven’t had to do that for the last few years.”

Those tasks are even more complicated now, Neller said.

“I think the force is going to very quickly adapt, but we’ve got to put them in a position where they have to deal with these things,” he said. “ … I think we do have an advantage in our people.”

Zukunft said the Coast Guard has prided itself on “punching above our weight class,” but it’s “time to change weight classes.”

Russia has 40 ice-breaking ships, he said, while the Coast Guard has two.

“And, our one heavy ice-breaker is really a national asset,” he said. “ … We need to fast-forward our ability to deliver ships in the 21st century. … What we have on record is to build six new ice-breakers.”

All three leaders agreed that recruiting and retention are critical to maintaining maritime dominance.

Zukunft defined part of the challenge: “How do you convince your workforce that the work that you do is so relevant to our nation’s security?”

He added, “Service before self” is something that resonates with maritime professionals, he said, but it needs emphasis.

Richardson said the Navy is meeting its recruiting and retention goals in almost every area.

Navy recruits come in for the chance to be part of something bigger than themselves, he said.

“Our commitment, then, has to be that once in, once aboard, do we behave as an institution, consistent with those values that we espouse as a profession?” he asked.

The Navy must get competitive, he said.

Neller said the Marine Corps is “in a good place” with recruiting, adding, “I don’t take that for granted. It takes a lot of work. Our recruiters are out there working really, really hard.”

In response to an audience member’s question, the three officers discussed the role of media relations and social media in relating to the American public.

Richardson said, “We’ve got, I think, a responsibility to communicate with the American people. There’s certainly a vital role for the media.”

Zukunft said the ability to use social media is a “potential treasure chest.”

When one Coast Guard cutter offloaded 32 metric tons of cocaine, he said, the service showcased on social media the boarding team that made most of the interdictions.

“We let them speak,” he said. More than 3.5 million hits resulted, he said.

Neller said, “We live in a democracy. We’re a military that’s under civilian control. Part of living in a democracy is you have an active, vibrant press that reports things.”

Interacting with the media is “an opportunity to communicate,” he added. “When one percent of the population is serving in the military, why would we not want to let everybody know what we’re doing, so that they understand this is their military?”