LCS is a highly maneuverable, lethal and adaptable ship designed to support focused mine counter-measures, anti-submarine warfare and surface warfare missions. The ship integrates new technology and capability from deep water to the littorals. 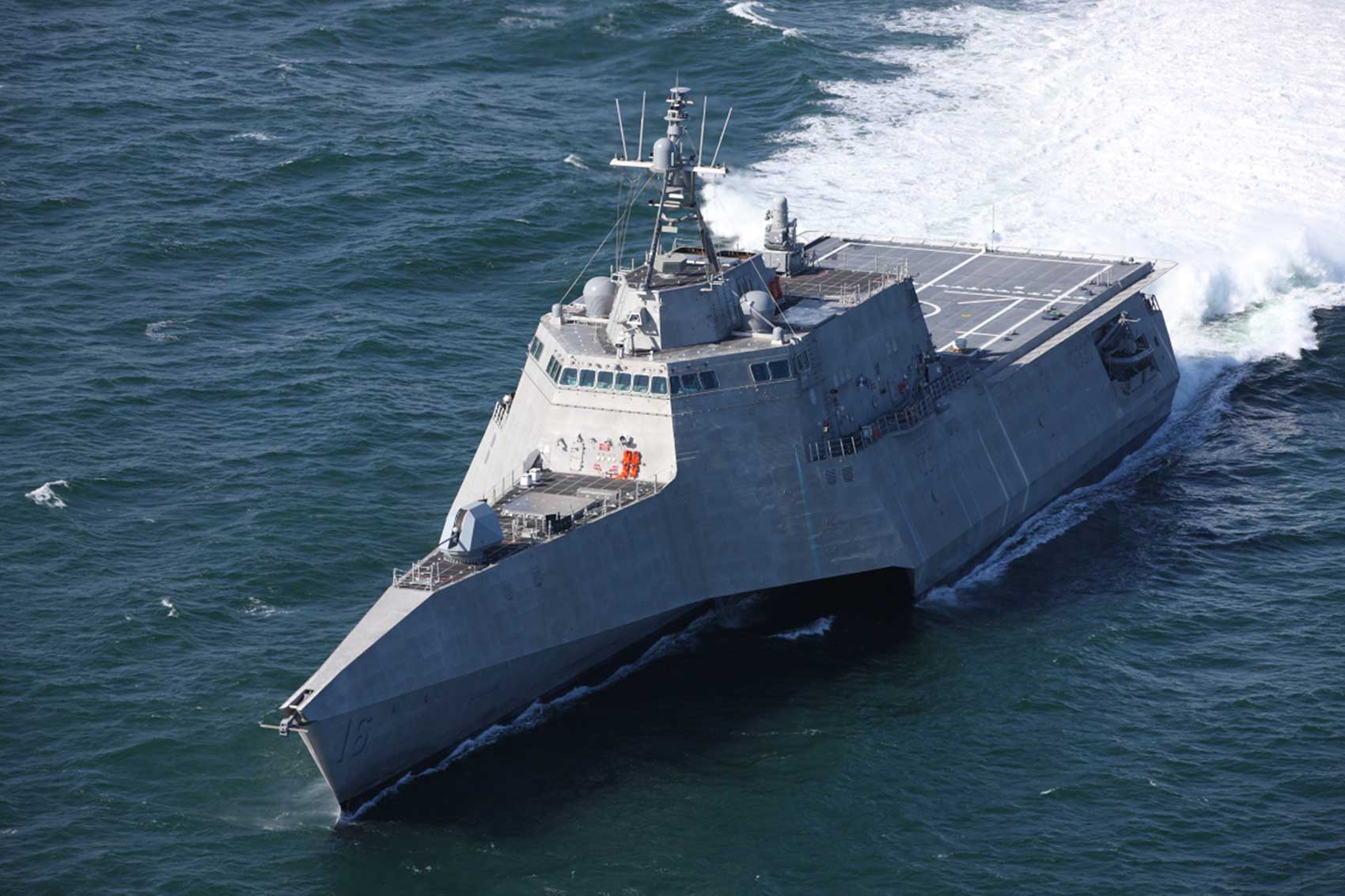 U.S. Sen. James Lankford of Oklahoma will deliver the commissioning ceremony's principal address. Kathy Taylor, former mayor of Tulsa, Oklahoma is the ship’s sponsor. The ceremony will be highlighted by a time-honored Navy tradition when Taylor gives the first order to “man our ship and bring her to life!”

"This ship is named in honor of Tulsa, Oklahoma, but represents more than one city," said Secretary of the Navy Richard V. Spencer. "USS Tulsa represents an investment in readiness and lethality, and is a testament to the increased capabilities made possible by a true partnership between the Department of the Navy and our industrial base."

The future USS Tulsa is the second naval vessel to honor Oklahoma’s second largest city. The first USS Tulsa was an Asheville-class gunboat designated as PG-22 that served from 1923 to 1944 before being renamed Tacloban. She earned two battle stars for World War II service. A cruiser to be named USS Tulsa was also authorized for construction during World War II, but the contract was canceled before it was built.

LCS is a highly maneuverable, lethal and adaptable ship designed to support focused mine countermeasures, anti-submarine warfare and surface warfare missions. The ship integrates new technology and capability to affordably support current and future mission capability from deep water to the littorals.

The LCS class consists of two variants, the Freedom variant and the Independence variant, designed and built by two industry teams. The Independence variant team is led by Austal USA, Mobile, Alabama, (for LCS 6 and the subsequent even-numbered hulls). The Freedom variant team is led by Lockheed Martin, Marinette, Wisconsin (for the odd-numbered hulls).

The ceremony, using hashtag #USSTulsa, can be viewed on the Navy Live blog at http://navylive.dodlive.mil.

Additional information about the future USS Tulsa (LCS 16) can be found at https://www.history.navy.mil/research/histories/ship-histories/danfs/t/tulsa-ii–lcs-16-.html