Trident Juncture 18 is designed to test NATO’s ability to plan and conduct a major collective defense operation – from troop training at the tactical level, to command over large elements of a NATO force. 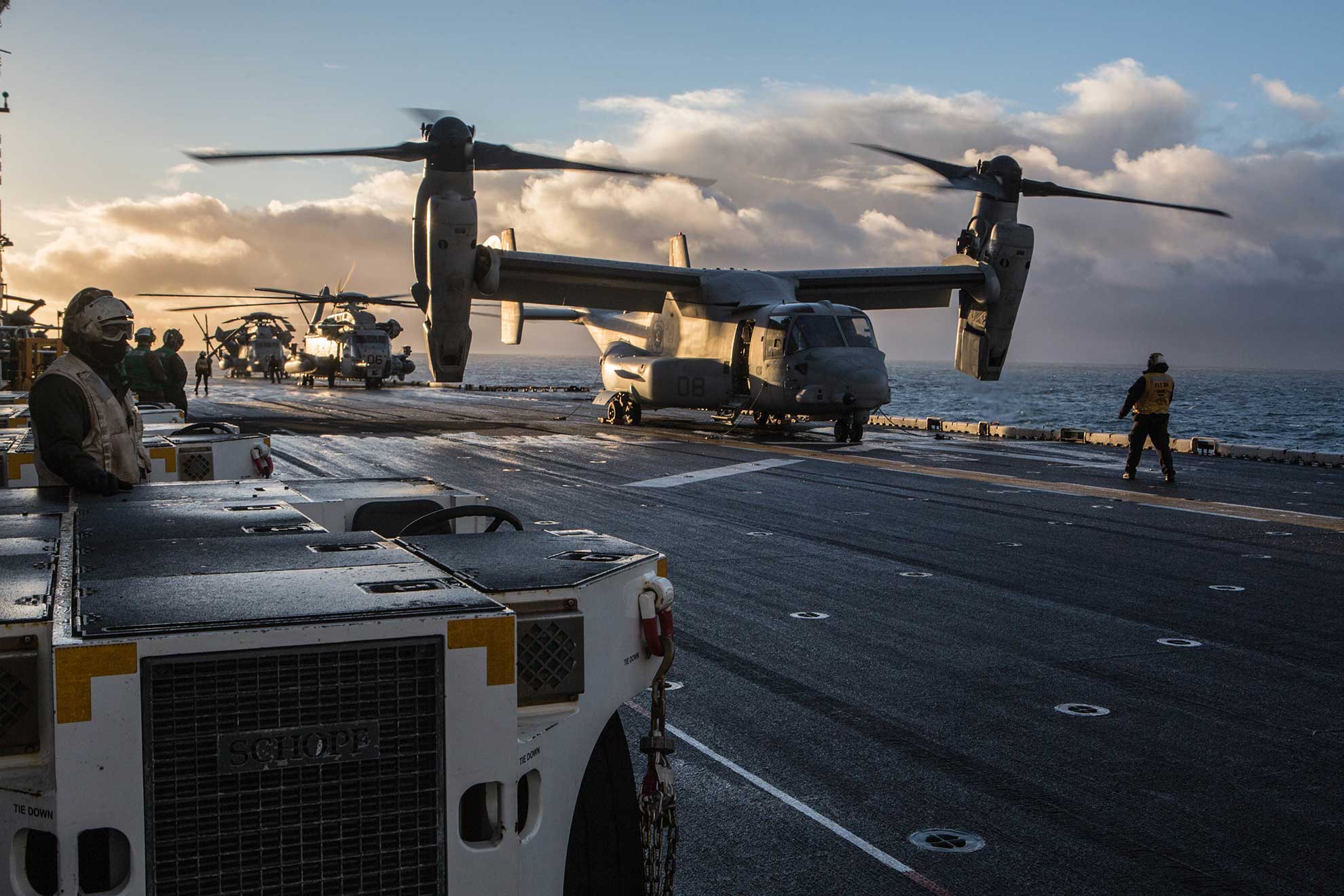 The month-long exercise will take place in Norway and the surrounding areas of the North Atlantic and the Baltic Sea, including Iceland and the airspace of Finland and Sweden. The exercise will include a live portion, from Oct. 25-Nov. 7 and a command post exercise from Nov. 14-23.

Trident Juncture 18 is designed to test NATO’s ability to plan and conduct a major collective defense operation – from troop training at the tactical level, to command over large elements of a NATO force. 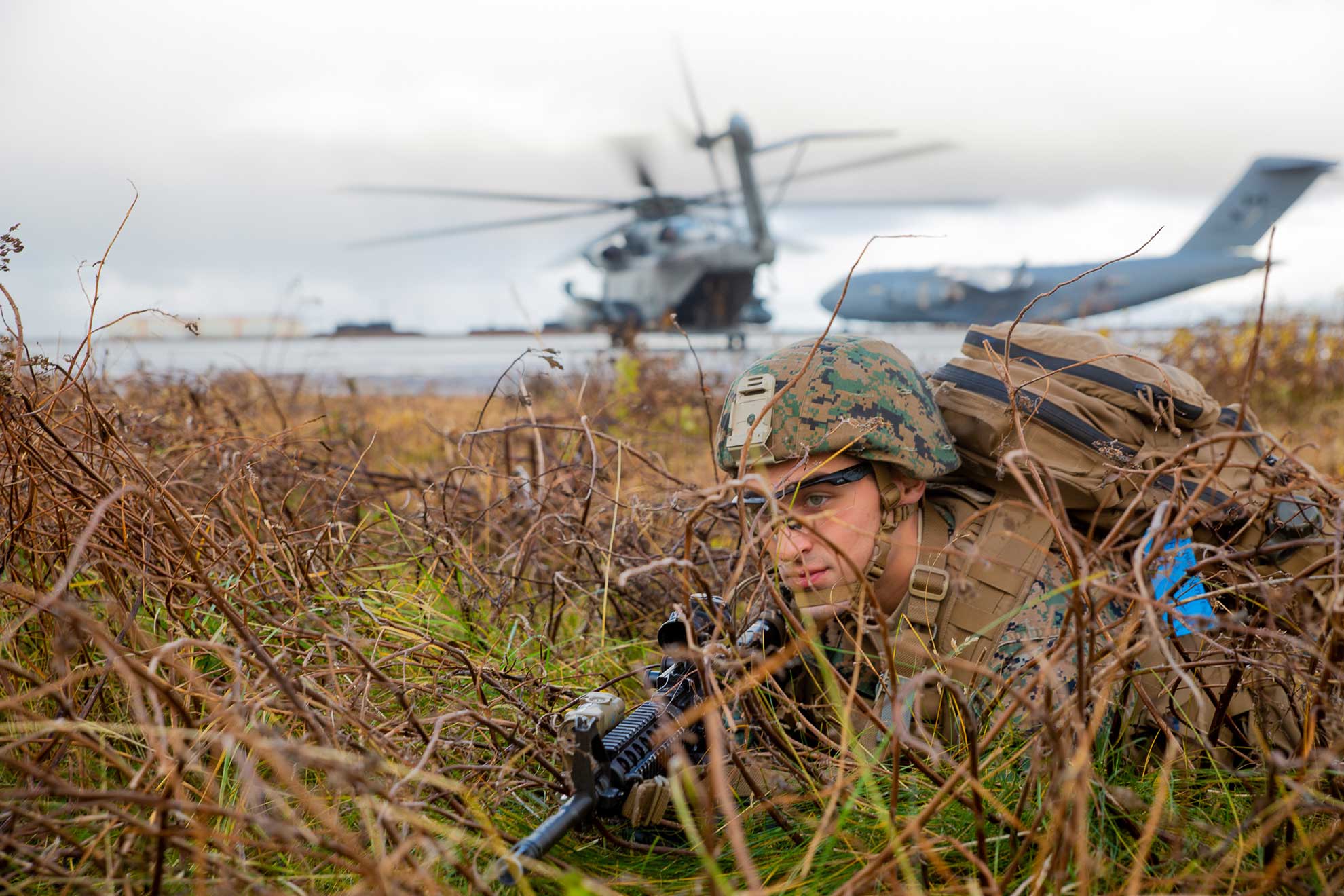 “Trident Juncture demonstrates our credible capability, and together we deter potential adversaries,” said U.S. Navy Adm. James Foggo, commander of NATO’s Allied Joint Force Command-Naples and the senior NATO commander overseeing the exercise. “All 29-member NATO nations will participate in the exercise, along with our partners from Sweden and Finland and we are delighted about that.”

U.S. military personnel and equipment began their movements from their U.S. and European bases to Norway in September, with II Marine Expeditionary Force, based at Camp Lejeune, North Carolina, executing the complex and logistically intensive task of transporting thousands of Marines and their equipment across the Atlantic Ocean. The transition to prepare for the exercise was in itself for these Marines a test of their ability to rapidly deploy to Norway and quickly integrate into the NATO command structure, should they ever be called upon to fight. 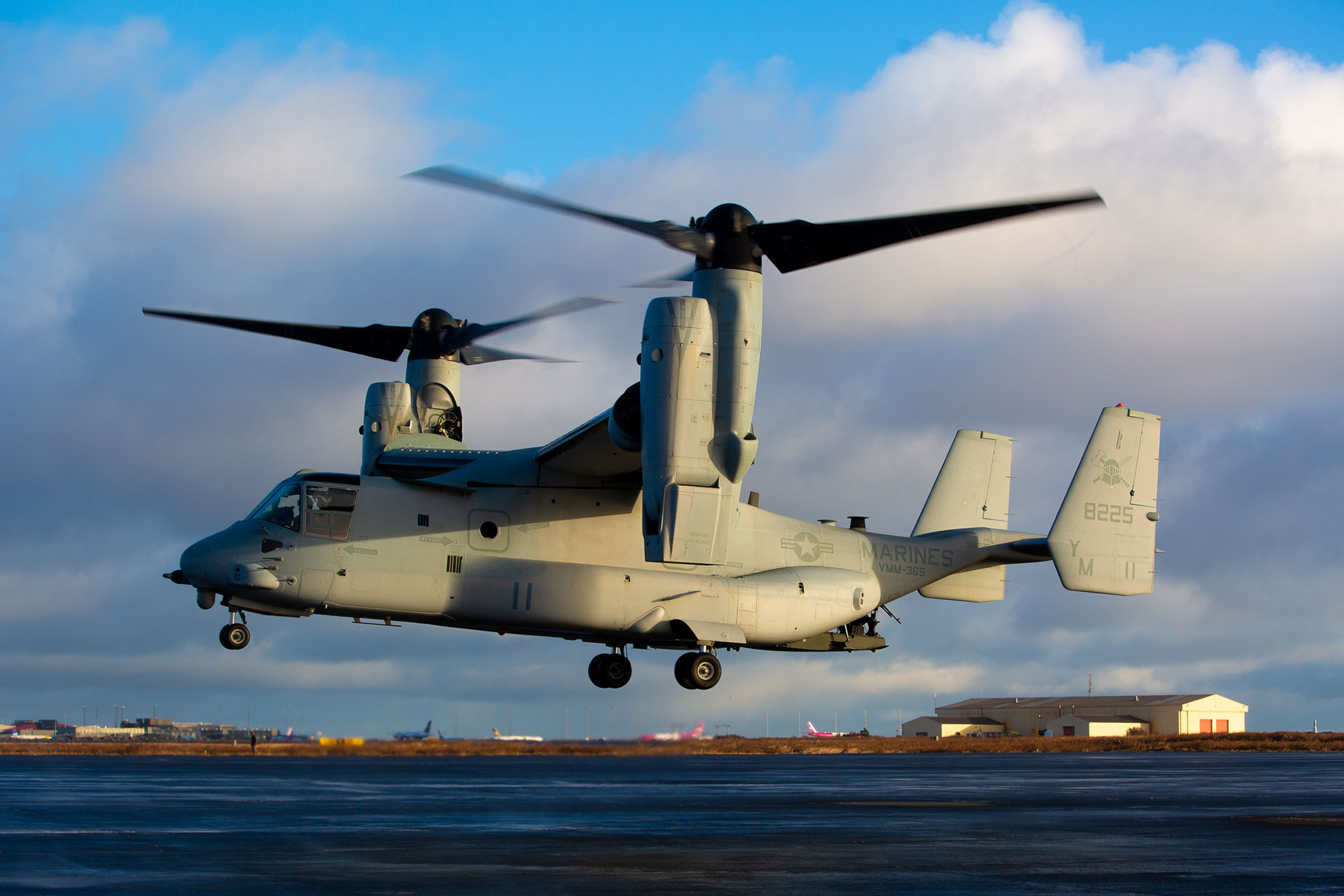 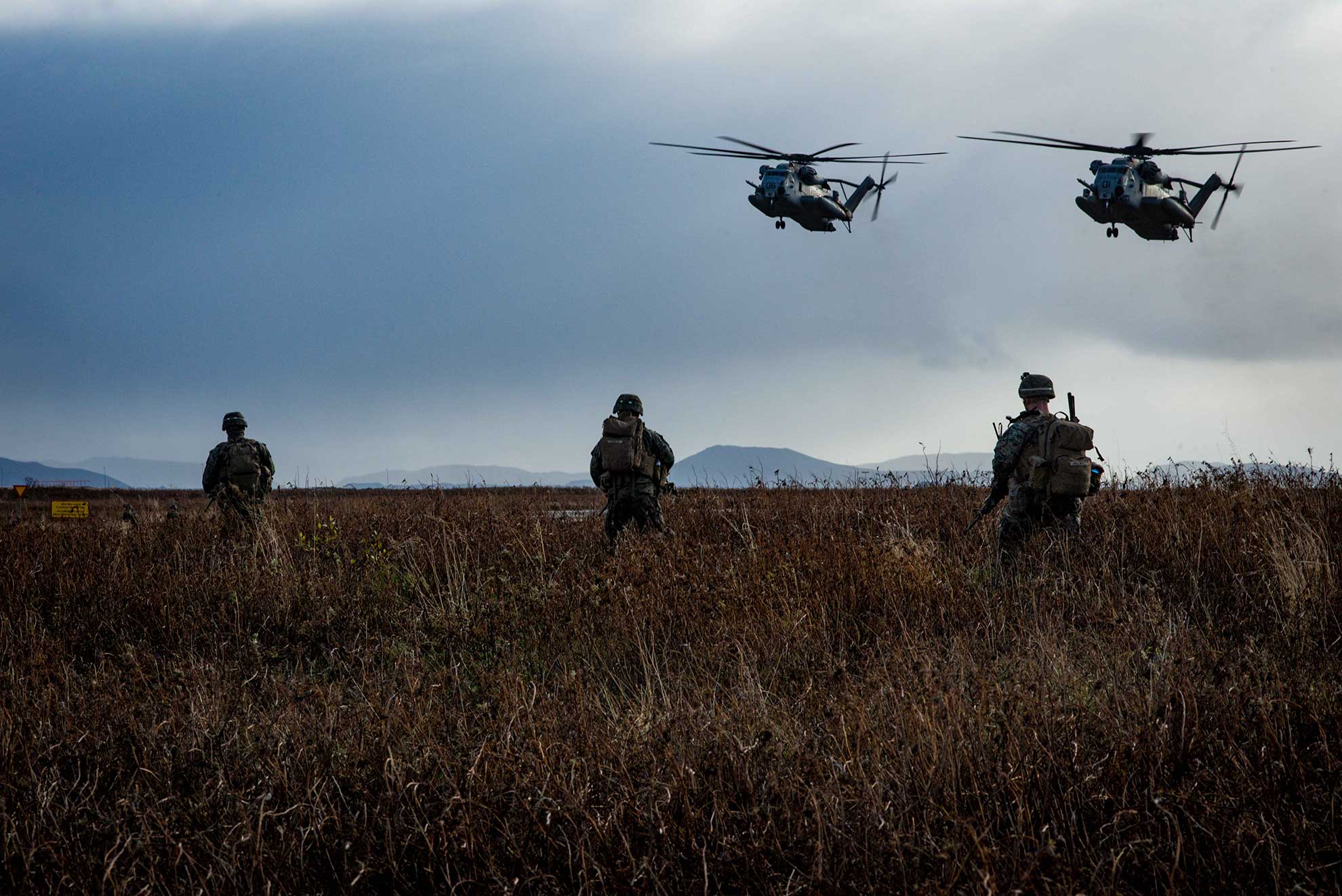 Trident Juncture 18 involves both a command post exercise and a live-execution portion, with the live-execution to begin Oct. 25 with U.S. forces training alongside NATO allies to work effectively, swiftly and collectively, to respond to threats from any direction and in any location. Some major U.S. elements of the exercise include: a naval exercise in the Norwegian Sea involving the Harry S. Truman Carrier Strike Group and the Iwo Jima Expeditionary Strike Group working alongside allied and partner navies, a large-scale amphibious assault and combat operations in Norway; U.S. Air Force fighter aircraft flying from locations throughout Norway, Sweden and Finland, and U.S. Army Apache helicopters flying in support of a NATO allied ground forces. 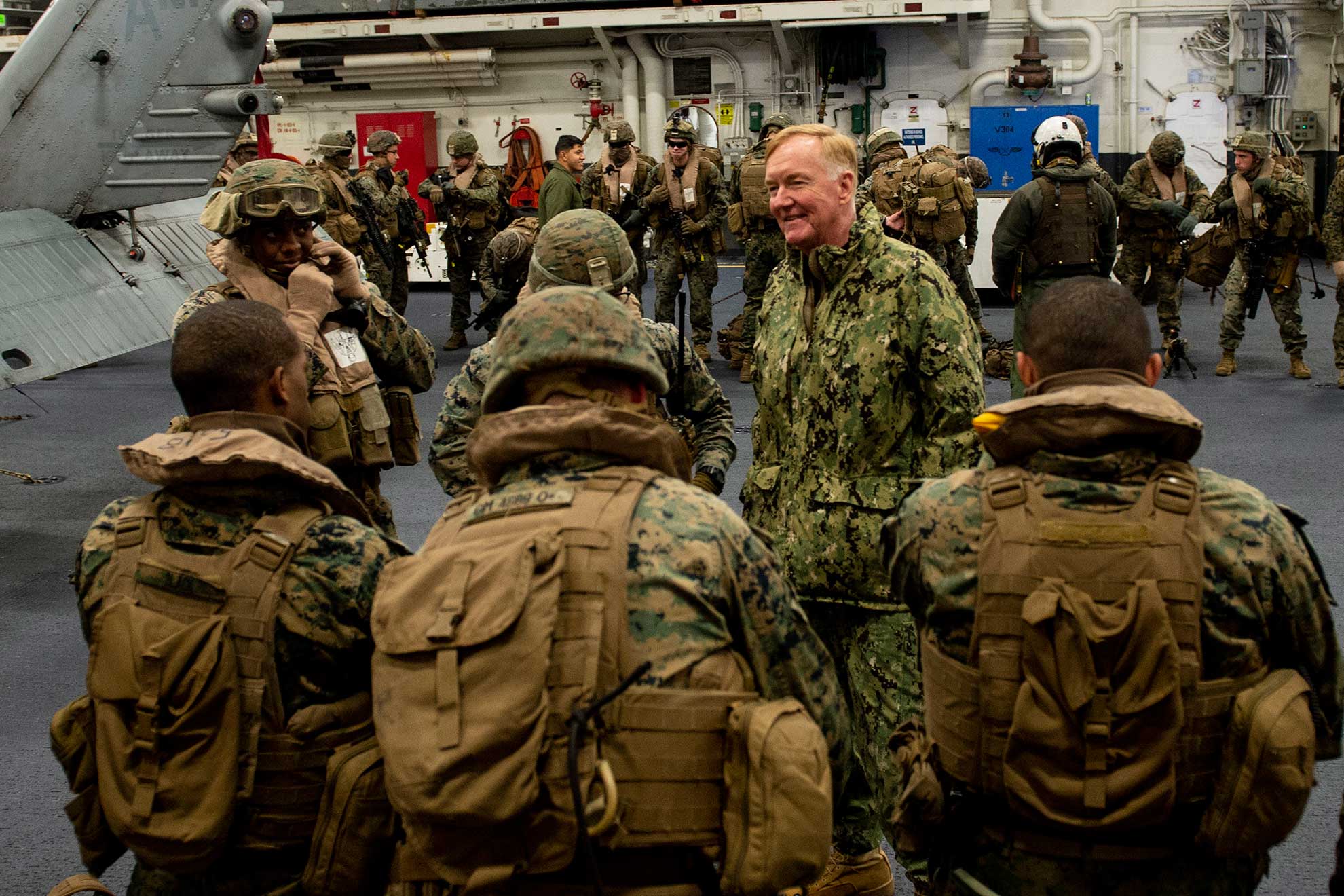 Exercising those tactics and procedures in different environments, as well as understanding the layout of the landscape, enables NATO forces to improve their readiness and interoperability.

The United States stands firm with our NATO allies and partners and looks forward to taking part in this historic training opportunity.