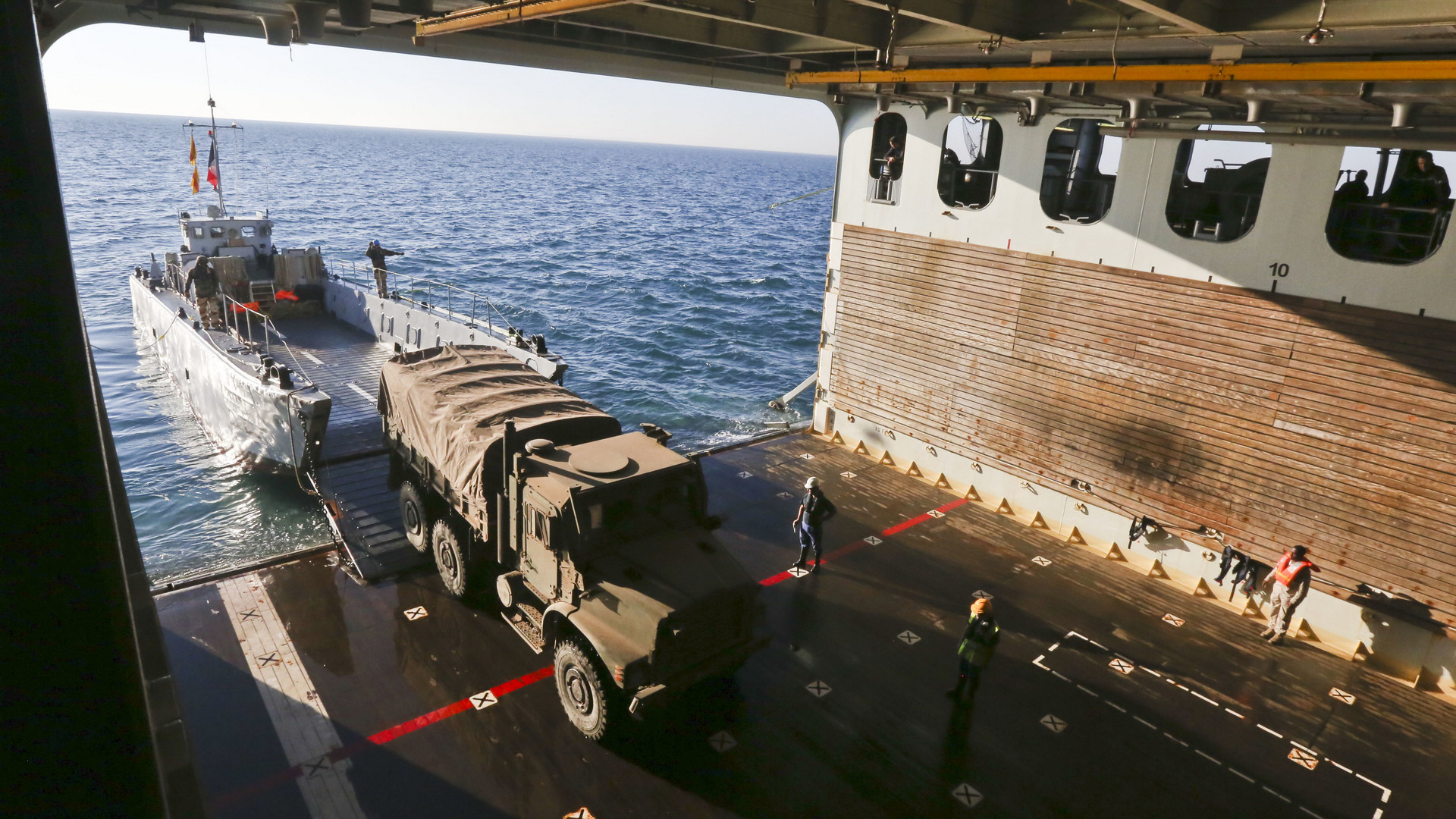 “This bilateral operation provided an invaluable opportunity for our countries to enhance capabilities in critical mission sets inherent to the U.S. Navy-Marine Corps team operating in the region,” said Capt. Todd Glasser, commander of the combined U.S.-French landing force embarked aboard Tonnerre as part of TF 51/5. “France and the U.S. share a valuable partnership and a leading role in providing regional security and we welcomed the opportunity to work together to support regional stability, freedom of navigation and the free flow of commerce.”

The deployment, dubbed “Bois Belleau 100”, commemorated the 100th anniversary of the World War I Battle of Belleau Wood, where the U.S. Marine Corps’ 5th and 6th Infantry Regiments fought alongside French forces for a strategic stretch located in France’s Belleau Wood.

“The alliance between France and the United States is indeed a historic one, with the United States representing one of the first allies of France,” said Ambassador of the French Republic to the Kingdom of Bahrain Cécile Longé. “Paris and Washington share a long history of military cooperation, spanning more than two centuries, which includes France's support during the American Revolution. This alliance is constantly reaffirmed. Today, in an unstable and uncertain world, the United States is an essential partner – a strategic partnership based on joint security interests and joint perception of threats.”

According to Glasser, one of the first orders issued to the French Amphibious Task Group (ATG), comprised of the Tonnerre and the Horizon-class air defense destroyer Chevalier Paul, was to participate in Alligator Dagger – TF 51/5’s premier integrated combat proficiency training for subordinate units entering the U.S. Central Command’s (CENTCOM) area of responsibility. Specifically, this bilateral training (held off the coast of Djibouti) enables military forces to hone their skills in amphibious operations, air defense, non-combatant and medical casualty evacuations, replenishment-at-sea, tactical recovery of aircraft and personnel as well as combat marksmanship and visit, board, search and seizure evolutions.

The U.S.-French team followed up with a series of exercises throughout the Middle East, aimed at building capacity and capability with regional militaries including Kuwait and United Arab Emirates (UAE).

“The deployment started with amphibious operations in Djibouti during Alligator Dagger and moved to the Arabian Gulf with Alligator Thunder,” said U.S. Marine Maj. Christopher Warnagiris, operations officer for the U.S. landing force command element aboard Tonnerre. “We ended with an exercise in Kuwait during Alligator Lightning, where we employed SPMAGTF-CR-CC to conduct our first tactical use of the MV-22 Osprey aboard a French ship, which entailed deck landings and amphibious raid exercises.”

Warnagiris noted that while there were many firsts during the deployment, the inclusion of a new R2LM team was one of the highlights. Although it was designed to support U.S. and North Atlantic Treaty Organization forces or allied ships to perform en route emergency care, the R2LM team offered critical care capabilities during the multilateral exercises aboard Tonnerre.

“We successfully integrated with the French medical team and proved that we can conduct maritime operations on a NATO-allied vessel and various medical and amphibious operations,” said Lt. Cmdr. Patrick Magajna, a R2LM emergency medicine physician aboard Tonnerre. “Even though we did business a little differently and experienced a language barrier in the beginning, we managed to work through the challenges quickly.”

According to Glasser, the integration of U.S. and French forces aboard Tonnerre ranged from communication support and intelligence to administration and logistics operations. The exercises were a continuation of the professional development of our forces, allies and partner nations and furthered our efforts toward ensuring regional stability in one of the most dynamic regions in the world.

“It is important that we take a moment to recognize the significance of our partnership with our countries over the last century,” said Glasser. “Though decades have passed, our resolve to work together to preserve regional stability remains steadfast. We are proud to call the French an invaluable partner and more importantly, our friends.”

“Working with the U.S. Marines and Sailors aboard the Tonnerre was a very good experience,” said Second Master Marine LePage with the information management cell aboard Tonnerre. “It wasn’t easy at first because of the language barrier, but it was great because we discovered a lot and used the occasion to improve our English and learn from each other. If I have another opportunity, I’d really appreciate working with the U.S. again. The Tonnerre deployment was a great time and it was nice to work with the U.S.”

The ATG operated in the CENTCOM area of responsibility from November 2017 to February 2018. The Tonnerre’s Air Task Group reported to Commander, U.S. 5th Fleet and was under tactical control of TF 51/5 but also remained flexible to conduct multiple missions simultaneously in support of France's national tasking operations as required.